Leon Jamaer won “De Slag om Domburg” 2017, which took place in Domburg (Netherlands) at the end of October. Last year’s winner Dieter van der Eyken, who was forced to watch the action from the beach due to his foot injury wrote an article about the event.

Leon Jamaer: “The Slag om Domburg is a really well organized stand-by event in the southern region of the Netherlands. As a few friends and I were on a road trip through the country we spontaneously signed up for the competition. At first I wasn’t too sure if I should compete because I was the only PWA rider. The organizer then assured me he would like me to compete and I better sail good because the locals kick ass! I took him by his word gave everything and won in the end. The conditions were nice but also tricky and mostly waveriding, so my experience payed off a little. Normally at that spot it’s a jumping feast and I know some of the guys get some serious height regularly so I guess as current champ I will have to come back next year and defend it in proper jumping conditions.” 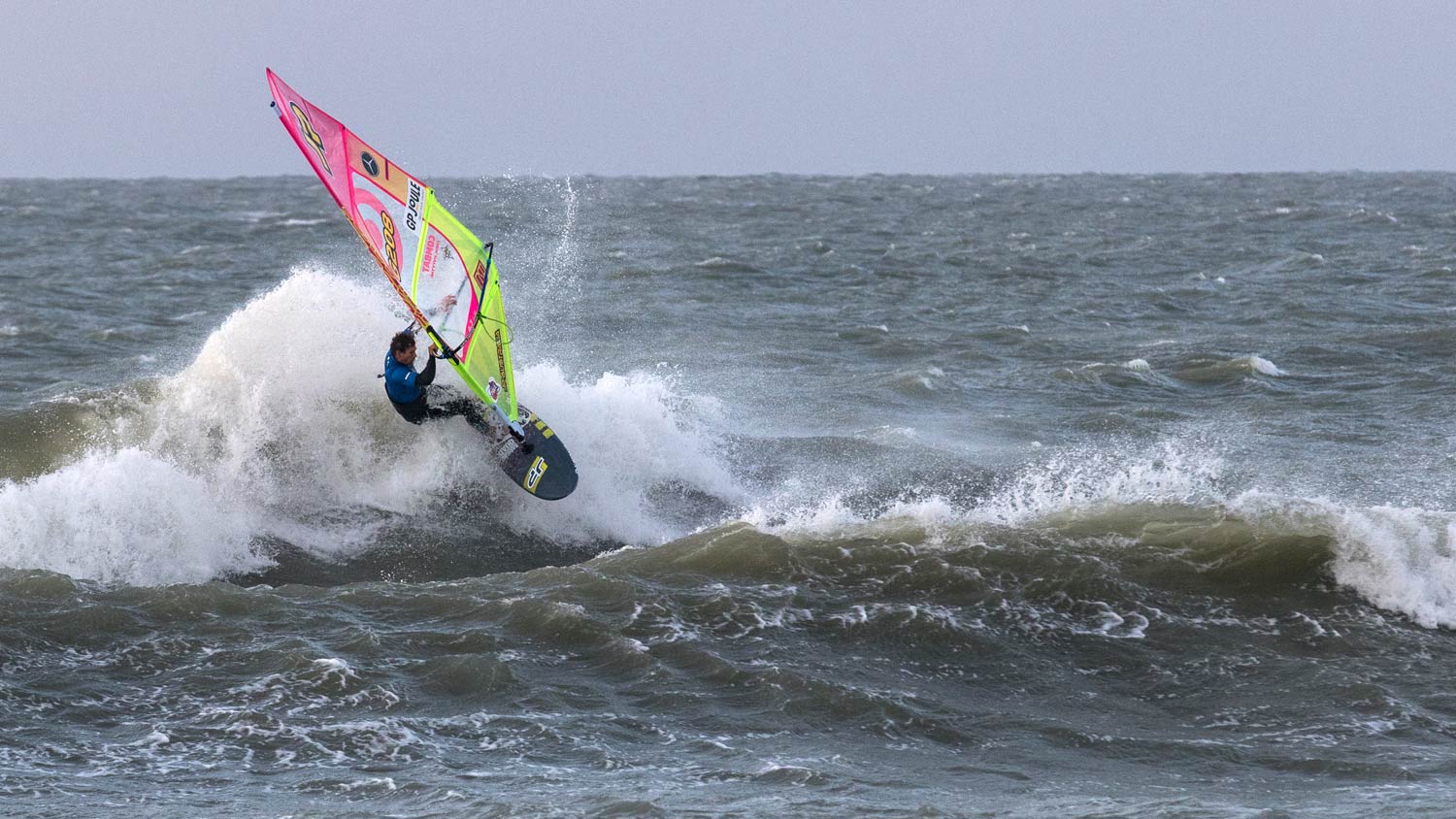 After a waiting period of 6 weeks, storm Brian brought solid conditions for the second edition of the event.  With Wednesday still predicting up to 50 knots for Saturday the decision was made to give the contest the green light!

With many big names on the entry list great action was assured. Besides the local sailors we also had freshly crowned Dutch Wave Champion Kevin Mevissen, German top wave rider Leon Jamear and his close friend Max Droege as some of the favorites for the event. I won the event last year but had to withdraw from the event due to my injury but still I was there to help the organisers by judging the event.

On Saturday morning all 48 competitors where present and ready to compete. The conditions didn’t really fill in in the beginning and with the wind direction being quite southerly the start was delayed till around 13.00 p.m. 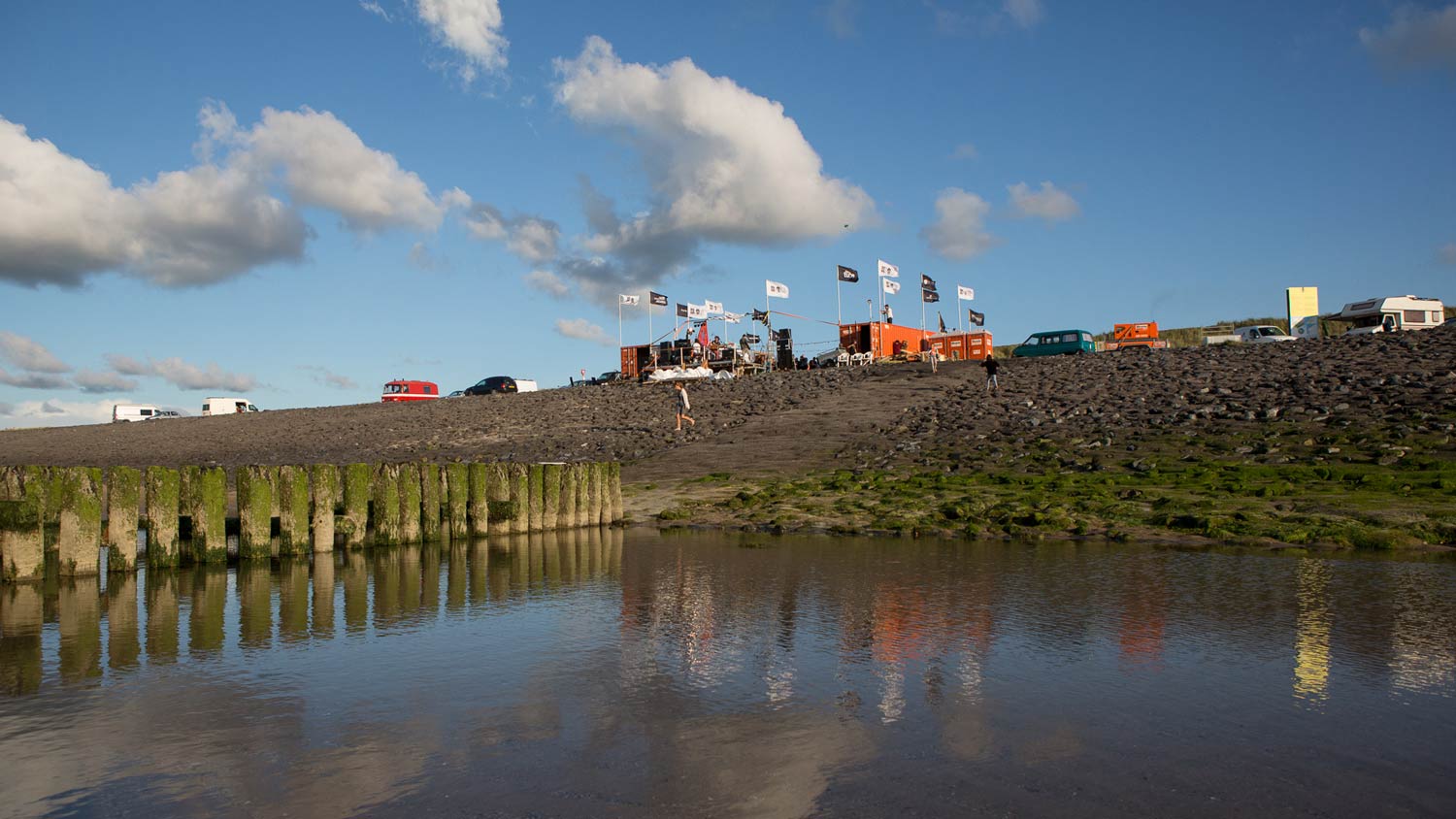 Although the wind stayed pretty light (around 20 knots) the waves were looking a lot more consistent. Togetter with the side offshore wind, the riding conditions looked ideal for multiple turns or Aerials on a wave! Because we were already racing against the time we started to run the first round in 8 man heats of 15 minutes with just 2 waves to count. Pieter Bijl was by far the standout sailor in this round proving the conditions were excellent if you knew to get yourself in the right place! After a great opening turn he attacked the lip for a great Aerial showing everyone what was possible in those conditions.

With the wind picking up more towards the second round the descision was made to add a jump and go back to 12 minute 4 man heats. With the rain squalls passing by the wind picked up to over 30 knots at times and the action only got better. Thewes de Boer impressed with a solid heat. Thewes went higher in every Pushloop he did on the way out and improved his wave riding score each time he sailed in. Eric Rutjes gave Leon Jamear a run for his money, who couldn’t really line up his jumps in this heat. Leon still managed to make the difference on wave riding and both qaulified for round 3. Eva-Oude Ophuis and Max Droege found themself on probably the best set of the day during this round with Eva almost doing enough to make it all the way into 3rd round being the only female competitor! 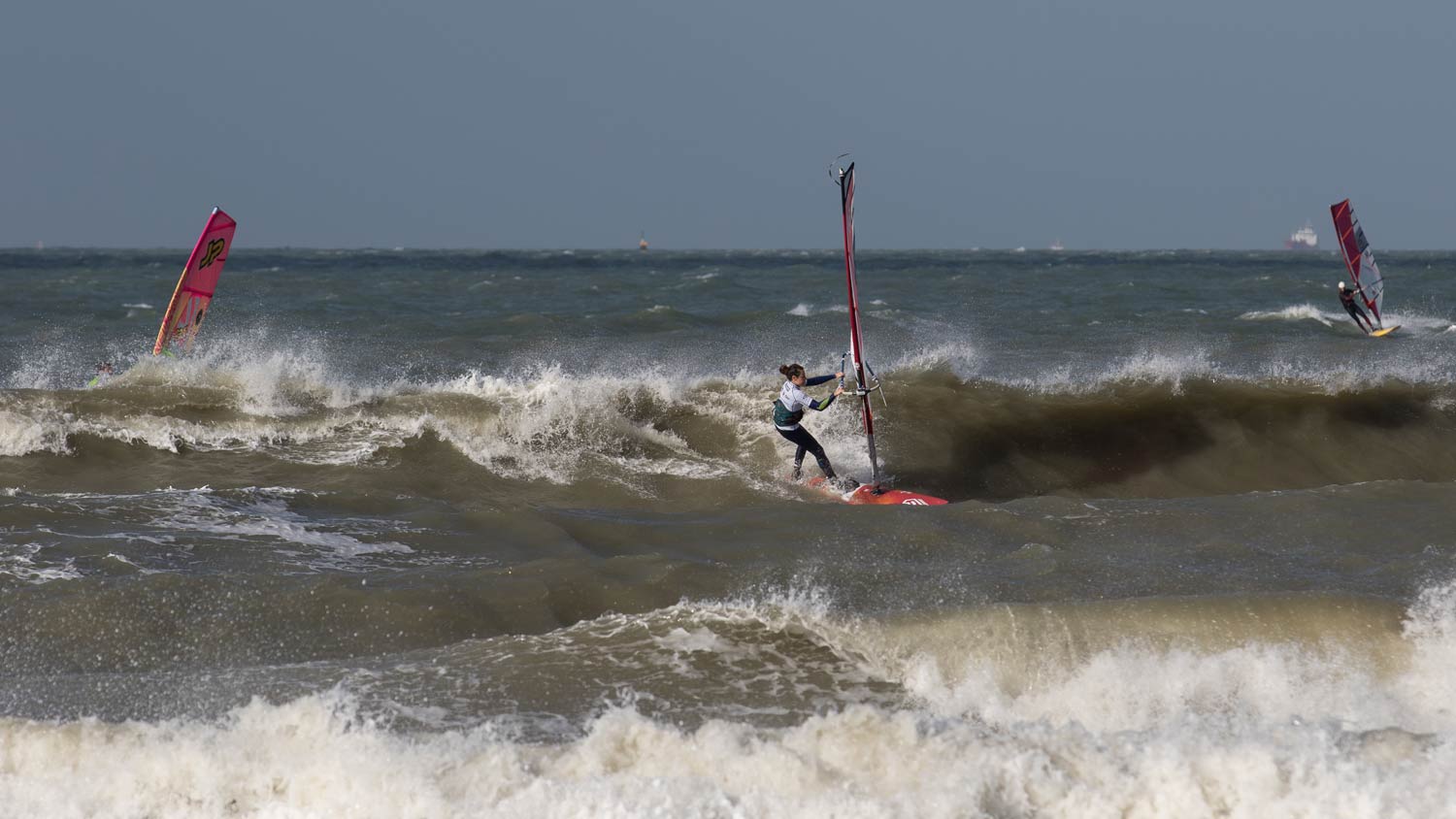 With the quarter finals underway the action just got better, everyone wanted a place within the top 8 and risked even more in jumping than in the previous rounds. Pim opened up the double forward tap with Max Droege and Leon Jamear following quite soon after him. Co-event organiser Sven Akkerboom produced one of the best and biggest Aerials of the day to fight for a last minute place into the semi-final… and with success!

With only half an hour of light left the decision was made to run a 8 man final. Not the easiest for the judges but the most fair for the competitors. 20 min of pure action made it the perfect end to a great day of competing. Max Droege looked on a mission scoring the first high scoring wave of the final and was looking towards a potential event win in front of favorite Leon Jamaer. Sadly enough for Max things didn’t go his way, after going for a Double Forward a bit too vertical he ended up with a broken mast. This ended his competition with a 15 min swim back to the beach and stopped his chances to take the win. With Leon getting a Double Forward in the first part of the heat the only thing he started to look for were waves. Eric Rutjes, Erik Landmeter and Robby De Wit in the meantime where racking up points in an attempt to catch up with Leon but after he put down the best wave of the final with multiple turns, an Aerial and a Taka there was only a fight left for 2nd and 3rd.

Eric Rutjes didn’t find his rhythm in the beginning of the heat but after scoring a good wave his confidence went up and before we knew it he went from last to clear second. Scoring 2 waves and a jump within 3 minuts to claim second place for the second year in a row. Robby De Wit was looking good for 3rd place but with just a few minuts to go he still didn’t really have a good second backup wave-score leaving the door wide open for Erik De Landmeter who just missed out on the podium last year. Erik definitely wanted a spot on that podium and did so by scoring a second good wave in the last 2 minute of the final. Erik took the last spot on the poduim in front of Robby De Wit who just missed out after an outstanding performance during every heat.

With the sun setting, the special DSOD brewed beers were opened and everyone could look back on another accomplished competition where the fun, friends and a good time where the main objectives! Up to next year! 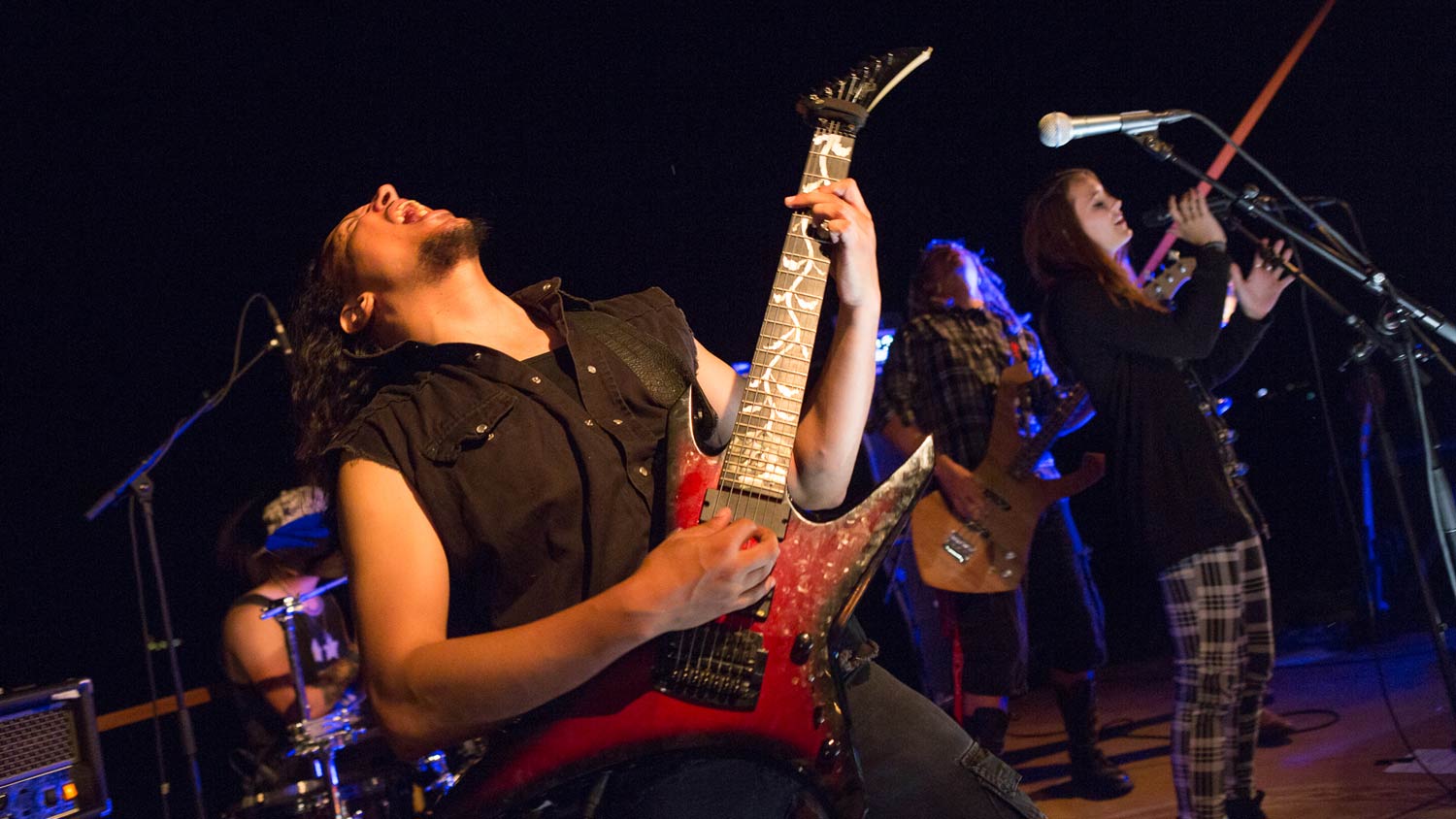 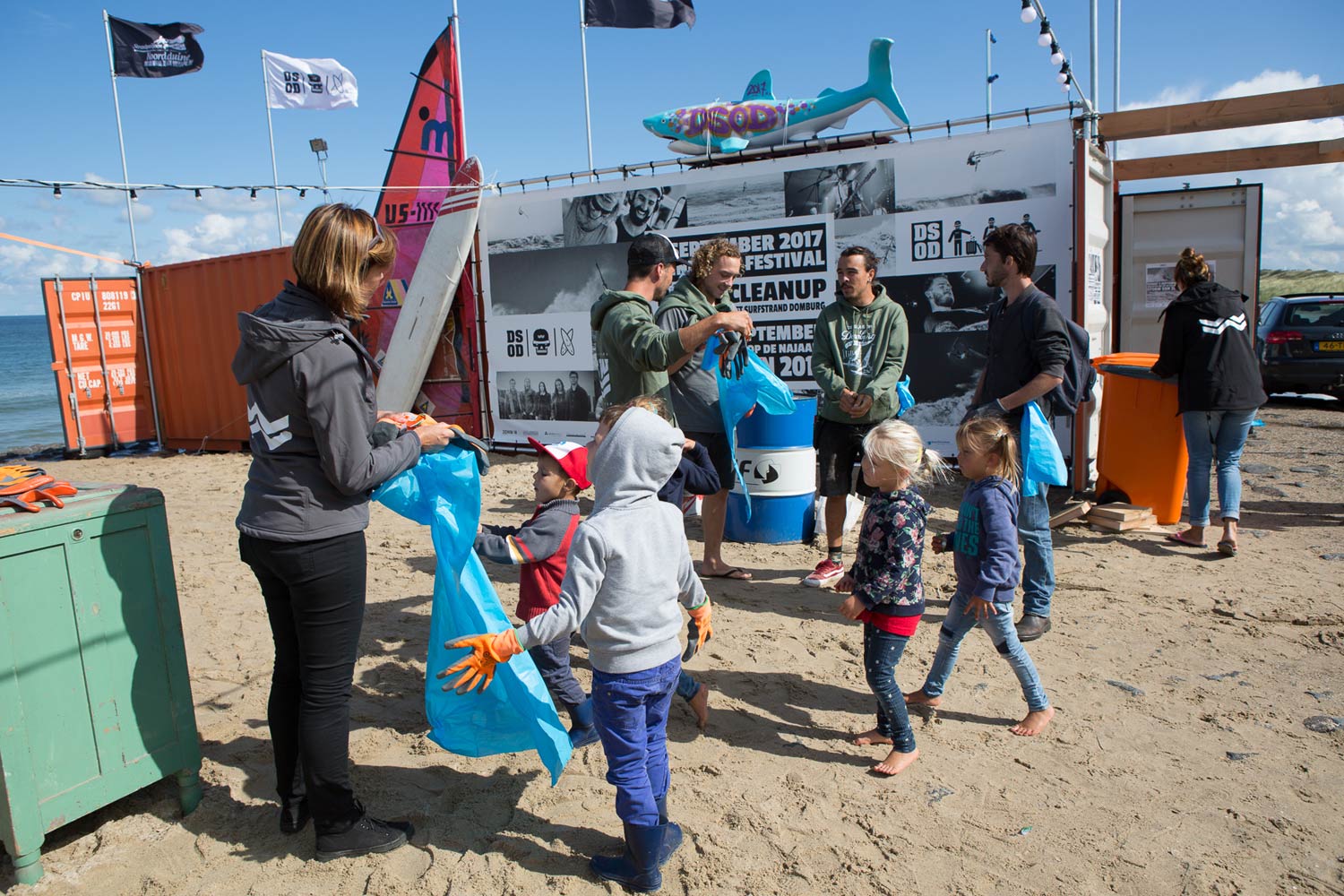 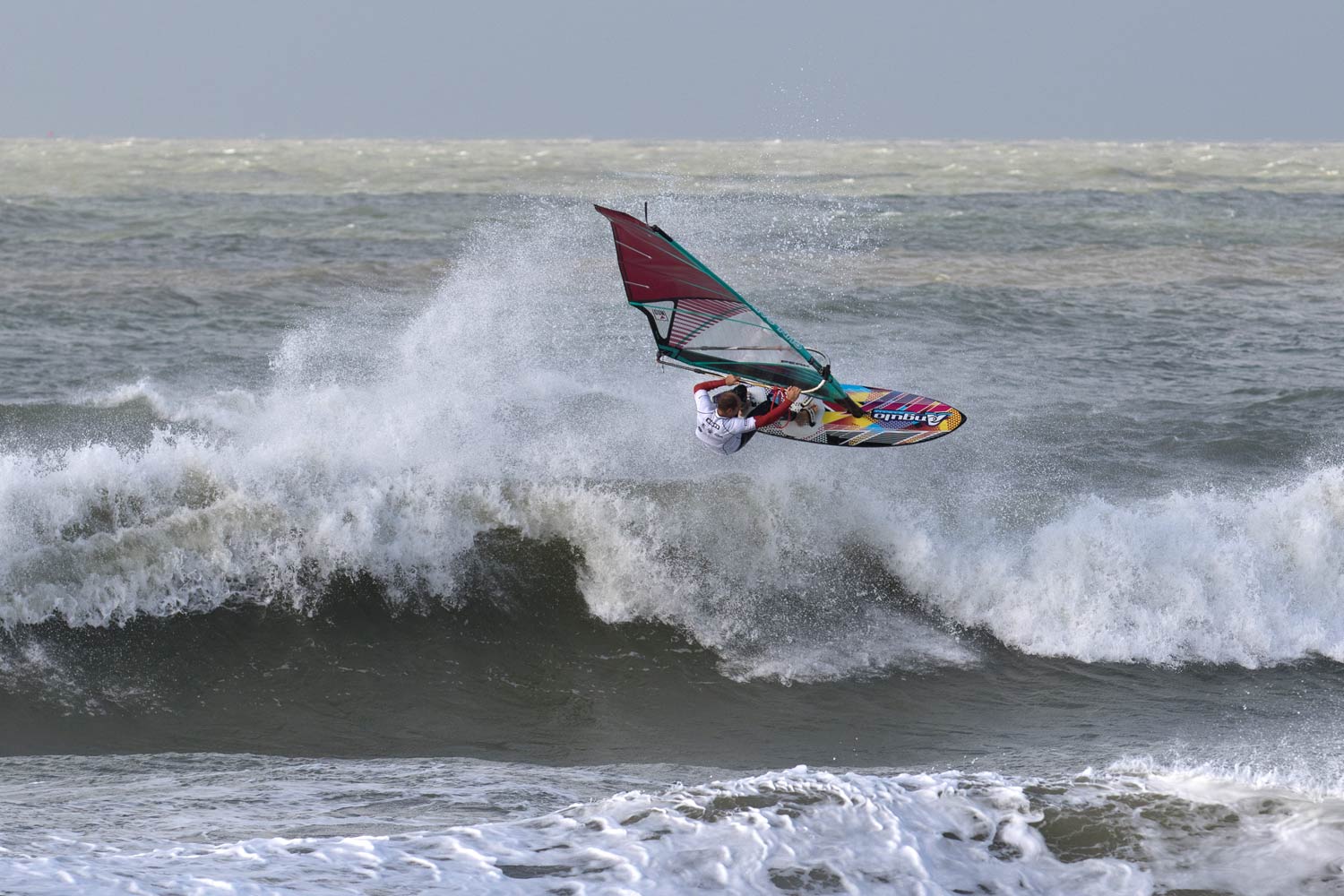 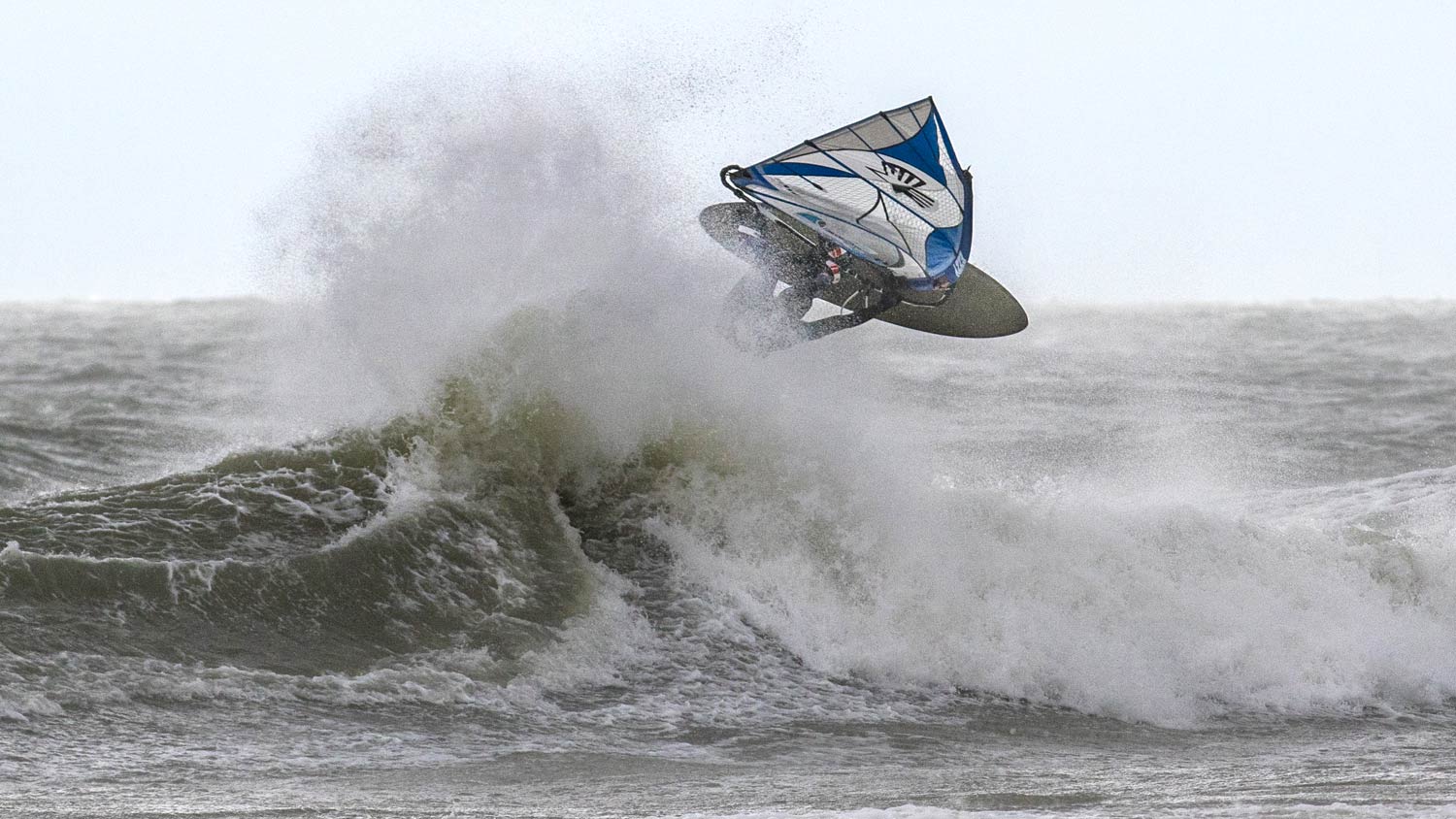 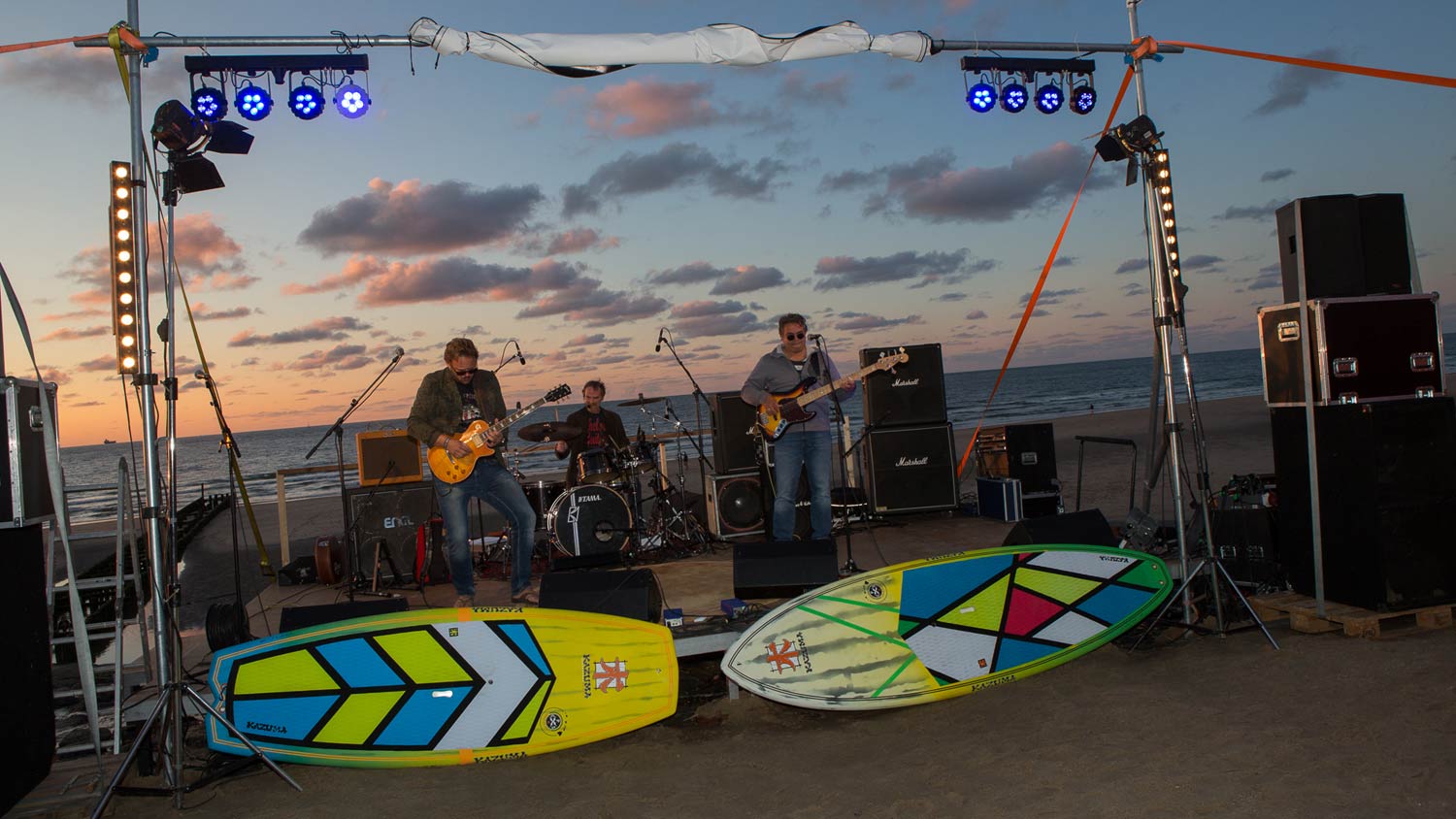 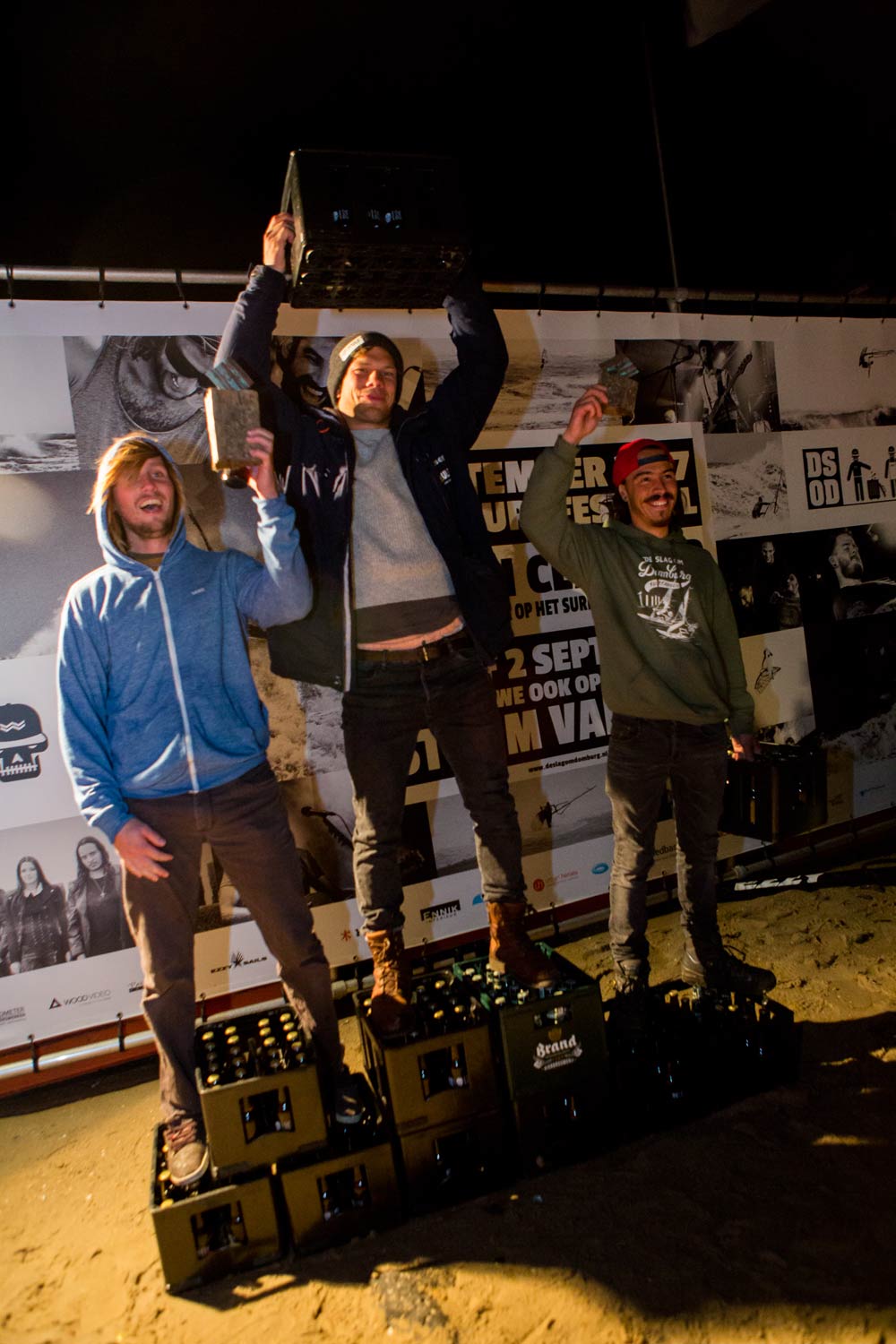 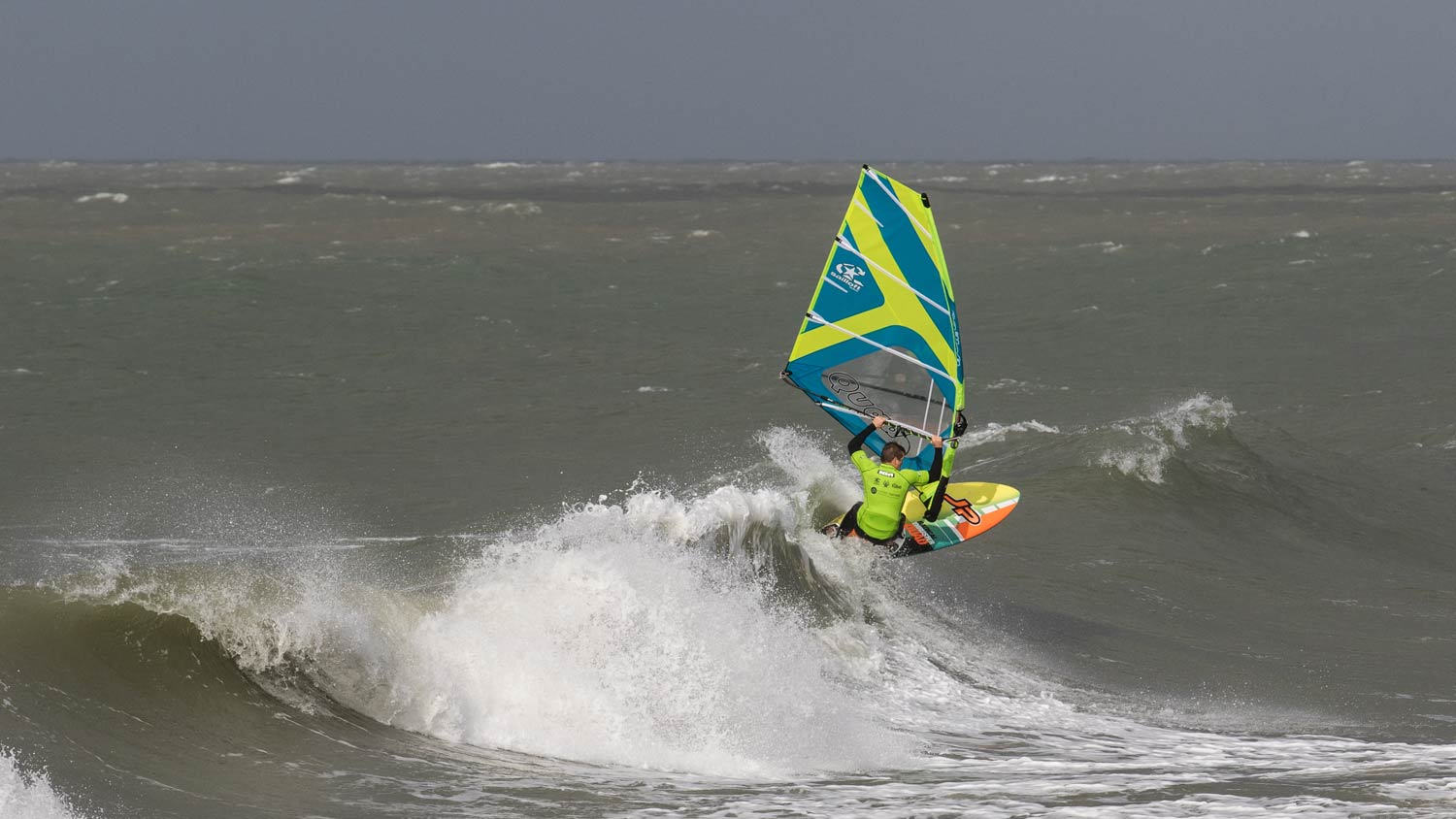 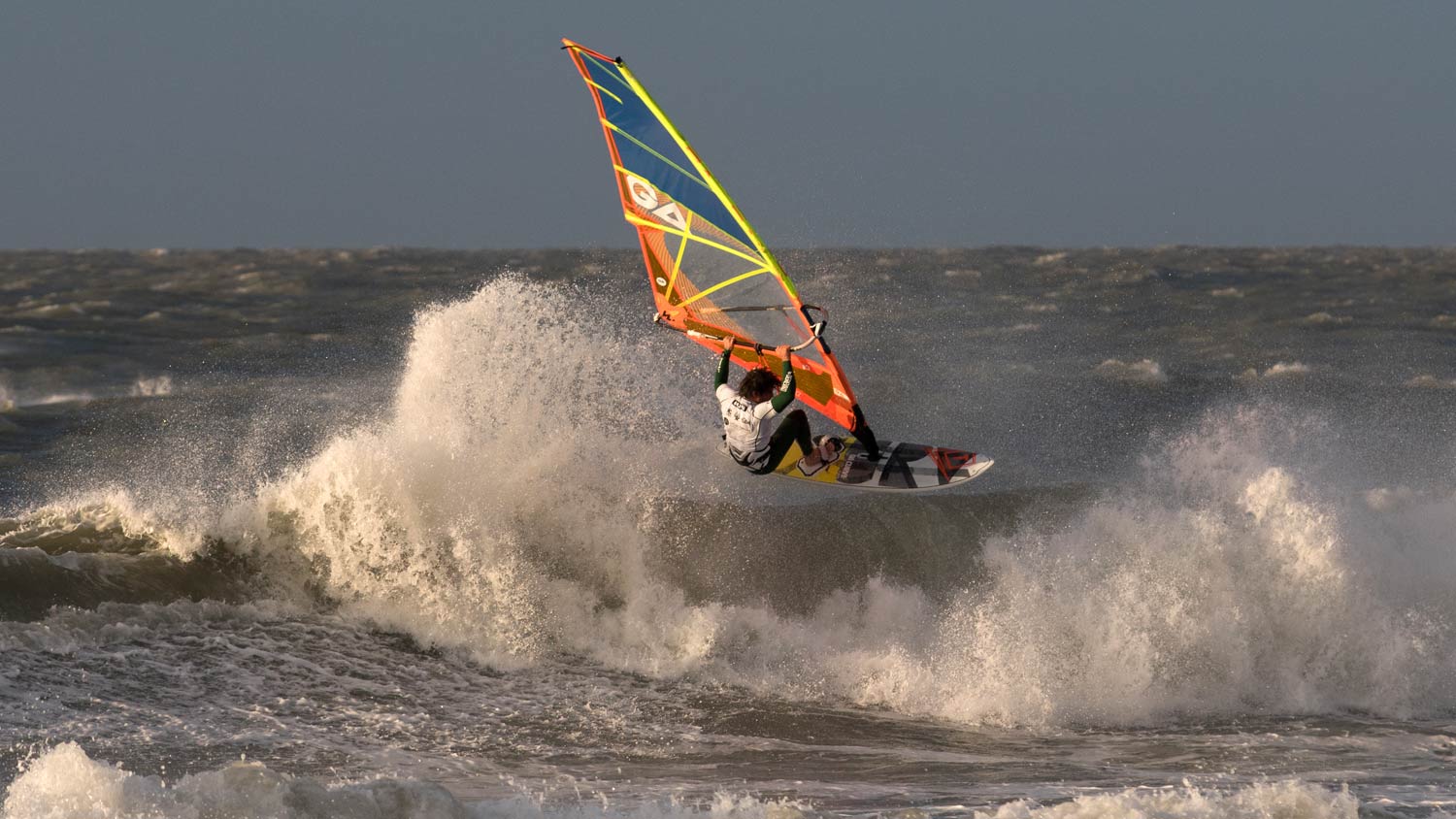 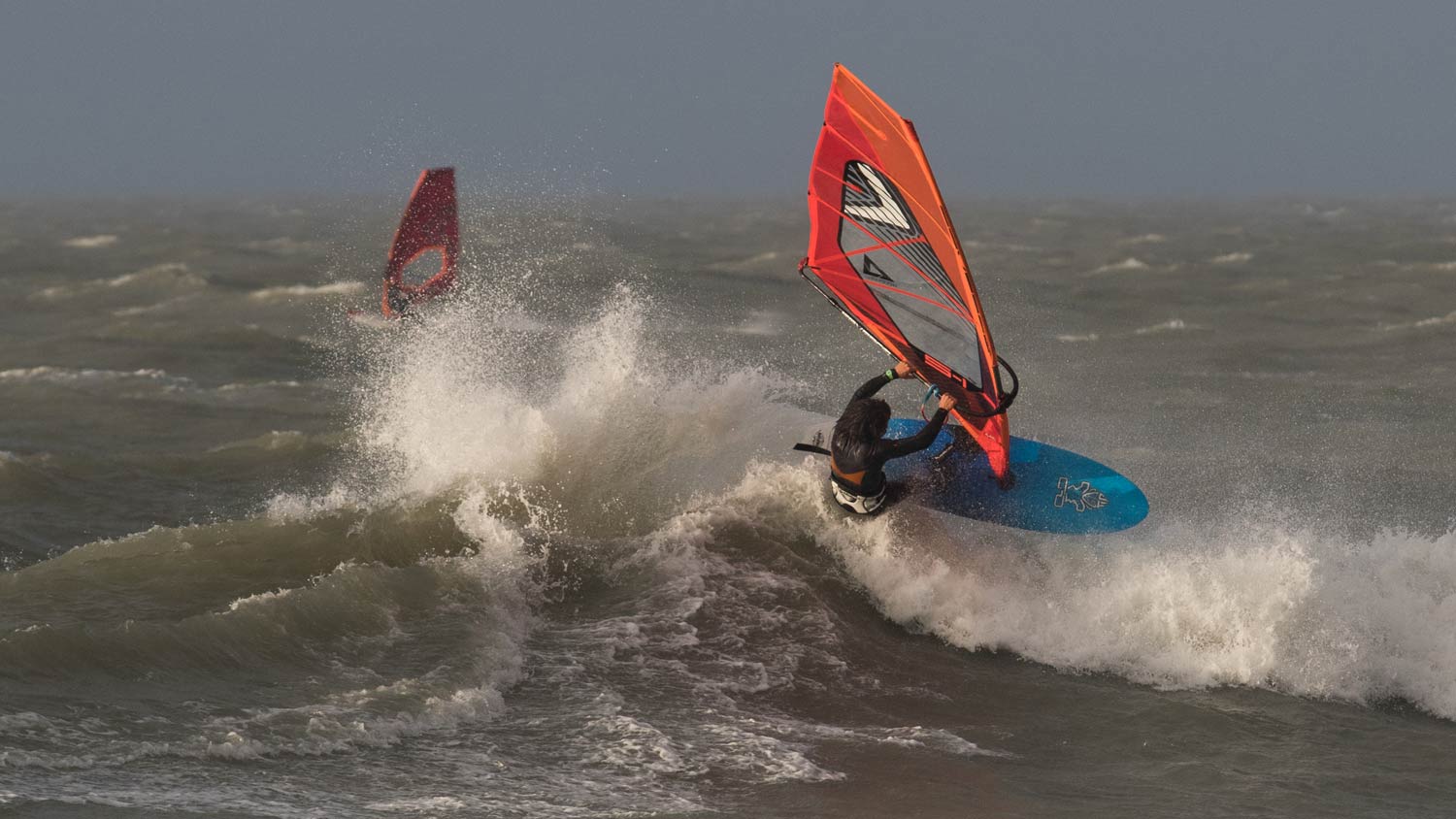