French freestyle windsurfing pro Adrien Bosson had a great summer at home in South of France. Adrien is not only a great freestyler and number 6 in the PWA overall freestyle ranking but also an amazing wave sailor. In addition to the video we did an interview with Adrien. We spoke about his season, his windsurfing center, winter and next season plans and he also told us his favourite spots in southern France.

Continentseven: Great video, big action Adrien. Very well done. When and where did film all the action?
Adrien Bosson: I made this clip with Chris Tallen Schmit. He came to Six-Fours in August and luckily we had great westerly winds to film a few sessions. The freestyle action we filmed in the afternoon in between two windsurfing lessions in front of my windsurfing school in le Brusc. This is also the spot I’ve learned to windsurf and I still love to sail there with all locals & friends. It is side-on port tack with chops and swell and great for all kind of freestyle moves. The wave action we filmed at La Coudoulière in the evening when the wind turned more to the north and delivered starboard tack conditions. I have to say that we scored pretty decent conditions for the summer period!

Continentseven: Who was behind the cam and who edited the video?
Adrien Bosson: Chris Tallen Schmit filmed and edited everything and there are a couple of additional shots from a local kid Valentin Bottex. Chris also made the french freestyle movie Hexagone with Antony Ruenes, Nico Akgazciyan, Antoine Albert, Sam Esteve, Julien Taboulet and Thomas Traversa.

Continentseven: The competition season is over. How was it for you?
Adrien Bosson: Well it was a short and intense season. Two events on the PWA Tour with really great conditions at both events. We have been pretty lucky since last year with the wind at World Cup events and we could show amazing action. I’m happy to finish 6th in the overall ranking but felt a bit unlucky in Sylt. I was on form but crashed an Air Skopu in my last heat which would have made the difference and probably would have put me on 5th overall. No room for any mistakes!

Continentseven: What do you miss to make it on the podium?
Adrien Bosson: I think just small things are missing wich would make a big difference. It is always hard to show your best at the right moment and this is what you need to be on the top places. I think I need to step up my game to be more consistent in all the big tricks and of course be mentally prepared. This is probably the most important. I have won the EFPT Toro Andaluz even in Tarifa and I am still pretty stoked about that. I’m thinking for next year to work less at the windsurfing center and to have more time to sail, train and have fun. Maybe this would give the extra little boost to reach the top!

Continentseven: Did you land any double Air Culos yet?
Adrien Bosson: Ahah no I never landed a proper double Air Culo yet, but I definitely will train the move this winter!!

Continentseven: Do you think freestyle windsurfing has experienced a boost recently because of all these crazy air moves?
Adrien Bosson: I don’t know if freestyle windsurfing experienced any boost, but what is sure is that it’s fantastic to see freestyle going this way and we train these new moves. It for sure is better than freestyling with 5.2m in 15knots! All freestylers love to sail in strong winds with proper chop/waves now. 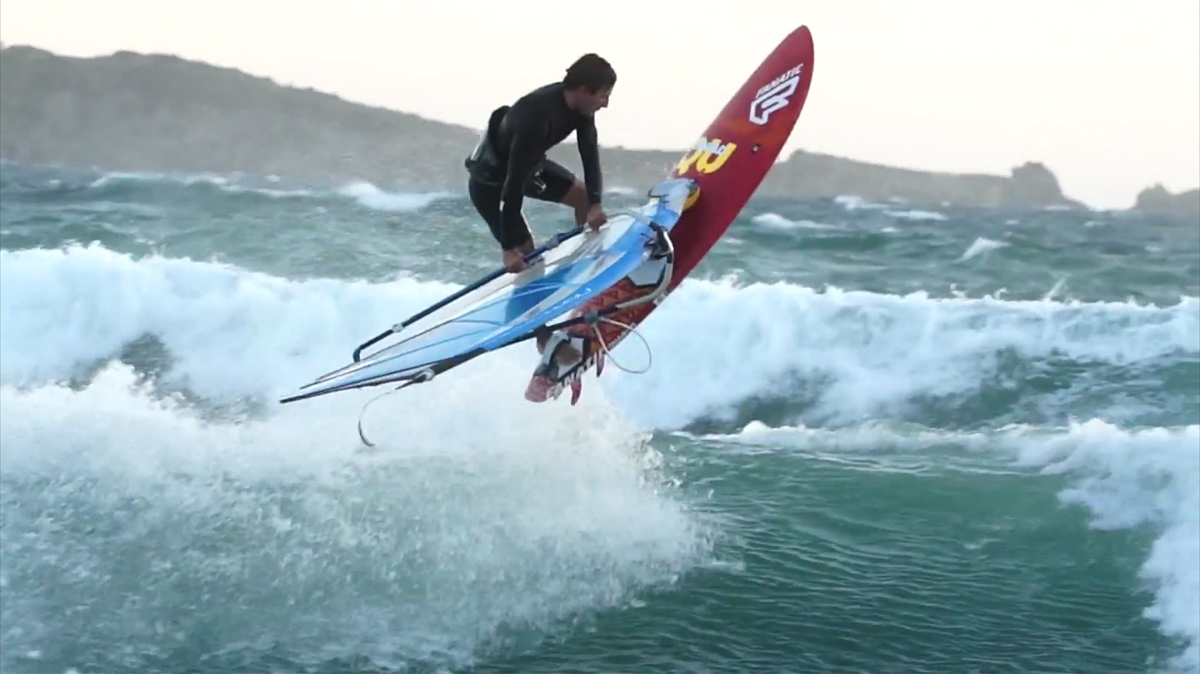 Continentseven: You used to organize an EFPT event at the end of the season. What happened and will we see a comeback of the event in 2018?
Adrien Bosson: The European Freestyle Expression, the final event of the EFPT Tour, in Six-Fours was a great event and I have so many good memories from all the events wich happened since 2009. Unfortunately it was always hard to find the funds to make it happen every year and we didn’t see any improvement the last couple of years besides all the efforts we and especially my dad put into it. We will maybe organize a new edition soon, but we need to manage everything perfectly to have the greatest event.

Continentseven: In your actual video you show a lot of great wave action. Is wave windsurfing your new passion?
Adrien Bosson: I have always been doing waves in Six-Fours, when the Mistral is really strong. It becomes so hard for freestyle and pretty much everyone goes to la Coudou or Brutal Beach as both spots deliver top wave riding/jumping conditions. I love sailing in the waves, it is the same sport but such different style of riding. It comes more natural, the adrenalin it gives is such a great feeling and a perfect mix with freestyle.

Continentseven: Why aren’t you competing in waves yet?
Adrien Bosson: I did some national events and became French Wave Champion in 2015. I got a place in the main event in Pozo this year but decided to stay home during this period because I was really busy. I don’t think I’m gonna do the wave World Tour next year as it takes a lot of time to train two disciplines. I want to keep waves for the fun and don’t want to train for anything or feel the pressure of the competition, just ride for the pleasure for now. Maybe it will come later. 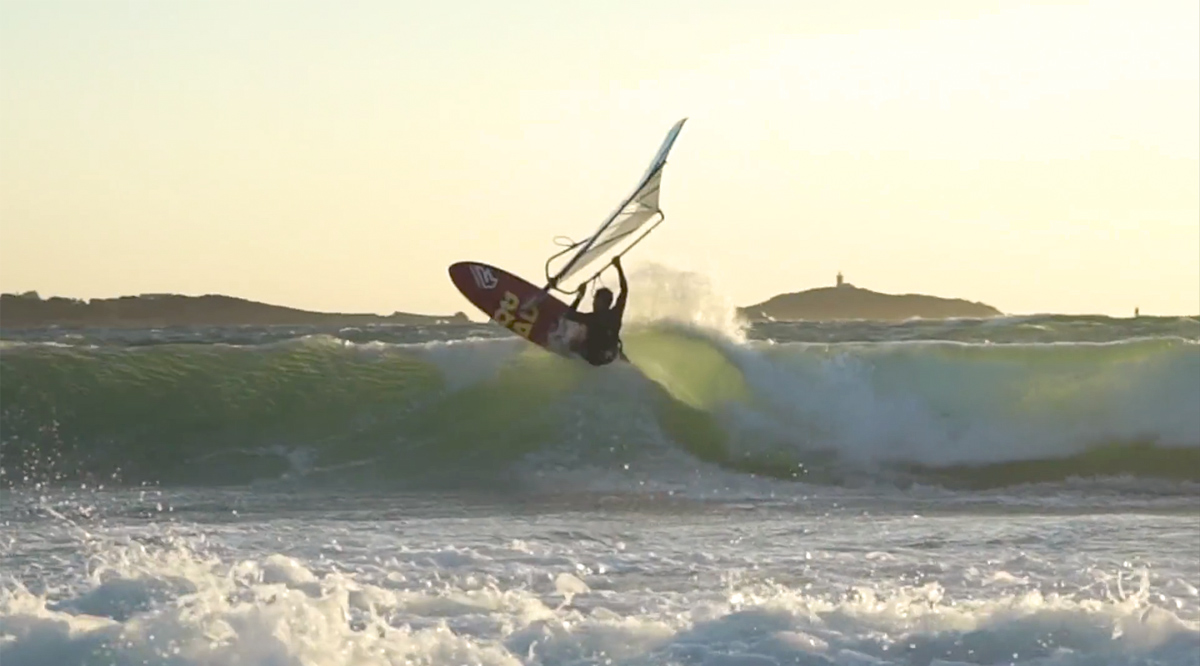 Continentseven: Is the area you live better for wave sailing or freestyle?
Adrien Bosson: The bay of Six-Fours les plages is good for both discipline. Summer is usually better for freestyle/freeride/slalom and winter for waves and then it depends on the wind strength and the swell.

Continentseven: What are your favorite spots for wave sailing and freestyle windsurfing in South of France?
Adrien Bosson: When I’m at home, for wave sailing I’m going mostly to la Coudou with Mistral and Carro with east wind. When the swell is really big there are a few other spots which work only once or twice a year. For freestyle I sail at home in le Brusc, in front of the center or in the lagoon close to l’ile des Embiez with both Mistral and east wind. Sometimes I go to the area of  Leucate for couple of days to enjoy pure flat water riding.

Continentseven: Where will you spend the winter?
Adrien Bosson: Nothing planned for now, I will stay home until beginning of December. I use to go Cape Town every winter, I’m gonna go again because it such an amazing place to windsurf. But I want to go to new places too, looks like I will do a road trip in December in Europe where the wind is blowing!

Continentseven: Thanks for the interview and enjoy your next trips!

Adrien Bosson: Thanks Continentseven for sharing the video and for the interview. See you on the water!