Delphine Cousin, Antoine Albeau & Gonzalo Costa Hoevel are the first winners of the 2018 racing season. The Slalom event in Yokosuka, Japan saw only one completed slalom elimination in the women and men division. Delphine Cousin, who won the final event in 2017 in New Caledonia, won the kick-off event in 2018. Same for Antoine Albeau, who still is the top rider on tour and the measure of all things. On his heels were again Italian Matteo Iachino and Frenchman Piere Mortefon.
In total 63 men were registered and the young generation is definitely on the rise: Tristan Algret (24) in 4th, Jordy Vonk (24) in 8th, Sebastian Kördel (27) in 9th, Maciek Rutkowski (26)in 10th or Ethan Westera (20) in 14th. Antoine Albeau is one of the oldest riders in the fleet with his 45 years but he seems to still have the best speed. 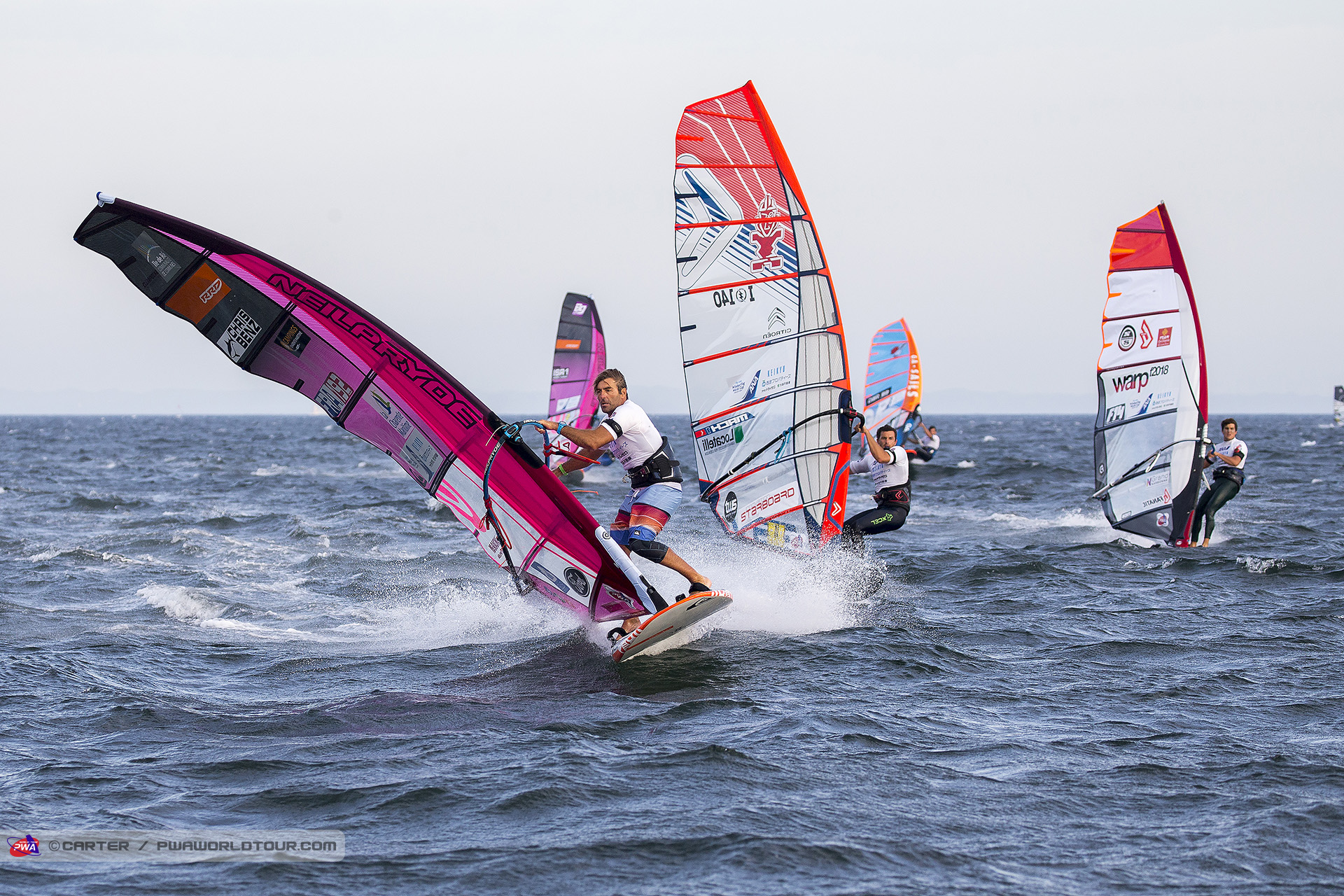 In the ladies fleet it was a battle between Delphine Cousin and Lena Erdil. Sarah-Quita Offringa, the 2017 PWA Slalom champion, used to battle for the top spots too but decided to slow down her slalom career and did not compete. Marion Mortefon finished in third. 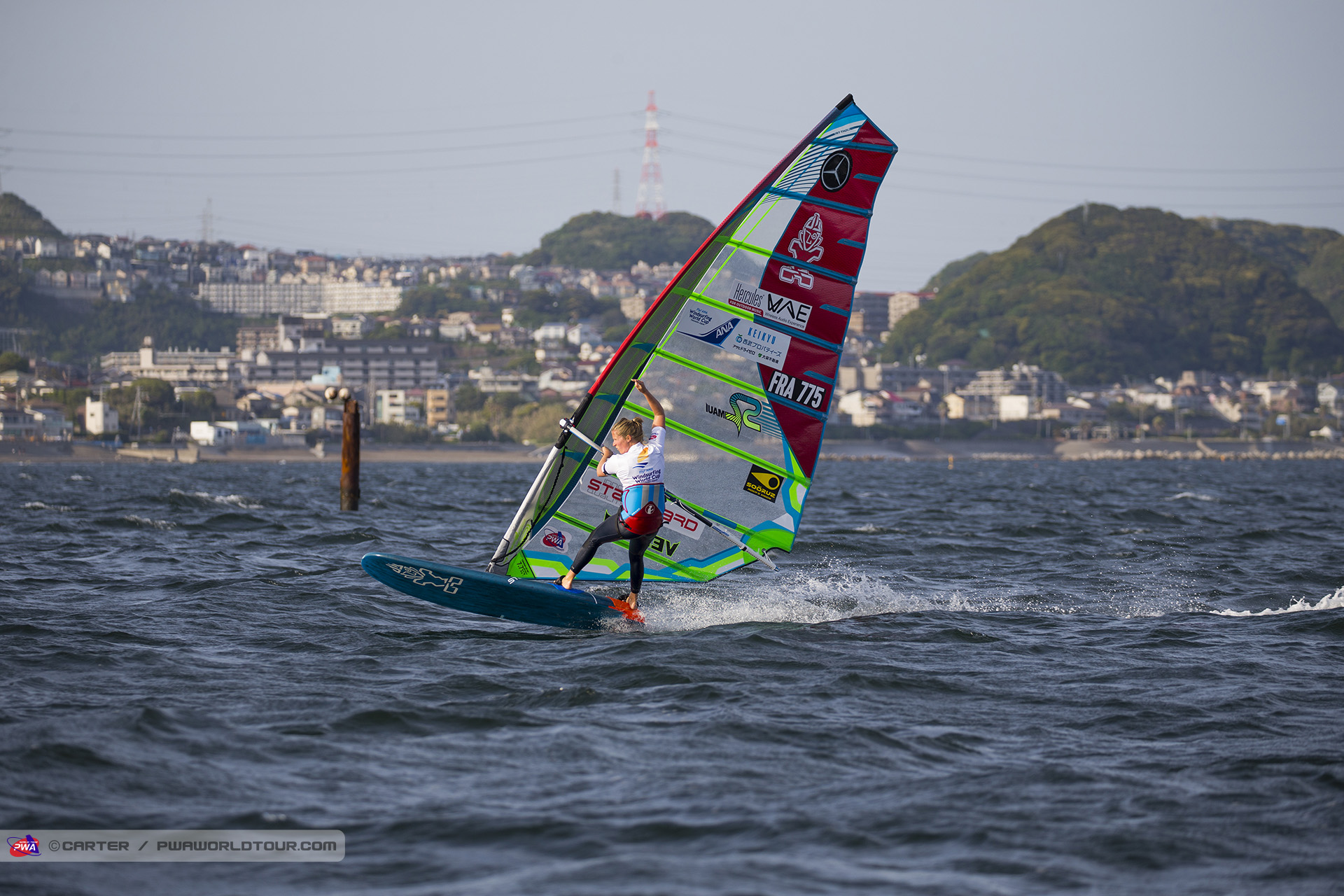 In the Foil discipline Gonzalo Costa-Hoevel won two out of 4 eliminations and was the most consistent rider on the race course. His hardest opponent was Antoine Albeau. The battle for the third place was a close one. German Formula windsurfing expert Sebastion Kördel kept off former French Olympic class racer Julien Bontemps by two points only in the final ranking. Right now, the former Formula windsurfers seem to haven an advantage over the windsurfers, who put their focus on slalom only.

Gonzalo Costa_hoevel made his home work over the last winter (Photo: Carter/PWAworldtour)

This event in Yokosuka was a competition with both divisions, Slalom and Foil. But there are rumors that both disciplines might be combined in the future for one ranking. Hopefully this is not just a decision by the older slalom riders or ex-formula specialists, who hope to extend their careers with a more sailing oriented discipline, which needs a lot of experience and tactics.

Foiling is definitely an option for light wind conditions and might overtake slalom. In Japan for example the foil races were held in 7 knots. Maybe it already did take over the light wind racing. The Olympic commitee just confirmed windsurfing for 2024 in France, but not with RS:X anymore. Let’s see how racing will look like in the future on the PWA World Tour. Luckily there are still a few high wind spots on the calendar, where we will see radical slalom action. 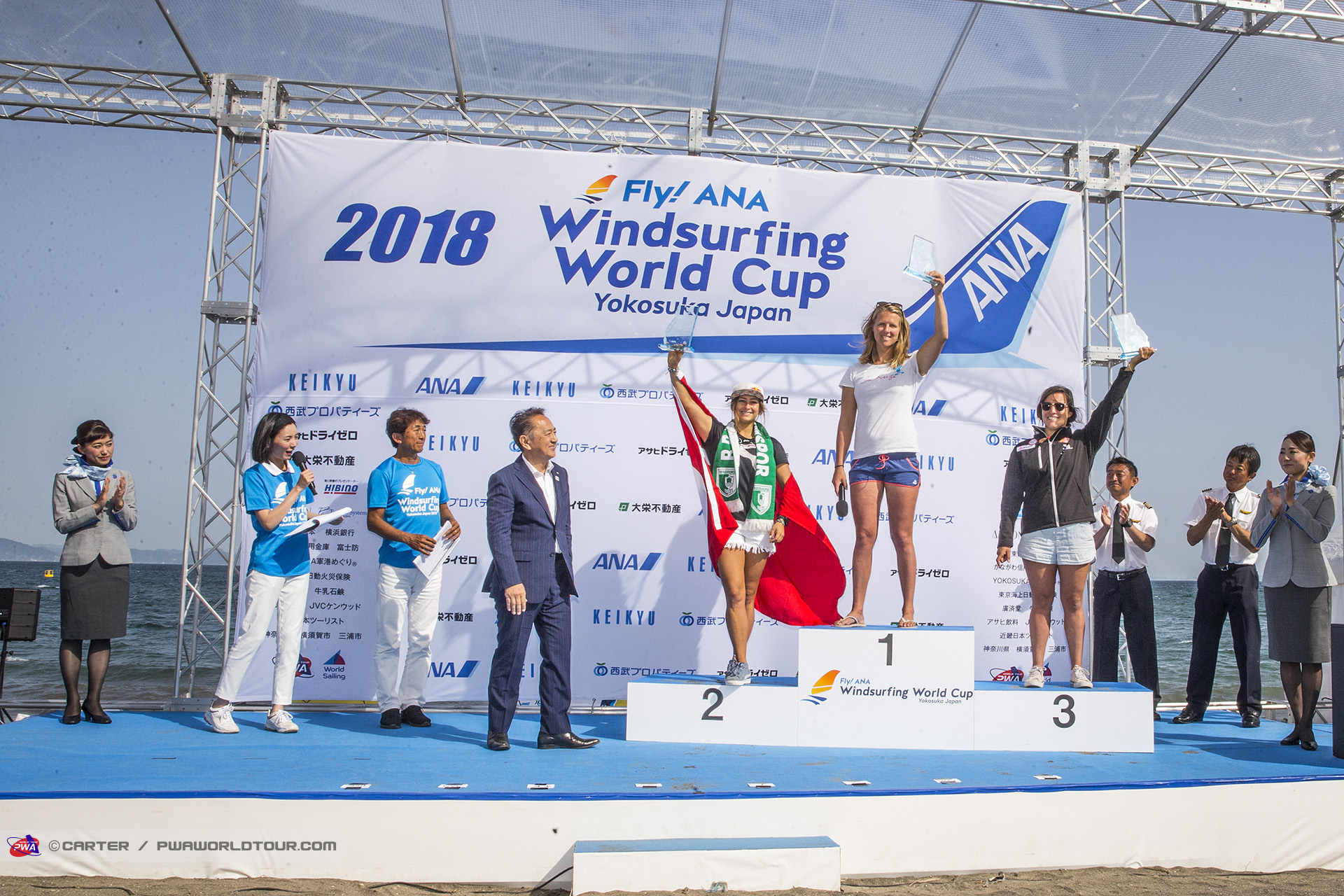 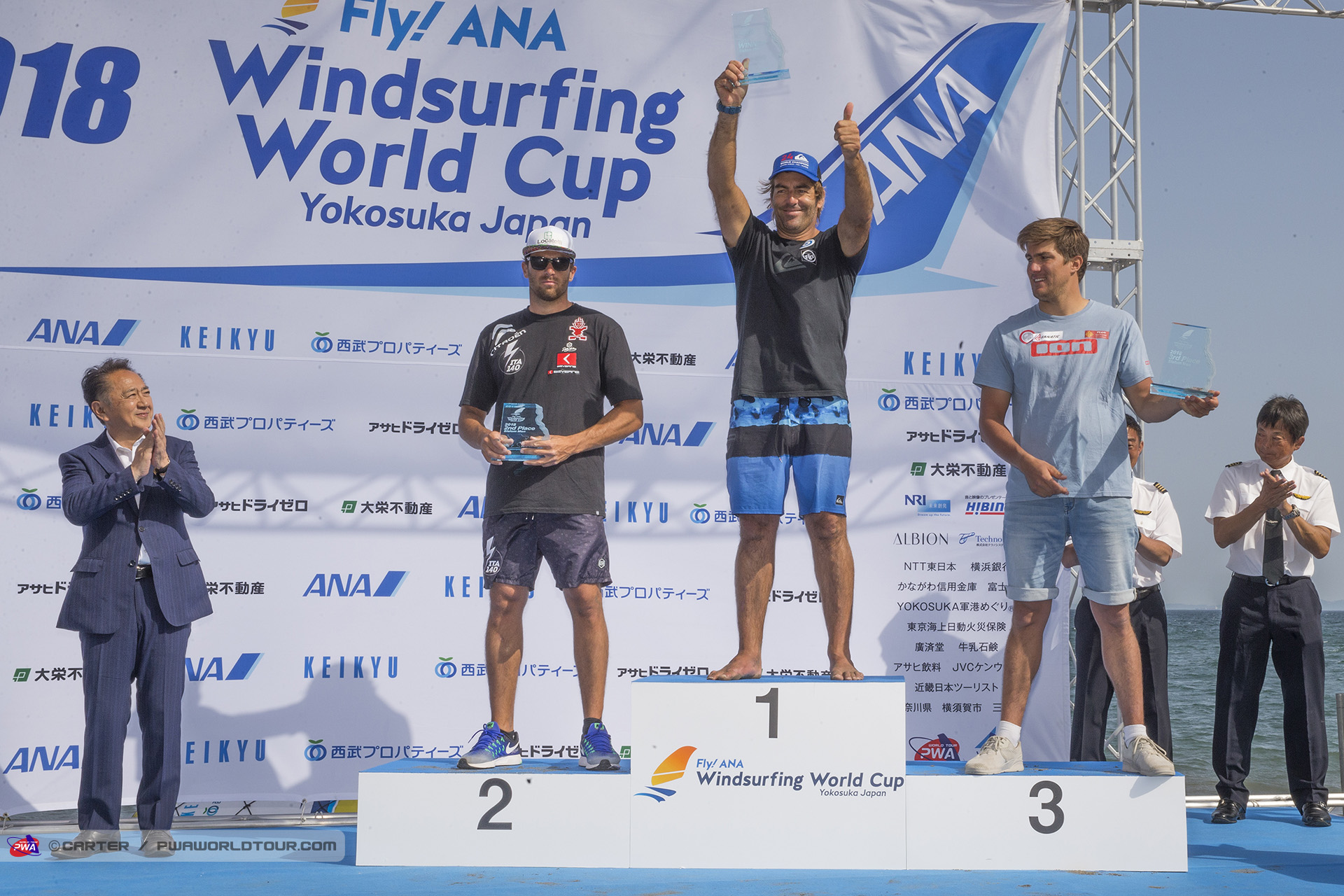 Antoine Albeau with a perfect start into teh new season (Photo: Carter/PWAworldtour)

Let’s see how racing will look like in the future on the PWA World Tour.

It looks like the Olympic Windsurfing is behind again. Their plan is to be on convertible equipment from 2024 on. My point of discussion is: is windfoiling still windsurfing? Some say it’s the future of windsurfing: https://twitter.com/nickdempsey1
They go in a lot of wind now. I am wondering, if they will windfoil in Fuerteventura, too, if the wind is light during the morning hours or when the Calima kicks in with an onshore breeze?

Tweets by @Continentseven
This website is using Google Analytics. Please click here if you want to opt-out. Click here to opt-out.
2
0
Would love your thoughts, please comment.x
()
x
| Reply
We use cookies to ensure that we give you the best experience on our website. If you continue to use this site we will assume that you are happy with it.OkNoRead more