Several national titles, a lot of winner finals on the PWA Slalom tour, IFCA & PWA youth champion titles, brilliant rankings in formula and foiling and so on. The Polish windsurfing pro Maciek Rutkowski has been racing for more than 16 years and he had his PWA debut in 2003. In 2012 he made his first PWA winners final, became PWA Slalom Youth Champion and from that moment on everybody knew that he will battle for podiums in the future. But it was still a tough battle to the real top. 7 years and 3 equipment sponsor changes later, the time had come and Maciek finally won his first winners final and made it on the podium at the PWA Slalom event at Hvide Sande in Denmark 2019.

We’ve known Maciek for many years and he never seemed to be intimidated by the big slalom names. He always was extremely motivated and focused and it was only a question of time until he would claim the podium.

Maciek is not only a racer. He is an all-rounder and already competed at PWA wave events, sailed in double mast high waves at Jaws in Hawaii or rode huge waves at Tenerife’s west coast. And if he isn’t on the water he records music tracks or raps in front of a big crowd. He plays basketball, spends time in the gym or in a go-kart or produces his own online video series “Windsurflife”.

We caught up with Maciek for a short interview about his first ever PWA Slalom podium finish. 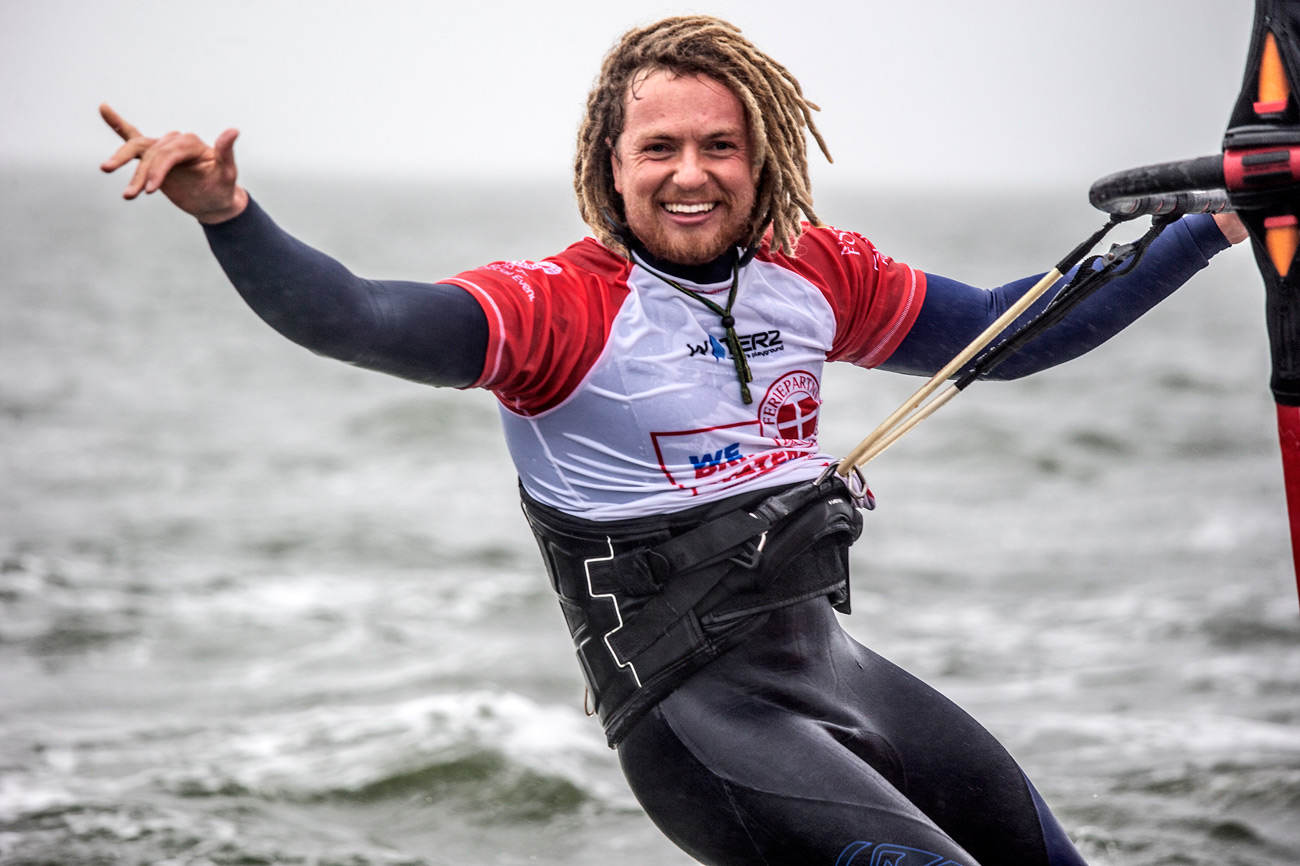 Continentseven: Big congrats to your first victory in a PWA Slalom elimination and your first podium. How emotional is that moment for you?

Maciek Rutkowski: Thanks a lot!! To be honest I’ve worked pretty hard to lower my emotions in general not to get too down after tough moments, so it also works the other way and makes you more calm when you should be high as a kite! So it was a great feeling for sure, because of how clutch the performance was, but it’s not like I exploded with emotion. It was more like: FUCK YEAH haha!

What comes next? An event victory?

Winning an event is definitely something that is next, sort of a natural progression, but for now that big three are very strong and it will take shifting to yet another gear to really be in that conversation. Matteo Iachino beat me by 25 points in Denmark. I’m not that good at maths, but even I realise that’s a lot!

You lead an elimination in South Korea in 2018, but crashed because of rubbish and you had massive catapult. Almost the same happened in Hvide Sande, when you hooked in a fishing net in leading position.

Haha, yeah that South Korea thing in May 2018 was a huge moment. I got so negative after that. It kind of shadowed the rest of the season.

That one’s kinda funny, because like you say probably 20 guys can do it. They just need that perfect start to happen and be on the right equipment. So on one hand it’s kinda easy. You just gotta patiently wait for that moment where everything comes together. On the other hand so many guys are fast that there’s always somebody with a tiny bit better start or speed then you or whatever. So not sure how to answer that question, but I’m definitely happy I have it in my bag now!!

Did foiling help you to make it on top in Slalom, too? You won a PWA foil elimination already and made podiums at international events.

Not sure… For sure it helps to being a better windsurfer, having better coordination and feel for the gear. But actually the position and jibing is very different so when you switch back to slalom it feels a little akward… Where it definitely helps is the mental game, where sometimes you feel like you don’t wanna sail, but when you do multiple disciplines it keeps things fresh all the time!

What’s your strongest part in racing at the moment? Is it the speed, the acceleration, the overall speed – you almost never stop at the marks and overtake riders, the mental strength, the equipment?

Right now I would say it’s probably control and really putting the gear on the limit and keeping it there. But that might be just because my gear is so fuckin easy haha! I like to think I’m a good jiber, but I still sometimes make the wrong decisions in the jibes whether to which line I should take. The mental strength was crucial in Denmark, but I can definitely be even stronger – I was nervous as hell haha! 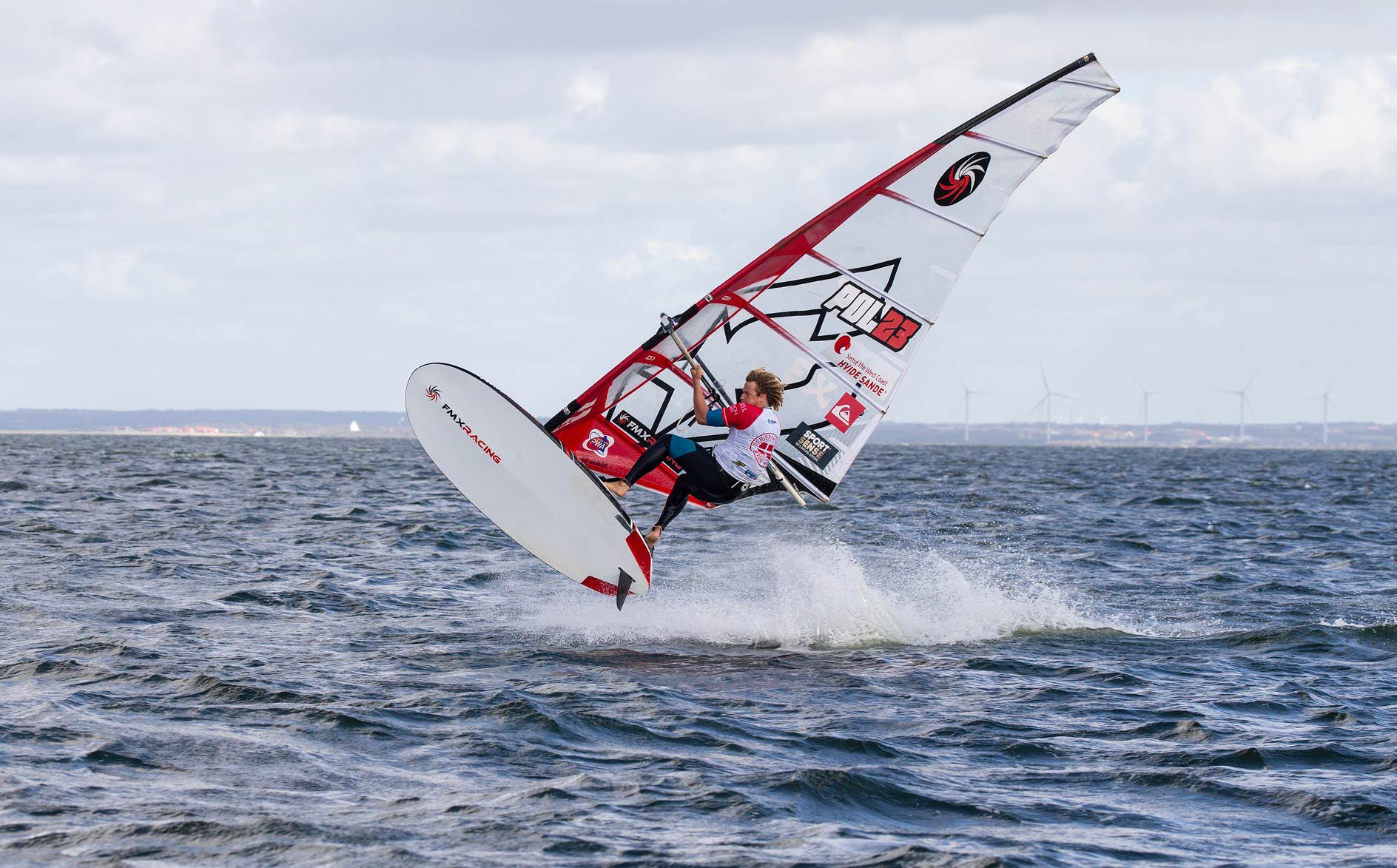 You are in kind of underdog teams: FMX racing just appeared on the market and Challenger Sails is a smaller brand with the advantage of an own factory in Italy, Europe. Is that the secret nowadays to work very close with the designers in smaller teams?

You know… everything has its pros and cons. On a smaller brand you’re able to communicate much better and much more direct with the designers and have way more direct impact on the gear you’re riding. At the same time the smaller brands don’t have the budget to make 8-10 prototypes a year of one sail size or board size like the big ones do sometimes. So we need to optimize a lot of things, work really smart with what we have and at the moment it’s working great!

Your sail designer Claudio Badiali had tears in the eyes when he saw you winning the final elimination and securing your first podium in Slalom.

I love Claudio, he’s such a caring guy and always kept it honest with me – zero BS. After the event he wrote me this beautiful message and it made me super happy to imagine how happy he was – after all this it is as much his success as it is mine and it wouldn’t mean half as much if I couldn’t share it with all the people that contributed to it at some stage in my career.

How did you prepare for the final event in Slalom in Noumea?

After the Sylt World Cup I visited Mauritius for a quick trip riding some proper waves with down the line conditions. Then I went back to Europe for a few days and travelled to Noumea, New Caledonia! Busy schedule, but I love it!

Congrats to Niclas Nebelung for winning the tow-in freestyle windsurfing event in the pool at the @nonstopboot 2020 #windsurfing #germany Jannes Thomsen & @valle_g315 made it on the podium, too! #show #indoor 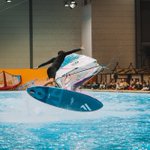 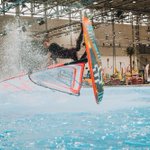 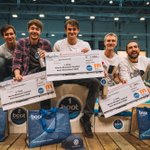