Two are better than one. An interview with Sarah-Quita Offringa

Imagine you get a world title awarded, of course you are really happy about it, give interviews about your achievement, your sponsors are happy, press releases are sent out, articles get produced for online and offline media but one month later your title will be deprived again, due to a calculation mistake. This happend to Sarah-Quita Offringa and she had to go through this scenario. Some might say, Sarah-Quita shouldn’t care about it, she has already 13 titles and it will be easy for her to get another one. But, honestly, we guess only someone without enough empathy for other people would think like this. Anyway, she regained the slalom title with a great performance in New Caledonia and proved once again, that she is an extraordinary athlete. At least she could celebrate her title twice…

We spoke with Sarah-Quita Offringa if title no. 14 was a special one and how she handled this situation.

“It’s quite a strange feeling to be stripped of a title that was officially handed to you. It’s like you need to reconfirm the results you’ve had during the year so far.
So then in the end finishing 2nd in NC and winning the title again just confirmed for me that I deserved it in the first place.” (Sarah-Quita Offringa, November 2017) 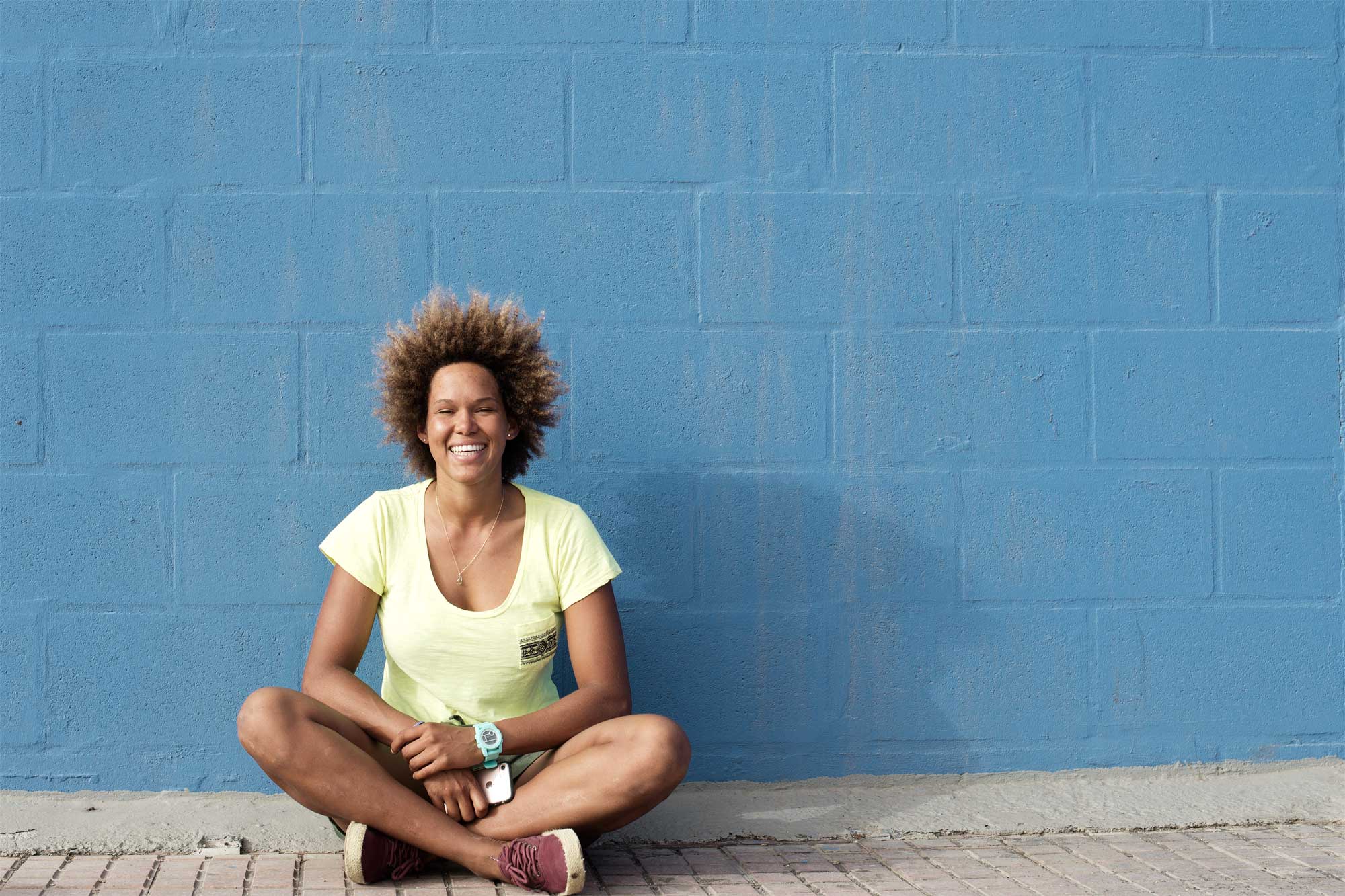 Continentseven: Big congrats to your PWA Slalom title victory in New Caledonia last week. Winning a title twice, how does this feel?

Sarah-Quita Offringa: Hey Continentseven. Thank you. Well that was an unexpected experience, but I got to say it felt even sweeter getting crowned for the second time as it was the end of another great week of competition. It’s just such an adrenaline rush to race with all the ladies. And after performing well enough for those 8 races, it felt better to win the title knowing that I competed in all events of the year and was able to test and match my abilities against the rest of the fleet in all types of conditions during the year.

It’s your 14th PWA World title. Does this title feel special as you had to win it twice?

You know, I was a bit more emotional about it when I won it in Denmark. Especially since the last day was quite dramatic. Back then I was really tired from being on the road and competing and needed a break, so when I thought I had won it then I was relieved knowing that I could discard NC and spend more time at home for the winter. Once I was in Noumea anyway I was a bit nervous about whether or not I would win it, but I learned once again that I thrive during competition and almost crave that pressure as it makes me perform better. Anyway it’s quite a strange feeling to be stripped of a title that was officially handed to you. It’s like you need to reconfirm the results you’ve had during the year so far. So then in the end finishing 2nd in NC and winning the title again just confirmed for me that I deserved it in the first place. 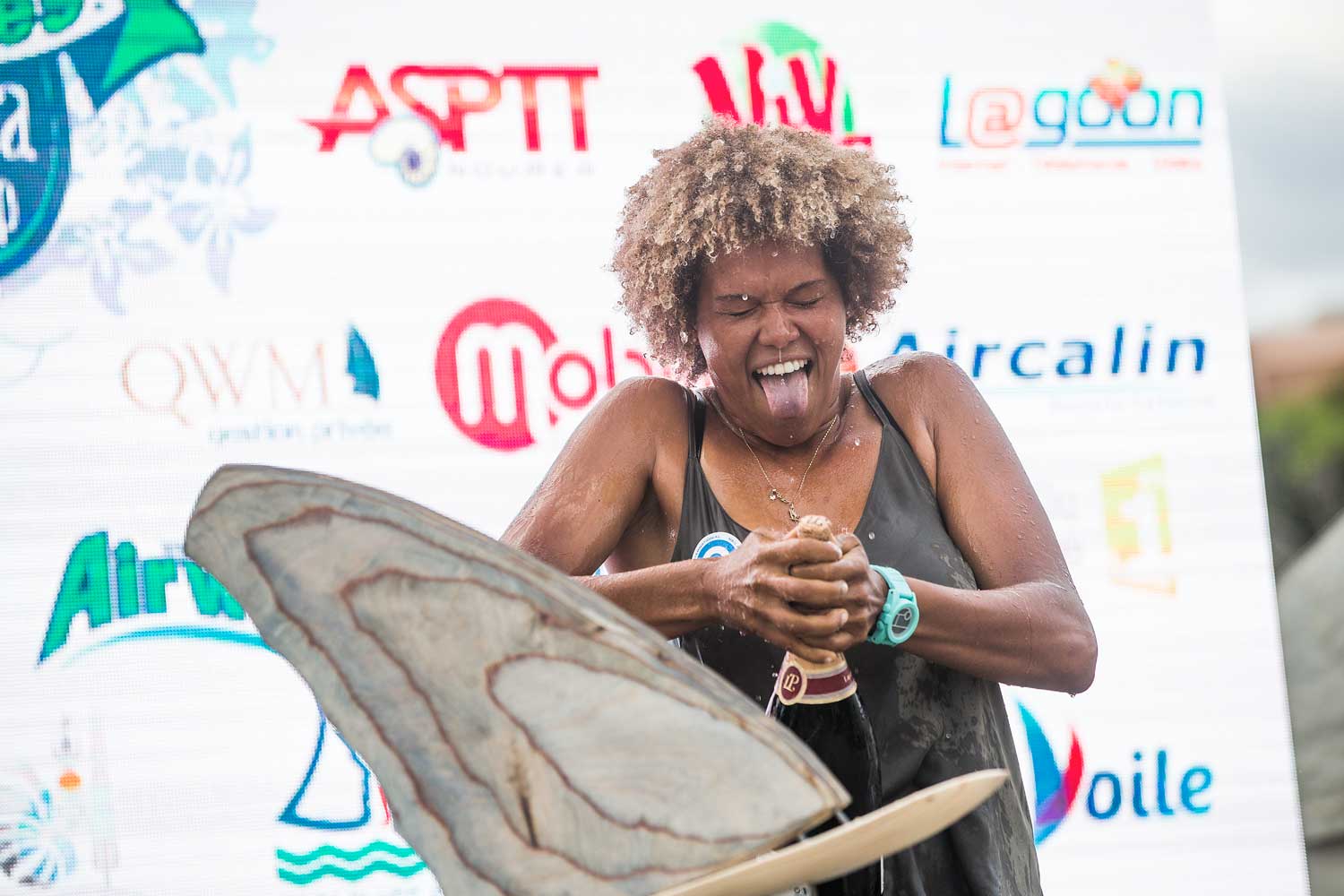 Did you risk everything in Noumea or did you try to avoid the risky situations and focused on the world title?

Well I started with a 5th place in Noumea. I think I was sleeping and started almost 10 seconds late. What I wanted mostly was to win the title without the stress that comes with uncertainty. I had to finish 3rd to win the title, so I made sure after that to just do the best I could but be smart about it as well. After that 5th I switched to contest mode and apart from one loser’s final I had some solid races. So yes, the world title was always the main focus and the goal was to sail consistent.

In total you won 3 events and finished in 2nd at one event, but still it is a very close result in terms of points in the end. Just 10 points are in between you and Delphine, who only won 1 event, made 2 second places and one 11th place. Is there anything wrong with the point system?

I guess it just depends on how you look at it. Both Korea and Japan were only one race. Denmark had 7 races and NC had 8 races for the girls. In total we had 17 races out of which I won 8 and Delphine won 7. That way it makes sense. And you know, Delphine broke her boom in Korea, so her 11th place was pretty bad luck. However, it also says something to win events with just one race as it means that there is no room for mistakes. So if you look at event wins and not individual races, it does feel like the points are really close even after winning 3 events. Anyway it’s a new point system that was implemented for this year and I do think that it is a bit harsh. I think a lot of riders in the men’s fleet are having a hard time dealing with certain scoring, but as far as I know progress is being made on improving the scoring system for next year.

What was in your head, when the PWA told you that you actually haven’t won the slalom title in 2017 as announced in Denmark in September?

That was a total rollercoaster ride until the end of NC. Going back and forth between positive thoughts and thoughts of total doom hahaha. I was actually really lighthearted about it when I first got the news. Because secretly I wanted to compete in NC anyway. I just had decided not to go because I hadn’t been home all year and wanted to have a longer winter break. Anyway mistakes can be made, so that didn’t bother me.
Having said that it’s tough to get that kind of news so the hardest thing was to keep my emotions and mood in check. NC is just not an easy place to get too especially on such short notice. It took me 10 days to get a ticket and I would only arrive 3 days before. So there was one panic attack at some point where I thought I wouldn’t even make it to the event. But thankfully that worked out 🙂

It was the end of the year, too and you probably did not focus 100% on slalom anymore. How did you find your motivation again?

Hahaha. That is an understatement. Slalom was definitely not on my mind. I was going crazy freestyling in Brazil with Maaike and Oda. That trip was the absolute bomb and I wouldn’t have done it had I known earlier that I needed to go to NC. And I think having had that down time was perfect before this contest.
Anyway I just got myself together and just focused on making it to NC. Because I know that usually as soon as the contest starts the motivation kicks in.

How did you prepare for the event in New Caledonia? How many days did you spend on your slalom gear since the last day in Hvide Sande, September 14th?

Yeah, I didn’t spend any time on my slalom gear after Denmark because I was competing in waves in Sylt and then freestyle in Brouwersdam. I just had two days before the event to air out my 7,0 and 7,8. Oh wait! There was that one day when I made a pit stop in Aruba where I had one session on 7.0. That one got me in the mood. Did some sick jibes that day haha. 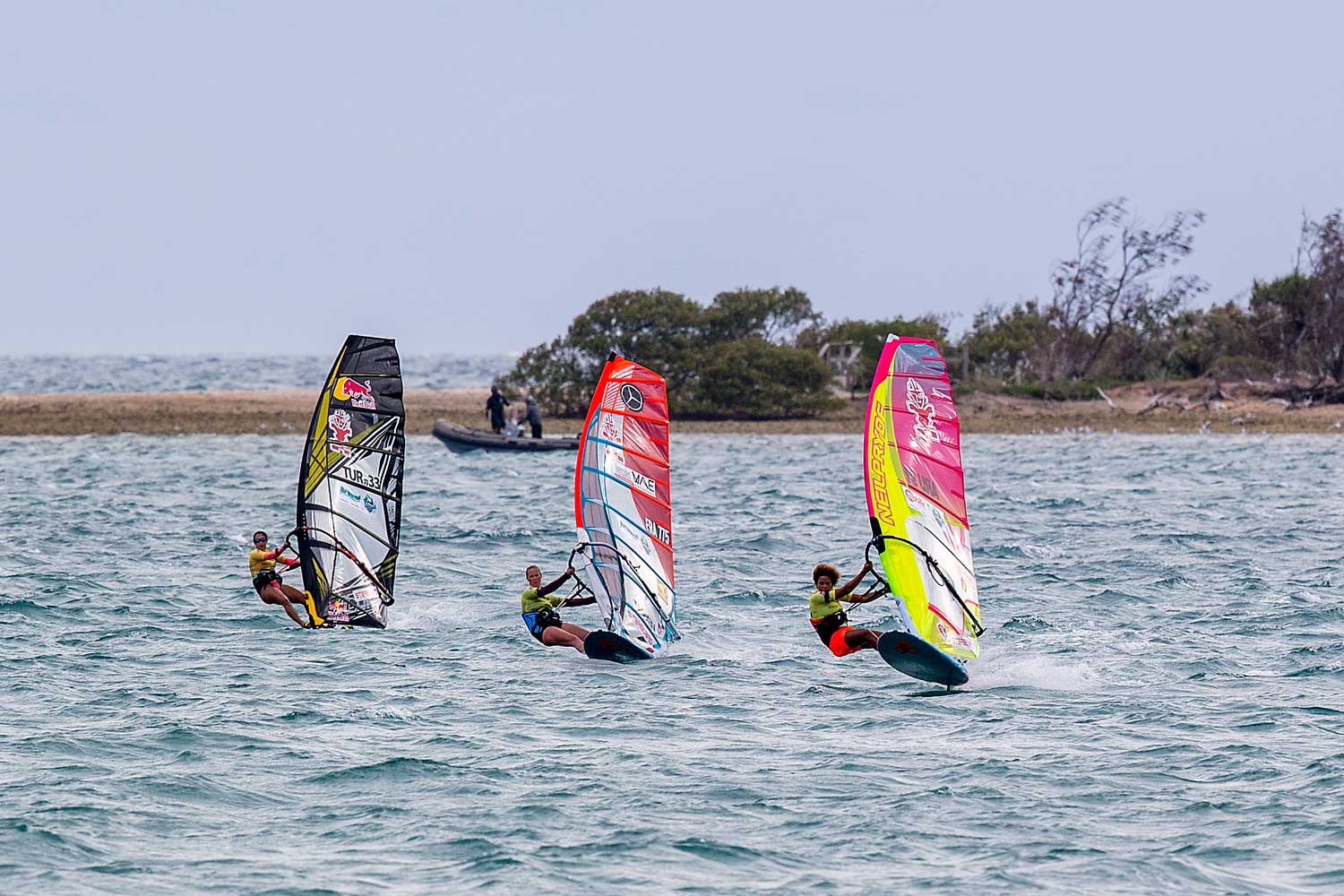 We have to mention that the level in the ladies slalom fleet is on a really high level now. The speed is great and the jibes are so fast. Do you think the same?

Yes, that’s why I’m happy I competed in NC. I think the level in the ladies fleet is going from strength to strength each year. It was great to get so many races in. And indeed there is no room for mistakes. I’m happy to be pushed by the other girls and I hope I do the same for them. I love it. This is what it’s about for me. Just to improve every time. Because windsurfing is just more fun the better you get!

What’s your plan for 2018? Will you start in all three disciplines again and on which discipline will you focus?

Yes, it looks like we’ll have a fun year coming up. It is a bit hectic to do all three disciplines, but at the moment it’s hard for me to not do all the disciplines, as I absolutely love the different contest aspects and atmosphere each discipline has to offer. Really, the PWA tour is so diverse and there’s more to it than just showing up and competing. It’s a priceless experience travelling the world with such diverse people doing the same sport I love.
I just wanted to say a big thank you to the people that have supported me all year. And also the ones that took the time to motivate me for this last event of the year. It means a lot to me. See you all in 2018!! 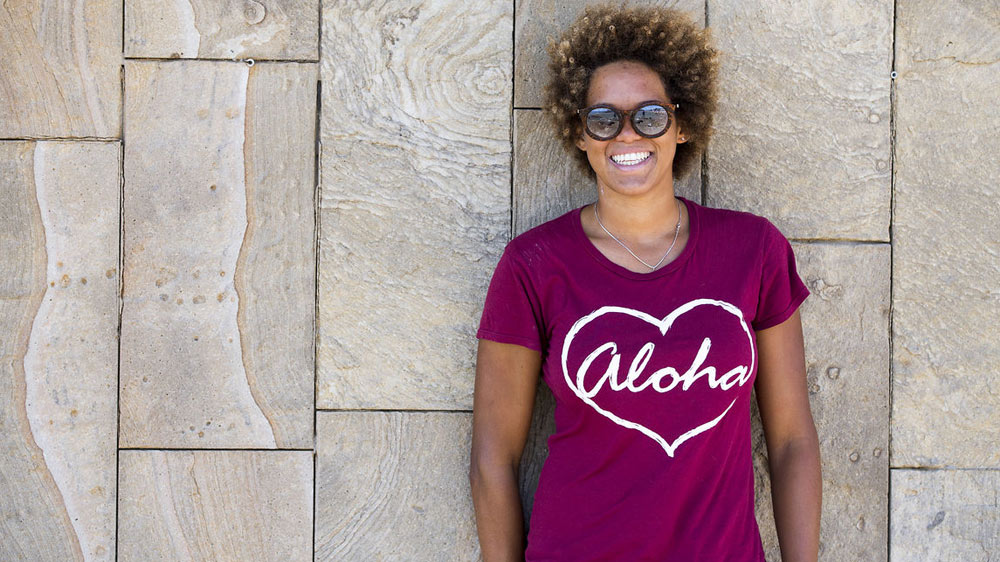