Yegor Popretinskiy (Rus-11) had a great wave freestyle session at his home spot near Saint Petersberg in Russia. St.Petersberg is located in Russia in between Estonia and Finland, just next to the Gulf of Finland. The sea was rough and Yegor shows his great skills in the stormy sea. He lands freestyle moves in between breaking waves and definitely enjoyed the session. Yegor, who still competes on the PWA tour, has realized the potential of Russian windsurfing spots. The country is huge. It covers almost 11% of the total landmass and is the biggest country in the world. We are 100% sure Yegor will discover many more spots in the near future.

Yegor Popretinskiy windsurfs in the Gulf of Finland near St. Petersberg 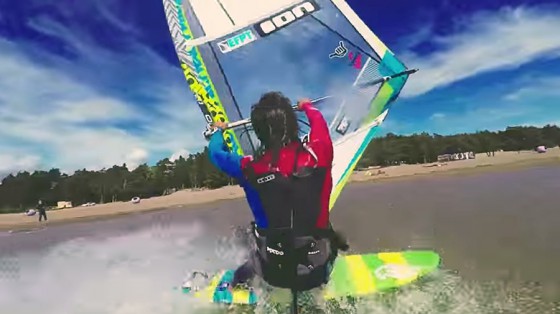 Yegor Popretinskiy windsurfs in the Gulf of Finland, Russia