Nicole Bandini is a huge talent in female wave windsurfing. When watching her latest video you will ask yourself, if the 17 year-old Italian lady has no fear. She takes the biggest nuggets of a set a Haakgat and attacks the lip in Jason Polakow manner. In addition to her new video with action from South Africa and Tenerife we had a chat with Nicole about her latest video and a bit more. You can read the interview below.

Continentseven: Your windsurfing in waves is radical. You take some of the biggest waves. Are you a real adrenalin junkie in normal life, too or just in windsurfing?
When the wind is missing I usually like to surf and try new sport like SUP. But for sure the real adrenalin is when I’m windsurfing in big waves or try to surpass my limits!

Continentseven: Can you describe the feeling when dropping in such a big wave? Pleasure, fun, fear, happiness?
Uff… the feeling is incredible! The thing is I don’t think about the consequences but instead how I can improve my style and push my riding more and more.

Continentseven: At which spots and when did you film the action of the video?
We started filming in South Africa in December/January. Most of the clips were filmed at Haakgat, BigBay, Sunset Beach and Cape of Good Hope. The other clips are from Tenerife, El Cabezo my new home spot since the last summer.

Continentseven: How many days did you spend on the water during the last year?
I think on average I get to hit the water roughly 20 days a month.

Continentseven: That’s a huge amount of water time! And you work with coaches, right?
Yes, Valter Scotto is my coach at the moment. He’s doing a great job together with Francesca Verdi keeping my body in the right shape to be able to perform at my fullest in the water. It certainly has been paying off a lot in the recent months.

Continentseven: What are you doing if you aren’t on a windsurfing board?
Well a little bit of everything. It depends on the day. When there is no wind I just hope on the waves so I can jump on a surf board and catch some waves. I can consider myself pretty lucky hence the fact we have a good surfing spot not more than 30 minutes away rom El Medano.

Continentseven: Did you learn any new moves during the last 12 months?
Yes, the last few months have been amazing, I was trying hard Back Loops and stalled Forwards and finally I landed a few. I really hope to be able to perform a Back Loop in one of my heats.

Continentseven: You are really young, just 17 years. At which age did you fall in love with windsurfing?
I don’t really remember when that happened. I started when I was 6 and it was fun since I first started. I deduce that traveling around the world increased the fun fact of the riding. 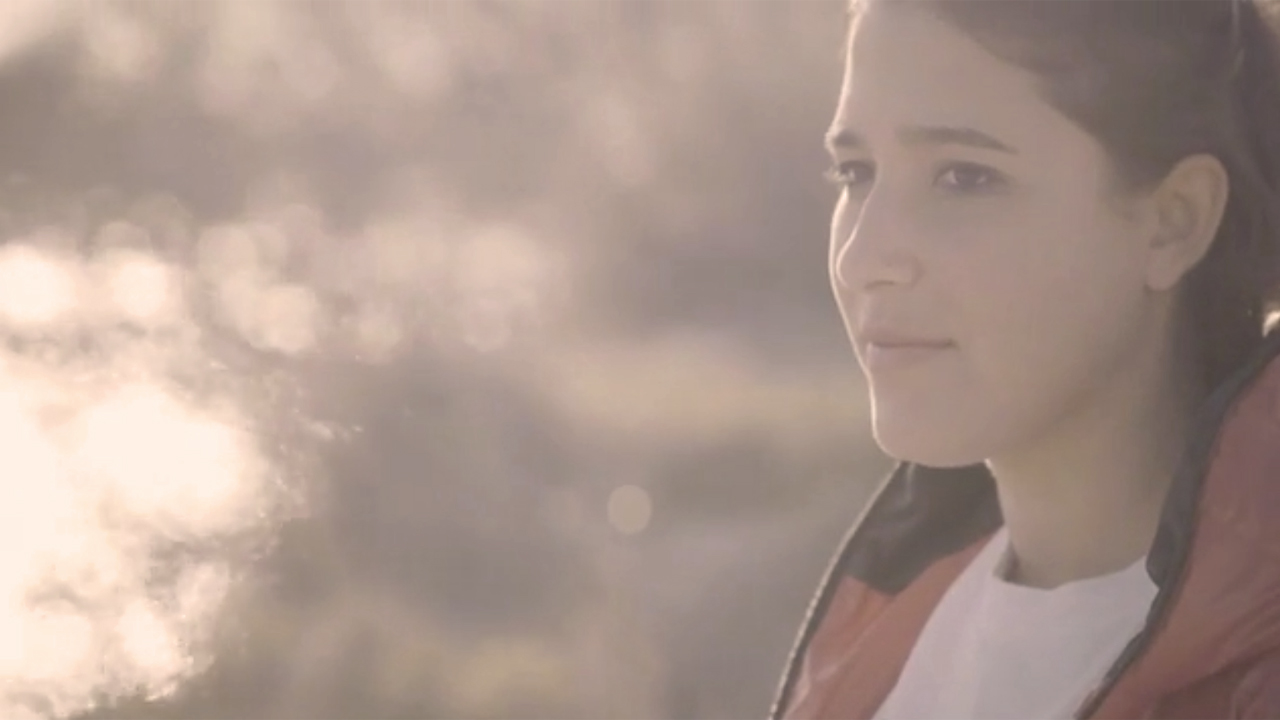 Nicole faces the sea and has her focus on the next competition already.

Continentseven: Do you have many friends at your age who windsurf or who are interested in the sport and lifestyle?
Uuhhh, not so many. I usually have older friends who lead a similar lifestyle. The fact that growing up around people older than me helped me mature faster and this was just the best.

Continentseven: What’s your next windsurfing trip?
My next trip is this weekend where I will take a ferry to Gran Canaria for the first event of this year’s PWA tour. So good luck to me 😉

About one year ago we did a “Who is Nicole” article. If you want to know more about her just follow the link: Who is Nicole Bandini?

Nice that some young girls come in into wavesailing!! If you keep on you may get some level to be competitive!…
Careful in Pozo with the strong winds with the vertical rotations on the forward.

Some really nice wave riding. Stylish, which is the best complement one can give. classy video too.