In 2011 Kevin Pritchard decided to retire from the PWA tour and focus more on loving life, free sailing, local events and producing videos. Just today he has released a new video, called “Home” featuring the US windsurfer Graham Ezzy.

We hooked up with Kevin to speak about his passion for producing nice images. 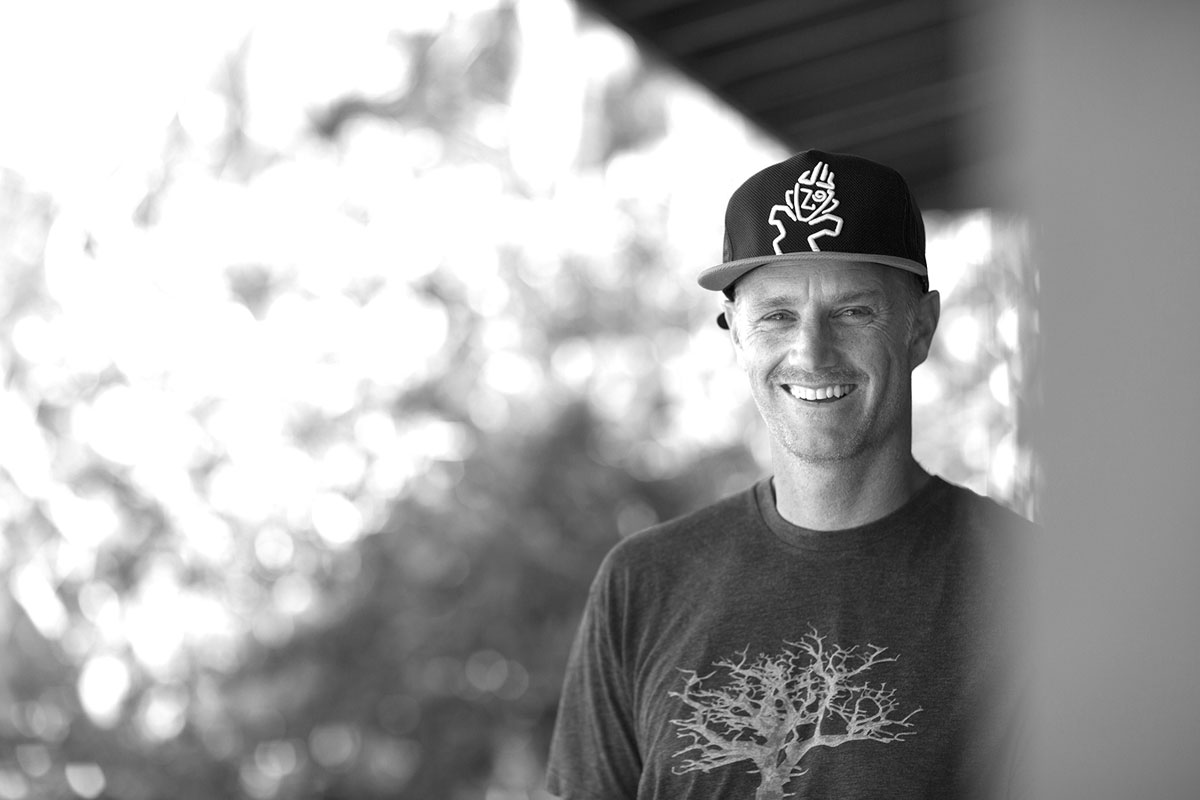 Continentseven: When and why did you actually start with filming?
Kevin Pritchard: I got into filming around 2006 when I started up Maui Sails with Barry and Phil. We needed all sorts of media materials so I was like let me buy a camera and I can start shooting. I fell in love with creating some nice images and then I really started getting into it.

Continentseven: A video like „Home“, how do you create/plan such a short clip?
Kevin Pritchard: I like the slow artsy stuff and so I try and find some nice imagery to go with a good song. I found the song that I liked and kinda started getting some clips together and from there on just started gathering more and more footage till it started to come together.

Continentseven: How much footage did you film for “Home” and how many times did you film at Ho’okipa to get all the footage?
Kevin Pritchard: Not too much. By the time Graham got back from Europe and finished with his Tabou shoots, the waves kinda died off from El Nino and so I just started forcing the shots when the conditions were kinda average. Graham sails amazing in all the conditions so he kinda makes it look better than it is.

Continentseven: How do you communicate with Graham while filming for a video like this?
Kevin Pritchard: I tell him to go out and do something good. I think I might put a little too much pressure on him because I am always like, let’s go shoot and most of the time it is in the evening because I love that evening light and the conditions usually get pretty bad in the evening. The other problem is that I am addicted to windsurfing so whenever it is good I am out there! 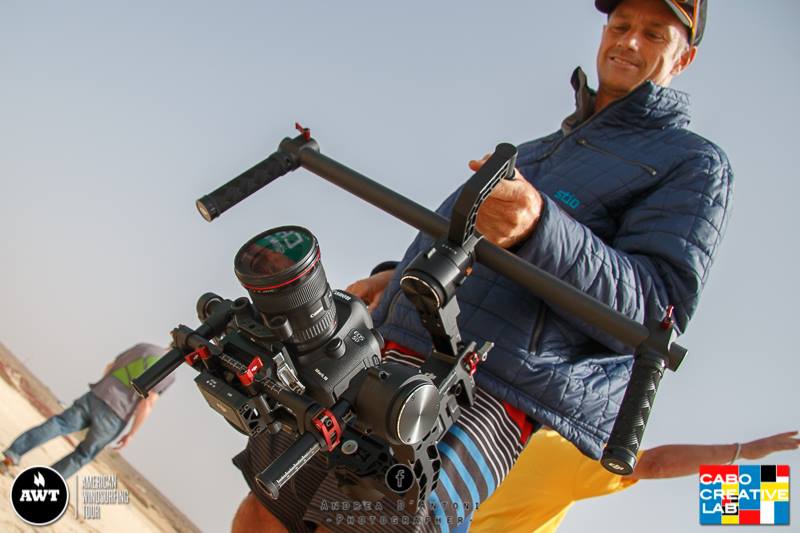 Continentseven: Which camera equipment did you use for this vid?
Kevin Pritchard: I used the Sony FS700. I have had the camera for quite a long time so I know it well and it works really good for what I am doing.

Continentseven: What’s harder for you: the filming or the editing part?
Kevin Pritchard: I don’t like editing too much. Everyone has a different opinion on how it should be done and it is super subjective so you just got to go with what feels right and go from there.

Continentseven: And why do you like filming more?
Kevin Pritchard: I like the filming more because you are in the water, you are on the beach, and I feel like I know more about filming and trying to capture what it actually feels like to be riding the wave. This is what hooked me into photography and videography is trying to capture what I am feeling. I want to make clips that make people want to windsurf!

Continentseven: How do you develop your video skills?
Kevin Pritchard: Same as my windsurfing. Time, time, time. Just lots of time doing it and figuring it all out. My biggest tool is Vimeo. I eat and sleep watching Vimeo. Learning what I like, learning what I don’t like and then putting my own spin on it.Then go out and film something that is inspired by others amazing work, and see what I come up with.

Continentseven: What was your most challenging moment shooting?
Kevin Pritchard: When it is firing and I am trying to get a job done and I want to be out on the water so bad. To me this drives me crazy!

Continentseven: So you get pissed off, filming the action instead of being the protagonist?
Kevin Pritchard: Oh yes!! I can only film a couple hours a day because still after all these years I love windsurfing and being in the water!

Continentseven: Which video project did you like most since you started in 2006?
Kevin Pritchard:  Hmmm… well I think the Tourists of the Sea Episode 1 with Graham is the best one. I can’t say that I edited that one but I think the filming and the idea behind it all is pretty dang good. We just traded the camera off between Graham and I and also had Brian Caserio help us out for the water shots. Combine that with Johannes’s editing skills and it came out pretty good.

Continentseven: The „Tourist of the Sea“ episodes were great. We really liked them. Any new episodes planned in the near future?
Kevin Pritchard: Yes! I am trying to get one in Norway on the Lofoten Islands! We will see!

Continentseven: What tips can you give someone, who wants to start to work on his first own video project?
Kevin Pritchard:  I think the key is not to be lazy. If you look at all the great windsurf clips, you see different angles, tons of clips, and cuts to the beat of the music. Like I said before, my editing is nothing amazing, I find the slower the song the easier it is, but watch what the pro’s do and then try and do it on your clip. Then when you get to your local spot, set up with your camera, get a shot or two that are useable for your clip and then move your shooting location. Put a rock in the foreground, try to get a different background, just move around to keep the viewer interested.

If you haven’t watched “Home” ft. Graham Ezzy yet, this is the chance… 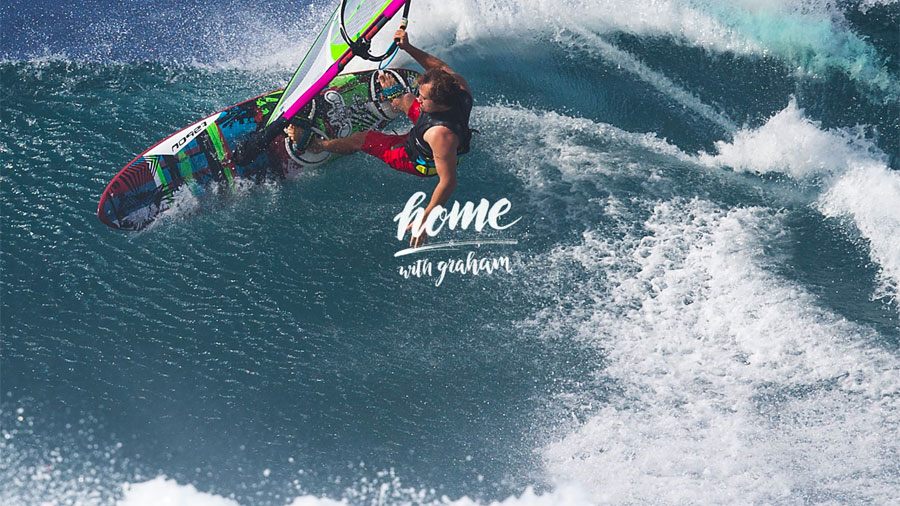 Everyone knows the joy of coming home, wether from a long day at work or a weeklong vacation. Kevin Pritchard produced a video ft. Graham Ezzy at home.

The EFPT confirmed the event in Theologos, Rhodos, Greece. The first EFPT event in Theologos for pro women, pro men & junior will happen from the 8th till the 12th of September 2021. https://www.continentseven.com/provisional-efpt-calendar-2021-news/ #freestyle #windsurfing #competition #rhodos