The IWT Pacasmayo Wave Classic in Peru saw excellent wind and wave conditions and new faces on top. Senegalese-Italian Sabine Zola, who lives in Fuerteventura’s north and Italian Federico Morisio won the pro categories of an IWT wave event for the first time in their career. Sabine participated in the IWT for the first time and wowed the judges with her fearless attack, picking off some of the biggest set waves of the day and attacking the lip without hesitation. She managed to defeat Maria Andres, Bjoerte Purschel and Bettina Gonzales in the final heat. Baja winner Annamaria Zollet and Leysa Perotti, who participated in the IWT for the first time shared the 5th place. 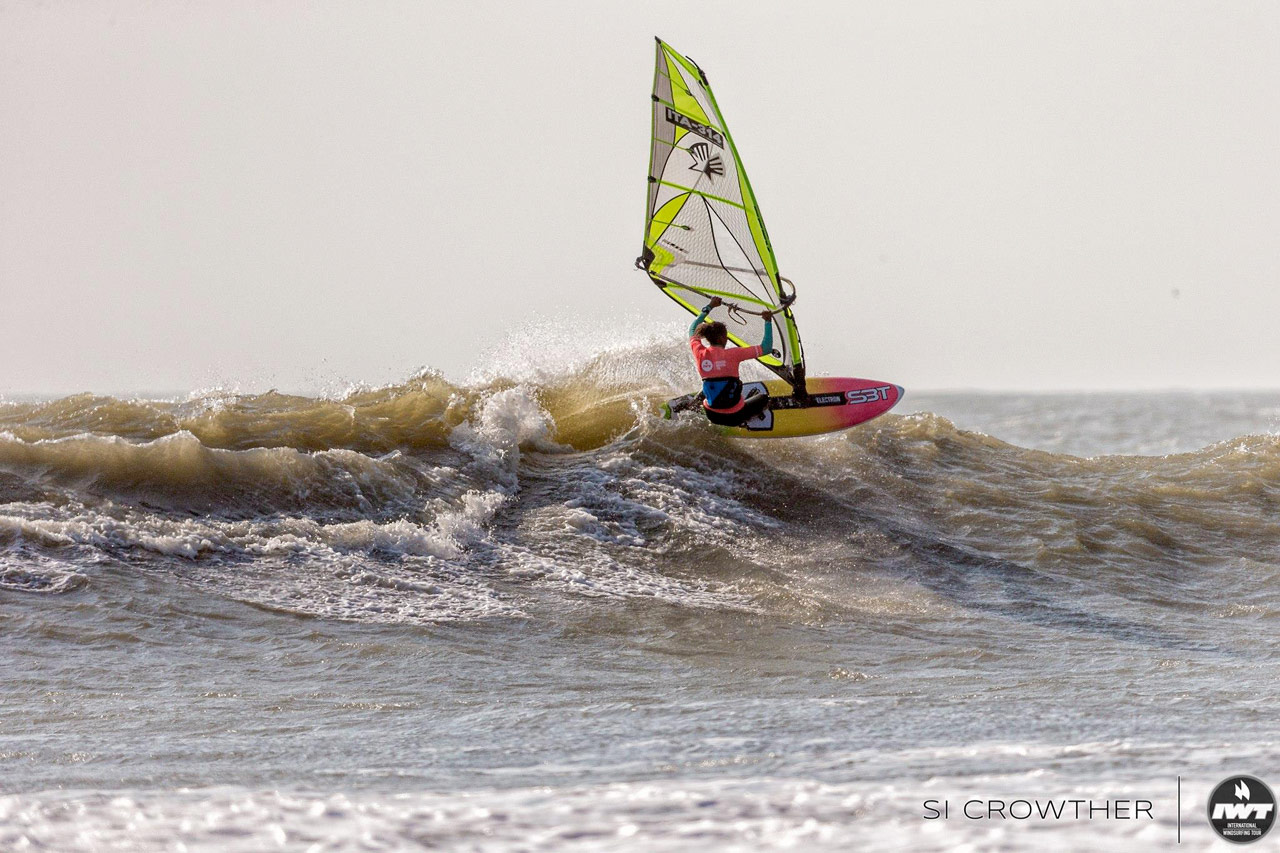 Federico Morisio won over Morgan Noireaux, Russ Faurot and Yann Rifflet. Aloha Classic winner 2016 Kevin Pritchard and Mike Archer shared the 5th place. The clear standout sailors were Morgan Noireaux and Federico Morisio, who went head-to-head and wave for wave, both picking up great waves and sailing them to their full potential. Morgan displayed his trademark vertical ascent up the face, followed by powerful hacks directly below the breaking lip, as well as solid aerials and finishing off his second wave with a goiter at the end. Federico put on a show with his first wave of the heat, displaying a beautiful array of powerful carves, late hits, and controlled floaty aerials, all linked together with his smooth flowing style. Not finding another solid wave for the next 14 minutes of the heat, Federico was in the unenviable position of having the top scoring wave of the heat, but without a high-scoring second wave while his competitors were racking up points. At last, his patience paid off as a large set reeled off across the point, with Federico putting on another masterful display to best his previous wave, earning himself the highest wave score of the heat, and ultimately securing his maiden victory on the IWT.

Federico Morisio about his first victory: “I couldn’t believe it and I still can’t believe it… 2 years and a half ago I decided to change my life and dedicate myself soul and body to follow my biggest passion and live my dream…. I won my first International contest ever… I have no words. All the hard work, commitment and dedication really paid off. I felt so honored to compete against some of the best windsurfers in the world. I will never be thankful enough to my family, that made all this possible and always supported me. I love you all, you’re my power. Thank you so much to THE coach Ferdinando Loffreda.  You were the only one that believed in me at the beginning, you pushed me and helped me so much. I’m so grateful to you, my friend and coach. Thank you so much Ferdi. Thank you to Alberto Fazari and all my friends. Thank you to my sponsors and most of all thank you to all the special people that I met during these years, you’re awesome. I’m so happy, I can’t believe it. This victory is a huge source of confidence, motivation, hunger, and it’s indicating me that I’m on the right path. Loving windsurfing and life!”