Interview with Jaeger Stone about his change to Starboard

The Australian windsurfer Jaeger Stone grew up between Gnaraloo and Margaret River in Geraldton, Western Australia. Last year, he had a pretty successful comeback to the PWA tour (finishing 4th at Pozo and Tenerife) as he had delayed competing on the PWA World Tour for a few years to complete a Physiotherapy degree. Jaeger is known for his different looking boards shaped by himself and his dad Mark, who has been playing with shapes and building boards since 1981.

For 2015 Jaeger signed a contract with Starboard and the obvious question is: Which board models will Jaeger use? Of course, we needed to hook up with Jaeger for some more background information about the collaboration. 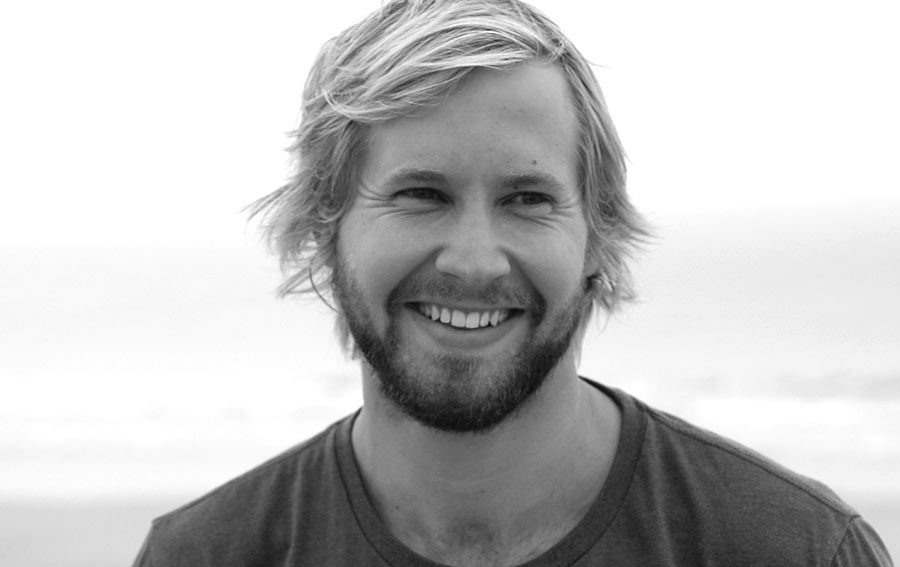 Continentseven: How is the season going so far in WA?
Jaeger Stone: It’s been really fun so far. It started a little slow and didn’t really kick off until the end of November but since then I’ve been hanging out for a break. The wind and waves haven’t been perfect but there’s been enough to get out there almost every day of the week and it’s been nice to have 1-2 days off here or there as well. I have mainly stayed in Geraldton due to work, but have done a couple of weekend trips to other spots and hopefully I’ll get further down South before the season is over.

Continentseven: You participated at all events of the PWA tour in 2014 and you finished 12th. What’s you resume about your first full year on tour?
Jaeger Stone: Yeah, it had its ups and downs but I’m happy with what I learnt and what I took away from it to get ready for this year. I was disappointed with my results during the last half of the Tour but I know what I have to do now and I don’t think I would have if everything went my way. Finishing 12th was a hard pill to swallow for a little while but it’s the best motivation I could ask for.

Continentseven: When watching your latest video we see a very powerful Jaeger, who nails double Forwards in port tack conditions and sets extremely powerful turns in Geraldton’s waves. Last year, you sometimes said, you are not 100% fit after your ankle injury, but now it seems you are very strong?
Jaeger Stone: Ha ha I’m not that strong but other than general soreness from sailing my body is feeling pretty good. My ankle is fine now, it still gets stiff but that’s to be expected. I’ll keep training and working on my strength and fitness to hopefully reduce my risk of injury though. 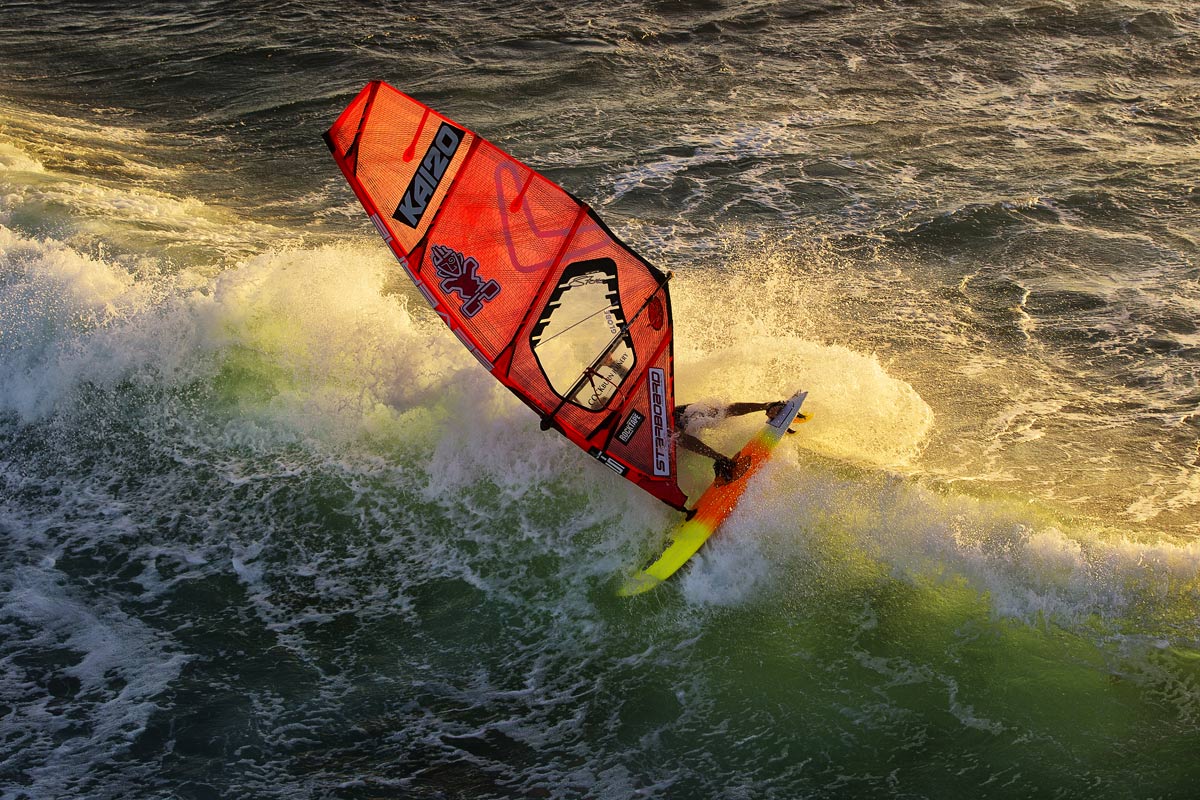 Continentseven: For 2015 you decided to join Starboard. Why?
Jaeger Stone: I haven’t been sponsored by Starboard for the last 5 years but during that time Svein and Tiesda continued to show support towards what my Dad and I were working on and achieving. We’ve worked with Starboard in the past and Starboard have offered to support me in 2015 which will help me windsurf and train as much as possible so I can try and achieve my goal of becoming wave World Champion. Dad and I are looking to work on bigger things and want to continue working on boards that can hopefully progress windsurfing and wavesailing. Starboard is one of, if not the biggest windsurfing company in the world and they have developed an innovative image so I think it’s a really good opportunity to work with them.

Continentseven: You worked as a physiotherapist in the past. Does this change to Starboard mean, you will now focus 100% on windsurfing and competition?
Jaeger Stone: No, I’ll still be working for half the year as a Physiotherapist. I don’t earn enough from windsurfing to just windsurf but I think even if I did I would still prefer to work a little because I really enjoy having a balance between Physiotherapy and windsurfing. Being sponsored by Starboard means that I can stay overseas for longer though and hopefully fit in a couple of windsurfing trips with Scotty and Philip.

Continentseven: You move from your father’s custom board brand “Stone Surf” to one of the market leaders? 2014 your father registered the brand for the PWA World Tour to allow your participation in the tour. Now you move.  It’s a bit like “adultery”, isn’t it?
Jaeger Stone: Ha ha not really. As I said before, Dad and I are both keen on working towards bigger things and teaming up with Starboard will help provide us with that opportunity. I paid for the PWA fees last year, I felt like it was a bit unfair that Dad had to pay for something that I wanted to do and was pushing for. I guess not having to pay the PWA fee’s is a bit of a bonus about riding for Starboard too.

Continentseven: You are known as a rider, who likes to sail on specially designed boards. Will your father be involved in the R&D of the Starboard production boards from now on and will you probably get your own signature model?
Jaeger Stone: Yeah, both Dad and I will be sharing our ideas with Starboard. Dad has so much to offer and is so clever when it comes to surfboard and sailboard development, and Starboard are also a very innovative company so it will be really exciting to develop boards together. I have been riding thrusters and working on them with Dad since basically day dot, so there is the potential to develop this with Starboard.

Continentseven: Will your father still shape your boards or how will the collaboration look like?
Jaeger Stone: Dad and I will be working closely with Starboard to make sure that I continue to ride boards that are best suited to my style of waveriding. Starboard will be releasing a new board called the Reactor soon and this is a very similar shape to some of the boards I’ve been riding over the last 5 years or so. I’ve tested the Reactor in W.A. over Summer and it didn’t take long for me to adjust and feel comfortable on it. I’ll help with the development of these boards and as mentioned before there might be the potential of developing a thruster which I’m most looking forward to.

Continentseven: What are your plans for the upcoming months? Will go to Cape Verde in February, where the AWT will run their first event?
Jaeger Stone: I’ll be staying in W.A. for the remainder of summer windsurfing as much as possible around work. I won’t be able to get to Cape Verde unfortunately. The other Physio’s at work will be having a bit of a holiday around that time and it’s only fair that I cover for them while they’re gone as they do for me. There are a few local competitions that I’ll try to compete in to continue learning how to sail a heat and the biggest one is the Lancelin Ocean Classic starting this week. In March I’ll go to Maui for a month to train starboard tack before returning back to Australia for a few weeks to make sure everything is ready for the start of the PWA.

Continentseven: Thanks for your answers. Good luck, health, happiness and success for the upcoming year!

Do you have video version of this interview? 🙂

Good to see more sailors getting the “work”/life balance right … makes your windsurfing life so much easier when you have a decent income coming in.