Half way to Hawaii by Torben Sonntag 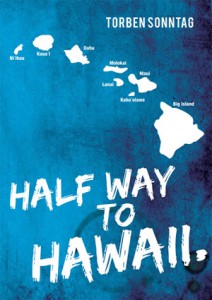 Link to the ebook: http://www.amazon.com/dp/B00TJTO7JS

We are reading the book and are about half way through the book. It is a kind of a mix of a crime thriller, non-fiction book and travel guide. Maui regulars will know a lot of the spots and non Maui regulars will definitely get to know the place better. The language of the book (the German version) is very simple and easy to read. The book is about two friends from Germany, Tom and Steve, who travel to Hawaii. Tom is the first-person narrator of the story. He likes Maui, smoking weed, drinking beer, windsurfing, surfing and parties. Tom is a bit sexist, has a dry sense of humor and sometimes thinks he is James Bond.

Like already mentioned, the two best friends from Germany, Tom and Steve, travel to Maui. After a party they get brutally attacked and Tom almost dies while Steve gets kidnapped. Tom has no clue what is going on. Tom, figuring the local police won’t be able to provide fast enough help, decides to take matters into his own hands. A sneaking suspicion leads him to the uninviting island of Kaho´olawe. The complete island is a restricted military zone since the Air Force and NAVY used the island as a target to train precision bombing and test new missiles. When Tom sets foot on Kaaholawe to rescue his friend, he has no idea that the hunt is just about to begin. He gets caught in a whirlwind of weapons, drugs and deception, suddenly finding himself in a murderous game of hide-and-seek around the globe.

Link to the ebook: http://www.amazon.com/dp/B00TJTO7JS

Half Way To Hawaii – Video Trailer 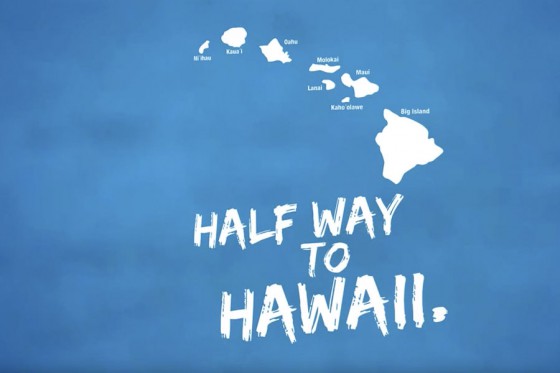 Half Way To Hawaii - Trailer