Day 5 kicked off with the freestyle elimination at 8:45. At 14:10 Gollito Estredo got announced as the winner of the Freestyle single elimination. Gollito’s hardest competitor was Amado Vrieswijk, who set the highest heat score of the day with 136 points in his semifinal heat against Antoine Albert. In the beginning of the winners final Amado was making points after points, landed a Shifty and Gollito was struggling to fill his judge sheet. But Gollito caught up in the second half of the 8 minute long heat and landed amongst other moves a perfect Shifty and a brilliant Push loop on port tack and won on port tack with some distance to Amado. Amado won narrowly on starboard tack.

Jacopo Testa showed a great performance and finished the single elimination in third in front of Antoine Albert, who had his best day ever on the PWA tour by winning against Yentel Caers and Balz Müller.

Short statement by Gollito Estredo about his single elimination victory 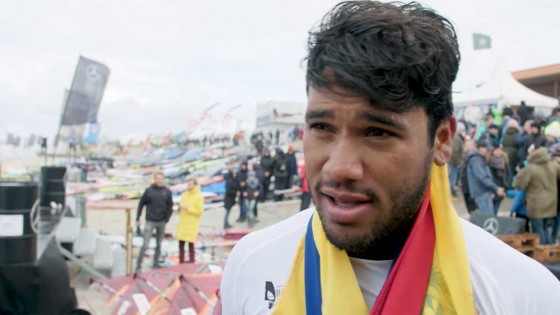 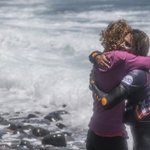 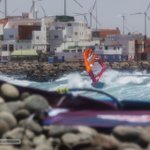