We have already seen many Frontside Wave 360s by men and many attempts by women, but this one by Steffi Wahl is the first completed one we have seen so far. Great to see women progressing in wave moves.

“The Wave 360 was always on my list of things to practice, but sometimes you forget about moves and you don’t do them for a while. I landed some on top of the whitewater before, but I wanted them to be textbook like. That day was special. I almost made the first one I did, but the back foot came out of the strap…. And then all of a sudden it worked nicely in front of the wave. It’s such a good feeling to do one of these wave moves even in more or less powerless Baltic Sea waves.” (Steffi Wahl, December 2017) 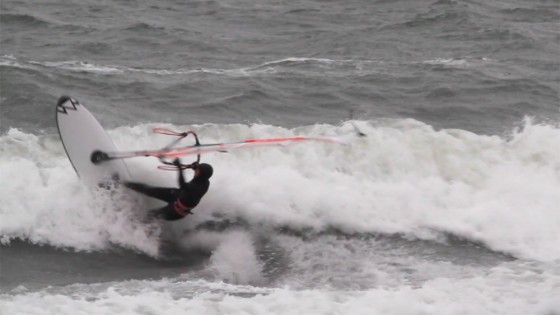 Cow Island – a film…
24. May, 2020 by SeB
Anynody an idea, about the name of the song in the clip? Merci
This website is using Google Analytics. Please click here if you want to opt-out. Click here to opt-out.
We use cookies to ensure that we give you the best experience on our website. If you continue to use this site we will assume that you are happy with it.OkNoRead more