Belgian windsurfer Yentel Caers is on a roll and won the last two EFPT events, held in Fuerteventura and Lanzarote. Matas Blancas in Fuerteventura offered flat water conditions and Costa Teguise real freestyle-wave conditions. Caers convinced the judges at both spots most and made it on top of the podium at both locations. He landed wild moves like Shifty Shakas, double Forwards, Push loops and many more radical moves.

Adam Sims released a video with Yentel’s best action. In addition we had a chat with Yentel about the two events. Read the interview below.

Continentseven: Two victories in a row on the EFPT tour. How is that?

Yentel Caers: I can’t say more than I’m super stoked about that!!!

Yentel Caers: Both events where completely different. Fuerteventura was super flat water and Lanzarote was the opposite with big waves.

Continentseven:  How did a good heat look like in Fuerteventura or Lanzarote. What moves did you land?

Yentel Caers: Fuerteventura was lighter wind. It was way more technical windsurfing. I went for double Culos, Flaka Shaka,…. In Lanzarote we got stronger wind for 4.4m to 4.8m and waves. We went for bigger moves. On starboard tack you could see all the double power moves like Air Bob Culo, double Burner,… on port tack it was more about jumping like Shifties, double Loops, Bongkas,… 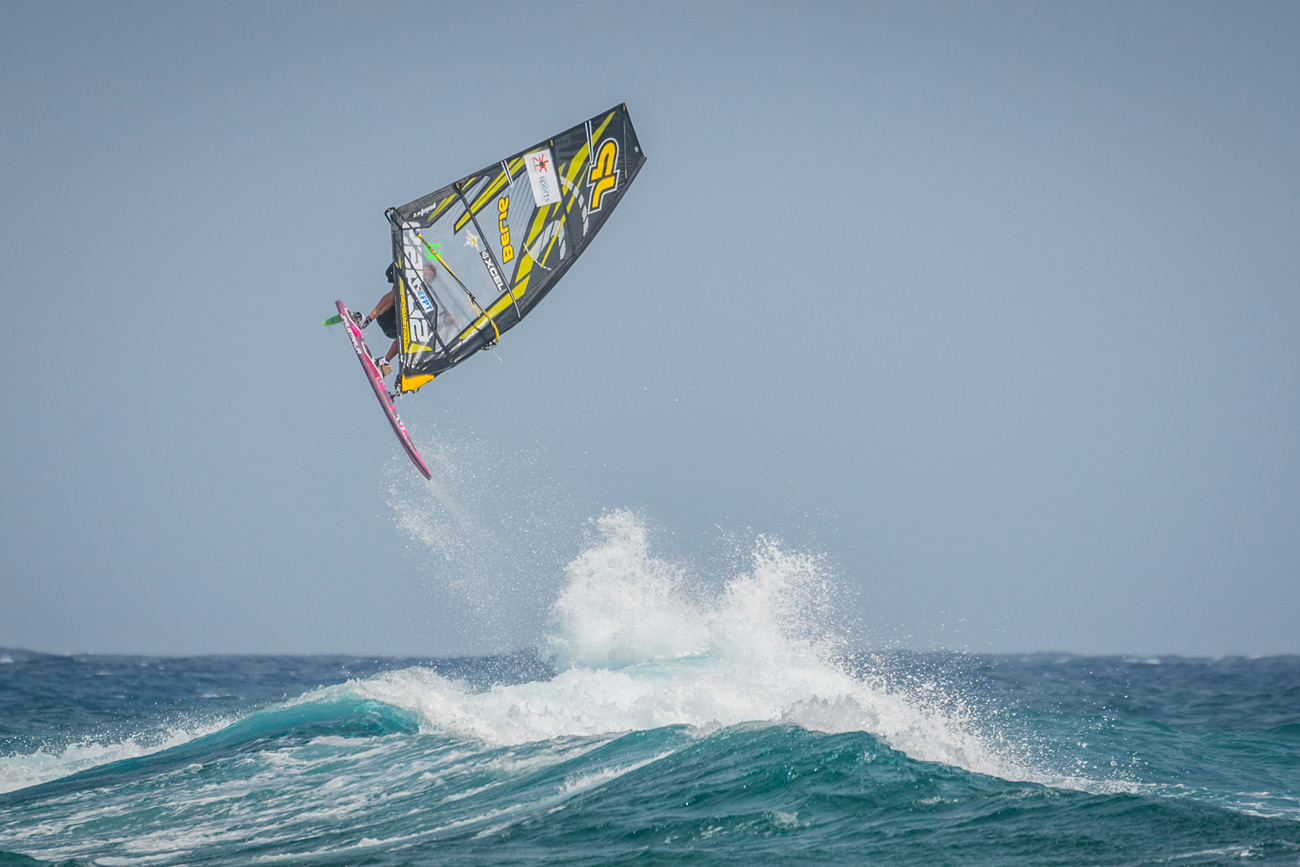 Continentseven:  What about your opponents? Did you expect to have so close fights?

Yentel Caers: Yes, I expected that. For many freestylers Lanzarote is their favorite place to compete. So everyone was looking for that win!

Continentseven: In Lanzarote you fought back in the second elimination. How did you manage to motivate yourself to beat a very strong Adrien Bosson?

Yentel Caers: I was just having fun in my heats and trying to push my own level higher up. Adrien Bosson was sailing super good as well as all the other guys. I really was trying to win but during the heats it was more about to put a heat together I like.

Continentseven:  How much harder will it be at the PWA tour to win the event? Jacopo, Amado, Gollito, Balz, Davy and a few more didn’t compete at the EFPT events.

Yentel Caers: The level will go through the roof!! Everyone is looking for that world title and will give everything to get it. 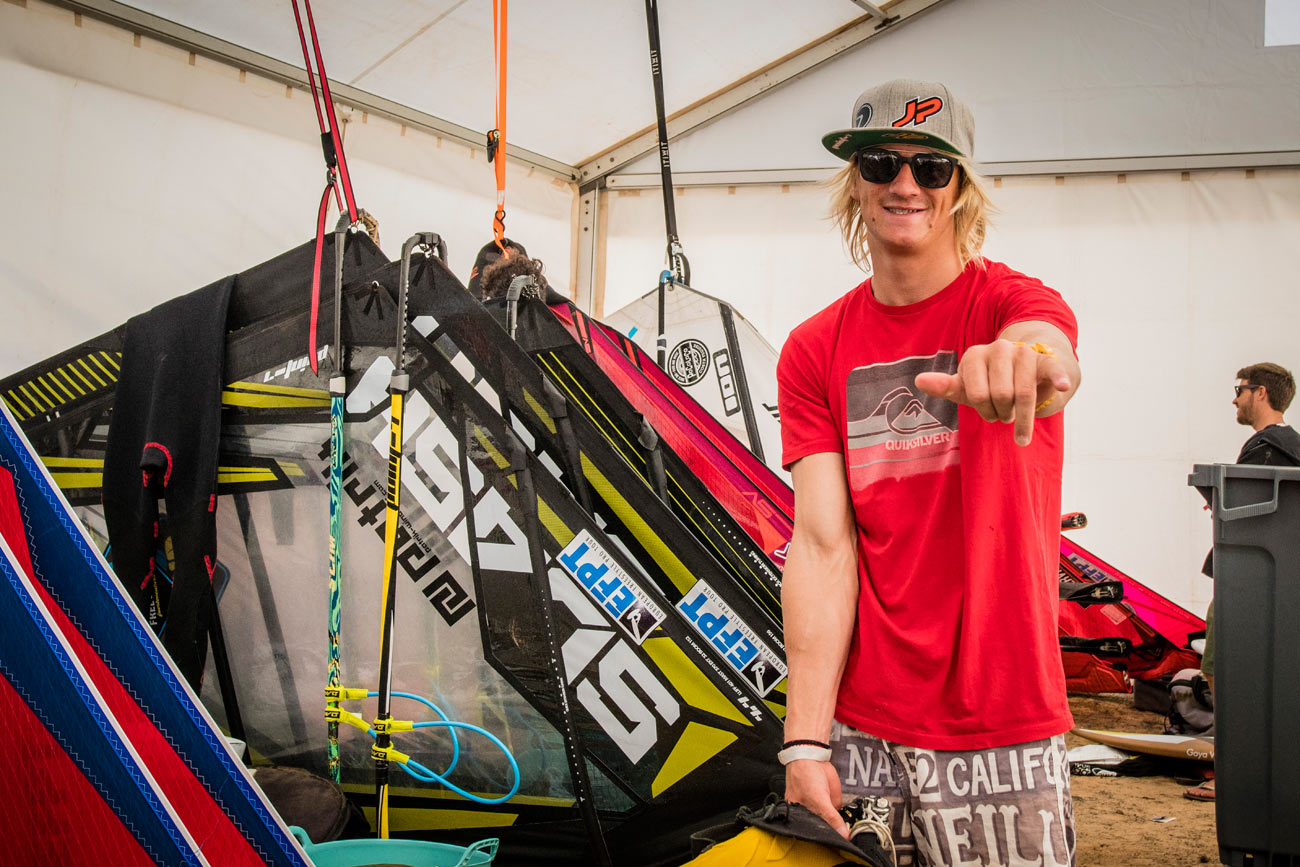 Continentseven:  Do you think these two victories are an advantage for you?

Yentel Caers: Yes, I think for my confidence it’s good!

Continentseven: Are you disappointed that you aren’t allowed to compete in all EFPT events this season? It’s a loss of money, too.

Yentel Caers: Yes it’s a loss, but I have this problem for the last 3 years already.

Continentseven:  How difficult was it to compete again after such a long break. You had your last heats in Sylt in 2017?

Yentel Caers: It’s not the biggest problem as I felt really fit and ready for it!!!

Continentseven:  It looks like your preparation in Europe over the winter months was the perfect choice. Do you agree? Or would you be even better if you would have travelled to Brazil for instance?

Yentel Caers: Yes, the road trip through Europe was cool and a great training. I windsurfed in so many other conditions as I normally do when I go to Cape Town. Brazil is a lot of fun, but it’s a too easy place. The moves you can land there you can’t do anywhere else. 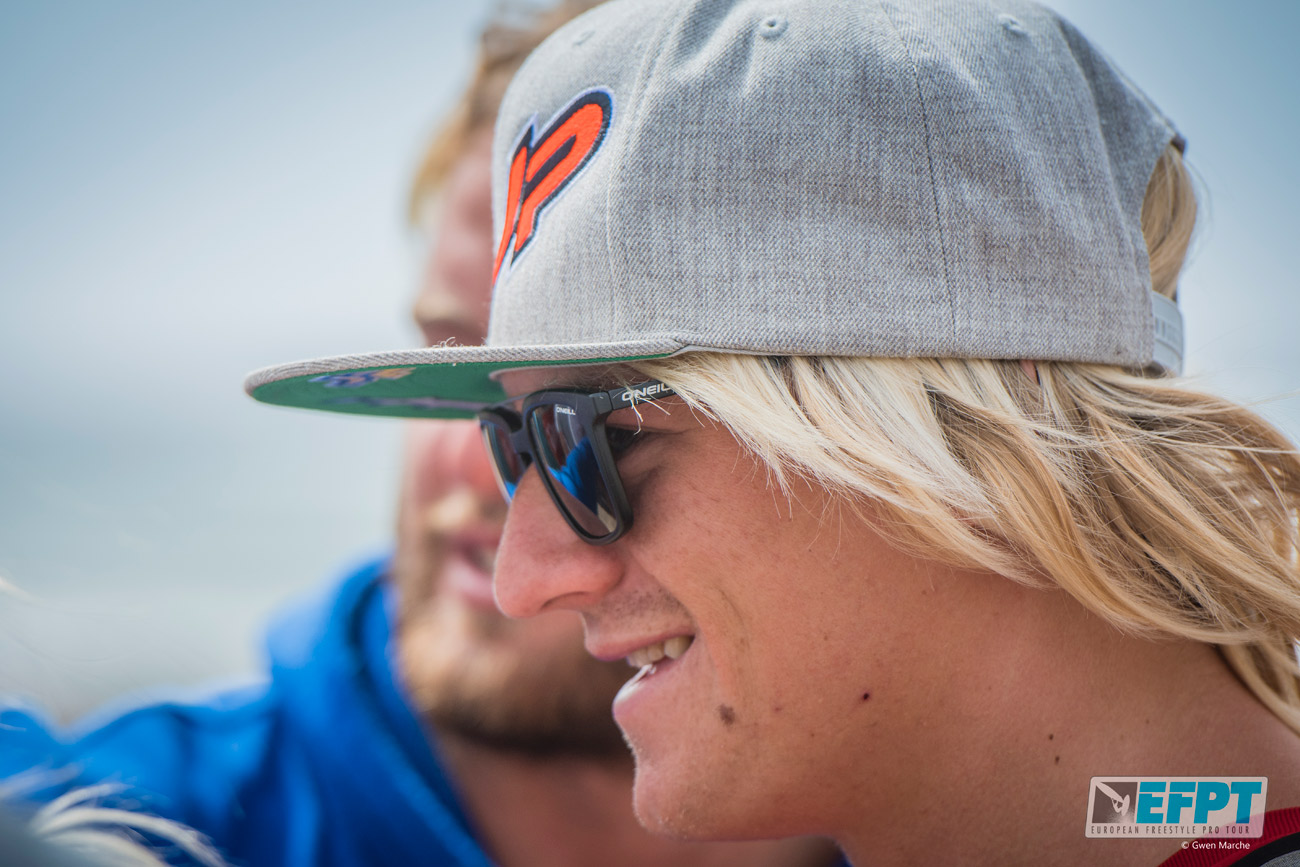 Continentseven: Do you think the level increased over the winter months? What’s your impression?

Yentel Caers: Yes, it has. In Lanzarote you could clearly see it. You could see moves as Shifties already from round one onwards.

Continentseven:  Who will make it on the podium in Fuerteventura?

Yentel Caers: Really hard to say, I think everyone from the top 16 can make it there.

Continentseven:  Who will win the EFPT tour in 2018?

Yentel Caers: For the moment it’s a battle between Tonky, Steven and Giovanni. And I think they will be the top 3, but I can’t say in which order.

Continentseven: Thanks for the interview and cu soon!

Yentel Caers: Thank you C7 team for the interview and see you in Fuerteventura soon.

Wow that video is unwatchable. Show some context in the moves please, otherwise it just feels like a mess.