Lefkada island is well known for its spot in the south west of the island, called Vassiliki. But what many of you probably will not know is the fact that Lefkada has another spot with great bump and jump conditions and onshore waves on windy days. The spot is called Milos Beach, named after the windmills, which line up along the sandy beach. After a three year long break, the EFPT tour returned to Milos Beach for the 5th time. 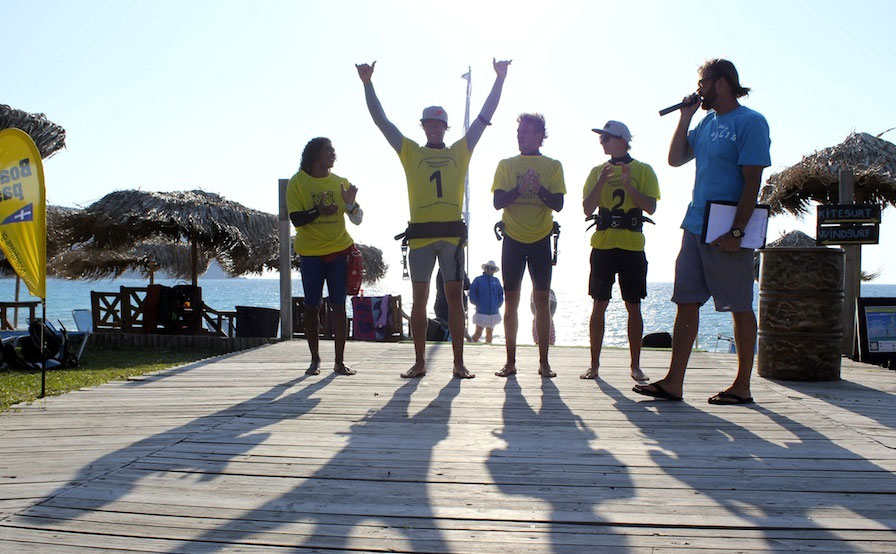 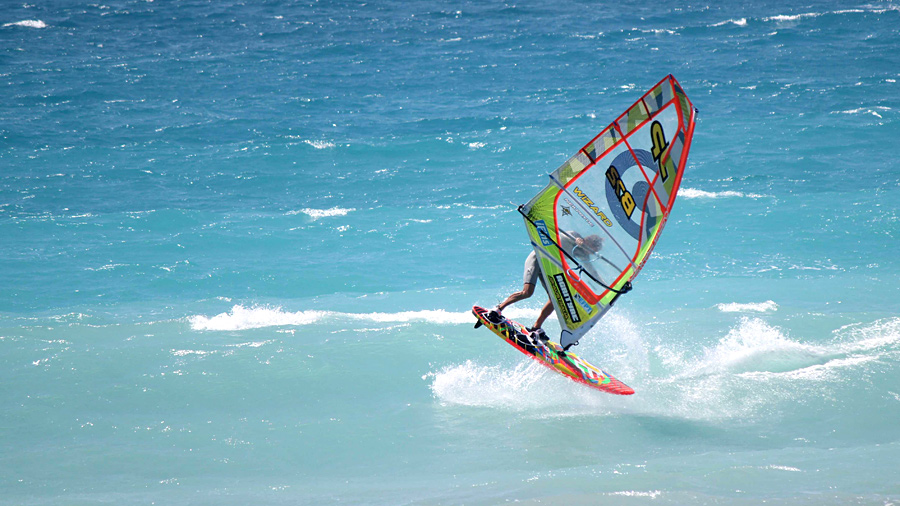 Although the first day of the event was windy, the race crew was not not allowed to start the competition. According to the press officer Hanna Poschinger, the port-police declared the beach not safe enough for an official competition stating that no rescue-boat could launch or land at the shore. We were not in Greece and did not see the conditions in real, but on the pictures it didn’t look very wavy.

Day 2 saw the only day with suitable conditions for a competition and a full single elimination was completed. The thermical wind started as forecasted around midday. Race director Tom Hartmann left the riders on stand-by from 2.00pm onwards. Shortly before 5.00pm the conditions improved to a point that the riders were comfortably powered up on their 5.0 to 5.3 m sails. Heat duration was set to 7 minutes with 3 minutes transition. 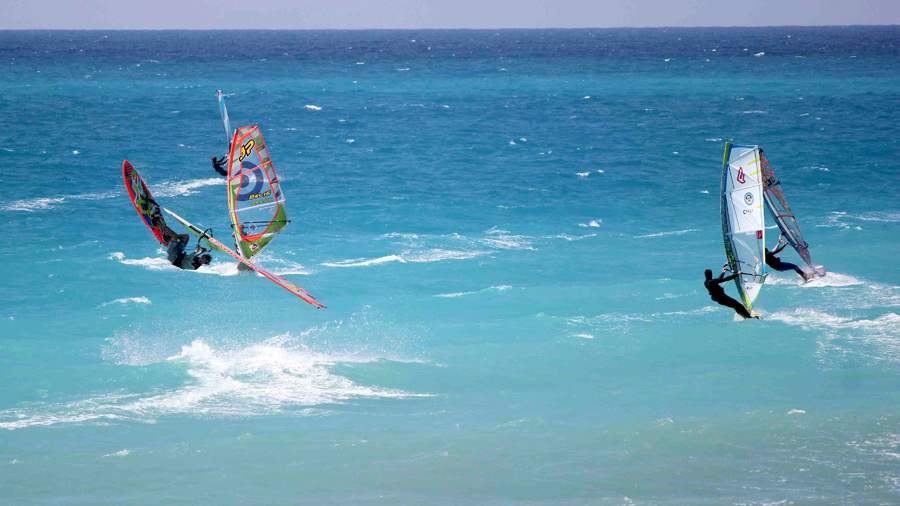 The first heat saw newcomer Christos Loizou from Cyprus against Hugo De Sousa from Brasil who is definitely a hard draw in the very first round. Anyways the Cypriot could pull most of his moves, yet the Brasilian left him no chance by landing power moves and air moves throughout the whole heat. At the same time a battle between two British sailors completed this round. Adam Sims had a very close heat against young Jamie Howard . Both riders put together a very nice performance, yet in the end the decision of the judges favored Howard. Also the next heat between Vladimir Yakovlev from Russia and Loick Spicher from Switzerland was a close one. The Russian advanced.

From the next round on hardly any crashes were marked down on the judging sheets whilst the riders showed power-move combinations as well as sliding tricks. Brazilian talent Hugo De Sousa was on form landing double Culos, Air-funnells into Funnells and Flaka Shaka combos. He took out strong sailing Yentel Caers  and moved into the semi-final where he dominated against young Dutch Rick Jendrusch. Steven Van Broeckhoven  stopped Russian rider Yakovlev in the second round and defeated Adrien Bosson  in the semi-finals, who took out his team-mate Max Rowe in the previous round.

In the winners final once again 2014 European Freestyle Champion and current leader in the PWA freestyle ranking Steven van Broeckhoven showed powerful moves against Hugo De Sousa despite dropping wind conditions. The Belgian landed Air Funnell into Funnells, Shove-it Spocks and several other power moves with a lot of height and speed. De Sousa did a great job, too and landed double moves on both tacks, but wasn’t able to beat Mr. Broeckhoven. Congratulations to all winners!

The wind didn’t pick up during the last two competition days and it wasn’t possible to complete the double elimination. The next EFPT event will take place on the Canaries, Lanzarote, July 8 – 12. Former EFPT champion Antxon Oetagui will organize the event at Costa Teguise. Some big names have already pre-registered: Amado Vrieswijk, Tonky Frans or Phil Soltysiak. 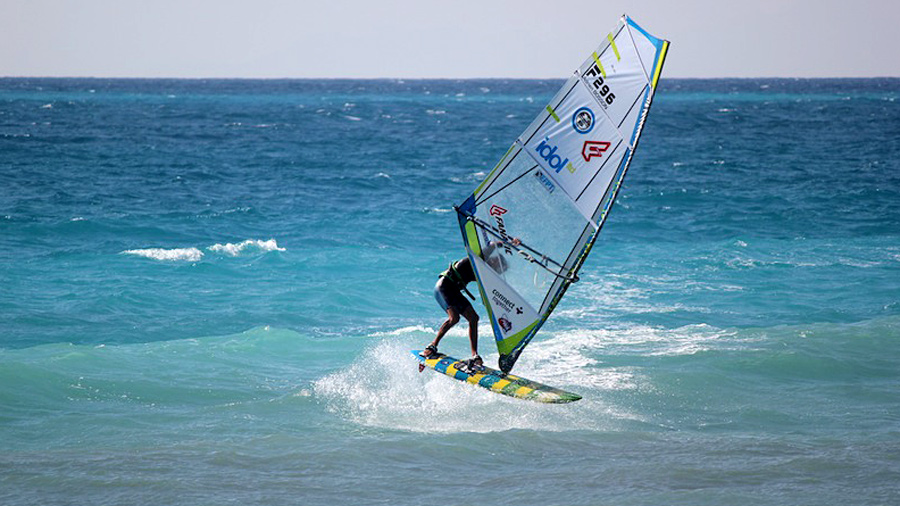