Dario Troiani with a Flaka

Gigi with Shaka action at his homespot

The event area at Sa Barra

Stefano Lorioli finished in 2nd in 2013

Waiting for the heats

Click through a slideshow with shots from the 2013 Sa Barra Freestyle Contest. Jacopo Testa won a year ago in the men’s category. His younger brother Matteo won the youth category. The riders judged riders. Just Italian competitors were participating, no international riders.

The freestyle spot Sa Barra is located on the island of Sant’Antioco next to the big Mediterranean island of Sardinia. Gigi Madeddu runs the Sa Barra club there. It’s a quite windy spot and perfect for freestyle windsurfing as its a bit sheltered towards the open sea. Flat water and easy chop makes it more easy to land moves consistently. Gigi and his friends actually sail a  lot and  try to stick the latest moves. And not without a reason. They will run a stand-by competition, the 2014 Sa Barra Freestyle Contest. The waiting period is scheduled for April/May and in case it’s not windy it will be extended till June 2014. A call will be given two days before the event start. It’s the second time a contest will be held there, but this year international riders can compete at the event, too for the first time. 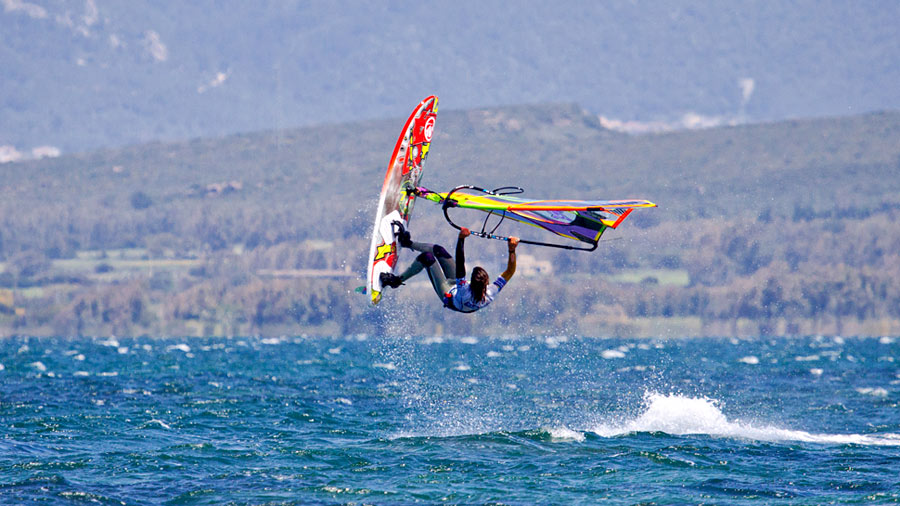 “The contest will be held at the renowned Windsurfing Club Sa Barra, in the waters of the lagoon of Sant’Antioco in the extreme southwest of Sardinia. Strong mistral wind, flat water mixed with regular chop. The center “invented” by myself is the reference point for the Italian freestyle. In the first edition Jacopo Testa was the winner of the Open Contest. His throne will be sorely tested by the strongest Italian riders, but also by athletes of international caliber for whom the contest will be open for the first time.” Gigi Madeddu (Sar-3)