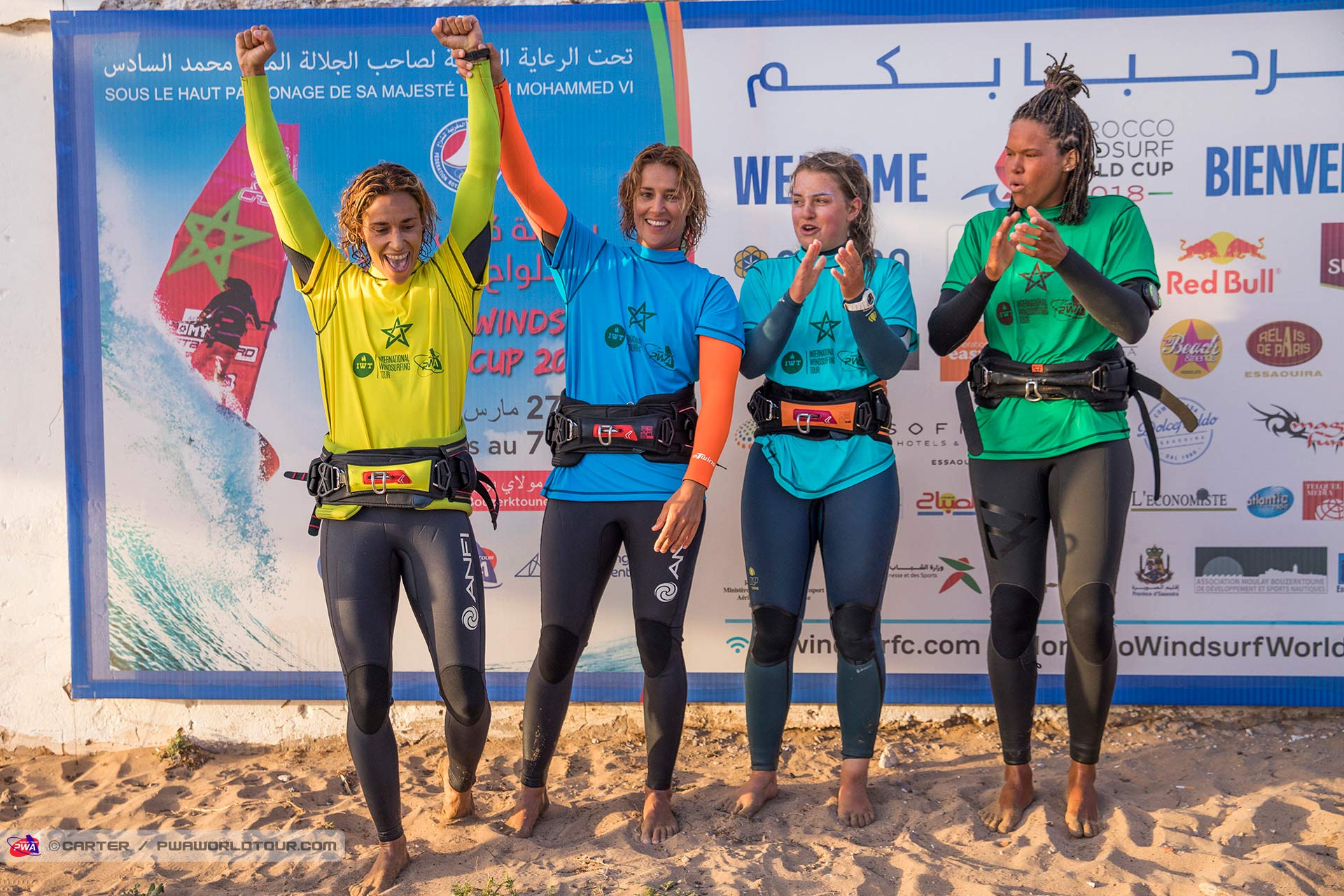 After a single elimination in mainly float and ride conditions and waves head-logo high Iballa Moreno won the event. Iballa Moreno looked in ominous form right from the word go of the single elimination as she sailed with a superb blend of speed, power and flow, combined with a variety of turns, floaters and aerials to make a statement of intent for the season ahead.

Although there were some close calls, the top seeds survived unscathed as all of last year’s top 4 – Iballa Moreno, Sarah-Quita Offringa, Daida Moreno, Lina Erpenstein – navigated their way into the 4-girl final. The final saw all 4 girls in contention for most of the heat as Offringa led for the most part. However, Iballa Moreno held her nerve, patiently waiting out the back for her opportunity, and when that opportuntiy arose the reinging world champion racked up her highest two scoring waves with her last two efforts to win the single eliination ahead of Offringa (2nd), Daida (3rd) and Erpenstein (4th).

More videos from the event in Morocco 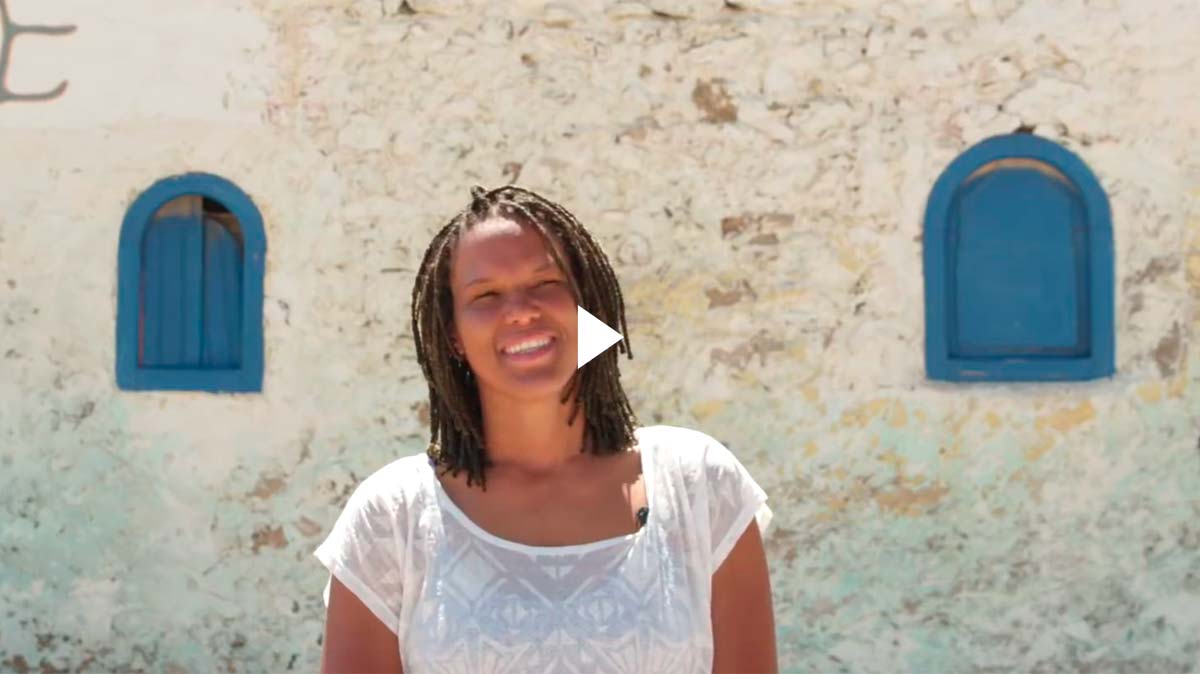 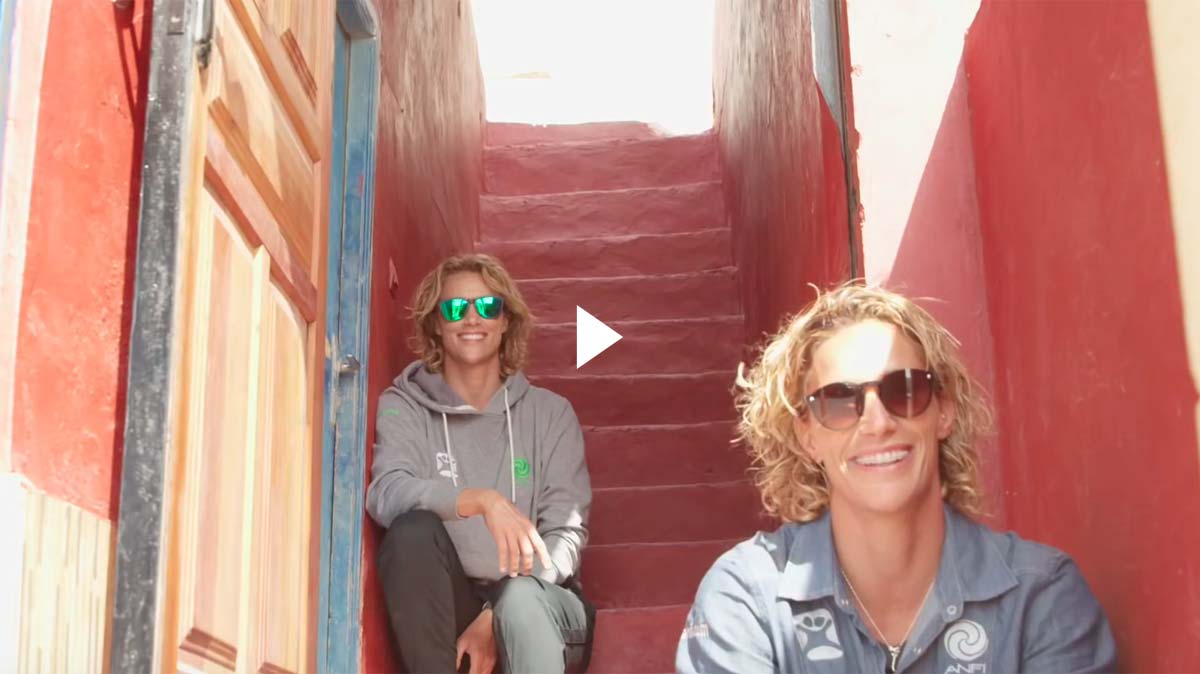 “We started with really light winds, little bit onshore, but by the end of the day it got a lot better so I’m happy that we got a result and super to have won the single. I felt like I was very focused. I trained so hard to be here so I’m happy. I was waiting for the wave the whole heat and I knew I was missing one score and it was in my head all the time to just try and wait and eventually it would come. By the end of the heat I got it and I was just really happy that I got some good sections to hit. Stoked!” (Iballa Moreno about her victory in the single elimination)

While Iballa may have chosen to play the waiting game, Sarah-Quita Offringa chose a slightly different approach as she remained busier throughout the final and for a long time, it looked as though those tactics were going to pay off with her leading the way for much of the final. The Aruban linked together the second highest scoring wave of the final – 7.62 points – but then couldn’t quite find another wave with enough scoring potential to keep her nose ahead. However, second place in the single elimination represents an excellent start and she will no doubt be very happy with her day’s work.

Daida Moreno remained in contention throughout the final after putting a score of 7.12 points on the board with just her second wave after linking turns and aerials together but was left to settle for 3rd place in the end. She will now have to wait until the double elimination for her chance to climb higher.

Lina Erpenstein headed to Tarifa before Morocco for a crash course in starboard tack sailing and that paid off for the talented young German in the single elimination and she was delighted to take home 4th place. The 21-year-old was able to deliver some big hits off decent sections, but couldn’t find enough to bother the top 3 in the final. 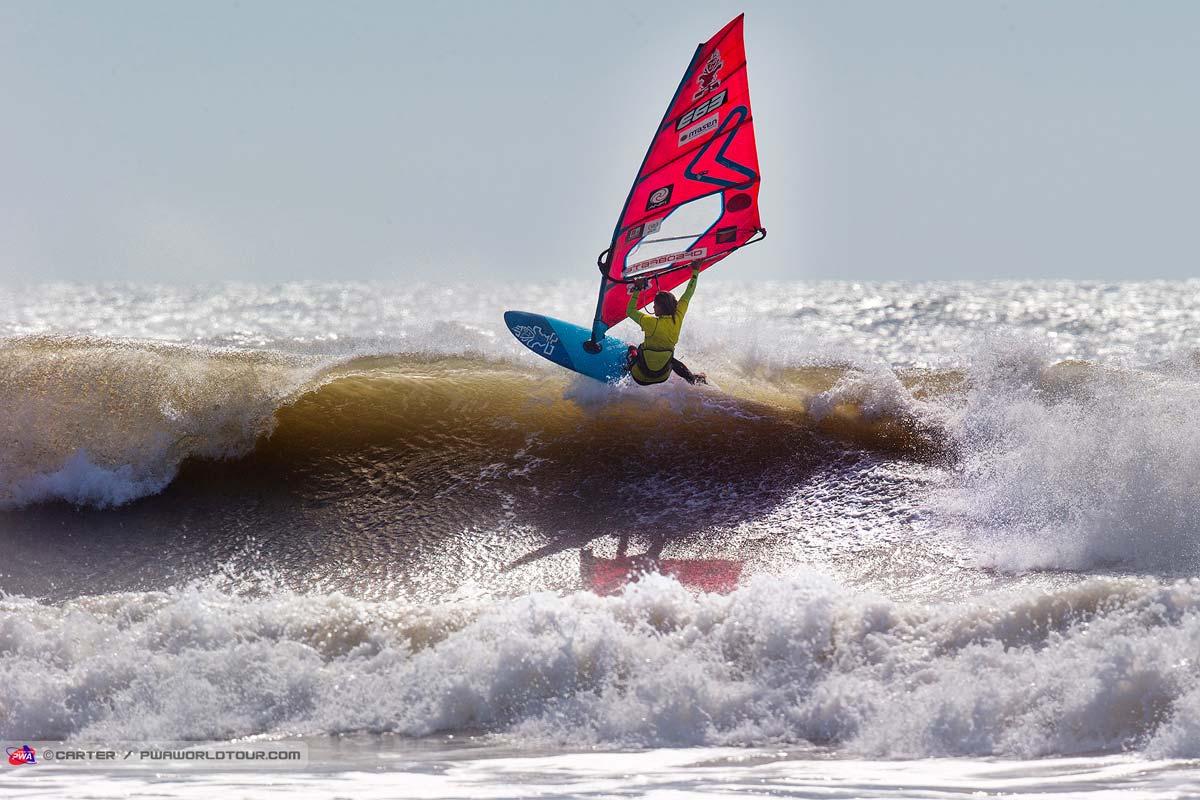 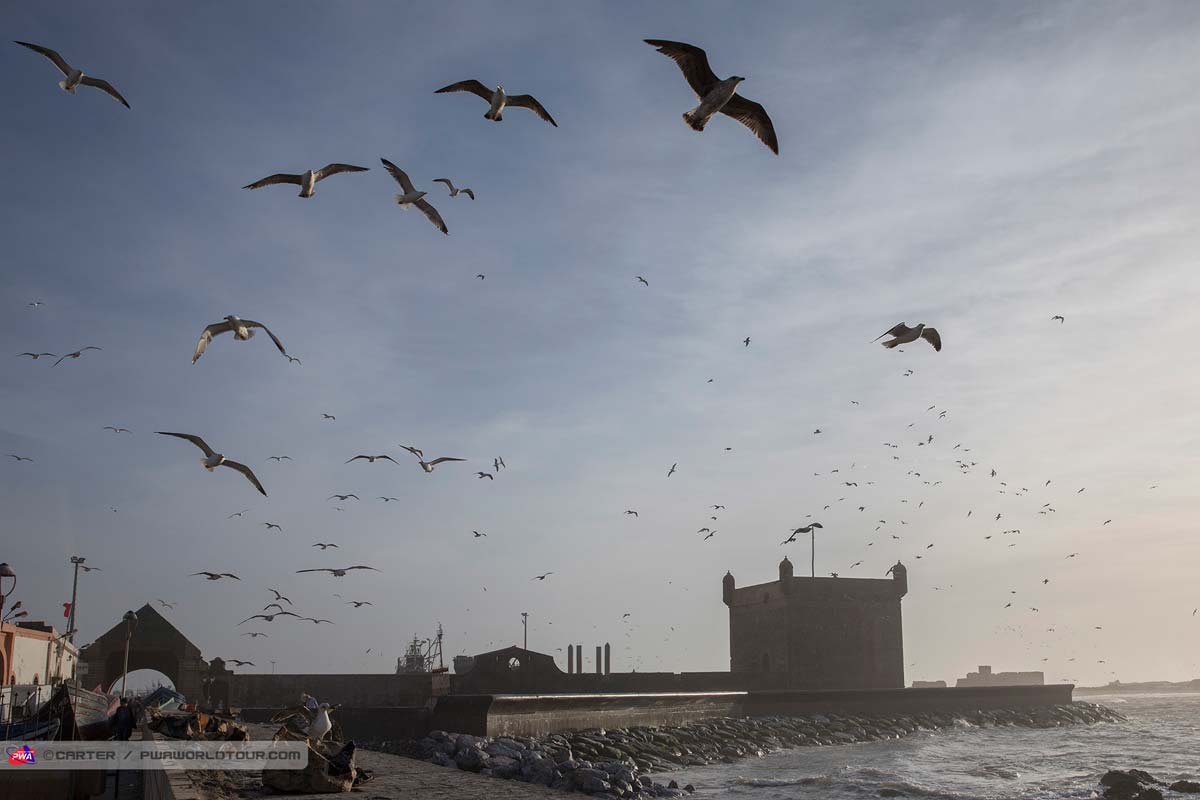 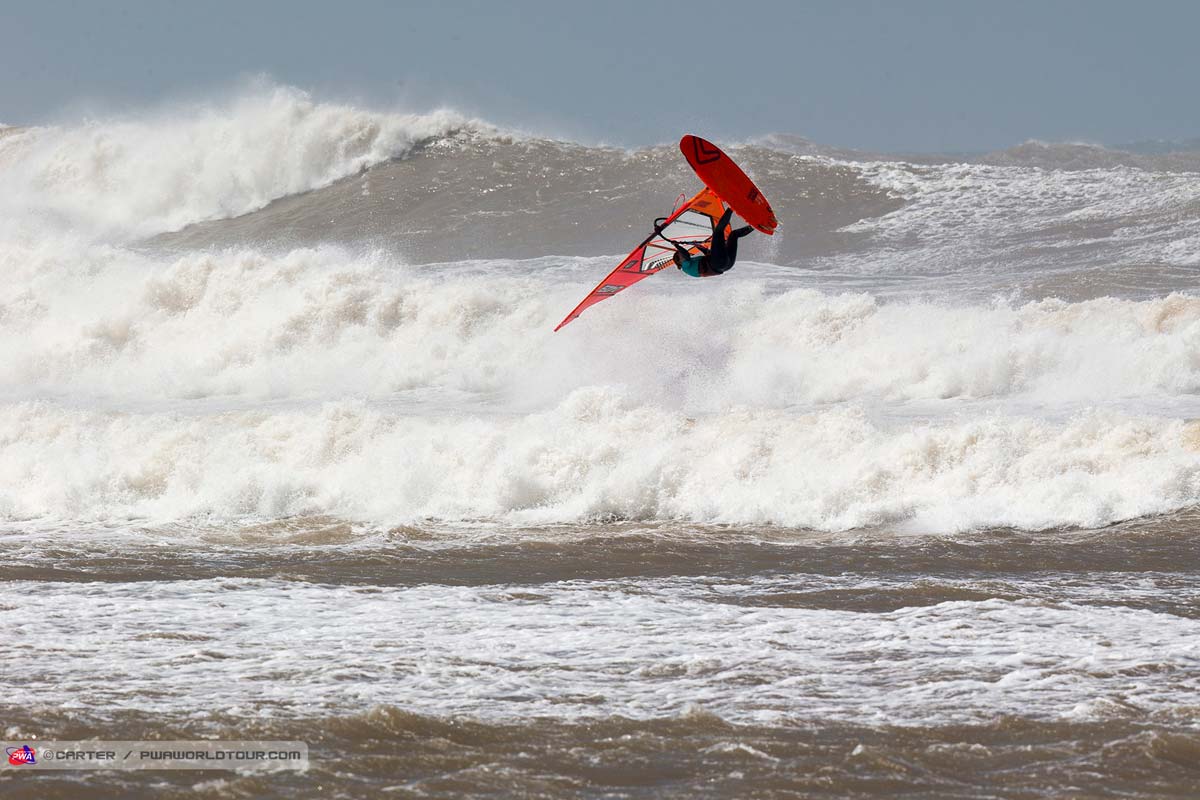 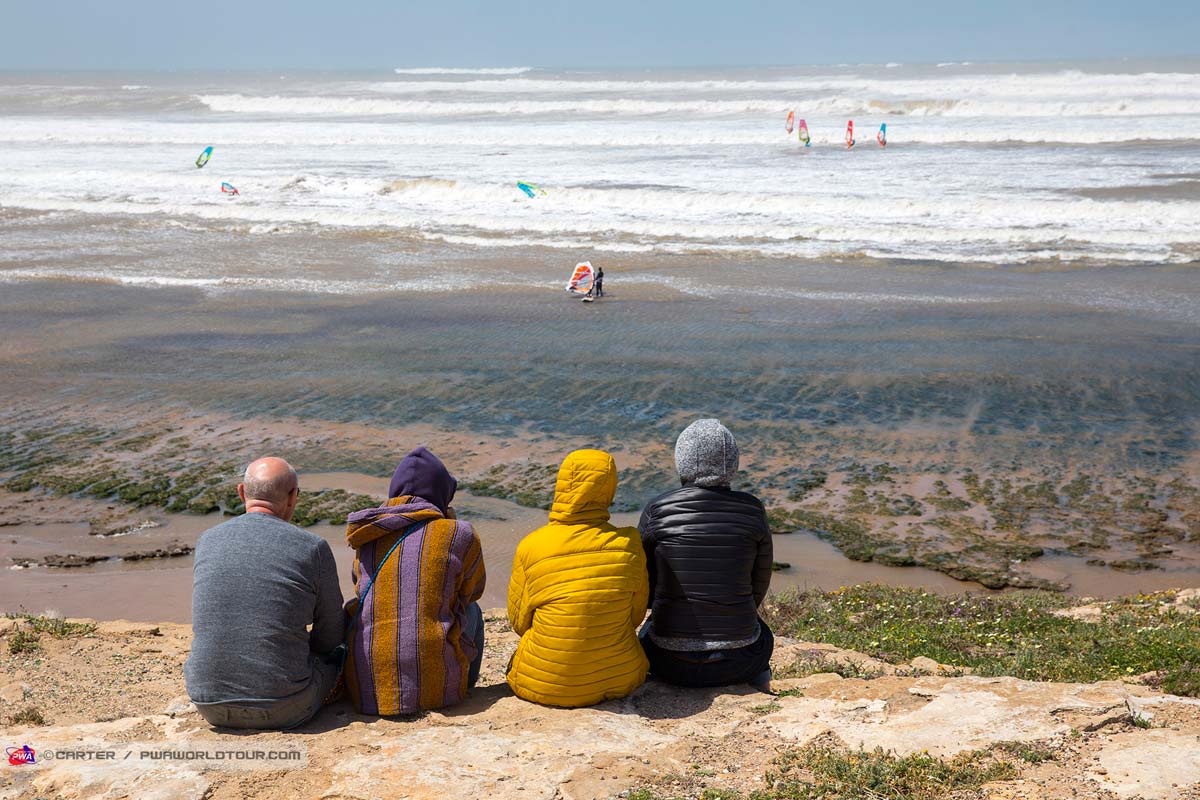 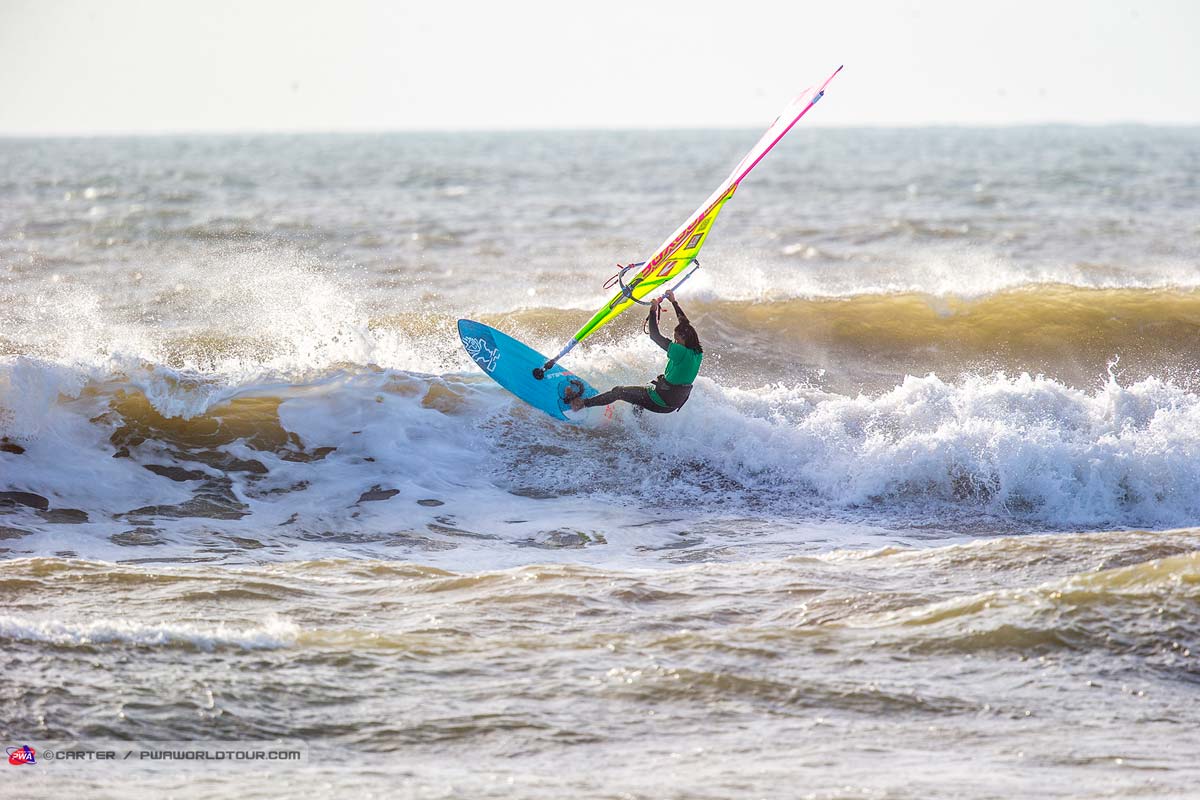 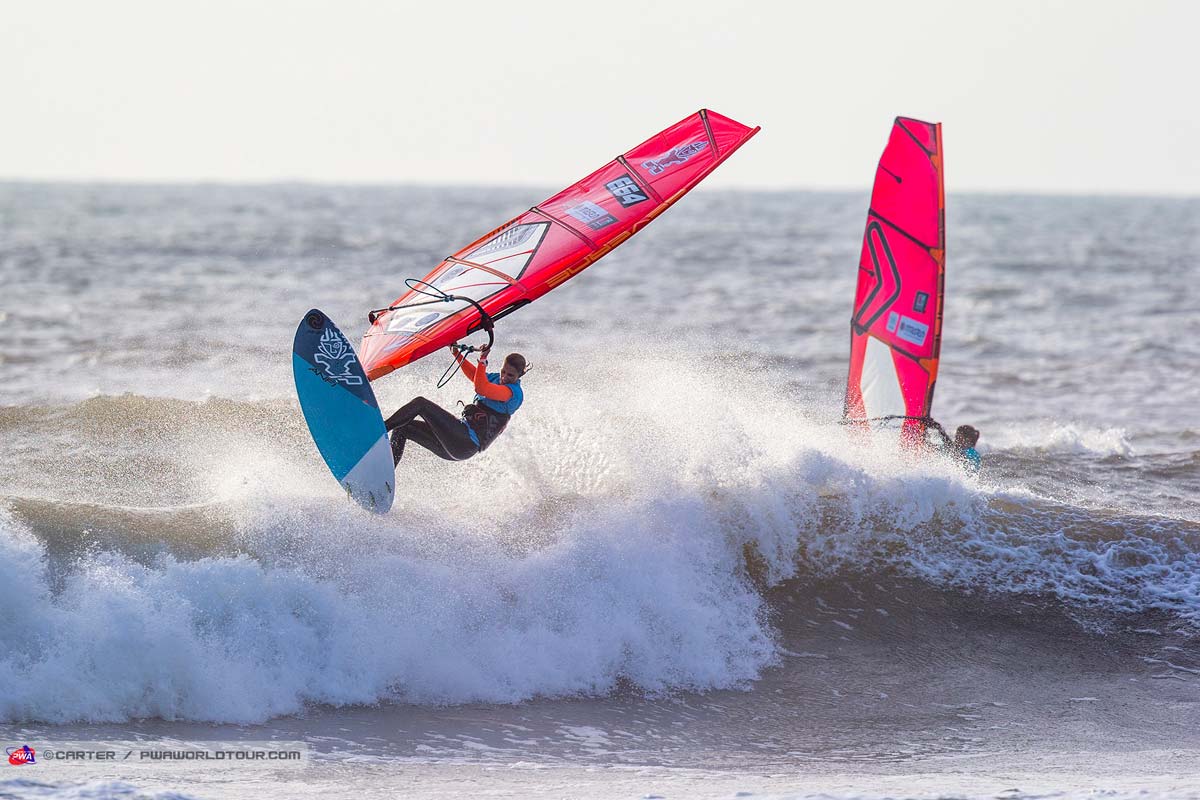