After a 6 month winter break the PWA World Tour has kicked off. For the first event of the 2019 tour the world’s best freestylers return to Bonaire and battle for the places on the podium at the FORSA Bonaire PWA World Cup between 9th-13th April.

Yesterday was the first day of the event and the first round of the Men’s and Women’s Single Eliminations got completed.

Surprises of the day
Julien Mas won against 9-time Freestyle World Champion Gollito Estredo in the first round. The Venezuelan certainly didn’t sail a bad heat, but just met a sailor who was on fire.

What else?
Another rider, who surprisingly dropped out of the single elimination is Antoine Albert. The 11th best freestyler from 2018 lost against Julian Wiemar, who showed power moves and great move combinations. Balz Müller lost against Taty Frans. Taty landed his moves very clean and showed a solid heat. Giovanni Passani claimed a narrow victory by only 1 point over Antony Ruenes. Unlucky fellow of the day was probably Kiri Thode. Kiri showed one of the best heats of the first round with 127.07 points but his opponent was Freestyle Vice-Worldchampion Adrien Bosson, who showed a slightly better heat with 127.7 points. Steven van Broeckhoven produced the highest score of the first round with 131 points and landed a Shaka into Spock, which counted as new move combination. Actually it is a move from Mattia Pedrani, which got invented 2013. Steven’s version is a bit more dynamic though. And an on-fire Nic Hibdige won against local Tonky Frans.

Which riders are still in and have a chance to win the single elimination? 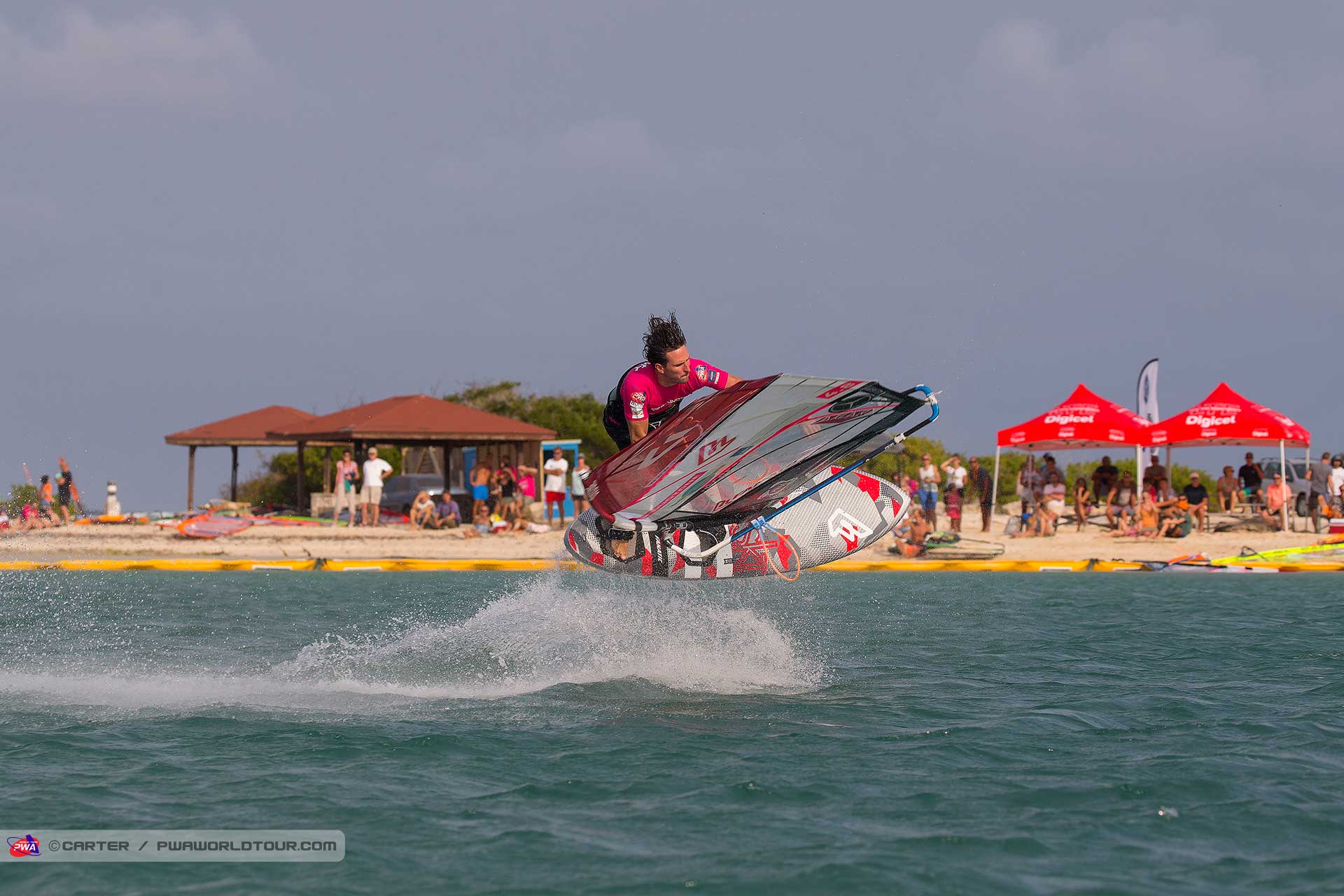 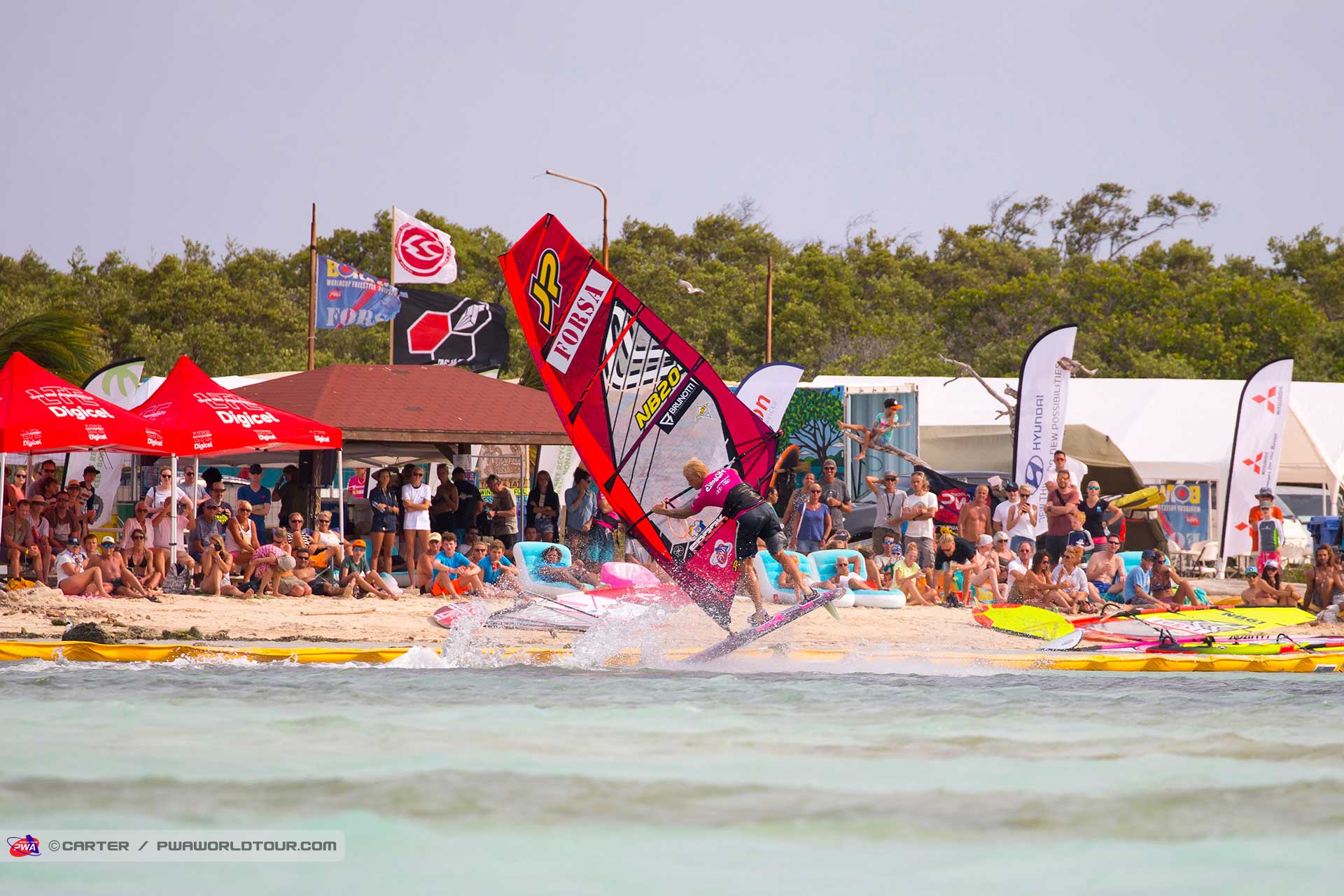 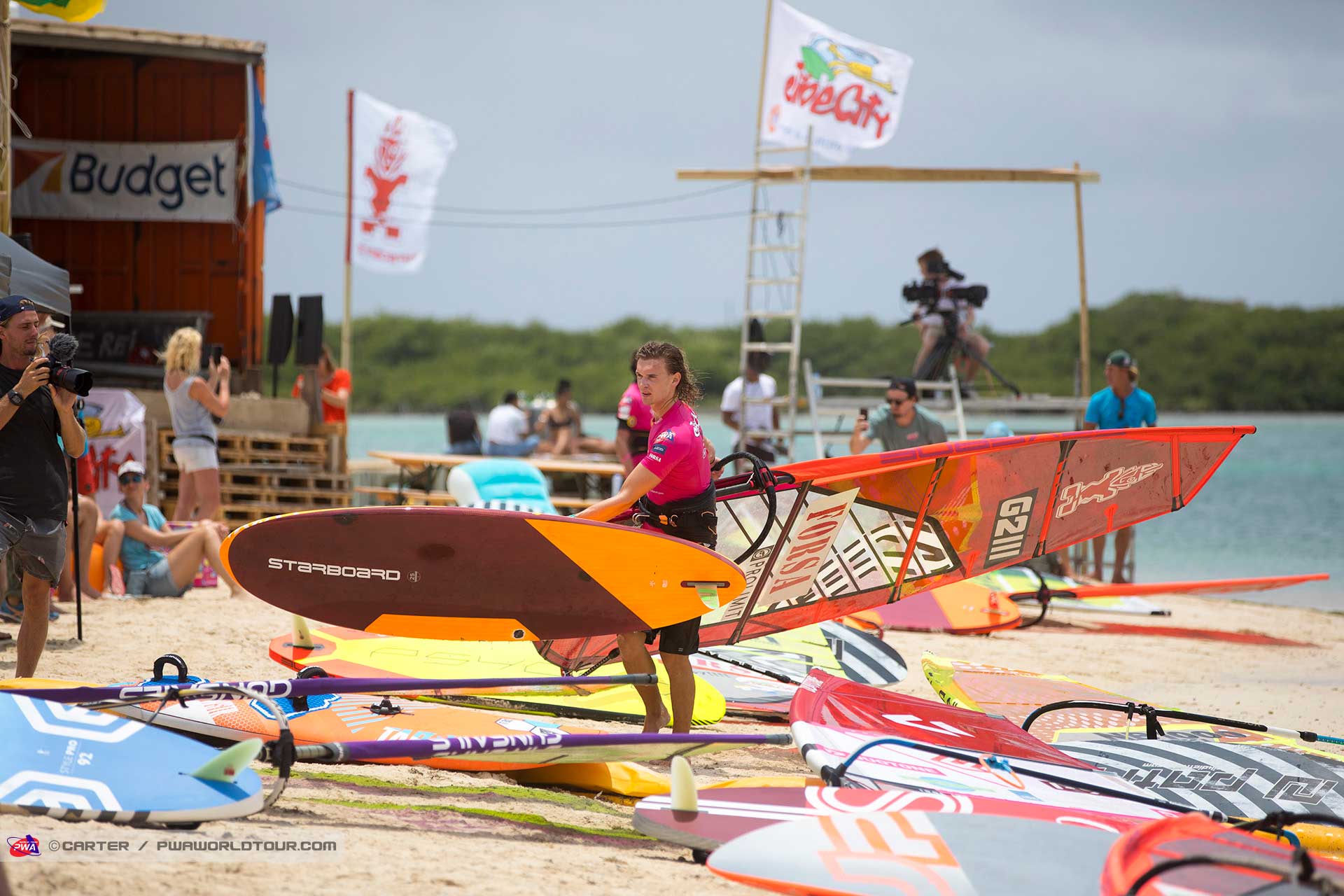 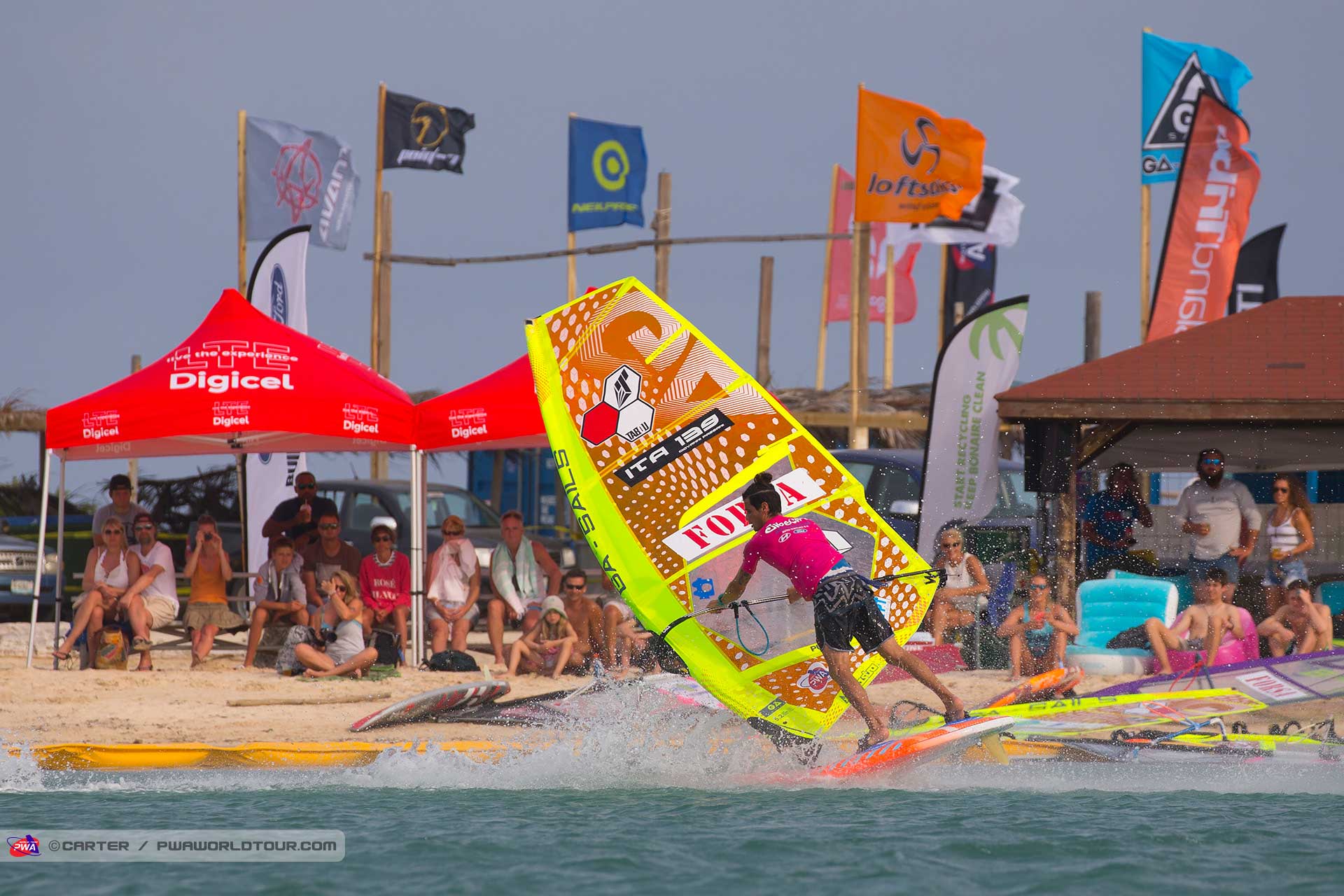 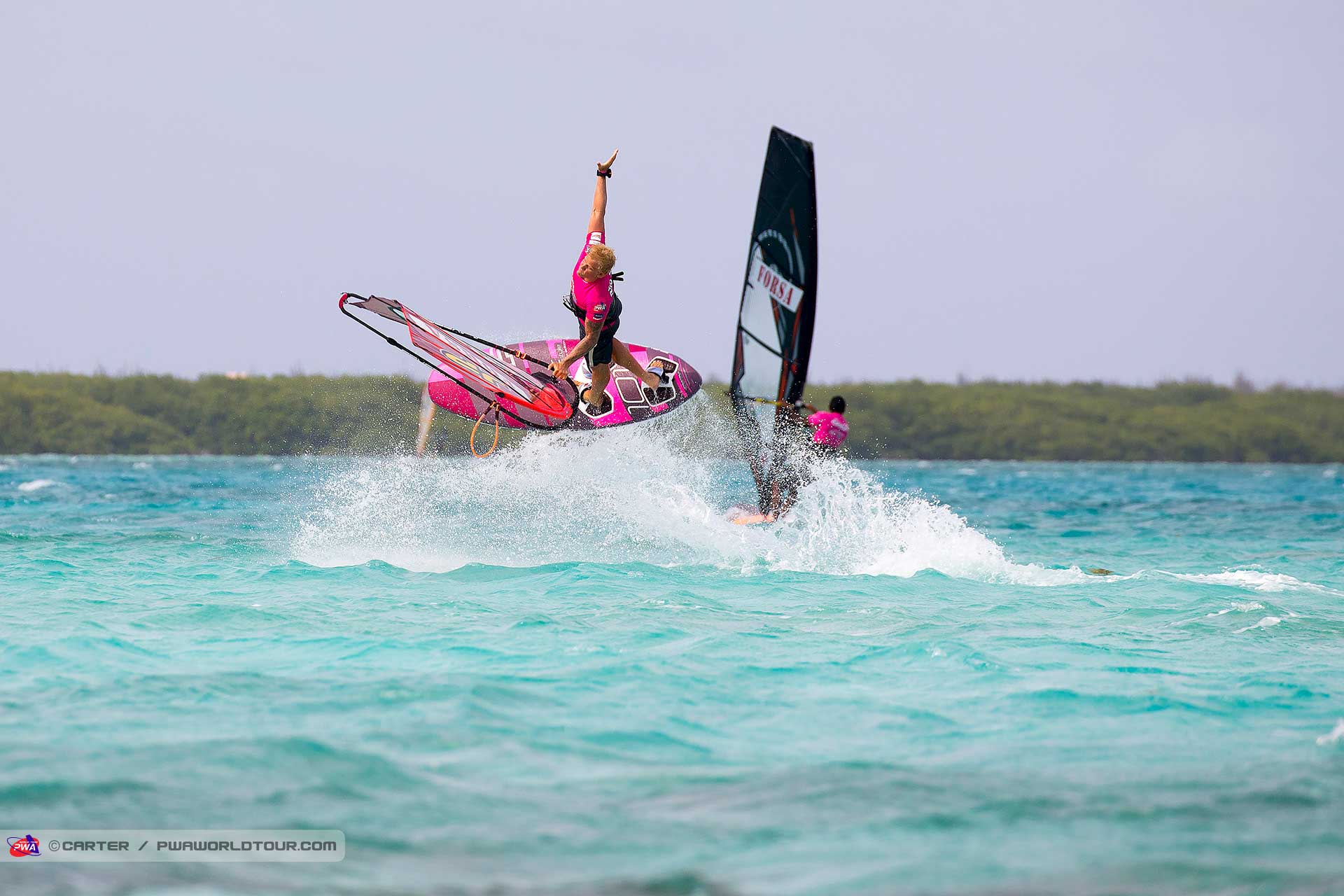 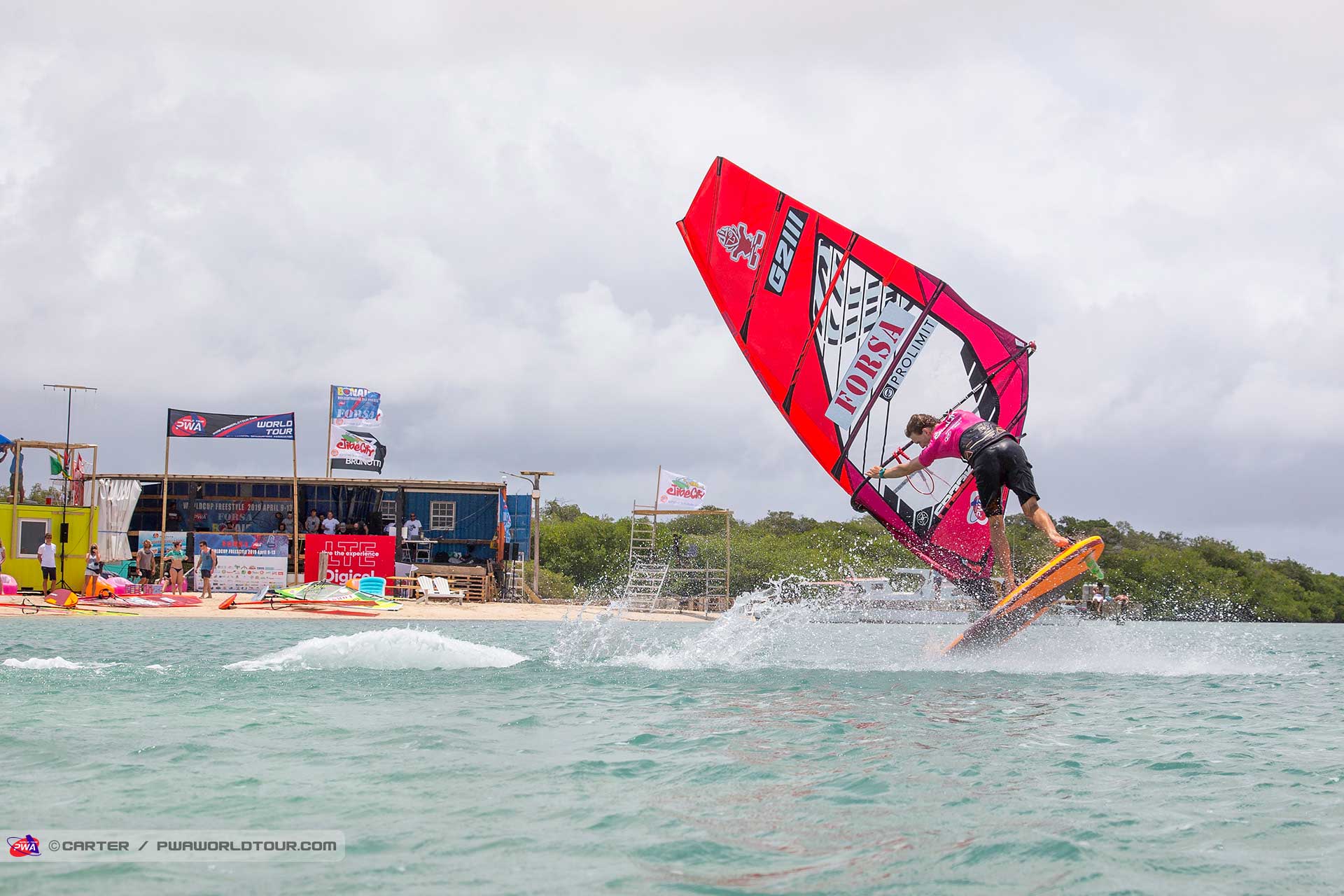 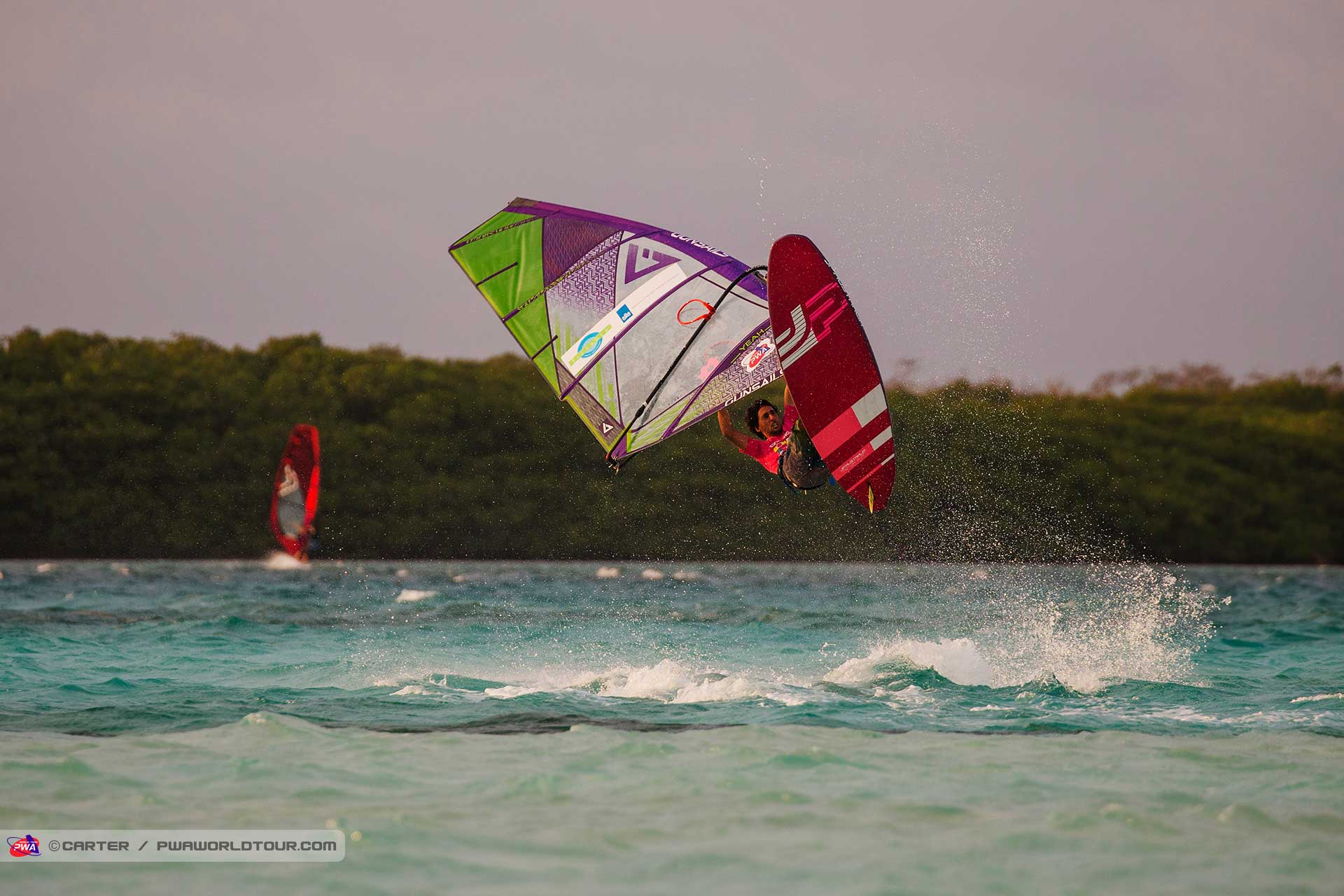 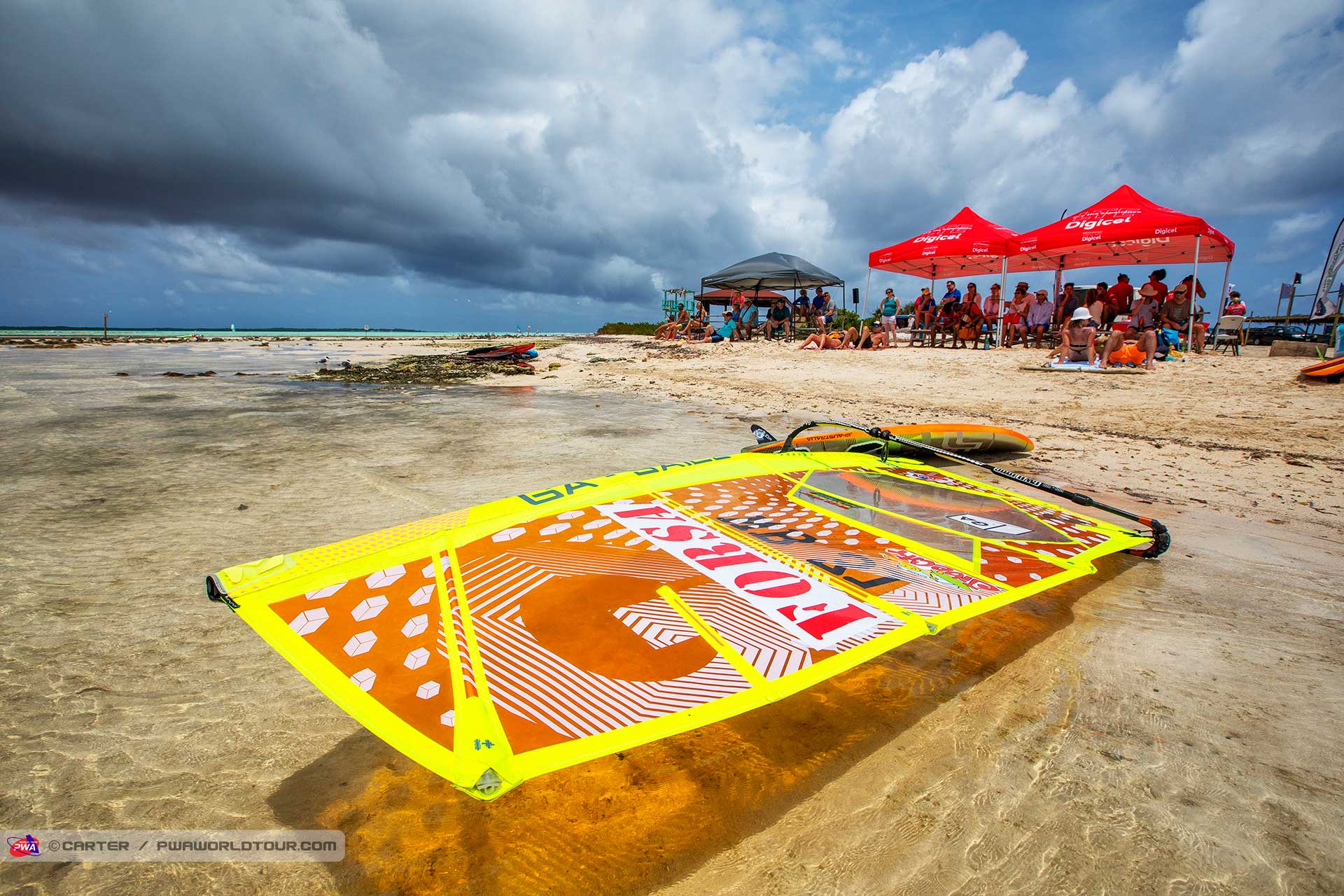 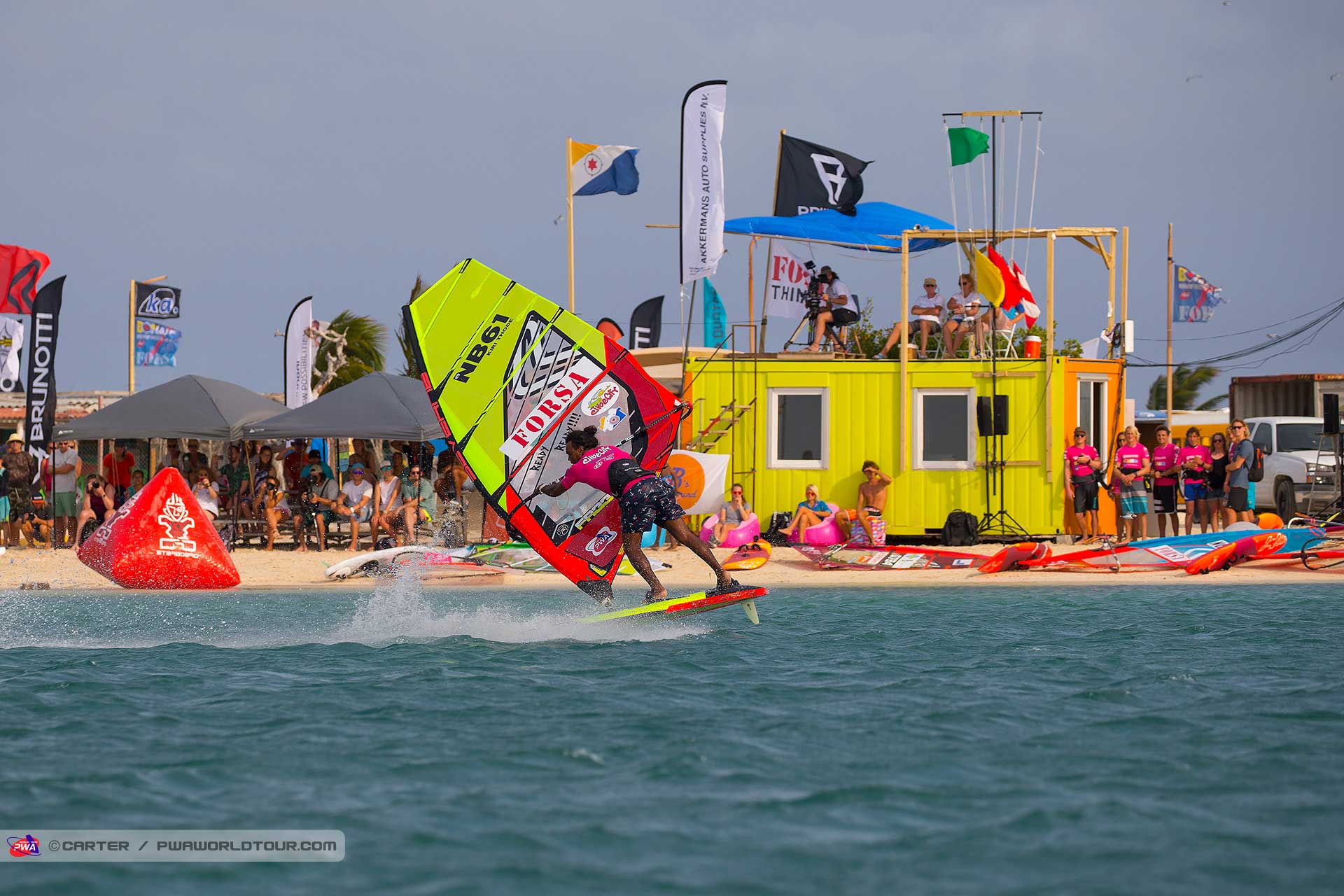 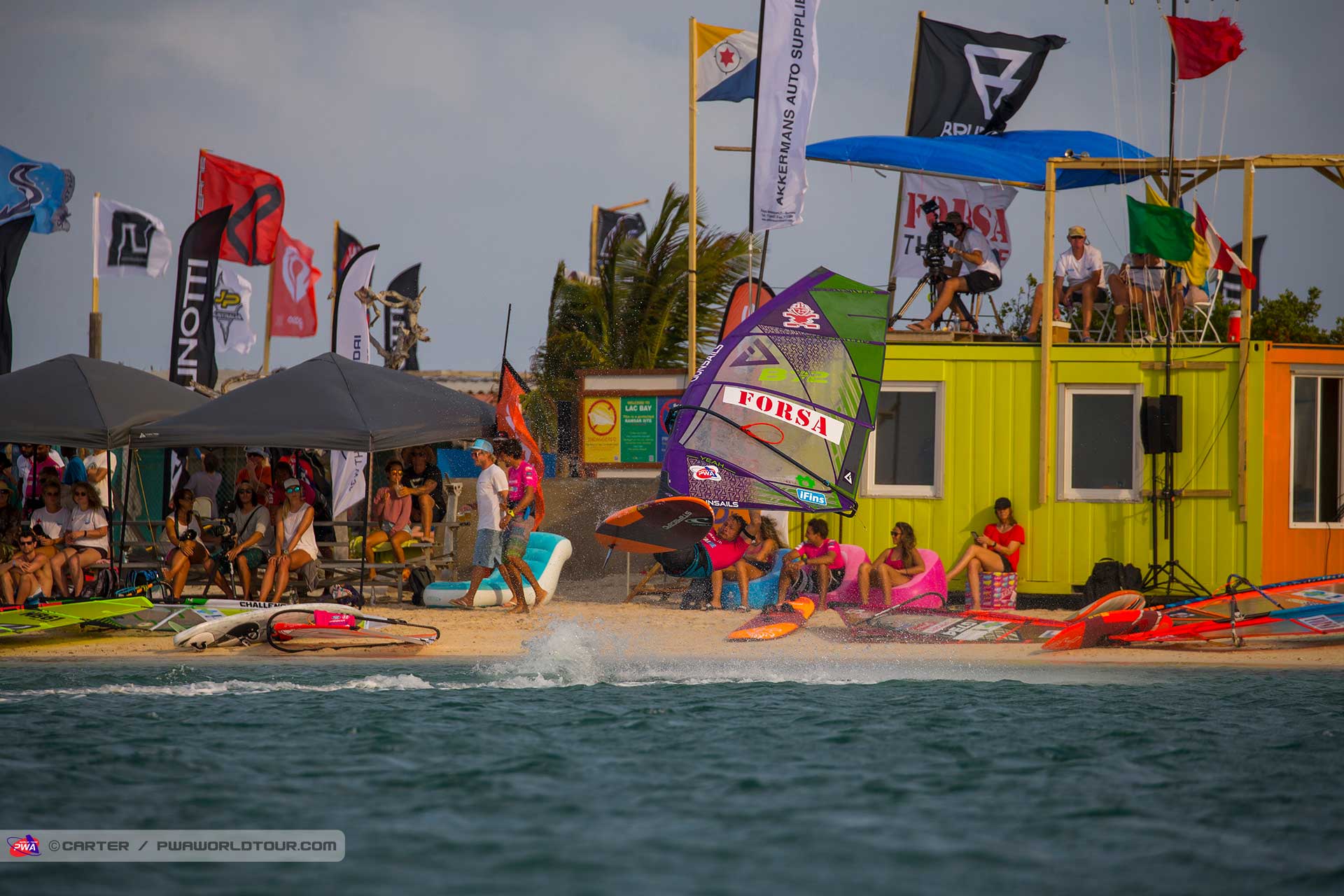 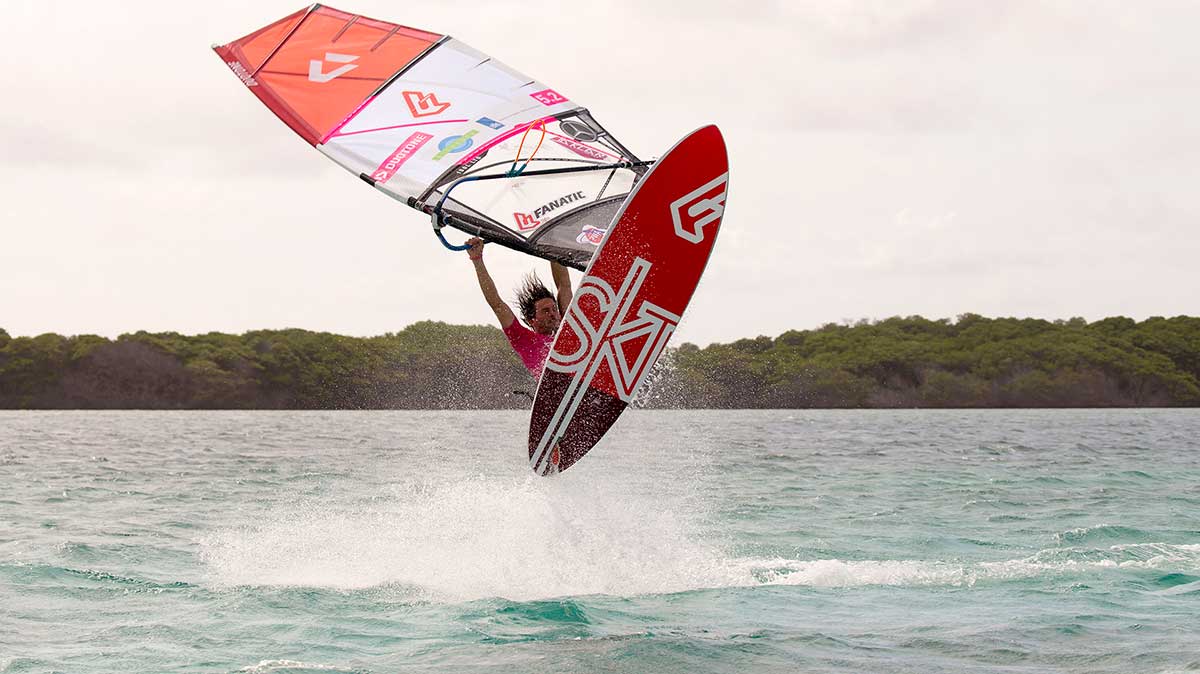 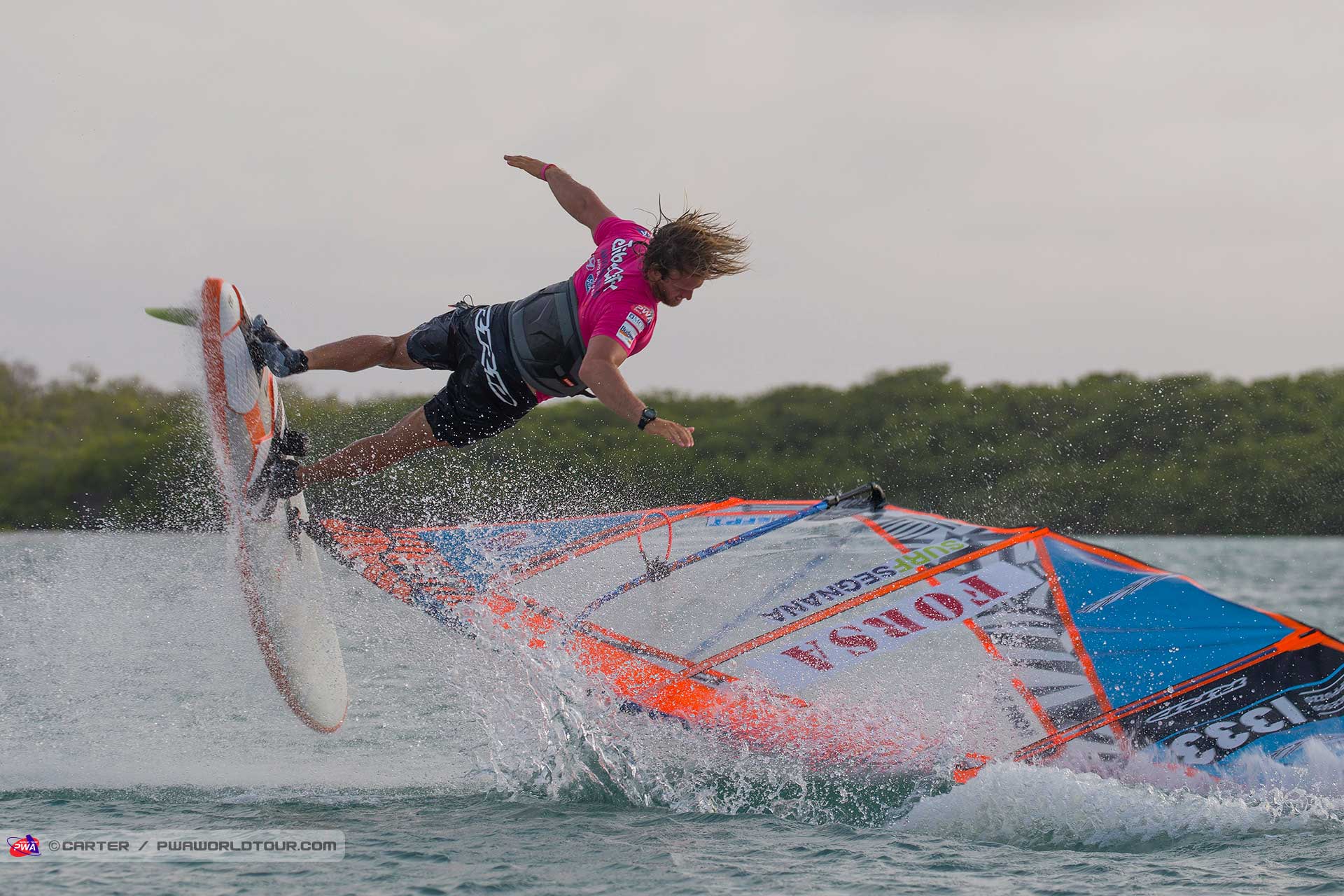 Impressive, especially considering the light conditions. Not trying to judge or anything, just curious about how can the moves be judged correctly when most of them are done simultaneously by both riders? Is there a video replay?