On the second day of the 2017 Gran Canaria Wind & Waves Festival the single elimination got finished. Battling for the victory were last year’s event winner and 2016 PWA Wave World Champion Victor Fernandez and Philip Köster, who just managed to get fit for the event. 9 months ago he injured his knee, had to undergo surgery and after a lot of rehabilitation he won the winners final in a very close heat by 1.63 points.

We filmed the winners final and added the points to show how much a move or wave ride counts. 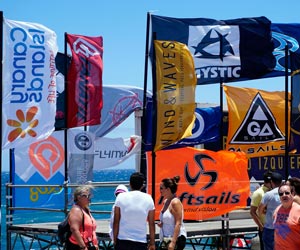