Lucas Meldrum released his spring storm video about fantastic wave windsurfing sessions in Cornwall. He recently spent a lot of time at South England’s beaches in search of rideable waves. A strong storm hit Cornwall’s North Shore in the end of May 2021.

The British wave windsurfer, who studies in Falmouth, rides at Bluff in Hayle, Cornwall, in finest side offshore conditions. The spot works the best with westerly to northwesterly, northerly and northeasterly winds. And at almost all tides. This time he had western to south western wind conditions. Lucas was on 3.4m and the 68 liter board, when the storm hit the bay with full force. In rough weather conditions – the rain was on – Pierre made a good job behind the camera.

The down the line wave riding rides look great. Lucas shows some hard crashes in his 15th between the lines episode, too. It’s not all about perfection.

On the following days the wind went down a bit and the UK rider found hardcore offshore conditions nearby Newquay. His house mate Pierre, who is into videography, filmed Lucas on land and during his action on the water and he comments on the action with humor. Lucas hits the lips hard and nails some brilliant Aerials off the lip or even Goiters. Thumbs up boys!! This episode motivates to travel to Cornwall.

After a good winter with a variety of condition we had one last surprise towards the end of May. We had a mega forecast with 2 days of 40-50 knot winds and huge waves. Most of the spots were unrideable so we went to some more sheltered spots. The first day we headed to the bluff to score some logo high, heavy waves. I would say it was one of the trickiest sessions I’ve had just because we had such strong cross shore wind which created some huge chops in the wave. The second day we went to another sheltered spot with some super clean waves with perfect air sections – much more relaxing. What a way to end the season!Lucas Meldrum 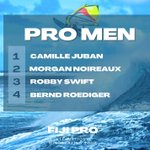 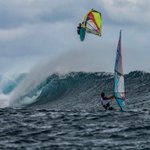