The 5th event on the 2018 PWA World Tour sees a brand new location to the calendar, which will see the Women’s Freestyle fleet in action for the first time this season, while also being the 4th stop on the Men’s Slalom World Tour. Meanwhile, the next 8 days will prove crucial for the world’s fastest women as the Viana PWA World Cup (13th-20th June) will be where the 2018 Women’s PWA Slalom World Championship will be decided. 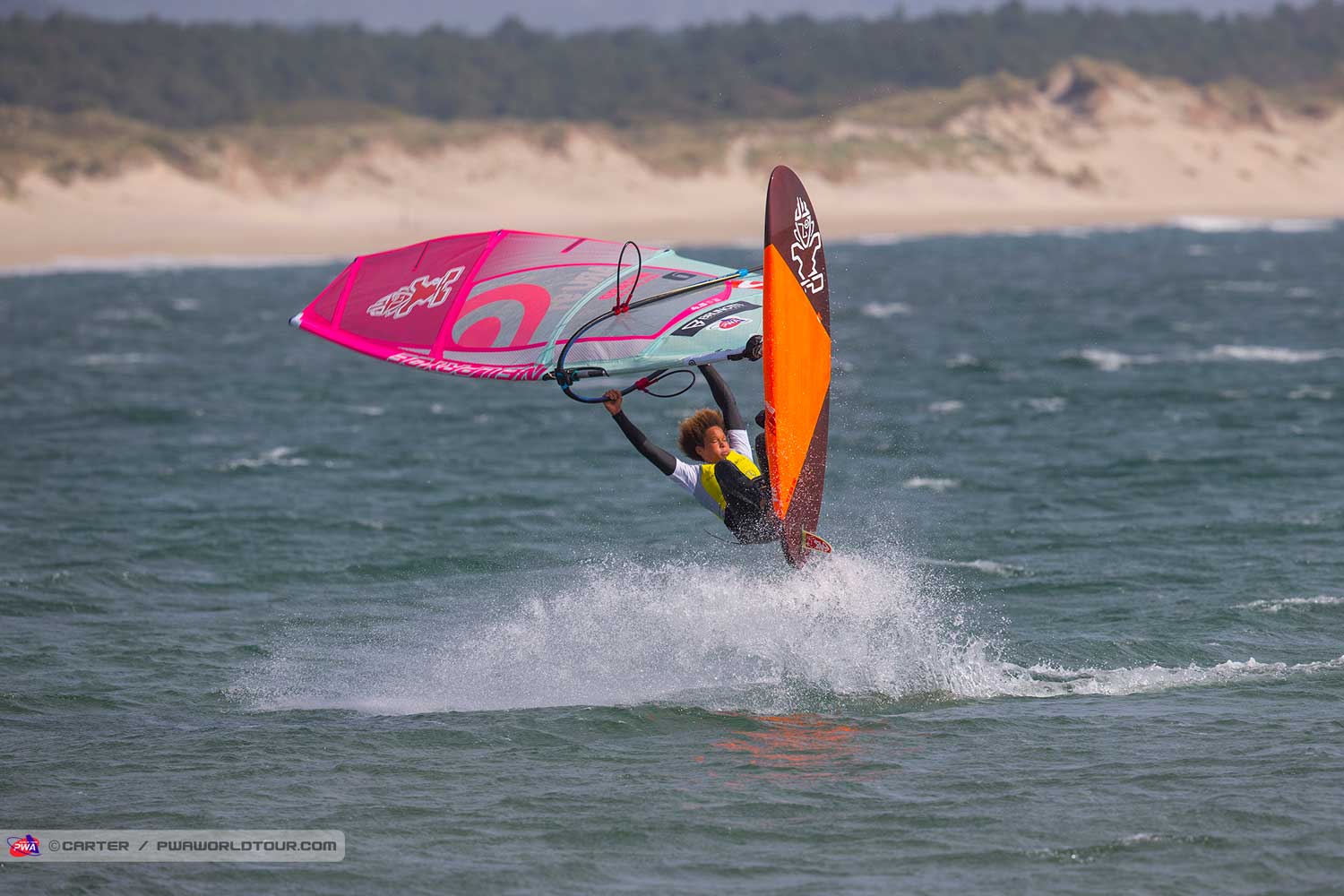 Day 1 in Viana do Castelo

On day one the freestyle ladies had their first battle. The wind was on with 25 to 35 knots and the conditions looked perfect! The girls were on 3.6m to 4.4m sails. The competition is held at the long beach of ‘Cabedelo’ at Viana do Castelo. On day 1 of the competition the wind stayed for the whole afternoon and the PWA completed a full women’s double elimination. Sarah-Quita Offringa won the first double elimination. She even landed an Air Kabikuchi in the final of the single elimination against Norwegian freestyle windsurfer Oda Johanne. Dutch Maaike Huvermann fought back in the double elimination, defeated Oda Johanne in a very close heat (101.2 vs 101 points) and faced Sarah-Quita in the final. Sarah-Quita won with a score of 134.7 points versus 106.5 points of Maaike, who landed her first Skopu in compeition but Sarah-Quita saw it and landed a Skopu, too. Congrats to the top 3 finishers. It was a great show!