Josh Angulo is one of the outstanding personalities in windsurfing and has been competing since the 90s. You can put him on any kind of gear and it will look good and he still makes it on podiums at the age of 40, runs his own board business, enjoys SUP in waves and handles a family parallel to his active career as a business man and pro windsurfer. At the first event in Korea Josh finished on the podium, after not having any podium results in the last four years. At the moment he is at at Costa Brava where he won the first and only losers final and is ranked 9th. Josh Angulo’s style always got influenced by surfing. Even when he carves around a mark every one will witness how much of a bottom turn is inside his race jibe. 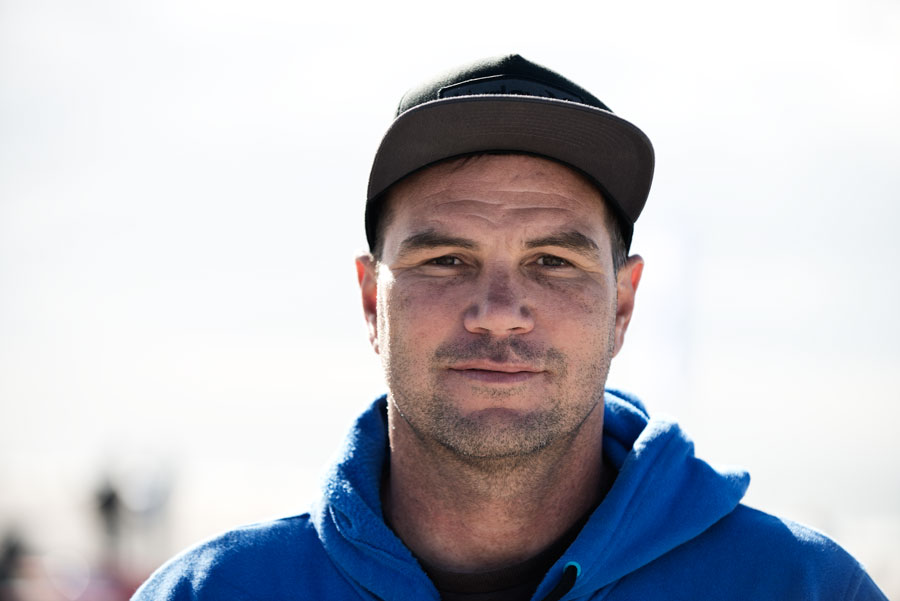 Continentseven: Hi Josh, you returned from South Korea with a podium in your pocket. How awesome is that? Congratulations! You were on the podium exactly at the same event 4 years ago.

Josh Angulo: Well for sure it feels good and is a good confidence boost. I had a feeling Korea this year was going to be just a few rounds so needed to be on our game. I was disappointed when I missed the first final with wrong equipment choice, but when I won the losers final, I knew that was a “keeper” result and then I had a good second round, so I was definitely quite stoked. But the difference between 3rd place and 30th place is very small, actually, so I don’t get too excited if I do well, just as I try not to get too disappointed if I do bad, but for sure the pain of doing bad is much more than the joy of doing good, so it’s always nice when you can avoid the pain.

Continentseven:  You prepared back home on Nahant Peninsula, a bit north of Boston, where you are currently living. And you trained with your team mate, brand manager and sail developer Pieter Bijl? Was this the perfect preparation? Did you prepare better for slalom this season?

Josh Angulo: I guess most people would consider my preparation different than the usual way, as I live a pretty unique lifestyle for a professional windsurfer, but I had 7 intense days with Pieter in Tarifa where we got every sail/ board combo to a very good tuning and then I just got on the water any chance possible in Nahant before South Korea and it was still very cold, wearing a 5/4 wetsuit with hood and booties, so it helped me feel a little lighter in South Korea when just wearing a 3/2. 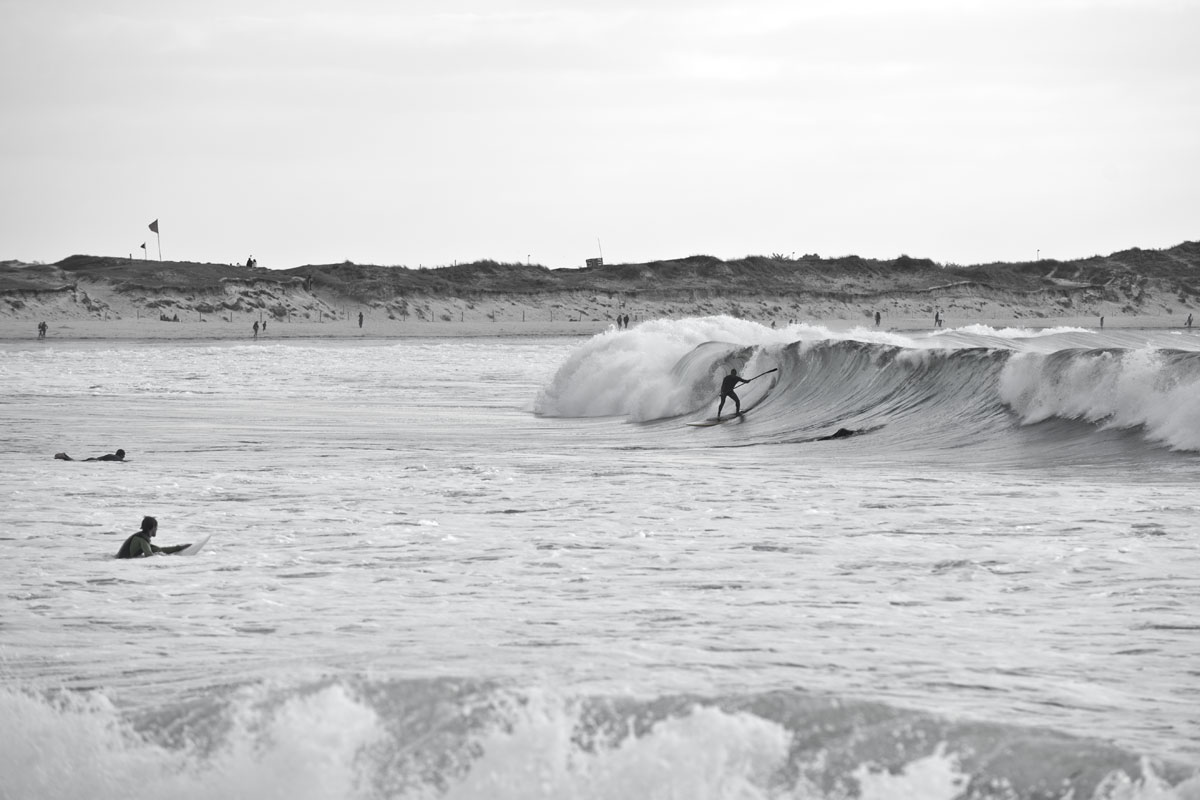 Continentseven:  Guess, Boston isn’t the best place to spend the winter as a pro windsurfer. The temperatures can be constantly below zero. How do you handle that or do you keep fit with other sports during the off season?

Josh Angulo: This winter I was actually in Cabo Verde for 2 months on and off so I was in the water over there and just working at the beach club, moving around and staying busy. I am trying to dedicate always more time to the training and sailing, but it’s sometimes difficult to balance with all the other stuff going on, so I did my best to make sure my equipment and my mind are as tuned as possible.

Continentseven:  Josh Angulo still stands for a world class competitor. 5th in La Torche in waves in 2014, 6th in the Aloha Classic in 2013, 6th overall in Slalom in 2012, constantly top ten results in 2014 in Slalom events. How is that possible to keep this level in two disciplines?

Josh Angulo: Well I wouldn’t actually say that I’m “keeping the level” in the wave competition. That was just 2 events in the last few years and they were both in conditions that favor my lifelong strength of starboard tack conditions, and I have the mind to compete which is why I did ok in those events. With the slalom I feel like I’m just finding some rhythm and more understanding of the whole situation now and I am hopeful that I will be able to produce some results 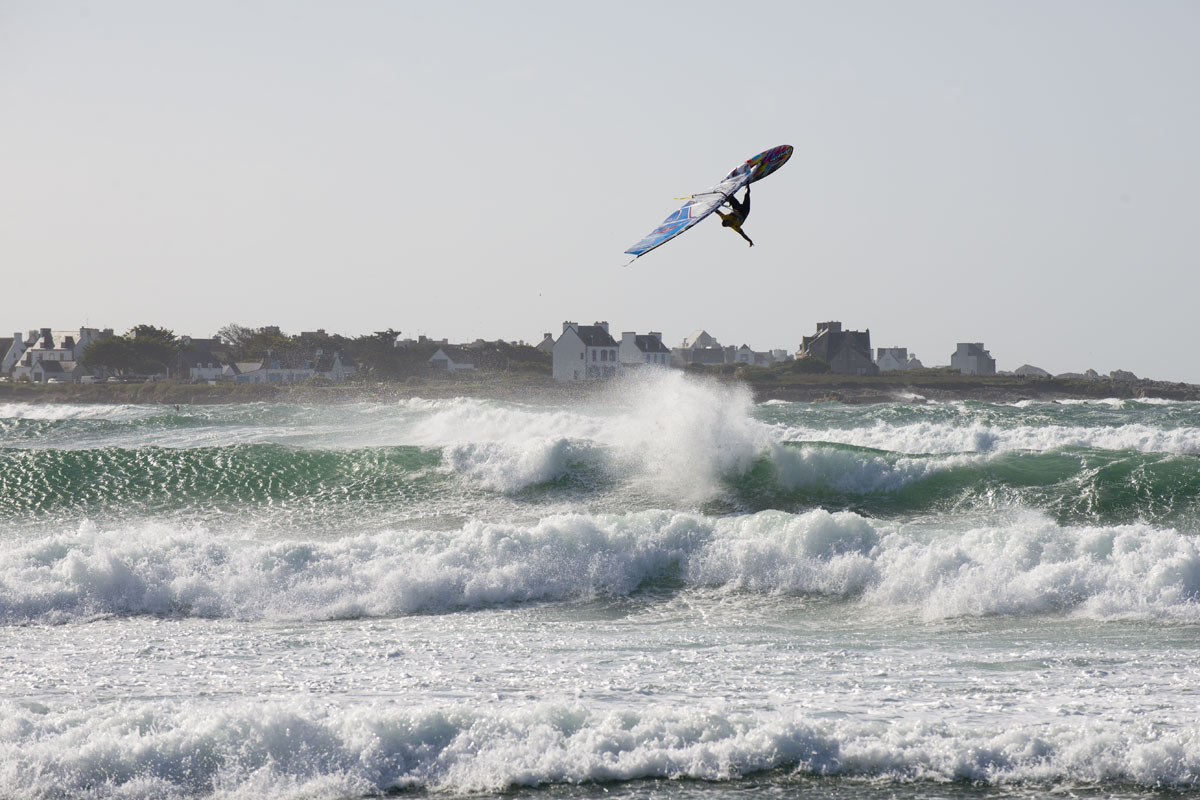 Continentseven:  You were on tour, when the biggest of the biggest were competing in Slalom. Dunkerbeck, Bringdal, Rappe, Maynard, Buzianis, the Pritchards, Naish, Belbeoch, Seeger, Bachschuster, Teriitehau, Fenton. How was the speed and the level in Slalom and waves compared to nowadays? You dominated wave events these days and you were competing for podiums in Slalom, too.

Josh Angulo: It was different then, just as it is different now. I remember my dad making me some boards that were really advanced for their time, one year in Almanarre and even though I was pretty clueless about racing I was killing everybody on the upwind…. so equipment could give you a huge advantage which was fun, because you were alway trying to come up with new stuff, but we also had much bigger budgets back then so we could do that. The tour was a lot bigger as well and there were more people competing, so in a whole it was pretty exciting. For me, I was quite young and I definitely didn’t understand all the opportunities I had and so I missed out on quite a few, but that’s part of life and part of why now I try not lose any more opportunities.

Continentseven:  Would you nowadays encourage a young windsurfer to enter the professional windsurfing scene and try to make a living?

Josh Angulo: Let’s just say if my son wanted to be a pro windsurfer I wouldn’t discourage him, but my focus right now is to get him a good education.

Continentseven: Will 2015 be your best season in the Slalom discipline and will you beat the almighty Albeau in a single event?

Josh Angulo: Tough question Chris… You like to give me these tough questions  ….. well, I’m off to a  good start, my equipment is working well. So things are in place for a good year. Winning an event is a definite possibility for me, as it is for other top guys and I wouldn’t be so surprised if it did happen .