With no more competitions in sight for the 2022 Freestyle Pro Tour, the official rankings can be confirmed. Maaike Huvermann comes out on top after winning at the 2022 EFPT Surf Opening in Austria. Claiming the title for the fourth ranking year in a row, the Dutch rider proves she is absolutely dominant on the European freestyle scene. Although the number of successfully ran women’s events still leaves a lot to wish for – just one event counts for the ranking – the 2022 ranking saw a good number of new women entering EFPT competition.

Coming into the 2022 season, Maaike Huvermann was a sure favourite, especially after her impressive win in Theologos the year before. Wearing the yellow jersey, she took on a stacked fleet on the chocolate Neusiedlersee. With lots of new names on the board, she had to contend the podium places against strong newcomers: Slovenian Lina Erzen and German Lisa Kloster. Despite gusty winds, power moves were on each of the women’s menu’s, giving Huvermann a run for her money. In the end she managed to fend off all threats and topped the podium comfortably. 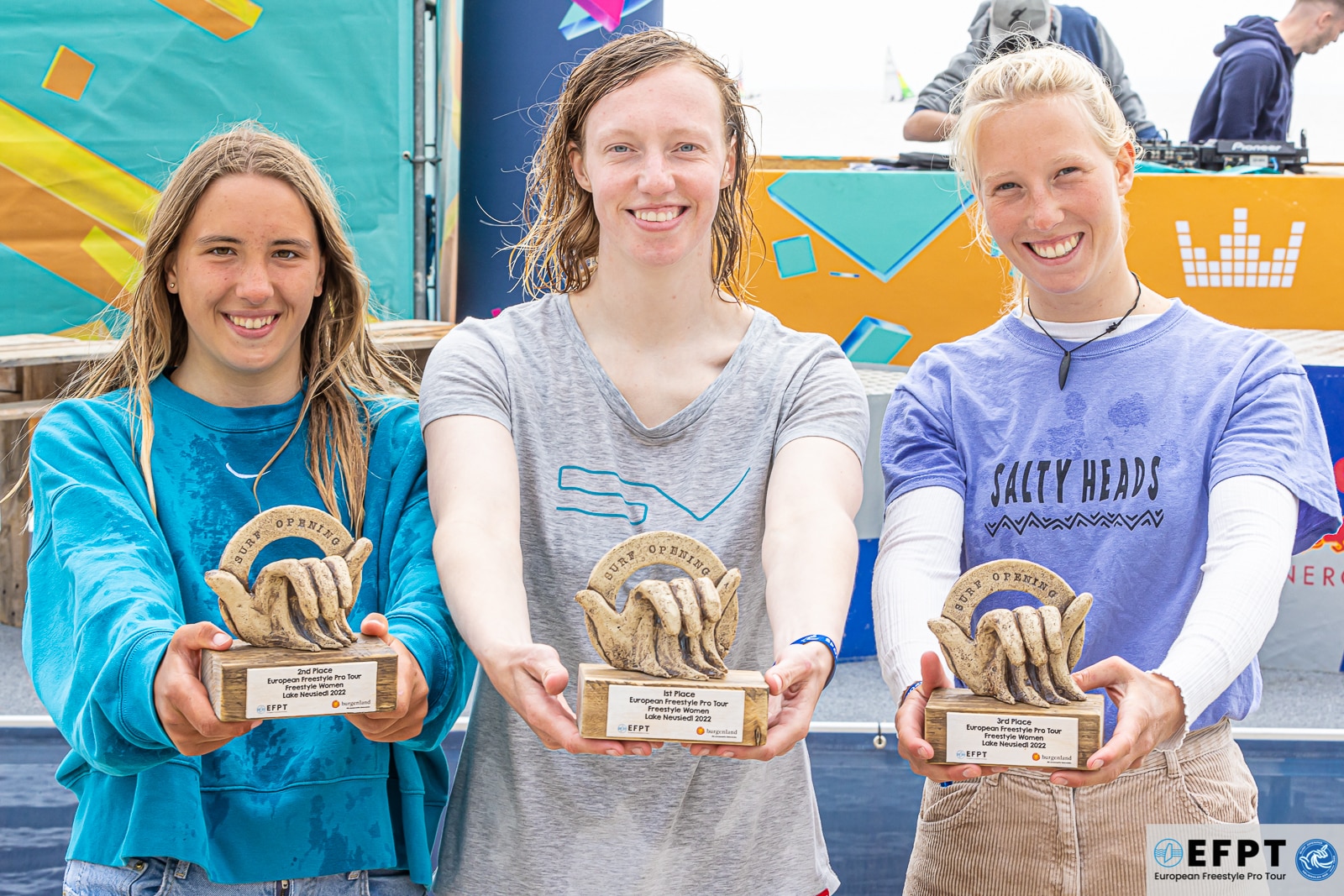 The lack of wind for the 2022 EFPT Finals means that the championship battle has been decided. Jacopo Testa becomes European Freestyle Windsurfing Champion for the second time in his career after an impressive display at our events in Austria and Italy. The EFPT Surf Opening in Neusiedl am See saw him dominate in lighter winds to win the final ahead of Belgian Yentel Caers. Impressing the judges with consistent Chachoo’s, the Italian set the stage for a winning campaign.

Testa came into his home event in Italy as tour leader, proudly wearing the yellow jersey. However, he lost out to Caers in the single elimination final, tying them for the tour lead. Luck was on his side though, as the wind turned out to be better than expected, allowing for a double elimination to be ran. Testa won the final in spectacular fashion, forcing a super final for the event win. Carrying on his momentum, he managed to dispatch Caers in front of a beach packed with his supporters. Not knowing it at the time, he had deservingly sealed his second European Title. Congratulations to Jacopo Testa on his performance this season! 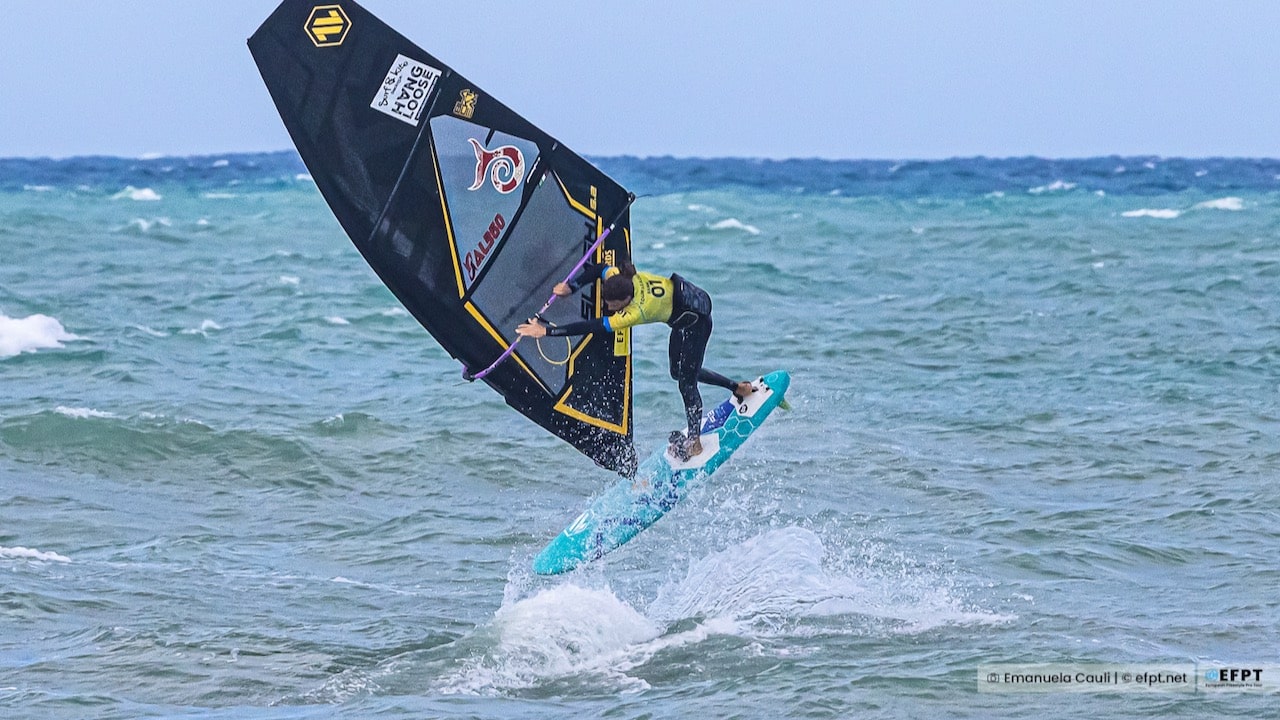 The Belgians completing the podium

Yentel Caers becomes 2022 Vice-European Freestyle Champion for a second year in a row. The Belgian is the man to beat in strong winds, but unfortunately the odds haven’t been in his favour this year. The close battle with Testa put him in a solid second place, miles ahead of the rest of the field. Completing the podium is Dieter Van der Eyken who has shown his competitive consistency with a 3rd and 5th finish throughout the season. Congratulations to both riders!

Not far behind in the rankings were Steven Van Broeckhoven and Antoine Albert. In what would have been an epic showdown for third, the two athletes have to settle for 4th and 5th respectively.

Leucate is known as one of the windiest places in Europe. When the Wesh Center Crew owner Julien Taboulet was keen to set up an on-forecast event with the FPT, hopes were high to run a strong wind freestyle event. However, with the waiting period starting on the 23rd of October, the forecast immediately left riders and crew wishing for more. With no suitable direction and strength, the waiting game begun. Being teased a couple of times by the weather models, the Freestyle Pro Tour even considered extending the waiting period a couple of days to ensure an epic season finale. Unfortunately the latest developments have indisputably confirmed the lack of proper conditions, leading to the difficult decision to call off the event. 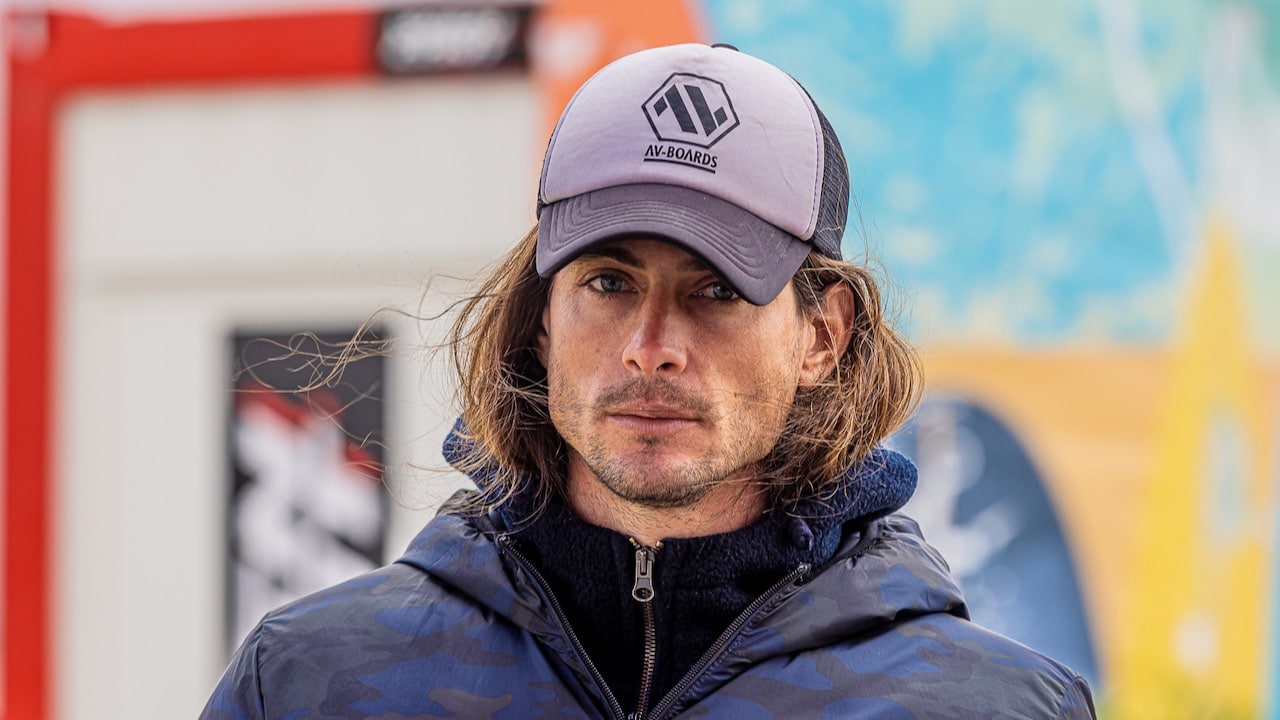