Graham Feddersen, the producer of Hard Winds a blowin 2 and 3, released a new video called “Mud Slop, a stinky water saga”. Graham Feddersen aka “Scuttlechud” and Justin Scott – both are known as the Rip Brothers – enjoyed the muddy freestyle conditions in the bay areas around San Francisco, California. We asked Graham two questions.

What inspires you to produce videos in your special style?

I love watching funny videos! It’s by far my main inspiration for the way I make my stuff. I also look to old, classic windsurfing videos. They are super fun to watch and I draw a lot of inspiration from those as well. I also live in a really beautiful place. My girlfriend and I currently reside on the banks of the Sacramento River Delta (about 1 hour from San Francisco, California). It’s windy most of the year and surrounded by nature and cow pastures. It’s a really cool place and it’s hard not being inspired just living here!

Can you tell us the names of the spots you sailed in the video?

The spots in the video are two of many windy spots here in the “Greater Bay Area”. The very sloppy, muddy spot in the beginning of the video is called “Haskins”. It’s a very windy flatwater spot located right next to the runways of San Francisco International Airport. The second spot is right next to my home on Sherman Island on the Sacramento River! It’s a very “swelly”, choppy location due to the river currents; great for power moves and bump and jump! 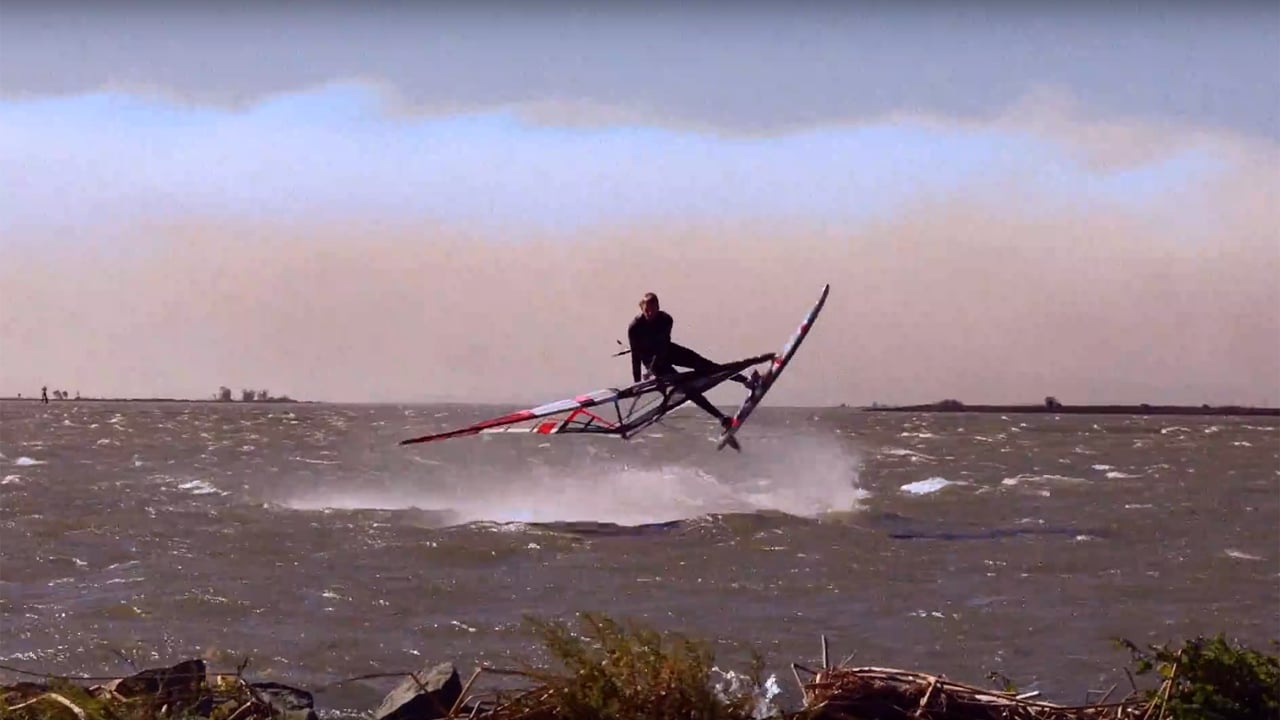 Graham Feddersen in the choppy, but windy Bay Area of San Francisco

This is the greatest video I’ve ever seen.