Boujmaa was then working on the move and changed the forward rotation into a Cheese Roll rotation and called it “Foubackward”. 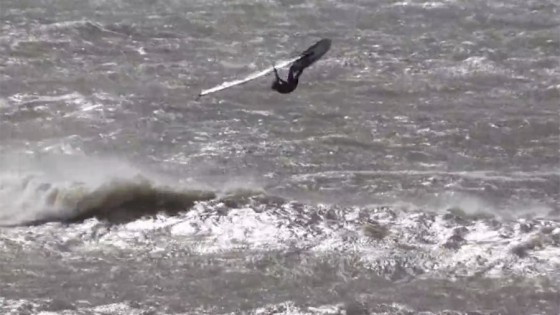 […] Boujmaa was then working on the move and changed the forward rotatation into a Cheese Roll rotation and called it “Foubackward”. He did the move, only the landing was a little bit over rotated. > Video March 2011. […]

[…] famous for his pictures. He can tweak his body in extreme positions and invented moves, like the Foubackward,  a Cheeseroll into Backloop. Two years ago on Maui, Boujmaa went for an insane triple Forward […]

boujmaa is a fantastic jumper. Lots of people jump high but you can feel that the air likes him (like with Jonas Ceballos btw). He has made his way into windsurfing history. I dont think this is his final word, I heard him say that next on the agenda is the triple loop.

yeh boujloop sounds good. Whatever its a sick move and a sick rider