Dutch Pro Slalom racer Ben van der Steen, currently ranked 14th in the PWA Slalom ranking and international JP-Australia teamrider, decided to change the sailbrand! Read more, why the former IFCA Slalom champion (2008, won in January 2009 in South Africa) and one of the best Slalom racers in the world will sail on Loft Sails and what he expects from the 2011 season. Ben, who is 31 years old and had 1999 his debut on the PWA tour, could place himself in 2008 already in 8th position on the PWA tour and could win several finals while his career already. He also went for a crazy trip in the winter 2009 to Patagonia and almost passed the dangerous Cape Hoorn passage with the windsurfing board together with filmmaker Thomas Miklautsch and Slalom Pro Tine Slabe. 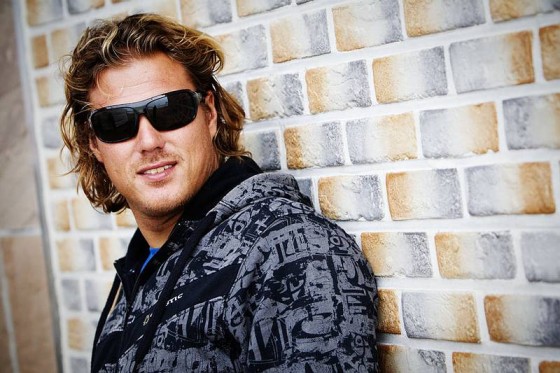 C7: Ben, less than a year ago you changed from Simmersails to Neilpryde. Now you decided to change again? Tell us more?

Ben: Well, I went to Neilpryde, but bought my sails. So I was never on the team, but they said it would be ok for the following season. But as it looked, more riders were going to be cut, so I looked for another opportunity. Then while one of our test sessions, what we have sometimes, when everyone tries everyones gear, I sailed on a Loft Sail from Ludo Jossin and it felt really nice. So I got in touch with Loft Sails and tried some of the 2011 sails in Sylt, wich were feeling really good and tested them against my current sails and the Loft Sails were better allround. So then I got in serious contact with Loft and decided to join this brand. It´s definitely a brand with fast sails and with a future based in Europe. What else could I ask for!

C7: So, when did you decide to change exactly and what was the main reason to decide for Loft?
Ben: I decided after the PWA event on Sylt, when I sailed the 2011 prototype sail, that had never been on the water before and I was straight faster then with the sail I had. The main reason to change was to have good, fast gear and take part in the development! When I went to Tarifa I was sure all the sails within the line are good.

C7: You already had great GPS speed results some days ago!!
Ben: The GPS result I got on the final version of the 5.6 sail. With that sail I broke all my previous records on my first try. Check the incredible results with a top speed of 48,6 knots here!

C7: Were you satisfied with the Neilpryde sails or did you expect more performance?
Ben: Well, the Neilpryde sails were good, but it was a little frustrating that we as normal racers could not get the same gear as Antoine Albeau and Micah Buzianis. So they were always a step ahead! 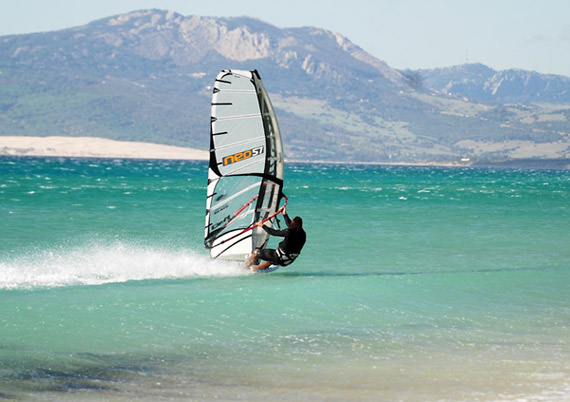 C7: You told us in the last interview the goal is to win. Is the Loft sail ready to win?

Ben: I think the Loft sails are some of the best sails around at the moment and I think they are good enough to win.

C7: What are you missing right now to win Slalom events on the PWA world tour?
Ben: Well, I was not consistent enough last year. So I need to get more consistent and a little bit more speed and the confidence to win. I know I can do very well, much better then I have done. I just need to go out and do it.

C7: How is your connection to the brand owner Monty Spindler. Did you know him well before you decided to go on his products?
Ben: Well, I did not know Monty very well, but I met him a few times around the world before I joined Loft Sails. The connection is all good with Monty and the rest of the Loft Sails team. I think we have a pretty good team for both R&D and racing. 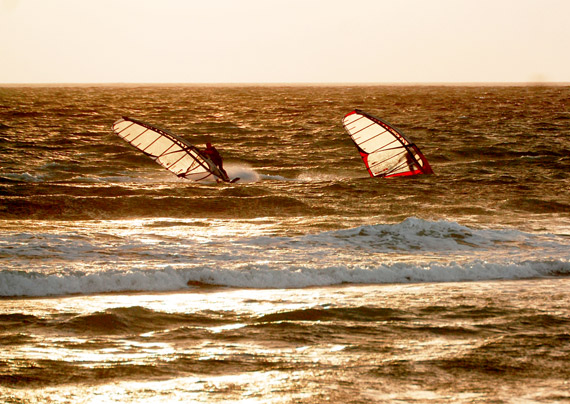 C7: Your change is quite spectacular plus it´s one of the first big chances in the racing circuit! Do you think there will be many other changes soon?

Ben: There will be some changes soon but this is up to them to bring it out.

C7: You had many sailbrands as partners in the past. Neilpryde, Naishsails, Simmersails. Are you in search for the perfect rig?
Ben: For sure I am looking for the perfect rig and the Loft Sails come pretty close to that and the other good thing is, that I can work with Ludo Jossin and Monty Spindler to develop that perfect rig.

C7: What makes Loft Sails unique compared to all other brands?
Ben: Loft Sails are constucted in a different way to other sails and therefor the sails last longer and are super light in the hands and to sail. It is Monty, who is the “Obi-Wan Kenobi” of sail design and has been going the longest of all designers out there. So today with all that experience it makes more exiting to design a sail.

C7: How do you aestimate the strength of the team together with Ludo Jossin and Antoine Questel?
Ben: I think the team is good. Ludo and Antoine are both fast sailors and good to train with and we will be training together this winter. So the next season could be interesting!

C7: Will you have a lot of influence on the development of the Loft Racing sails and will you stay a lot at Tarifa in the near future?
Ben: Yes, I will be spending a lot more time in Tarifa and for sure I will be working on the sails together with Ludo to make those very good sails even better, which is going to be hard . 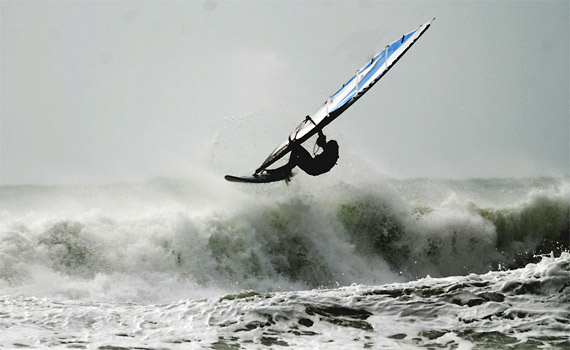 C7: The Speed/Slalom sail of Loft, the Blade, gets produced in 8 sizes from 9,7 down to 4,6. Will you change the sizes for 2011 together with Monty Spindler?

C7: Are you in time for the upcoming 2011 registration?
Ben: The sails are done and on the boat. So they are all done and ready and in the shops around the middle of December 2010. So get yourself a nice Christmas present!

C7: Will you use the Loft Sails booms and masts as well?
Ben: Yes, I will be using all Loft Sails products like masts, booms and extensions.

C7: What are your personal goals for 2011. In 2010 you missed your goal by finishing 14th in the PWA Slalom tour. Your goal was to be in the top 8. You only finished in top 8 in the high wind event of Fuerteventura!
Ben: My goals are to do well in the PWA Slalom tour 2011 and get some real fast speeds on the GPS and in speed competitions. I will not put numbers to it as it never helps as you can see.

Nicely done the interview job! Seems to me the interview info is very informative and encouraging as well. Just wanna appreciate you for this allocation! Keep up sharing. 🙂

The opportunity that Ben now has is to have some input into how the sails are designed along with Ludo, NP however have their design team and dont offer the same opportunity for design input, Martin Van Meurs left Pryde for this very reason.

interesting interview, though I don’t understand why NP doesn’t give all their team racers the same equipment – are they scared, that they’ll take points from AA and Micah?

I am sure all brands will develop as much as they can to release the best possible product for 2011. And fact is, that Neilpryde could win the PWA constructors sail/rig title in 2009 and 2010 plus Antoine Albeau could win the Slalom title for 5 years in a row. 2009 was a very clear decision with 169,50 points vs. 96 points of Gaastra in second! In 2010 it was super close with Northsails, just 0.30 were in between both brands, but the PWA also had changed the scoring system since 2010. But it´s great that smaller or less known… Read more »

Hello guys I am not saying anything bad about NP and they did not treat me bad.
The NP racing sails were good and they were fast but the 2011 sails from loft were even faster.
All the brands are cutting in the budgets , its just hard times .