Antoine Albert, the freestyler from New Caledonia, who finished the EFPT season in 5th and the PWA freestyle ranking on a great 7th place overall, has just released a nice freestyle clip from Marseille filmed by David Bensussan. Antoine spent the whole competition season in Europe and it seems it paid off as he now constantly makes it into the top rankings.

Antoine Albert: “In spring 2017 we filmed in “exotics spots” around Marseille together with David Bensussan (TotalRidingProd) for his web series “L’eau Limpide de Marseille”. With his knowledge of his own town, David found the most beautiful sea side area to realize his web series and push me on the water where I would never ever think it was sailable, because of a super tricky way to go on the water, extremely gusty wind, strong current, forbidden area, stormy Mistral weather (over 50 knots). Anyway, I managed to deal with those factors and give my best on the water and David is the best behind the camera. This is the result, maybe the key of my success in Sylt?”

We already published a longer video by David Bensussan with quite similar footage from Antoine Albert in September 2017.

POV Hookipa action getting a screamer ride and then passing by @noam.artzi gear intact and waiting for him on the inside. Just go for it !! 🤙
4.2 Tricera/85Flywave.
•
🎥 @gopro .
•
@simmerstyle_windsurfing
#hookipa #maui #hawaii #windsurfingnow 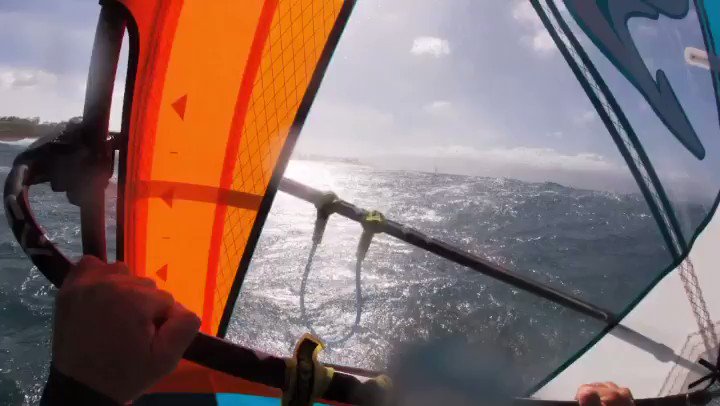