Alex Mussolini about his Single Elimination victory at Sylt 2016

A short statement from Alex Mussolini, who won the single elimination at the PWA Windsurf World Cup Sylt at Westerland. The 31 year-old wave rider won his first and only PWA wave event in Sylt 2009 and now after 7 years and several top 3 places he is again on top after the single elimination. 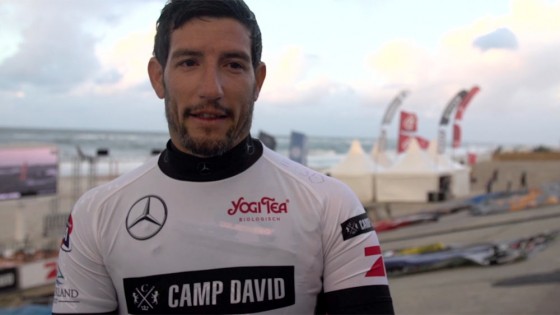 Congratulations !Great rider ! Back in the day they were great tandem with TT. Nice to see such sportmanship between big friends and rivals. Windsurfing rules!