After 3 long years the wait is over and the most radical windsurfers in the world were competing in Pozo Izquierdo as the Gran Canaria PWA World Cup finally returned between the 9th-17th July. 18 women and 48 men registered for the competition. In the youth category 29 boys and 8 girls showed their best in the tough conditions of Pozo Izquierdo.

The final day of the event saw an epic end with the Double Elimination being completed for the Men’s and Women’s fleets. A huge congratulations to Daida Moreno & Philip Köster for their respective event victories and also to Iballa Moreno, Sarah-Quita Offrringa, Marcilio Browne and Victor Fernandez, who complete the podium positions.

What happened at the Gran Canaria PWA World Cup 2022?

The final day of the event saw the Double Elimination of the women completed. Daida Ruano Moreno, who was in second position after the single elimination, managed to hold off Sarah-Quita Offringa and win twice against her twin sister Iballa.

The final day of the event saw the Double Elimination of the men completed. Philip Köster managed to hold off an on form Marcilio Browne, who came back through the double elimination and defended his win from the single elimination.

Liam Dunkerbeck won the U20 Boy’s single elimination in front of Titouan Flechet and Hakata Ishii. 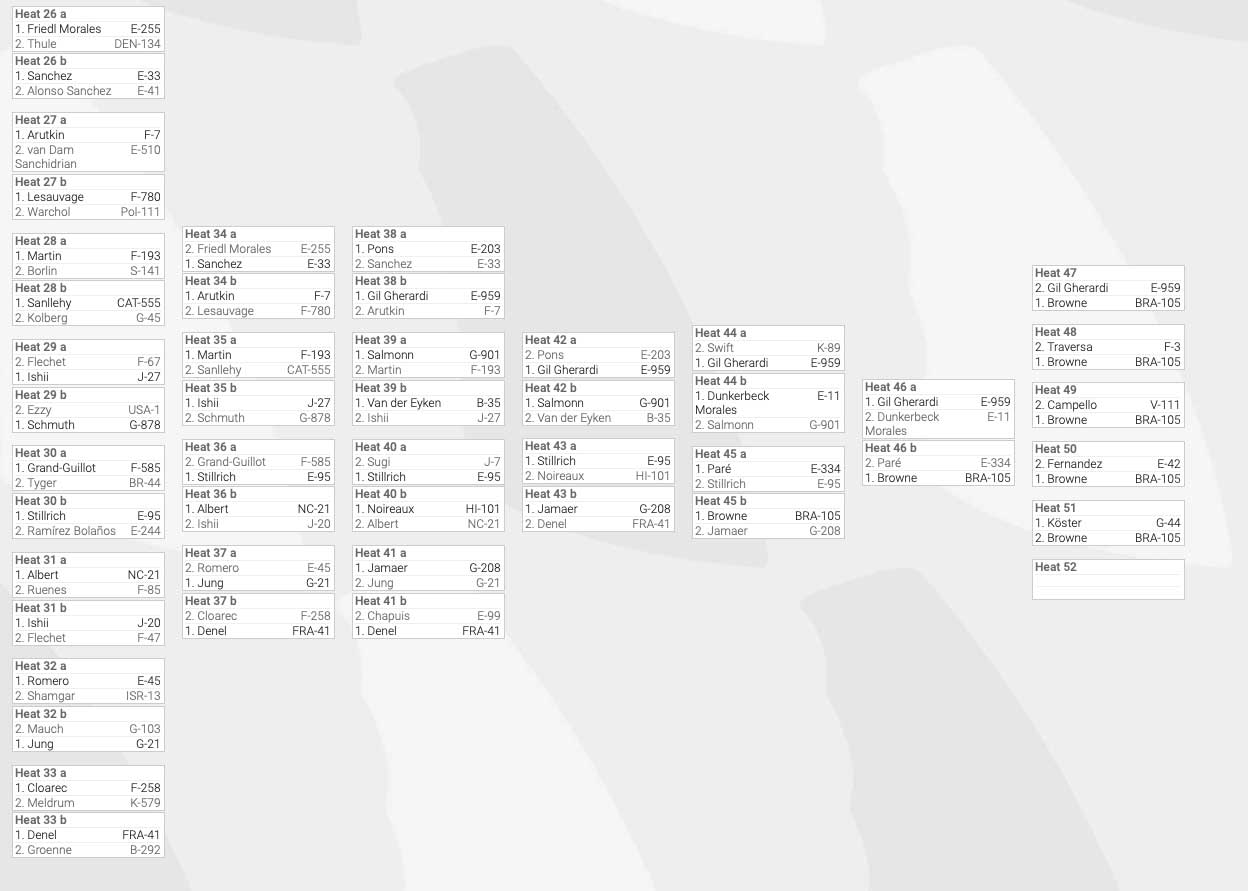