Ben Proffitt released the second part of his training diary series from Australia. Ben: “After a pretty rubbish January here in Australia February has been kicking.”

Ben Proffitt talks about what was going on at Coronation Beach and he shows mainly action from Dieter van der Eyken, Amado Vriewswijk and Moritz Mauch. Dieter was working on his Double Forwards and wave riding, Amado Vrieswijk tried some Double Forwards, too and landed a perfect Double Air Culo in front of Proffitt’s camera. And Moritz Mauch tries to step up his jumping skills. 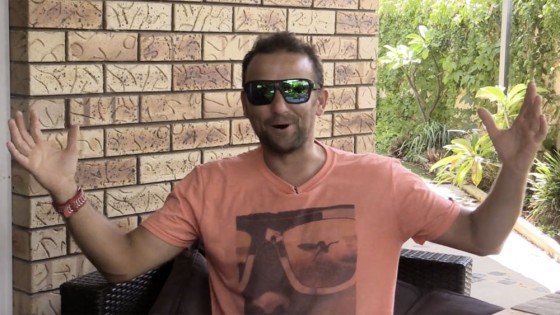 More from Ben Proffit in Australia

Watch the first part of Proffitt’s Training Diaries from Australia including a trip to Abrolhos Islands, Jaeger Stone & Double Forwards, Amado Vrieswijk arrived and much more.

Ben the man!! Our sport’s best ambassador! Love these vids!!

For president of pwa for sure. Or maybe head judge. Time for a change.