Ponch by the Norwegian freestyle windsurfer and 2014 PWA Freestyle Vice-Worldchampion Oda Johanne Stokstad Brødholt filmed in Jericoacoara. Oda about practicing the Ponch: “In the begining I just tried and after a couple of times I landed it… but more like a Flonch (some Flaka inside the ponch). The hardest for me is to find the area to try it, because it is really crowded on the water…so sometimes I have to do some slalom between people till I get to the ramp… haha.” 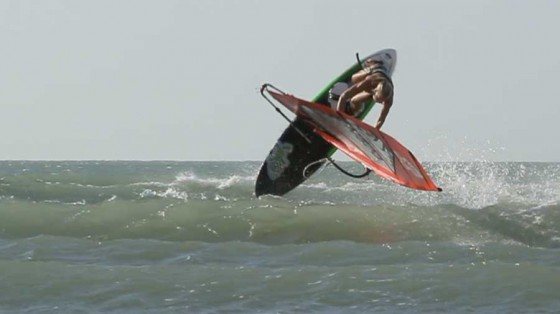