For the fourth consecutive day Ho’okipa delivered great conditions. Very clean sets, with long waves were breaking at Ho’okipa and gave everyone, who was out in a heat the chance to show their skills. The wind was up and down, bit more on the lighter side, what made it a bit more tricky, but some riders rode the waves with an incredible flow. 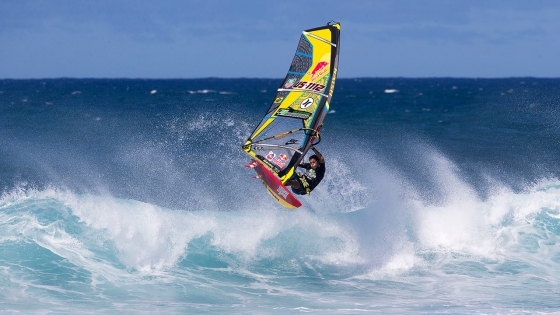 Let’s start with the ladies: 4 girls made it into the final, but the final got cancelled just a few minutes before the end of the heat. Vickey Abbot was in leading position and seeing her on the top of the podium would have been a huge surprise for everyone. She definitely picked the biggest sets and did not swim in the channel or got dragged on the rocks. Iballa Moreno had a monster crash on her first wave and swam in front of the rocks. Ingrid ripped her rigg apart on the rocks and Sarah Hauser had an ok heat. Was a bit hard to understand, why the final got cancelled so late and not at the first half of the heat, when no one was moving. Day 4 saw also a bad injury of Tiffany Ward. She got smashed on the rocks and on her gear and got injured. We don’t know how serious the injury is and wish a quick recovery. A crash like this one can cause heavy injuries on the back or head, too. Tiffany was crawling over the huge rocks in pain and got support by a life guard and photographer Paul Karaolides from Fish Bowl Diaries. 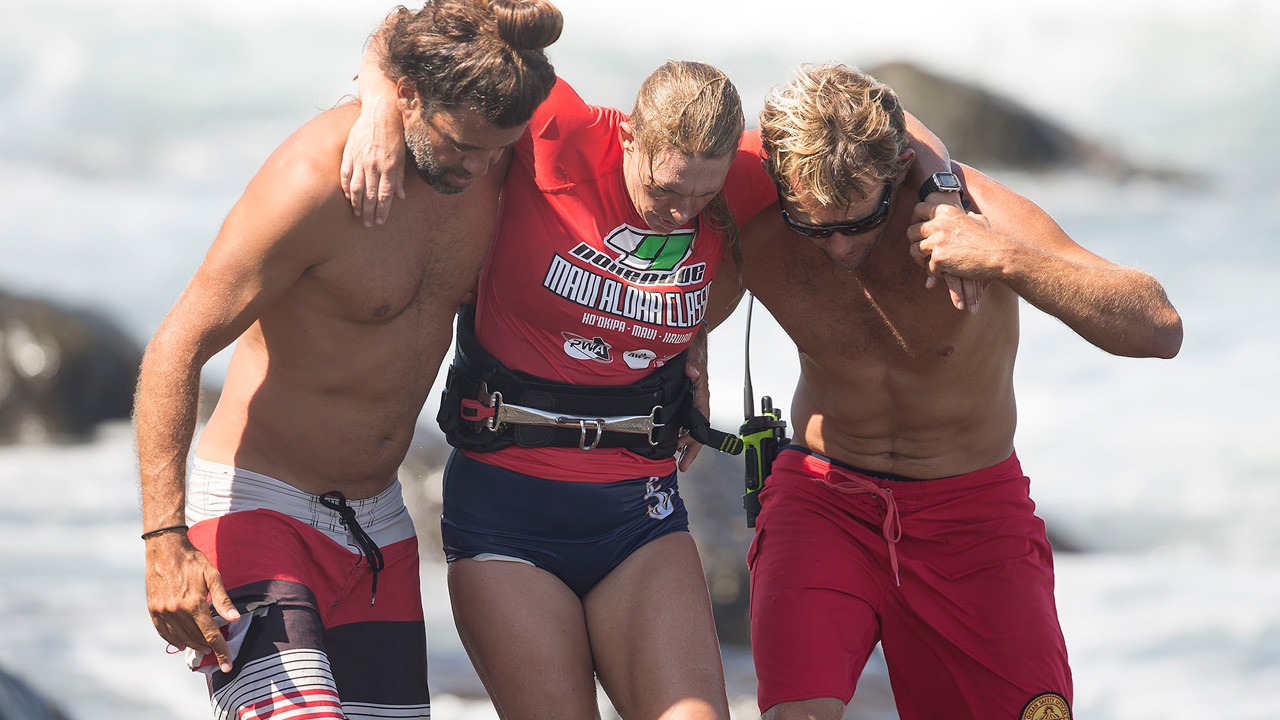 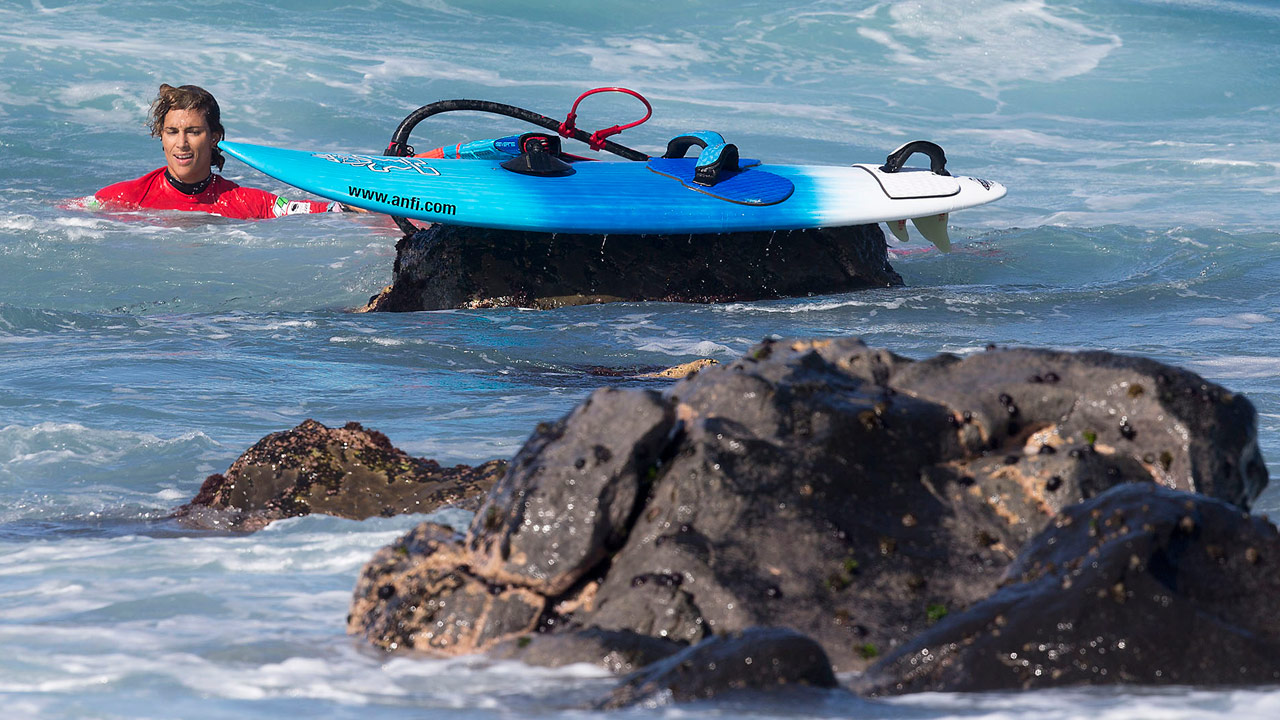 In the men’s category the double elimination got resumed. Everyone, who doesn’t make it into the top two spots of the heat is out of the competition and can pack the gear. 7 heats got completed and heat 8 got cancelled. The local and waterman Kai Lenny and Bernd Roediger impressed us the most on day 4. They connected sections of waves with their exceptional riding style and even when they were back in points they managed to seal the deal during the last minutes of their heats. Both are making their way through the double elimination and they already advanced 4 heats. To win the event it needs another 8 victories, what’s possible, but a difficult mission. 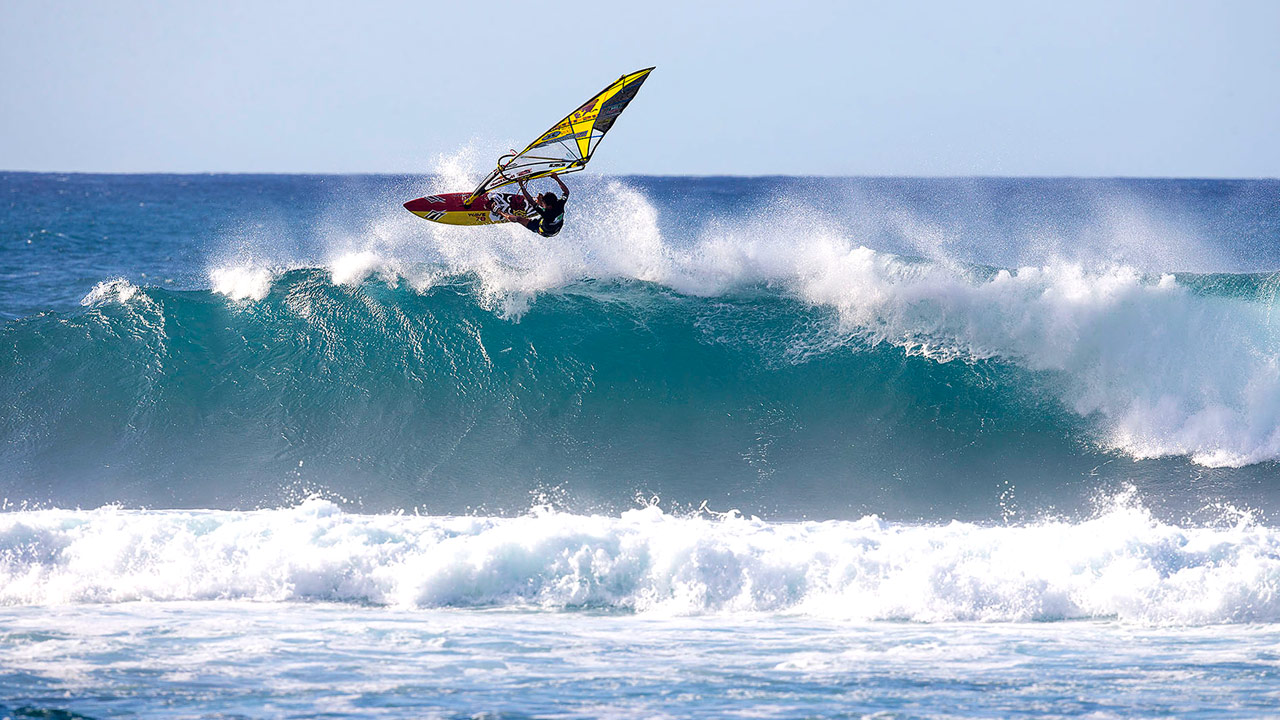 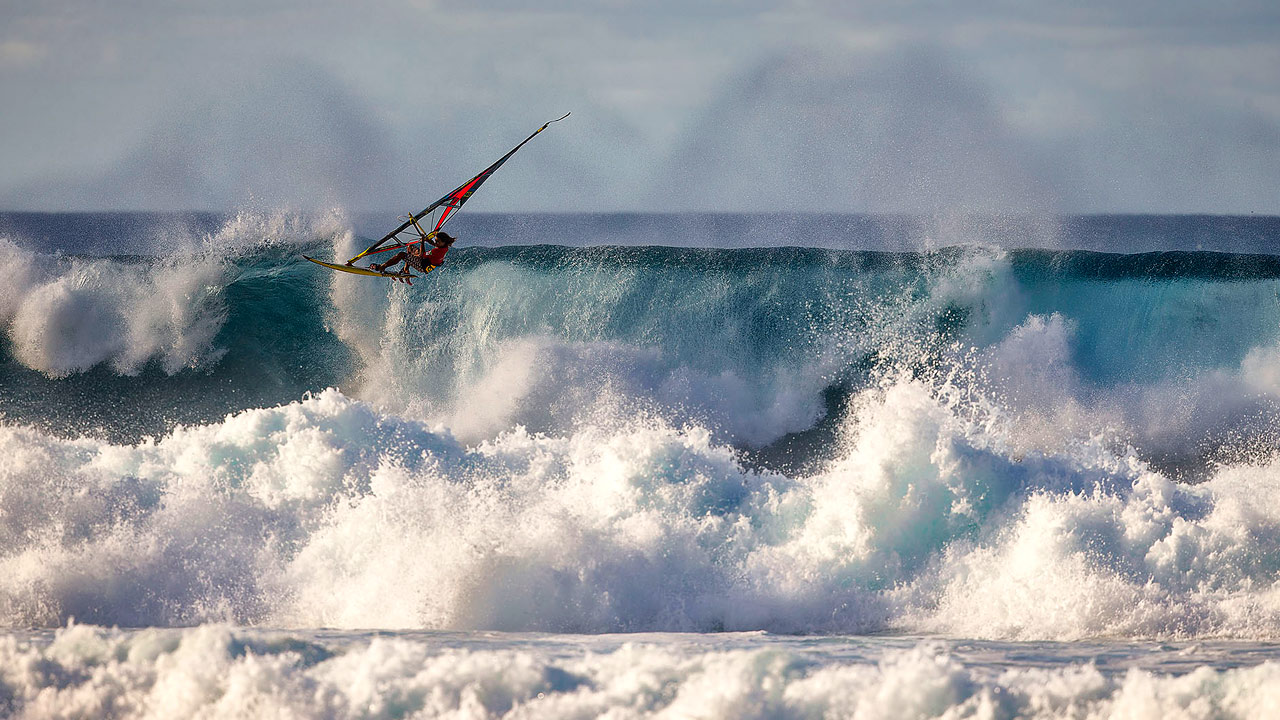 What’s up with the strong Euro riders? Victor Fernandez is in a flow climbing up the ladder and already won 3 heats in the double elimination. He still has the chance to win the this years PWA world title, but he has to win the event. And emotions were high in heat 41, when the heat was cancelled with Diony Guadagnino and Ricardo Campello qualifying and Victor Fernandez less than a point behind and Klaas Voget in fourth. Diony was upset and Victor and Klaas lucky. So, the re-sail of heat 41 will be an interesting one.

We are looking forward to another exciting day at Ho’okipa. Who will make it through the double elimination and can challenge the top places. Morgan Noireaux is the current leader of the event as he won the Single Elimination. Kauli Seadi sits in second, Thomas Traversa in third and Camille Juban in fourth. 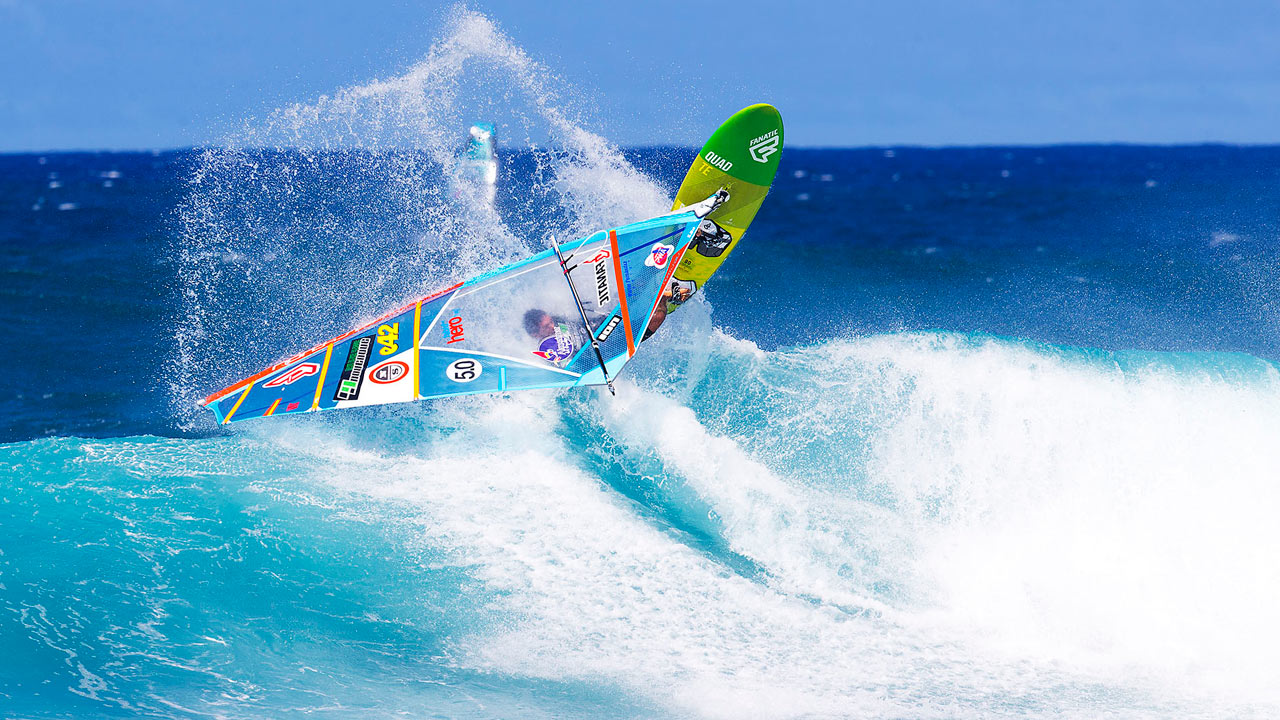 Victor Fernandez still in the game for the title (Pic: Carter/PWA)