After one day with moderate waves and two days with XXL waves at Ho’okipa, Kevin Pritchard & Sarah Hauser win the single eliminations of the 2016 Novenove Aloha Classic.
Before the start of the event we did an interview with Kevin Pritchard and he told us in this interview: “My plan is this, focus on wave selection, get the best waves and ride it like I know how to. The past few Aloha’s I was focused too much on being that “cool” tricky person, trying to set up for the ultra sick move on the wave. This year I want to go back to a more thoughtful Pritchdog approach. Sail a bit more like I used to in heats, not worry so much about trying to prove anything to anyone, just riding the wave, hitting it hard, fast, and powerful, and if the wave allows for a trick, throw it, if the wave doesn’t allow for that, then I just want to ride it and do some classic old school power turns.”

His plan worked out well in the single elimination. He was Mister Consistent and actually we did not see a single crash from him. He fought till the last seconds of his heats and qualified for the final with the last wave in the last seconds of the heat. And in the final he did the same. His last wave brought a big score with a big tweaked Aerial and he outperformed Marcilio Browne, who was leading until this point.
Let’s see what the double eliminiaton will bring. There are two more swells predicted within the contest period.

In the women’s fleet Sarah Hauser was the most consistent rider and took the most advantage of her local knowledge. Junko Nagoshi, who came back from a baby break, and Fiony Wylde were close but were not able to beat Hauser in the tricky conditions. The wind dropped during the final, what made it harder to catch the good waves.

If you haven’t watched the action live you can re-watch the heats: 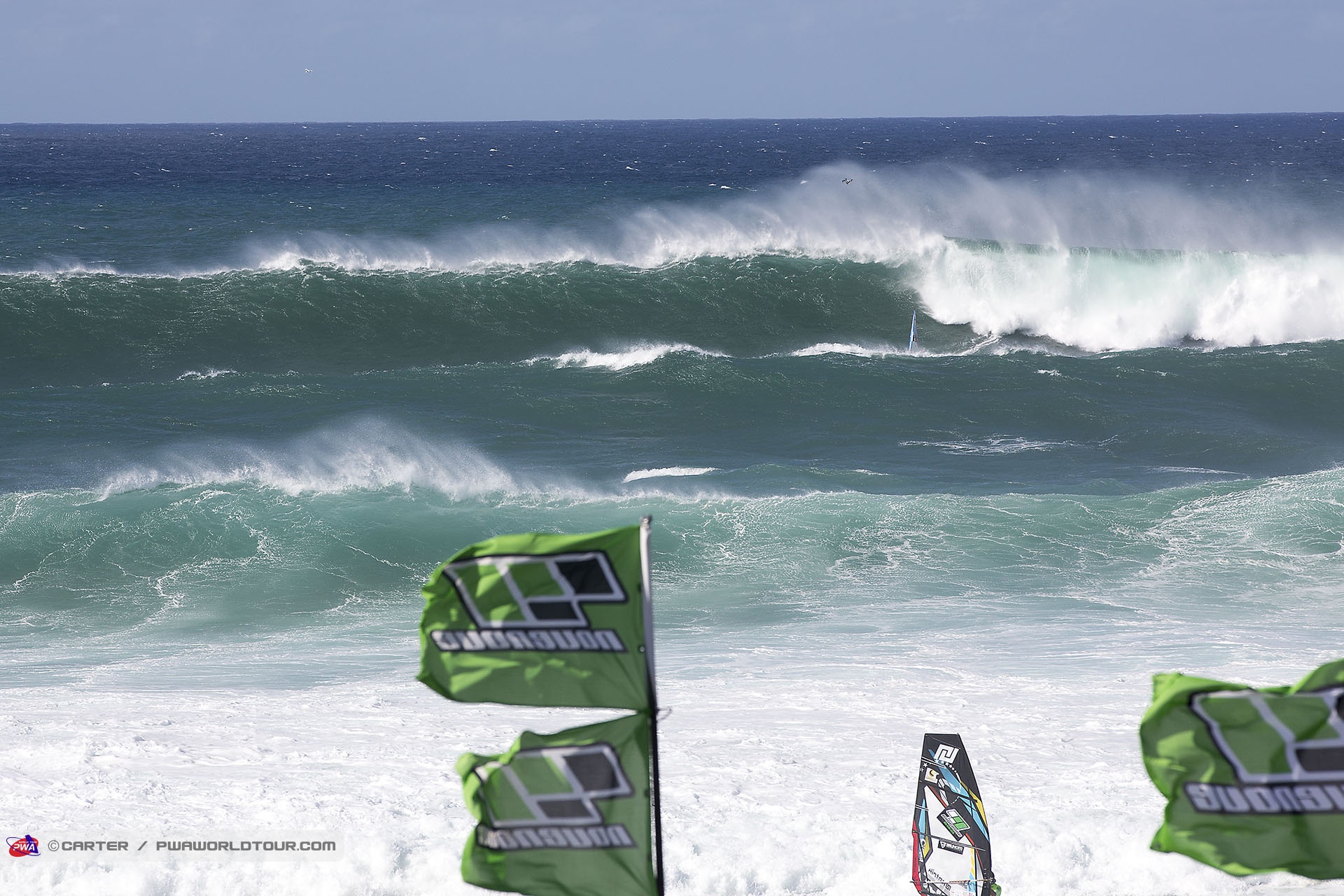 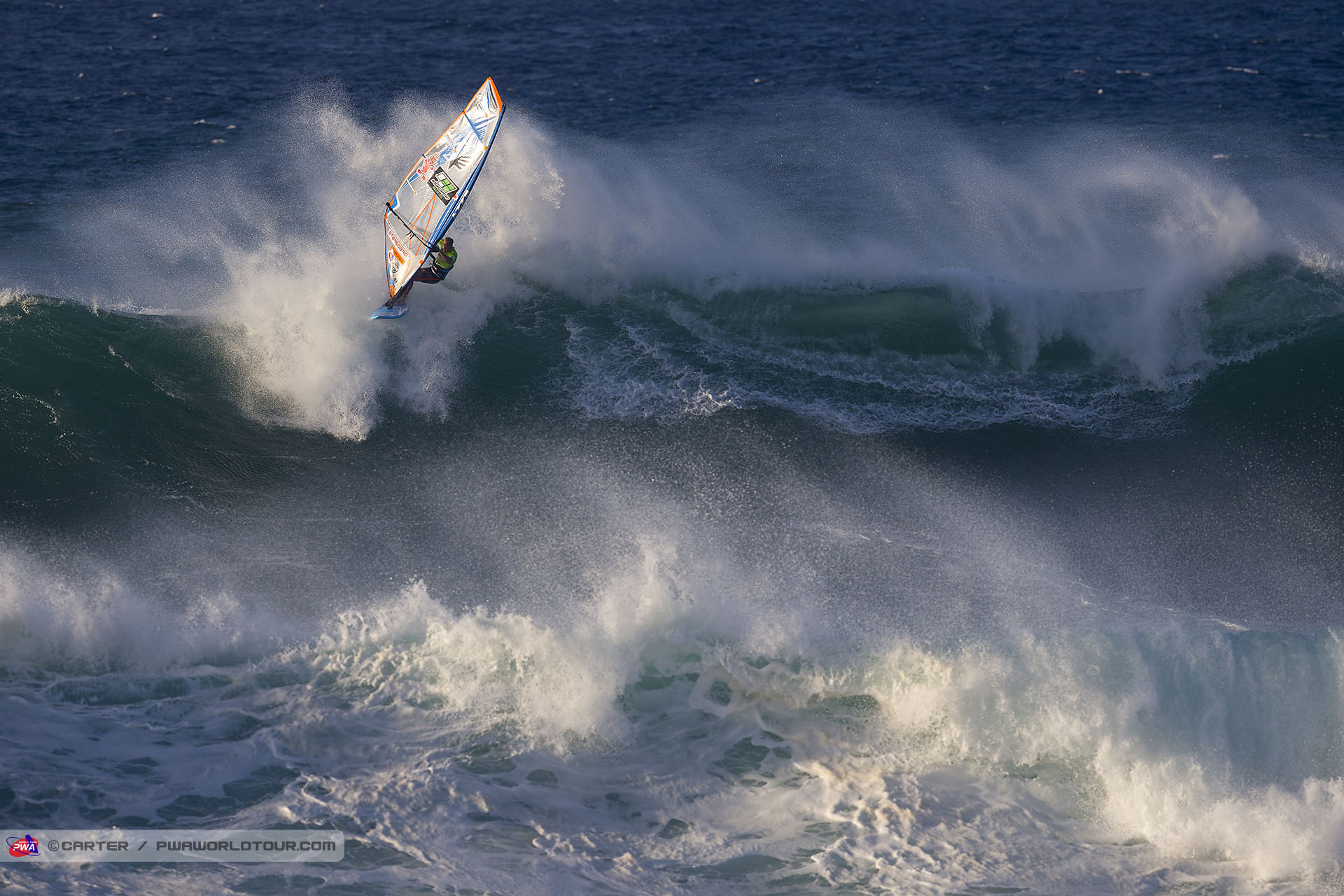 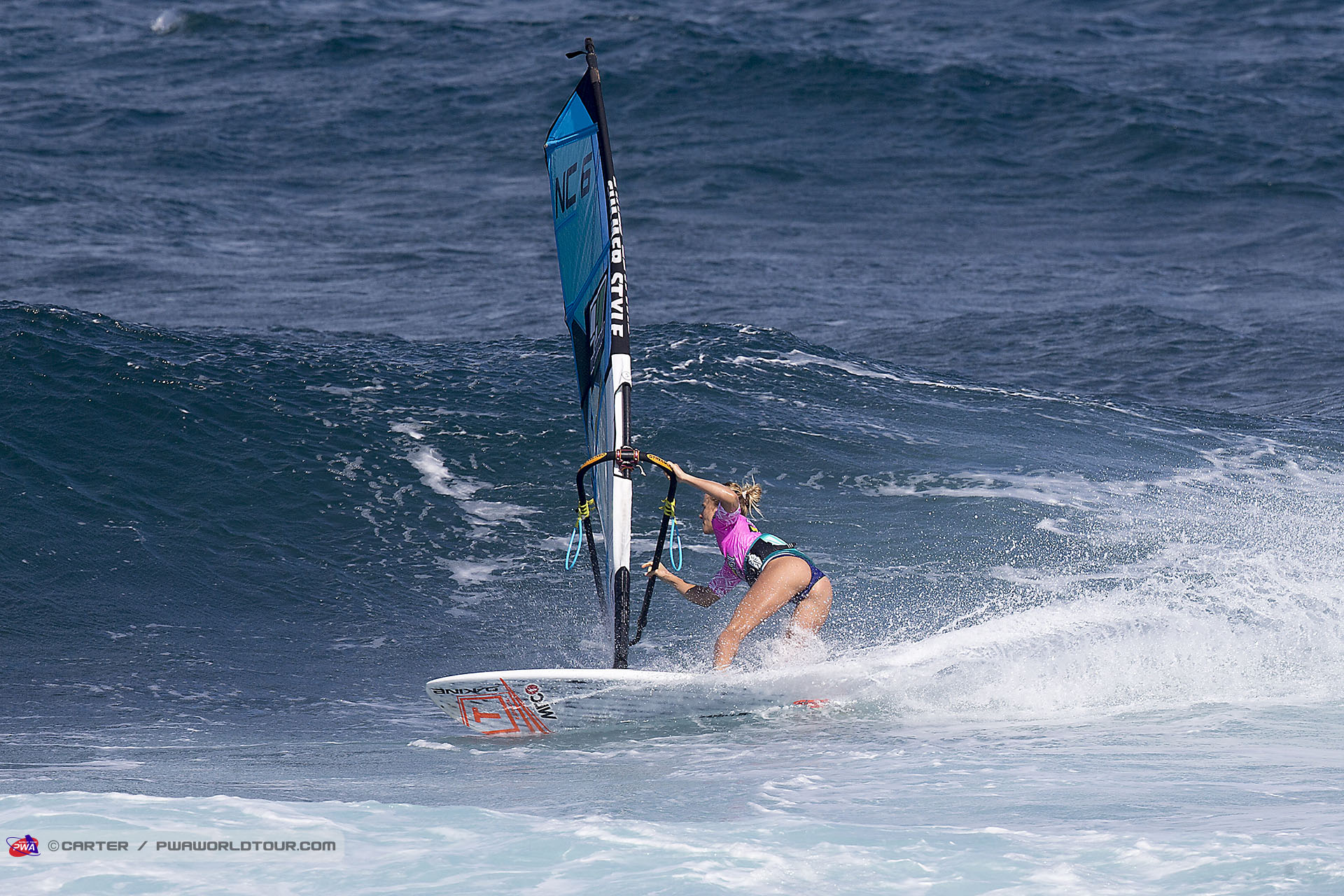 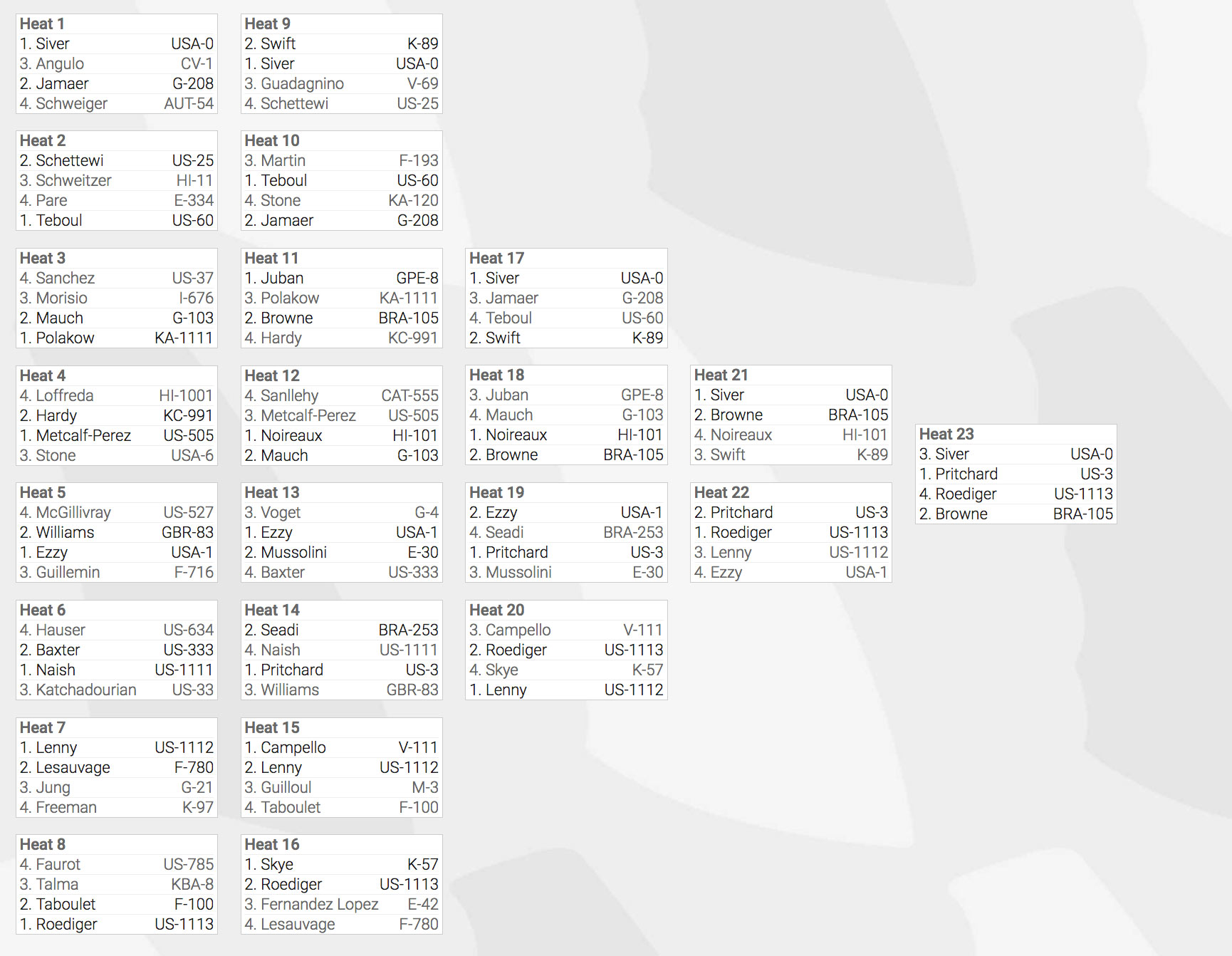 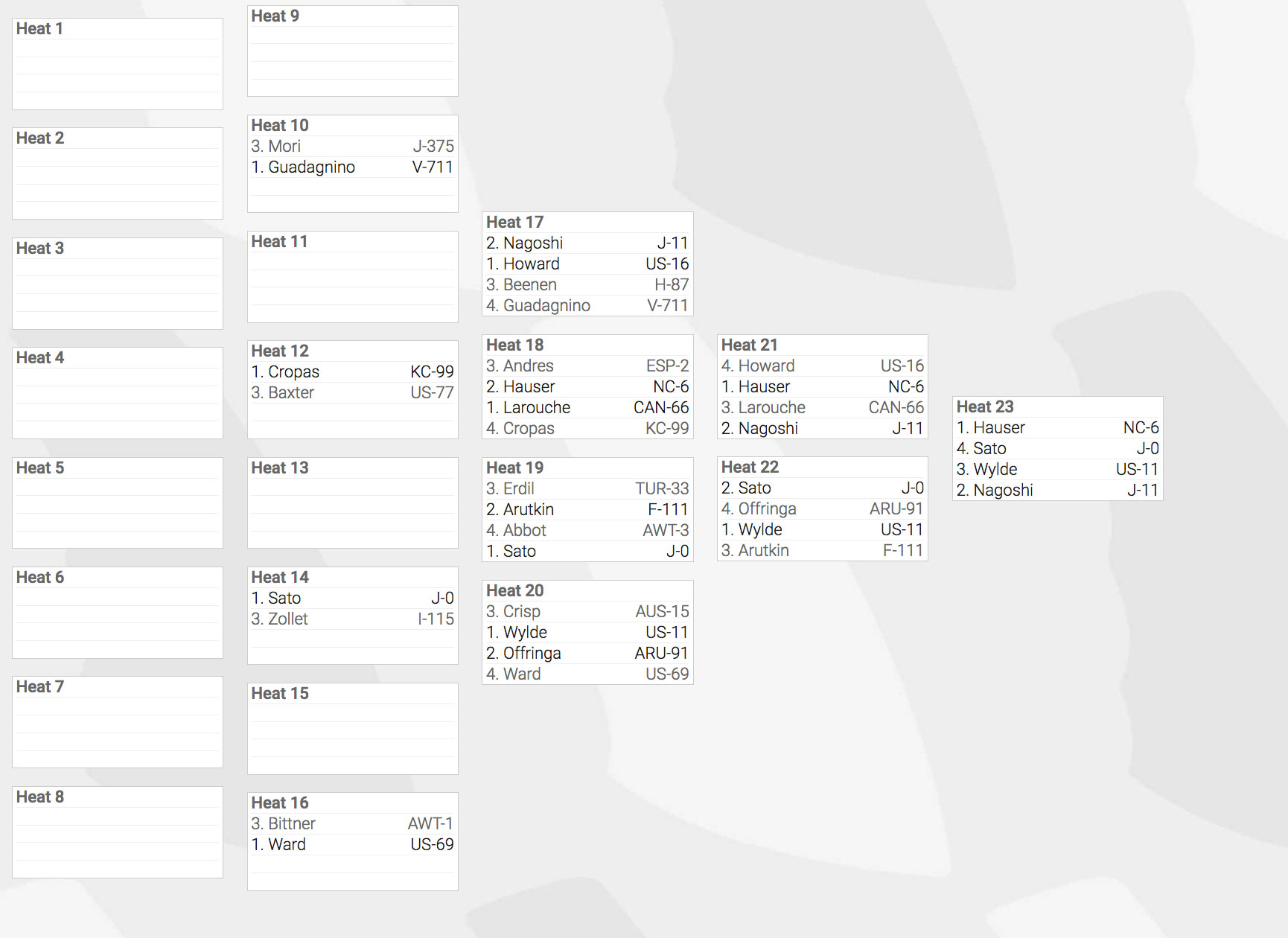