Josh Angulo, aged mid 30ty, escaped from Maui and made his wavesailing style even better while living on Sal, Cabo Verde, where he also organised the prestigous PWA wave tour stop several times. In 2009 he could win the event at his homespot and grabbed the wave title for the second time in his career in a thrilling final at Sylt.

He thinks, that this victory was the crowning jewel on an already decorated career. We think so too and hooked up with Josh to find out a little bit more about his PWA wave retirement and future thoughts. Read here an exclusive interview. 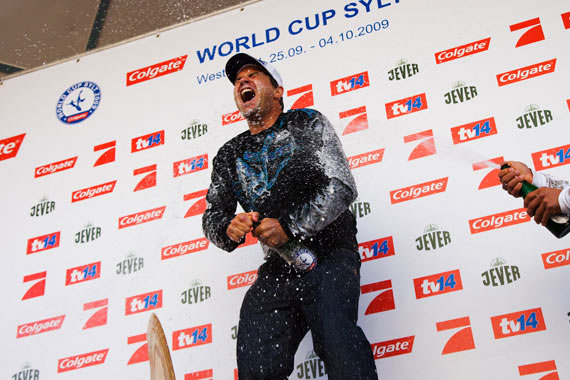 C7: Another year on the PWA tour is over and you crowned yourself with the wave title. Can you give a short resume about the this year´s wave tour out of your view and which tourstop did you enjoy most?

Josh: This year was actually quite a full wave year despite there being only 3 events. In Cabo Verde we had unbelieveable conditions and a double elimination, Pozo blew its socks off once again and we had a double elimination, and Sylt was the gnarliest I’ve ever seen it and we had a sick double elimination there. So, it is almost as if we had 6 events. I enjoyed Cabo Verde the most, for pretty obvious reasons of the waves, homecourt advantage and event victory. Pozo was also cool because I sailed quite good for me and maintained first place and I must say I enjoyed Sylt, winning the title in solid conditions.

C7: You looked quite concentrated at the last event on Sylt. No big words before the competition, would say kind of shy maintaining a low profile. And in the right moment you fully exploded. It looked like the heaviest white water could not get you off your gear. Did you only focus on winning the title during Sylt?

Josh: Funny you could see that, because I definitely was shying away from the media and the hype in general. I knew a title was close and I just had to make it through the end of the event. I was releaxed yet very very focused.

C7: How did it feel to win the this years wave title? Was it the best one you ever could win?

Josh: 2003 was more of a big joy for me and this year was more of a crowning jewel on an already decorated career. It was special to win it with Cabo Verde on my sail and have received much support here in Cabo Verde. Both times I’ve won, it’s mainly a big relief once it’s over and the pressure and fear of losing falls away. 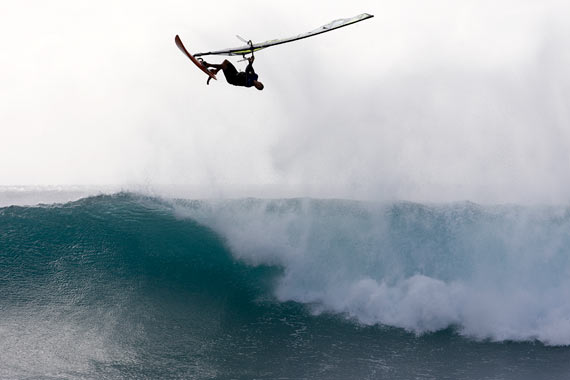 C7: Compared to your wave title from 2003 now many young guys head into double forward rotations and they go for super risky airtime. You more sail a standard programm in terms of jumping and trust in your extraordinary powerful waveriding? Is the waveriding in perfection still the key to win the title?

Josh: In 2003 guys were doing double then as well and it’s always been through waveriding, correct equipment choice and sailing smart heats that I have been able to win. There are lots of specialized windsurfers out there that specialize in certain conditions and I feel blessed and am proud to have excelled in such a variety of conditions against such a field of talented windsurfers.

Josh: A few years back I never thought I’d win another title, but my wife was sure I’d win one more and made me keep going (I wanted to stop a few years ago). After I won CV, I started thinking that maybe I could win, but wasn´t taking it seriously. After Pozo I got a bit more focused but still not too serious. The hard part was my wife had a conversation with God and he promised her that I would win and she told me that, so then it was a balance of faith and pressure and second guessing my faith. It was quite a radical experience heading into Sylt. Already knowing that I was going to win.

C7: How could you conserve your extremely high wavesailing skills over the past 20 years or even improve the skills?

Josh: I love wavesailing and as far as competition, I’ve become very serious in my older years. As much as I was unserious when I was young I am that much more serious now (but just in preparation and on the water). Overall I’m pretty relaxed about the whole thing.

C7: At the pricegiving ceremony in Westerland you stated, that this was your last wave event on the PWA tour. Do you regret your decision already or was it a desicion you thought twice about?  What were the reasons ?

Josh: I’ve been wanting to stop for quite some years now. Theres no better time to stop then with a world title in hand. I don’t regret my decision and am very excited about all the new possibilities that will open up now that one door is closed behind me. 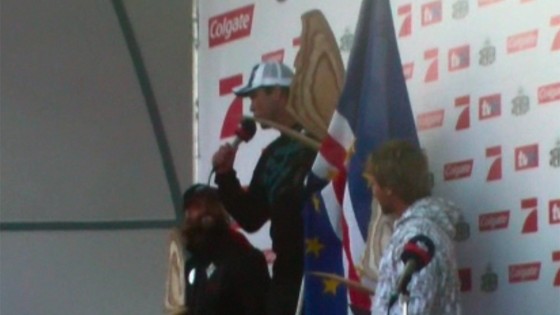 C7: Would you have stopped as well, if you wouldn’t have won the wave title?

Josh: Probably not. I probably would have done another year and organized CV event again, to give myself a chance at the title and it would’ve been another long, hard year. I’m so happy I won and I’m done.

C7: Looking back on your wave sailing career on the PWA/PBA, sure there were ups and downs, but what were the highlights or moments you love to remember.

Josh: I’ve won a good amount of events in Hawaii and been in many finals there, I’ve won twice in CV and once second, two world titles, I’ve competed with the original old school and the super young pre-school. I’ve been to around 50 different countries and speak 6 different languages. I feel that I’ve gained a good education to prepare me for the future.

C7: You finished competing at the PWA tour. Does this mean you finish with competing in wave in general or will we see you in the future maybe at other events, like the Wave Classic events or local event on Cabo Verde?

Josh: First of all, I am still competing on PWA tour in slalom and very well could compete at certain exceptional venues around the world. 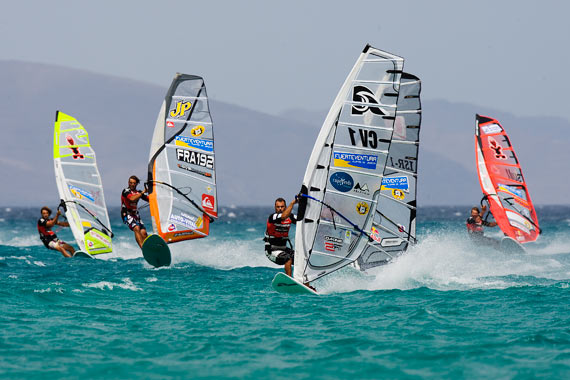 C7: Who are the biggest talents on the tour right now and who can follow your tracks in 2010? Besides the new-school wave sailors, is there still much space for the let´s say “old-established” guys?

Josh: There are actually very many good guys. Pretty much everybody rips. The “old-established” guys  as you call them usually excel in the bigger and better waves, but their days are numbered. Kauli,Victor, Skyeboy, Klaas, Brawzinho. All the spanish guys. They will all be the top guys. Especially in a two event tour of Pozo and Sylt.

C7: You are one of the biggest ambassadors of wavesailing. Did you ever think about to organise and run an own wave worldtour? There are rumors, that Kelly Slater will start an own tour besides the ASP.

Josh: The thought has certainly crossed my mind. We are not exactly in the best economic climate to do that right now, but you never know, it only takes on good contact.

C7: Will you try to win a PWA Slalom title next year and what are your goals for 2010?

Josh: I am concentrating more on getting the Angulo board brand back on to the world stage where it rightly belongs and am looking to become a top slalom guy. Not really worried about winning or not, just racing well and tuning my gear, then results will come automatically.