Did it, claimed it, killed it – A tow in video from Podersdorf

Unfortunately there has been no wind until today at the EFPT Surf World Cup Podersdorf. Frenchman Julien Mas won the 2nd tow-in qualification round in front of Mattia Fabrizi and Max Matissek.  On the microphone for you are former editor in chief of the American Windsurfing Magazine Josh Sampiero, who visited the event and the Canadian pro Phil Soltysiak. They will talk you through the best action from the second Tow-In qualification round.

It is something a bit different, hope you like it. Give us some feedback and let’s hope for some wind for a windsurfing clip.

Did it, claimed it, killed it – A tow in video from the Surf World Cup Podersdorf, Lake Neusiedl, Austria 2014 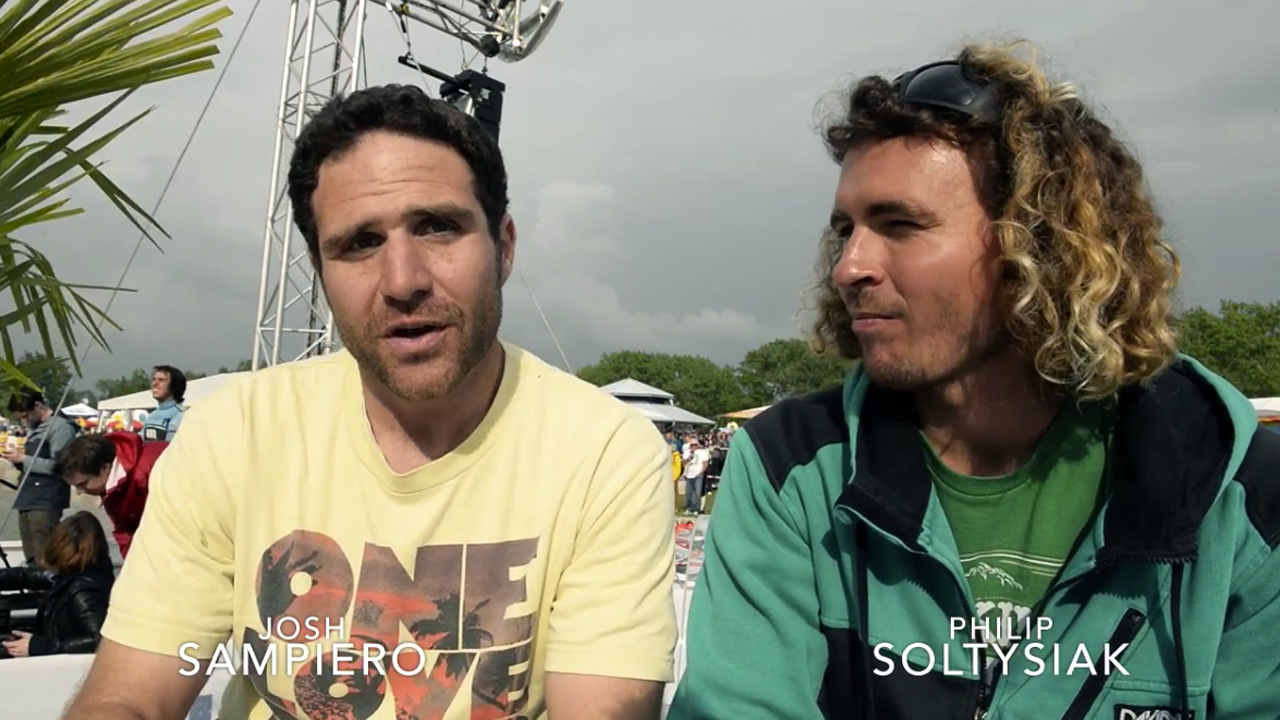 Josh – nice to see you report from the other side of the big puddle!!

fake injured status? did you hear that sponsors? seems like this sport lost pretty much all of its already low credibility

really cool style of a contest documentation – continue like that! this one is a fresh breeze compared to the usual contest reviews

Hopefully we can do some clips together again soon! I wish you so much fun for Podersdorf 2014!
Josh, watch out for the waves and keep your equipment waterproof this year!

Jens! No camera accidents yet 🙂 See you soon hopefully…

No Schnitzel stand this year 🙁