Antoine Albeau is the most successful Slalom windsurfer of the past decade. He defended his Slalom World title at Noumea in an exciting final and set a new speed record in 2015. The big French man won 9 of 10 possible PWA World titles during the past 10 years. Imagine, he won 22 PWA Slalom events during the past 8 years on tour. The 43 year-old allrounder has been competing on tour for 23 years and won titles in the Freestyle and Super-X discipline, too and was competing successfully in waves. When he isn’t competing at events, he is at home on the island Ile de Re, where he is working in his water sports center and trains for the events or Antoine travels the world to test and develop new gear.

We hooked up with Antoine for an interview. 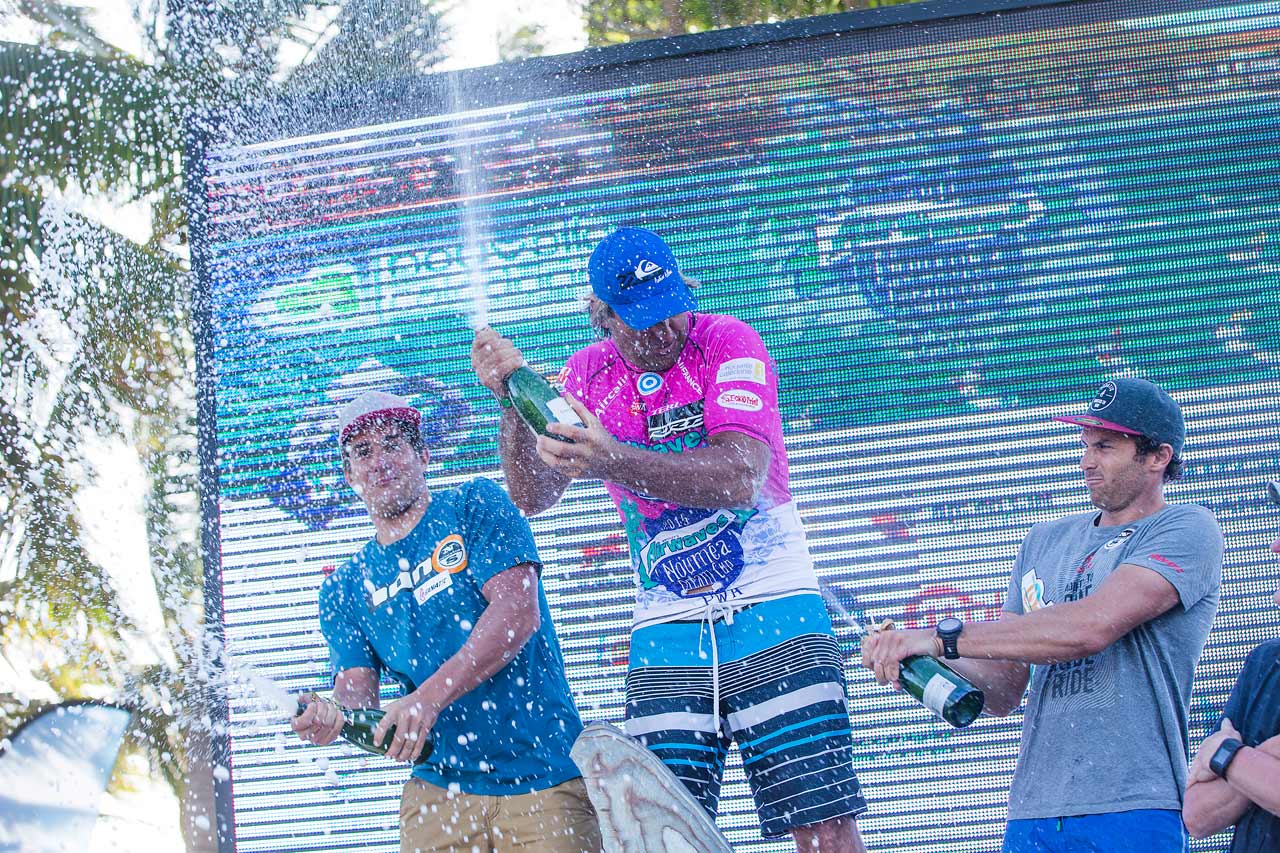 Antoine Albeau on his favourite spot on the podium (Pic: Carter/PWA)

Continentseven: You had a miserable start and were not in the top 20 in the beginning of the event at Noumea. Everything looked like Pierre Mortefon will win his first Slalom World Champion title, but you managed to fight back and secure another PWA Slalom World title. How was this possible?
Antoine Albeau: I don’t know how it was possible to come back in the 2nd place on Saturday. This was unreal!!! Yes the first day of the event was a disaster for me, it is like I started the event on the 2nd day, so yes it was super hard to believe that it would have been possible to come back.

Continentseven: Was there a moment you thought it is not possible to win the title anymore?
Antoine Albeau: Yes the thee first days I really believed that I would lose the first place overall and even the second. I had to be 4th in the event to win the title!

Continentseven: How much help was it to have Paola with you?
Antoine Albeau: I was lucky that Paola was here on my side. She motivated me and talked to me every night about the event and helped to stay focused and try to do my best. 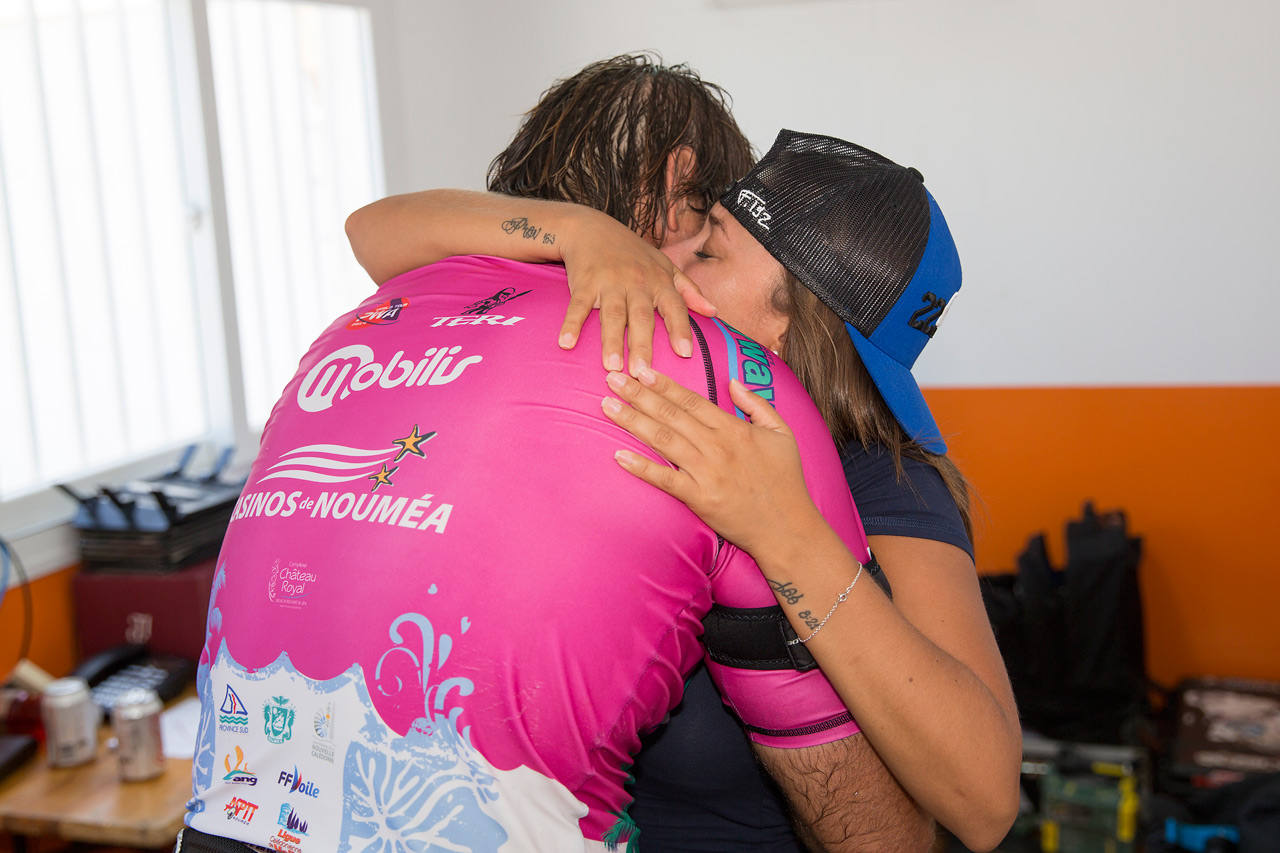 Antoine and Paola share the moments of victory (Pic: Carter/PWA)

Continentseven: How many more years will you be able to hold off the younger slalom generation?
Antoine Albeau: All what I do now is bonus. You have to understand that now I am fighting with the young generation like Pierre Mortefon and Matteo Iachino and I am 15 years older than them and I am pretty sure that I physically don’t feel as young as them. 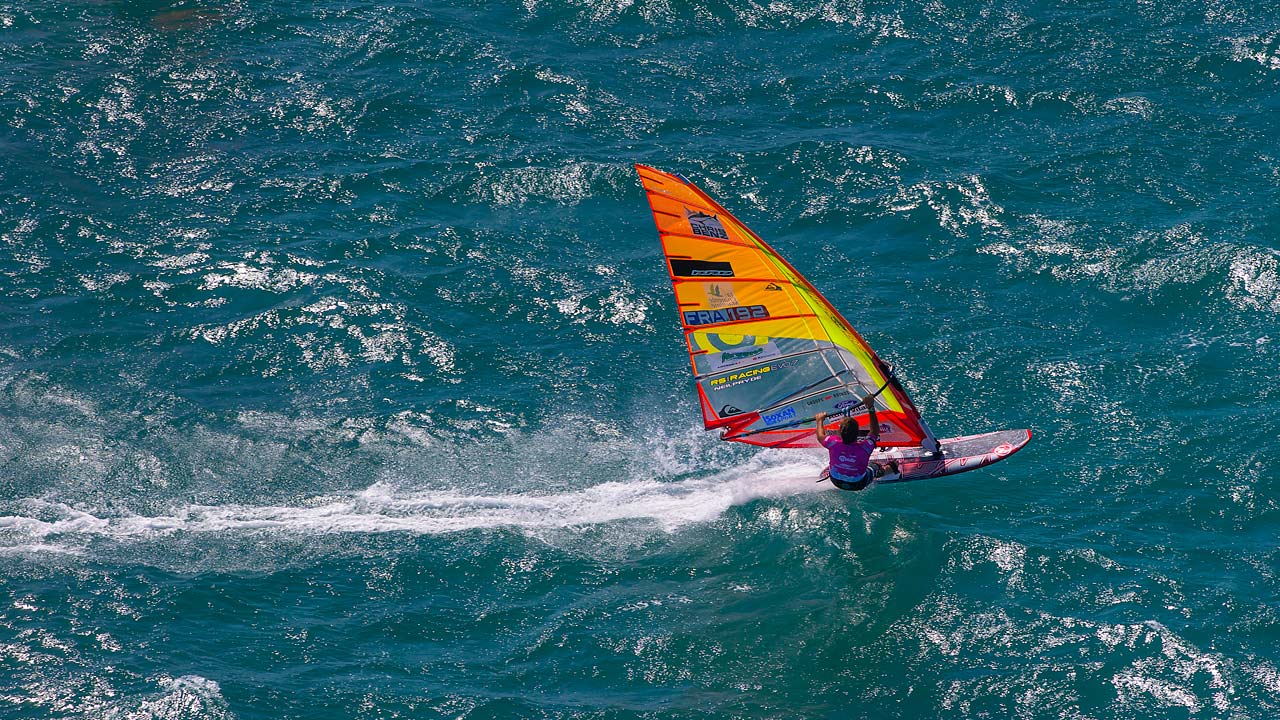 Continentseven: Before the event you set a new speed record in Namibia and now you won another title. Was this your best season?
Antoine Albeau: In 2008 I won 2 world titles, one in Slalom and one in Formula Windsurfing and set the Speed sailing World record (e.n. 49,09 knots at Saintes Marie de la Mer on March 5), but this year yes this is a crazy year as well.

Continentseven: In Lüderitz, Namibia you not only set a new record, but you had a horrible crash, too. How is it possible to walk away from such a crash without an injury?
Antoine Albeau: I think I was super lucky because the speed I go now is fast and a crash at that speed can be fucking dangerous, I am also prepared for this, I am strong and I know I can take it, one crash was easy but this other one was hard.
Link to the crash on Antoine Albeau’s Facebook page: Antoine crashing at 51knots!

Continentseven: Can you try to describe the feeling blasting down a channel with an average speed of 98,6 km/h?
Antoine Albeau: This is crazy, now with this speed I felt that the run goes even faster than before. It is super radical to hold it because the wind is super strong and the sand was flying. 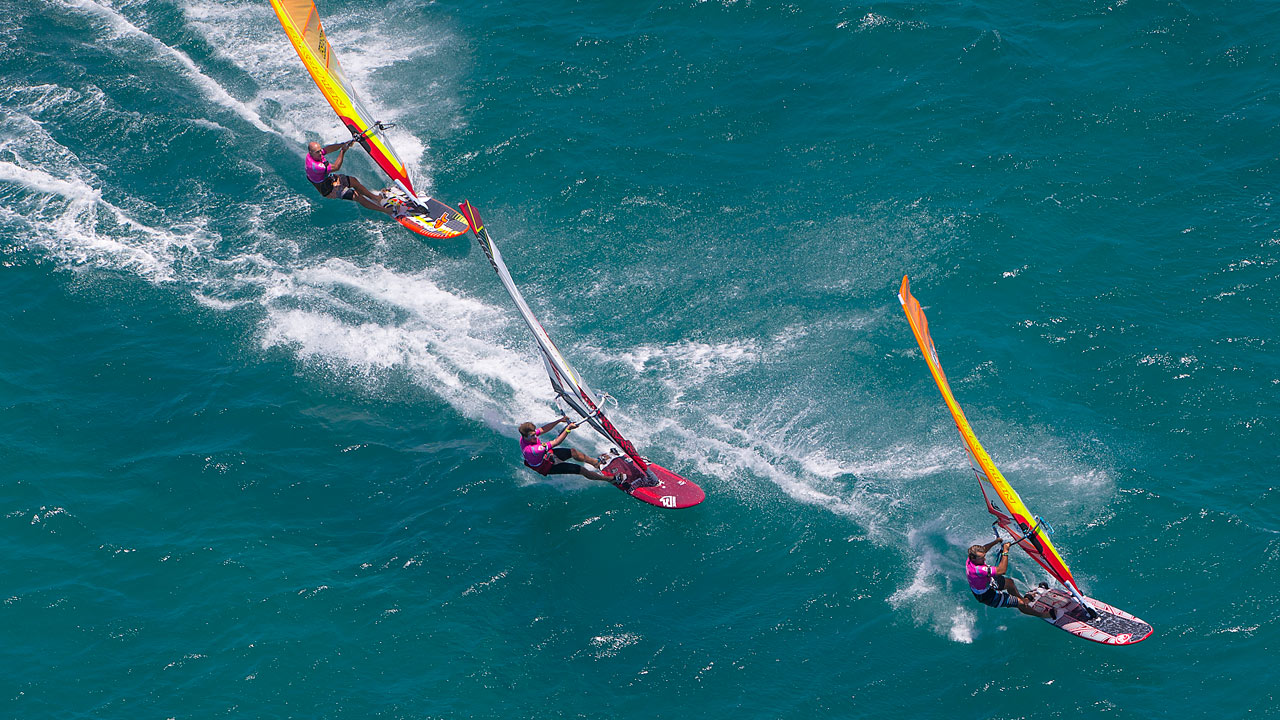 Antoine loves to be ahead of everybody (Pic: Carter/PWA)

Continentseven: What is coming up next for you in the next weeks?
Antoine Albeau: I will be at the Boat show (e.n. Dec 5-13 in Paris) for my sponsors and then I will be in Guadeloupe for the holidays.

Continentseven: Will we see you next your on tour again?
Antoine Albeau: Yes for sure !!

Continentseven: Thanks for the interview.

I really like reading interviews on continentseven. But this one doesn’t convey any new information. Maybe you could ask more specific questions next time and don’t let him off the hook with meaningless answers 🙂

otherwise keep on with the great work!

Hi Peter.
Thanks for your feedback. We’ll do our best!