Windsurfing at Fuerteventura’s beaches of Sotavento and the big windsurfing events have a long history and 2015 sees the 30th anniversary. Christian Tillmanns and his team produced a clip for this 30th anniversary. Additionally you can check out some historic pictures and info from the early days at Sotavento.

1996 was our first time on Fuerteventura. The first Worldcup we witnessed in 2000 and Chris, chief editor of continentseven, started his Slalom career in 2005 at Sotavento. 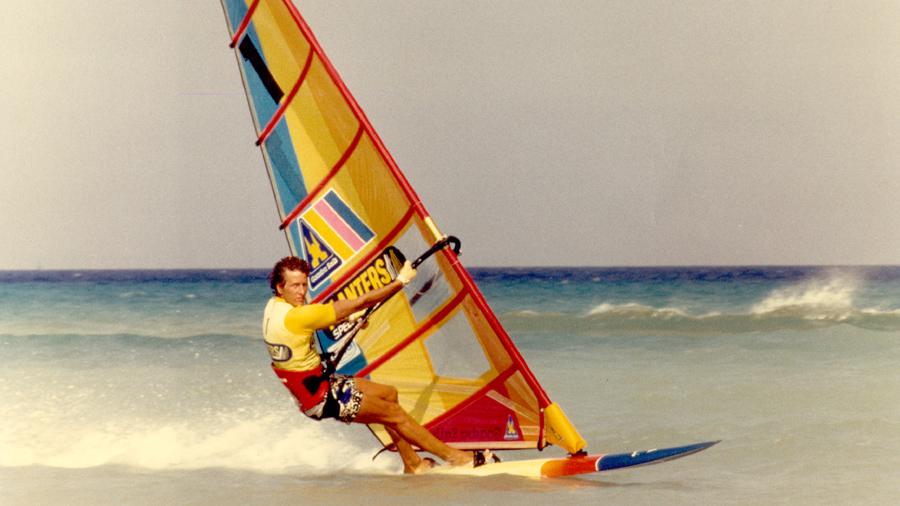 “In 1986 I convinced the former “Professional Board Riders Association (PBA)“ for the first time to use the outstanding wind conditions in the south of the island for the first “Fuerteventura World Cup” in windsurfing – immediately we crowned the French Pascal Maka with a new world speed record of 38.86 knots ( 71,96 km/h ). Through innovation and expansion for Windsurfing and Kiteboarding this World Cup event has quickly become an integral part of two world tours. Through the outstanding media results with 113 million audited TV viewers in Europe it is one of these events to the main of its kind – especially thanks to the international competitors, who have been doing their best for 30 years in a row.” René Egli, event founder, about the anniversary

“It’s nice to see that Fuerteventura is still on and will be there forever.” Björn Dunkerbeck, 41 times world champion 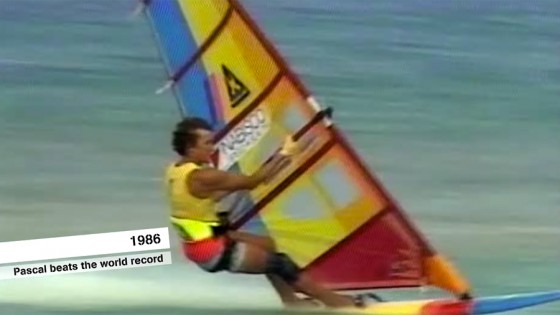 The Fuerteventura Worldcup celebrates the 30th anniversary this year 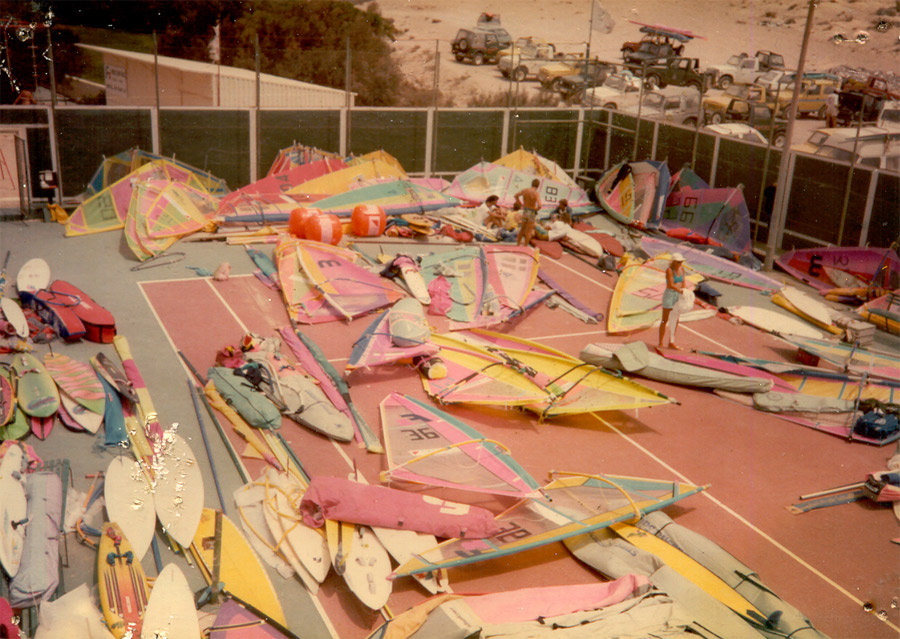 Read more about the event history at Sotavento 1986 René Egli brought the excellent windsurfing conditions at Sotavento to the attention of the PBA (Professional Board sailors Association). This led to the first speed event on Fuerteventura in 1986 and it was during that very first event, where French speed sailor Pascal Maka set a new speed world record in windsurfing: 71,8 km/h. René Egli acted as the local organiser. Thanks to his meticulous organisation and the excellent wind conditions it quickly became an established event. 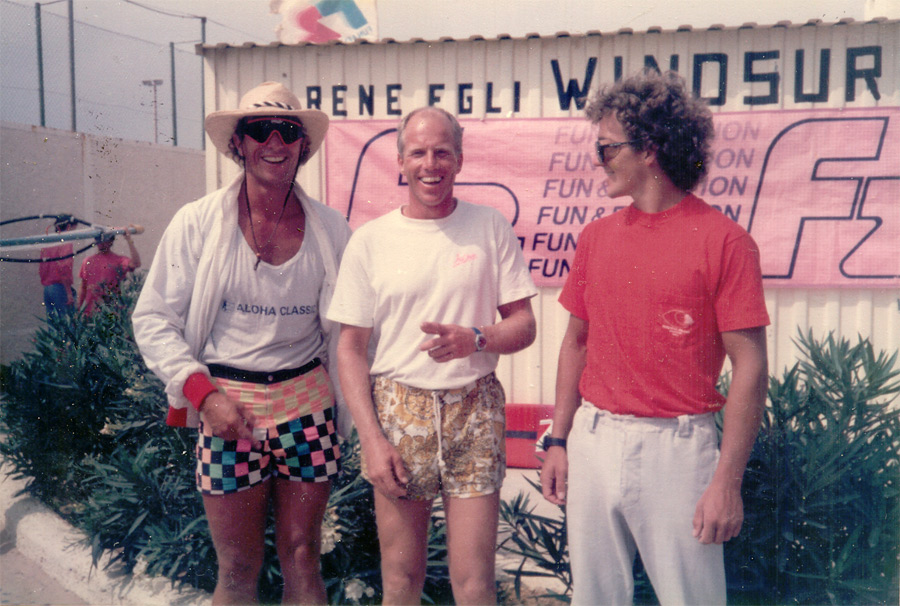 Roddy Lewis on the left, René Egli in the middle and Pascal Maka at the right hand side, at Sotavento in 1986 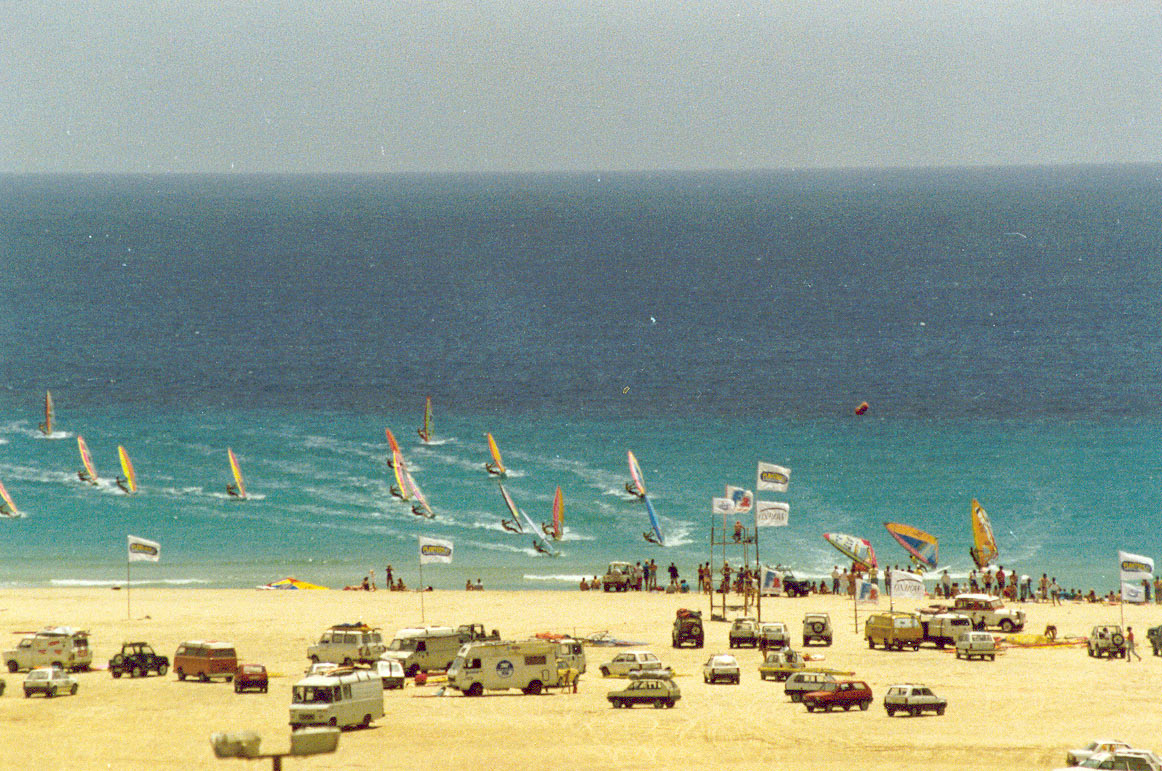 Slalom racing at Sotavento in 1987

In 2001 a kiteboarding event was hold for the first time in addition to the Freestyle Grand Prix in windsurfing. The freestyle, hang time and best trick disciplines were judged as part of the Kiteboarding World Championship Tour. The previous world record holder Sebastien Cattelan improved his hang time world record to an unbelievable 8.87 seconds at wind force 9.

In 2003 the Fuerteventura PWA Super-X Exhibition took place at Sotavento for the very first time. The world premiere of the new Super-X windsurfing discipline proved to be an epic spectacle and competition format, and the expected dangers that necessitated body amour and crash helmets proved to be vital during the high impact wipeouts and collisions. 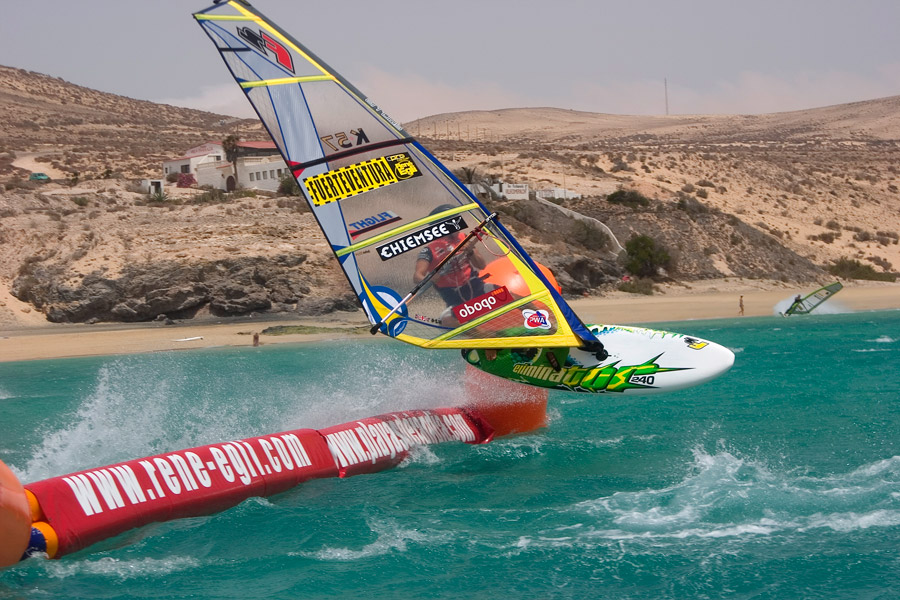 In 2004 Manu Taub sets a new speed world record in kiteboarding: 75,15 km/h. In 2005 the Windsurfing Slalom discipline returned on the PWA tour at Sotavento and is on since then (just in 2013 the Slalom did not happen) 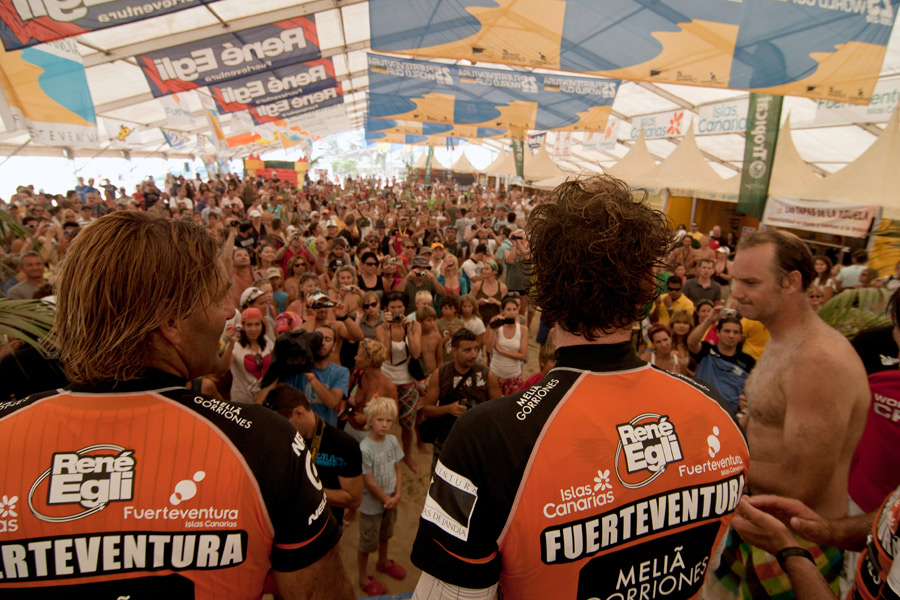 Full house in 2012 during a Slalom winners announcement

In 2014 the new René Egli windsurfing center has been opened a bit closer towards the Melia Gorriones Hotel due to the fact that the beach shrinked by many meters over the years. 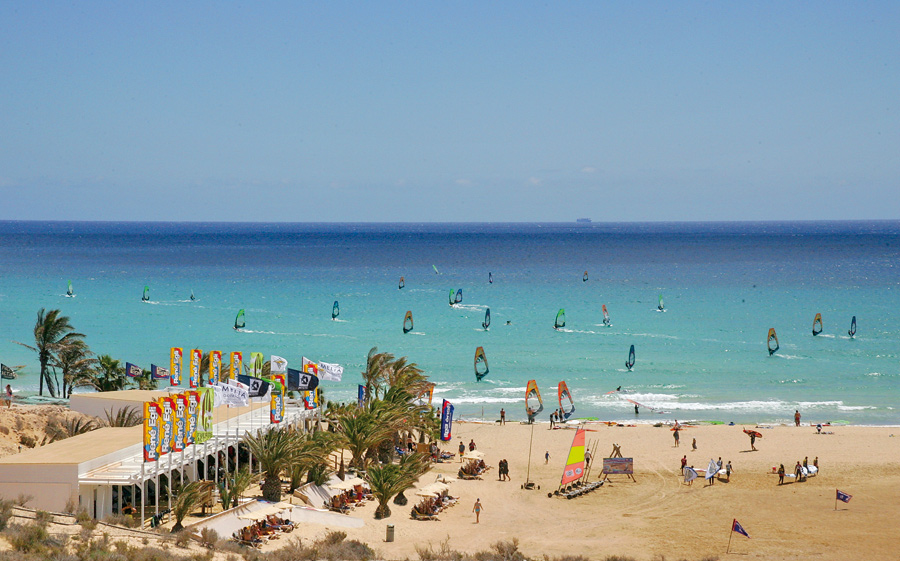 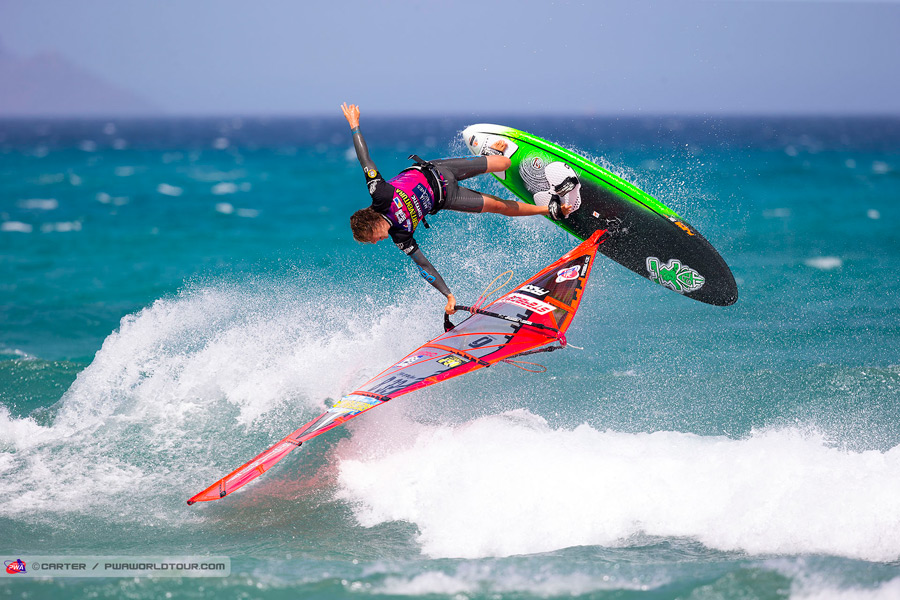