“This little North Sea storm came as quick as it disappeared again so we had to be fast. I picked up Stefan, who was going to film me on this trip, early in the morning and drove the four hours to Klitmøller. The storm had arrived before us and after a little wait the waves came too. I was powered up on 3,7 and, due to strong current and really sideways and round waves, struggling to find good ramps. After a few hours I changed to a different spot which had dreamlike conditions compared to that first session. Even though I started to get really tired I couldn´t stop riding and enjoying the clean waves. At some point my concentration and strength was pretty much gone which resulted in lots of crashes and swimming. Stefan definitely performed better that day and got some nice shots despite the stormy autumn weather. The title woanders (elsewhere) refers to people guessing spot locations on social media. I didn’t want to give away all the precious information just like that so I often replied “woanders“. As Robby Naish said on the Windsurfing Podcast… as much as it makes life easier the unlimited information available on the Internet also takes away anything difficult and mostly what is exciting about realizing a windsurf trip. I hope this clip inspires people to get in the car and explore their local and foreign coasts.” (Leon Jamaer)

Check the wind and good luck with your next adventure at your local spots!

Filmed and produced by Stefan Lehmann

Brutal force ! A big shout out to Leon !

hello Leon ! very great job ! Have you break any material this day ?

Hey, I broke a Mast and an Extension ?

Thanks to answer ! ouf, I feel rassured ; if you haven’t broken anything I would have said you’re a over-human….and me a little rabbit.
So, great job, a real talent. 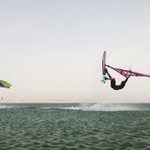 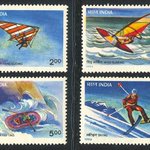