From the 8th until the 10th of January the first event of the Winter Windsurf European Cup (WWEC) took place in Lappeenranta, Finland. Unfortunately the light wind conditions made it impossilbe to run a race. 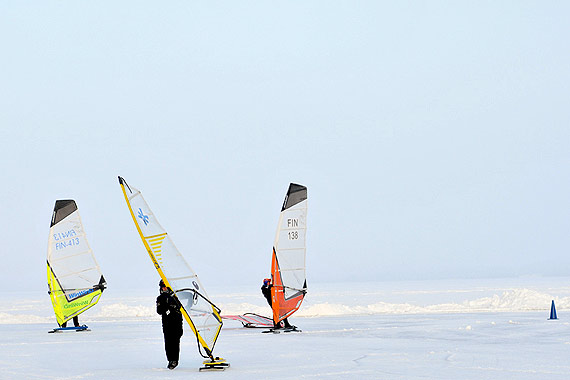 Saturday morning everything was prepared for the race and registration took place as planned. Altogether 21 participants were ready to compete and did not leave until the official closing ceremony on Sunday. Finnish and Latvian winter windsurfers representing such clubs as Kallvik Surf \Airice, NSK, Surfing Ry, LRPS, Hysurf, KPS, Burusports, Rietumkrasts and the participants of the kite race, including a number of riders from Russian kite club Overpower, were prepared to go out on the track any minute. 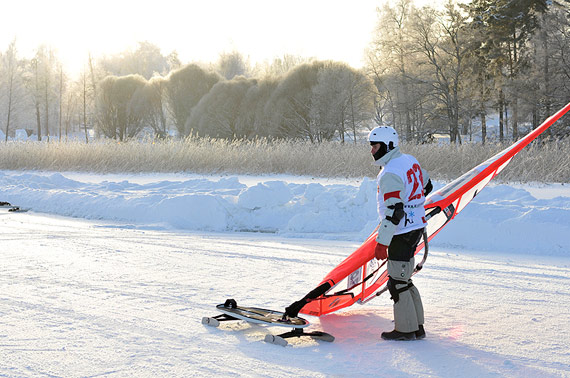 For the slalom there was just a tiny layer of frozen snow on ice and absolutely too low wind. If any of the two would have been better there could have been a race, although a difficult one. To improve the ice condition we spent some time cleaning the track. We used everything, tractor, shovels, brooms, and the result was impressive! And impressive was also the fact that there was not enough wind for both competition days after all… 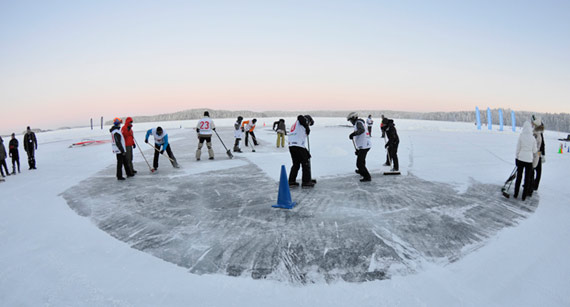 Three Best Try awards were given – to the Latvian team, to the youngest participant 12 years old Elena Kalinina from Russia and to a local kiter in his first race Teppo Valtonen.

For more pictures you can have a look at www.winterwindsurf.com to see how it was during WWEC 2010. Photos by Janis Dreimanis

man, this is awesome!