About two weeks ago Yarden Meir released a new video called “Consume & die“. If you haven’t watched it yet, he shows a firework of freestyle moves like Shifties, Konos, powerful Spock combinations and wild crashes. As this video got such a high rating and impressed many of our users, we thought it was the right moment to hook up with Yarden for an interview.

Levi Siver about Yarden’s video: “This video is so nice. It reminds me of how they blend videos in skateboarding with oldschool moves against progressive moves while having a good time. So sick Yarden!!!”

Continentseven: “Consume & die” is a great freestyle video, thumbs up Yarden!!! Is this the best Yarden we’ve ever seen on video?

Yarden Meir: Thank you! I don’t know. You tell me.

C7: Ha,ha, hmmm??? … Whenever we watch a new video we think it is the best, but when we start watching older ones, we are not sure anymore;-) Did you learn a lot of new moves lately or did you work on little improvements?

Yarden: I’m always working on new moves and pushing to improve… I can’t say I did something different this time. 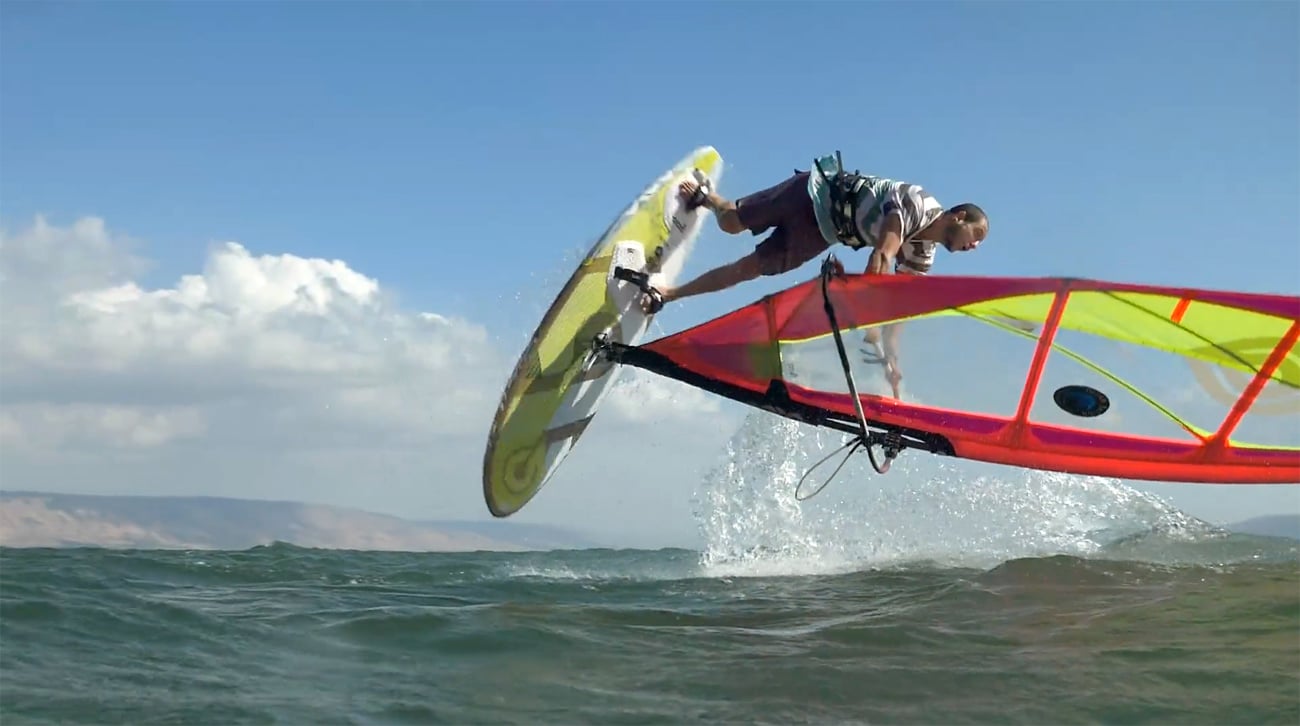 C7: When did you produce the video?

Yarden: We started filming about 6 months ago, whenever Nadav (Cohen) had time he come down to the beach and filmed all the guys… We took it very easy and there was no fixed plan.

C7: What has been your main motivation behind this project?

Yarden: The main motivation behind “Consume & die” was to motivate the kids, motivate my sponsors to keep on supporting, for the sake of the sport and its dying media. And because it’s fun to make windsurfing videos.

C7: The title of the film is „Consume or die“. Can you explain what you exactly meant!

C7: In the past years you put the focus on freesailing. Less competition, more traveling and filming. Is that something that made you stronger, even in that crisis we are actually confronted with?

Yarden: I will do some competitions from time to time to feed the competitive side in me. And considering Covid-19, some plans were cancelled but new plans arose. And by the way, thanks Goya, Maui Ultra Fins, Ocean Nation, Slingshot, Gul wetsuits, thank you for supporting my unholy quest! 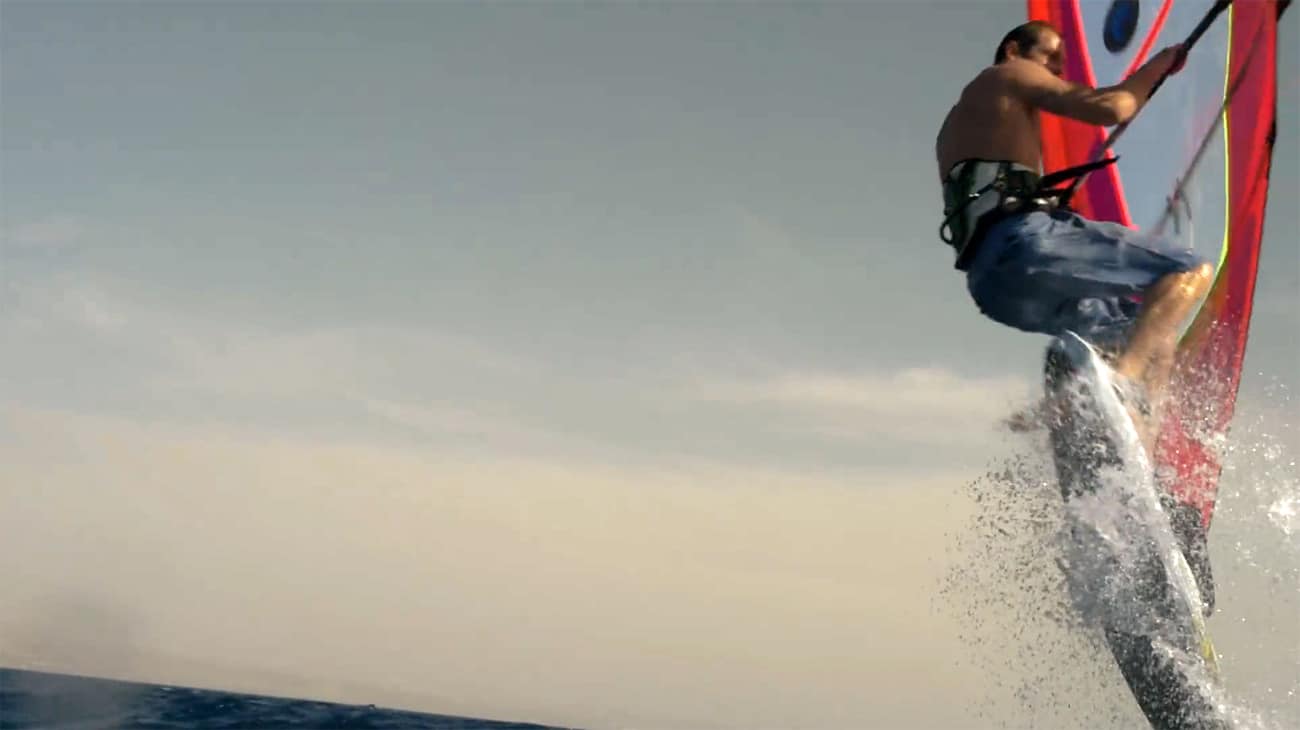 Yarden Meir rotates through a Spin loop in Eilat, Israel

C7: Why did you decide to reduce the competition part?

C7: What’s the point you don’t agree with?

Yarden: I don’t like that freestyle is being pushed behind the scenes (2 events a year?!….). And I think a lot of money inside this system is spent for nothing. I don’t like the media they created (I do adore JC’s photos!!). I do not agree with the way moves are scored. And I think 90% of the judges are not qualified to judge freestyle. I’m not trying to offend anyone. I’m just honest. There are more reasons, but I really rather focus on the positives.

C7: How do you see your future in windsurfing and how do you see the development in freestyle? You still nail a lot of older moves, but with a lot of power and spiced up with your own style.

Yarden: Let’s motivate the future and present generation. And I always push the level, the gear & myself as far as I can. 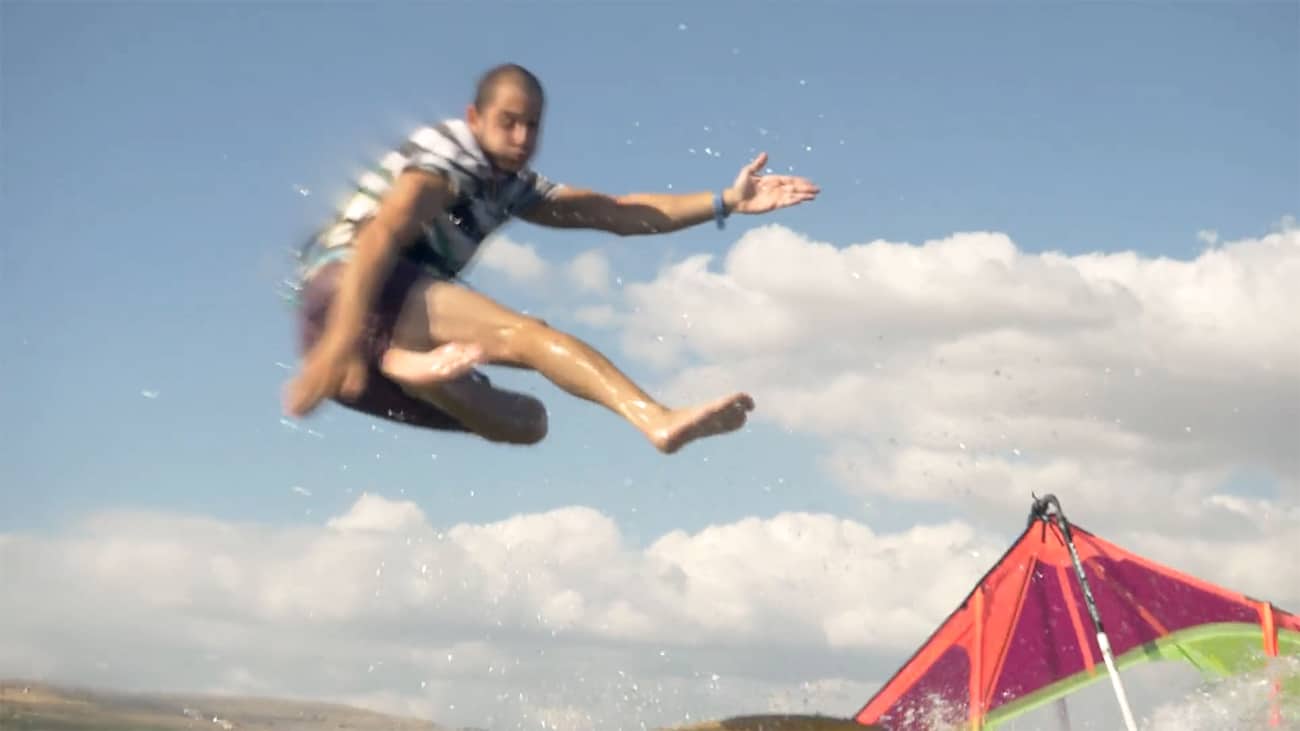 Yarden Meir with a ninja kick straight into the camera of Nadav Cohen.

C7: Nadav Cohen filmed all the action. Is he a windsurfer, too and how much did you pay him to swim hours and hours in the water taking risk to get hit by you or your equipment?

Yarden: I was supposed to pay 2000 €. Then I accidentally hit him in the head with my mast. He lost his memory and I told him he is my son. Then I took him to the beach whenever it was windy and told him he won’t get ice cream if he won’t film, hahaha. We have known each other since we were 3 years old and always wanted to make videos together. It’s actually not our first project and there are more to come! Nadav is a windsurfer, surfer and also a great guitar player.

C7: Any new projects in the pipe?

Yarden: Yes for sure! Nadav is making another video from Eilat with all the local guys. JMK filmed and edited by Michael Summereder is coming out really soon! And I’m tired of being comfortable in my bed. So I will travel soon to windsurf, explore and film. It will continue to develop non stop, Alien crafts, hovering cars, Air no hand Burner Air Funnell… and thanks for the kind words!

C7: Thanks for the interview and keep up the stoke! 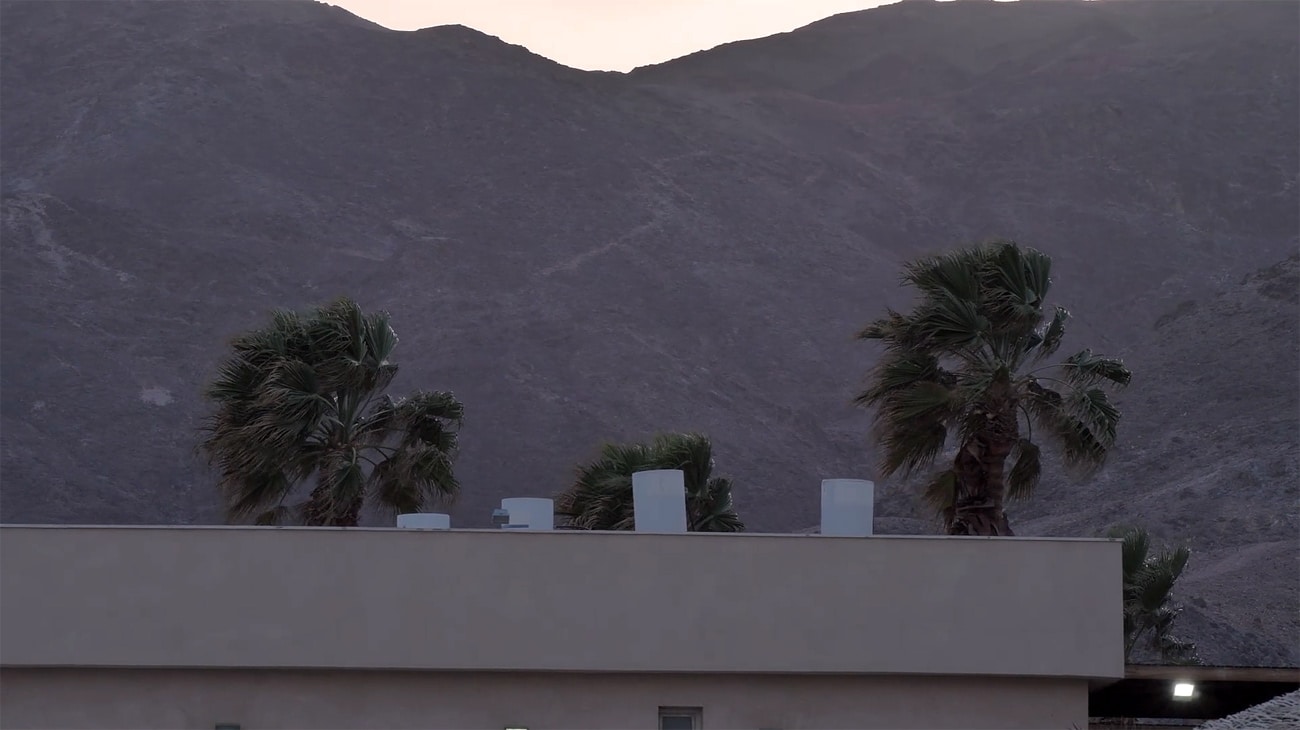 Thank you all for the nice comments!!! Means allot.

Considering the comments about how the whole freestyle freestyli freestyle:

I would say that if each individual will push windsurfing forward in the way that HE/SHE thinks is right. that would be a good start.

First and foremost – thanks @Yarden for the good spirit and C7 for bringing it out!

Subjectively, I share Yarden’s opinion on consumption and PWA, and would love to see more collaboration and crazy ideas that can help make WS even more awesome and popular 😛

Consume or Die an inconvenient truth… Sailing and video are excellent though! Keep fighting the good fight, we need more people like Yarden around. BC

One of the best to ever grace our sport