The final PWA slalom event of the year is already underway at Noumea, New Caledonia (Nov 18 – Nov 23). Yesterday was the first day of the event and there was no wind, but there is some wind forecasted for the end of the week.

The season is heading to a fascinating conclusion and Chris Yates, press officer of the PWA, had a look onto the battle for the 2014 PWA Overall Slalom title. And there is a video available, produced at Noumea beach with the title favourites in the focus. 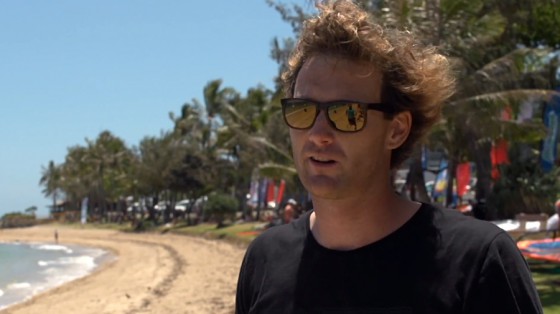 A video about the exciting Slalom title race 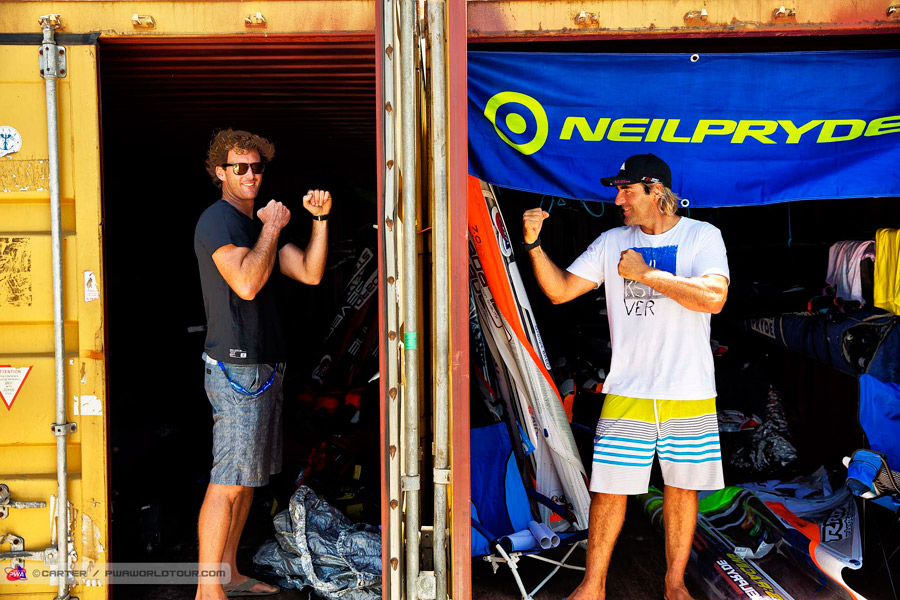 With one event to go – the men fleet has 5 events with valid results in 2014 already – only three men remain in the quest for the 2014 PWA Slalom World Championship – Cyril Moussilmani (34), who leads the tour, Antoine Albeau (42) and Pierre Mortefon (25)  – one thing is certain and that’s that this year’s men’s title will be won by a Frenchman.

Cyril Moussilmani enters the Airwaves Noumea Dream Cup with a slender 17 point lead over Antoine Albeau in second place. For Moussilmani the maths is simple, if he finishes ahead of Albeau then he will be rewarded with a maiden world crown.

However, although Moussilmani leads into the final event, Albeau still holds his destiny in his own hands, such is the closeness between the two rivals. In order to complete a historic hat-trick of world titles, Albeau, just needs to beat Moussilmani by one place – as long as Albeau finishes 5th or better.

The women had two Slalom events this  season, one in Turkmenistan and the other one in Turkey.  French champion Delphine Cousin (23) sits in pole position heading into the final event with one event victory and a 2nd place, putting her in a commanding position. The reigning world champion requires fourth place or better to guarantee her the title, as even if Lena Erdil (25) or Valerie Ghibaudo (25) were to win the event – and Cousin finish 4th – Cousin would take the title on a tiebreak.

Erdil and Ghibaudo are currently tied on points so the duo face an intriguing battle outside of the title race too – who ever comes out on top at the Airwaves Noumea Dream Cup would claim second place overall, barring disaster, so there’s all still to play for even if the title proves to be out of reach. 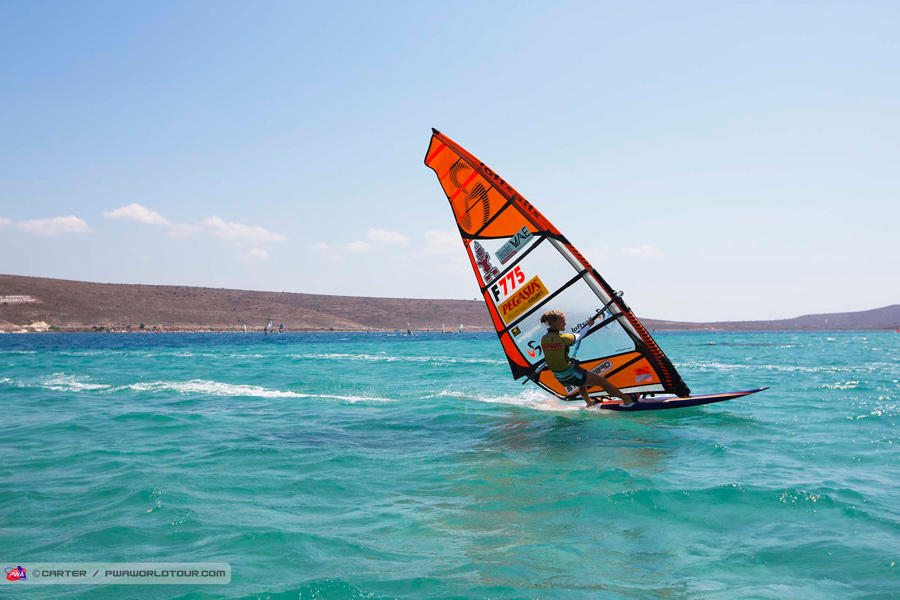 Valerie is the veteran in the ladies fleet and will fight for the best possible spot on the podium (Pic: PWA/Carter)

Pierre Mortefon will give it all and has realistic title chances (Pic: PWA/Carter)

chris2018-05-22T08:01:44+02:00November 19th, 2014|
Subscribe
0 Comments
Inline Feedbacks
View all comments
This website is using Google Analytics. Please click here if you want to opt-out. Click here to opt-out.
0
0
Would love your thoughts, please comment.x
()
x
| Reply
We use cookies to ensure that we give you the best experience on our website. If you continue to use this site we will assume that you are happy with it.OkNoRead more