Hugo de Sousa and Loick Spicher set out from Brazil for a shared mission.  The 17 year old Hugo de Sousa from Brazil, who has made a name of himself with his outstanding Air Moves, was not able to show his skills in the difficult gusty and choppy Fuerteventura conditions during the PWA event last year. To get closer to his dream, becoming World Champion he’d have to train more and get more consistent in his moves in all kind of conditions. Together with the Swiss windsurfer Loick Spicher and the support from Pousada Windjeri he has now the possibility to train at different windsurfing spots and to travel to the freestyle events. Read Loick’s third update, this time from Puerto La Cruz  and El Yaque. 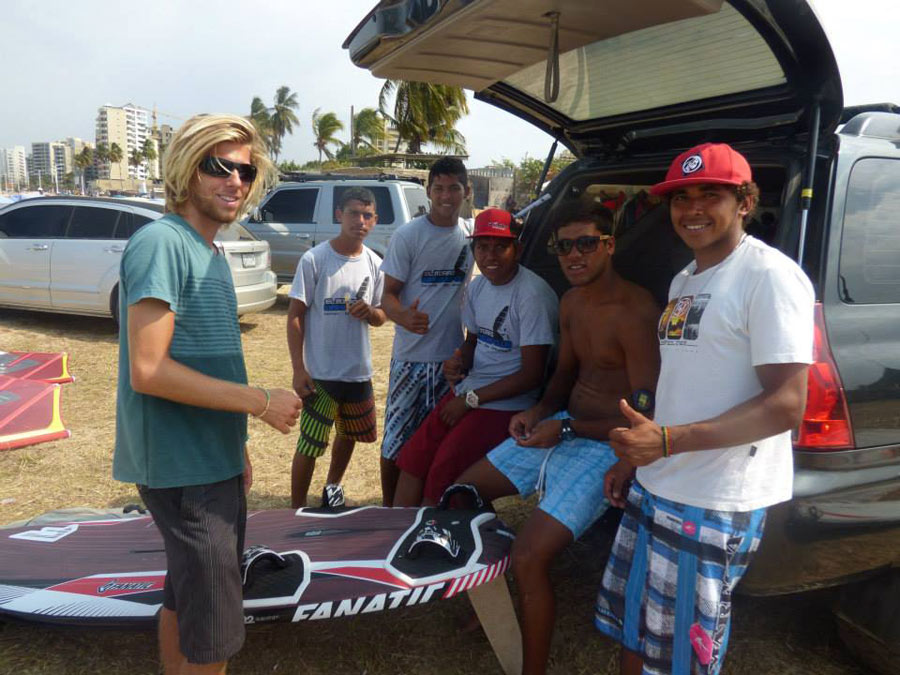 “Woow what a huge boat!!” This were Hugo’s first words when we drove on to the ferry. Last weekend we took the ferry from Margarita to Puerto la Cruz to take part in the first Venezuelan Slalom Championship of the year. It was a great event with lots of kids competing and a strong professional men’s fleet with guys like Diony Guadagnino, Gollito Estredo, Cheo Diaz, Deivis Paternina and more. While the youngsters were racing in the light winds in the mornings, the men competed in the afternoon when the thermic got stronger. The wind was quite light on the two days of competition and the men were using sails between 7.5 and 8.5. After several races, Diony Guadagnino, who had a shoulder injury in the beginning of the winter, had his comeback and took a close win in front of Gollito Estredo and Cheo Diaz. 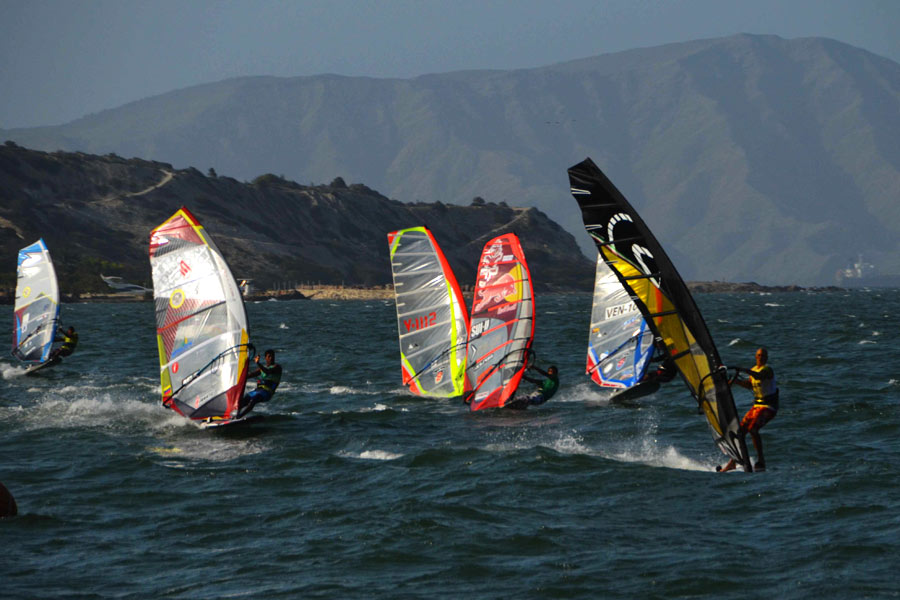 Diony Guadagnino in the leading

In the U18 category, it was a hard fight for the first places as the level of the guys was really similar. But however it was Hugo in the end who made the difference and got the first place! He was really happy with this result, as it was one of the first times he was entering a slalom event. The competition was well organized with good race directors, a nice event crew and free food for all the riders. And I want to mention once again that the young windsurfing kids get great support. All El Yaque windsurfing kids had the opportunity to travel to Puerto la Cruz and compete, all sponsored by some generous El Yaque locals.

After a great event we headed back to El Yaque were we have been training all those days. The conditions were really good and we had good luck with the wind. There was wind every day for 4.7 and three times a week we even used our 4.2.

Filming was part of the party and a lot of nice footage was taken, so you can look forward for some crazy action coming out soon by the boys! We hope it’s going on like this with the wind and that we can follow our intense training over here.

VENEZUELA
All good for us, but for the Venezuelan country it’s a bit different! The situation is really really tricky. The inflation gets worse and worse. In El Yaque as a tourist you won’t feel a lot of what is going on apart from some products that are not available all the time like milk or flour. But nonetheless all the people here are aware of the situation, speak a lot about it and keep their finger crossed for their compatriots.

I would like to share this Facebook post from Ricardo Campello with you, who wants to make an appeal to the whole world. “People, it has been 18 days of protest the country needs a change 18 innocent people died already protesting because the government is shooting some people protesting, the media is not allowed to show the world what is really going on over there and the only way is social media. The country has no food, the inflation is bigger and bigger the Venezuelan people would appreciate your help!! THANKS” Ricardo Campello. 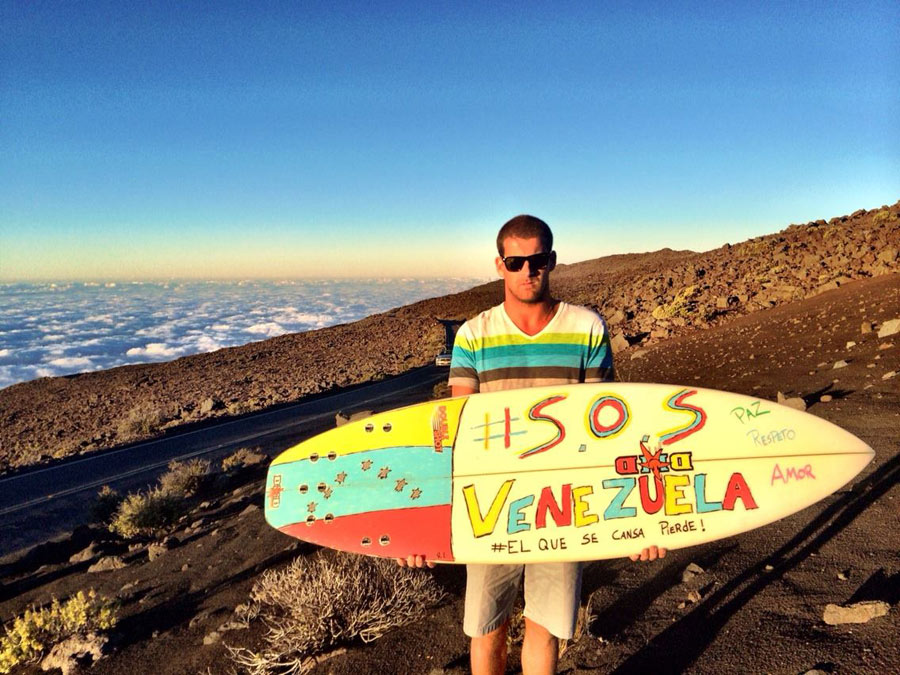 We truly hope that the situation gets better soon and that the country finds the right paths to go on for a better future. Good to hear that even though of the situation, the second Venezuelan championship will be held in Adicora this coming weekend. We are happy to take part another time at such an event and are looking forward to travel there together with Gollito by car. Adicora is a 12h travel: 2 hours ferry and 10h of fast driving. A long way to go, but the spots there and the windsurfing are apparently worth it! Let’s see what is waiting for us. More about this journey next week!! Thanks for reading.