In the middle of June Steven van Broeckhoven broke his 5th metatarsal of his left foot during an Air Kabikuchi at Dahab in Egypt. He had to undergo surgery and was not able to compete at the second PWA Freestyle event. After winning the first PWA freestyle event at La Franqui and being well prepared for the season this injury was definitely a setback for the 2011 Freestyle World Champion. He has recovered and will participate in the upcoming PWA freestyle event on Sylt. We had a quick chat with Steven about his status quo and his expectations. 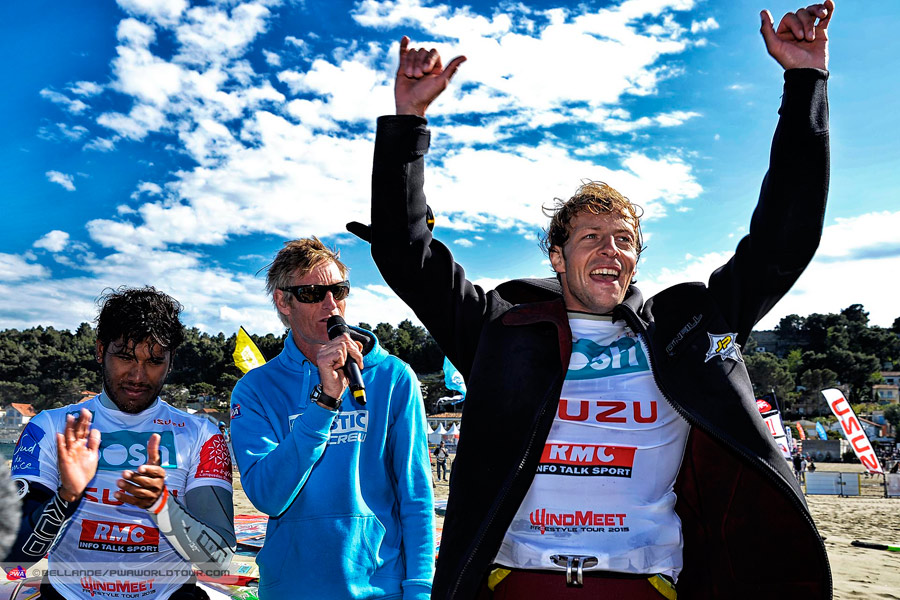 Continentseven: How are you doing? Did you recover 100% from your foot injury?
Steven van Broeckhoven: I’m doing good, I’m  pretty much recovered. I can’t say 100% but I’m back on the water 100%.

Continentseven: Are you on the same physical level like before? Or do feel even better?
Steven van Broeckhoven: Before my injury I was on my best. I trained really hard. After being out 2 months its hard to beat that level but im physical good and I am ready to compete.

Continentseven: You recently travelled a lot through Europe.
Steven van Broeckhoven: Yes after long time home I needed to escape. My trainer told me that the most important thing I have to do is to be on the water. And that’s exactly what I did. First I was at lake Garda for the Young  Guns camp and after that I drove to south of France to train together with Yentel (e.n. Caers). After France I drove to Tarifa for a few days but there was no wind. Then I was at Brouwersdam where I scored a few good sessions. Now I’m home and getting everything ready for Sylt. 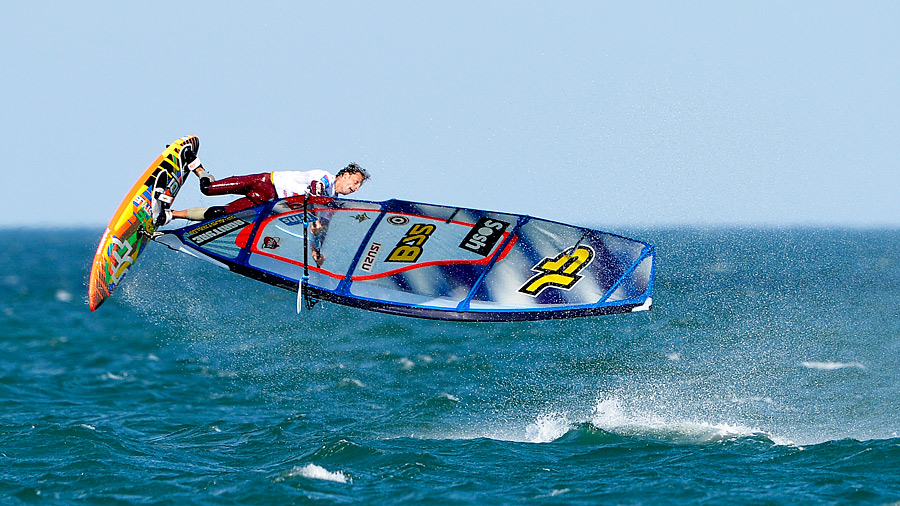 Steven van Broeckhoven with a Shifty at La Franqui, where he won the first World Cup event of the season (Pic:Bellande/PWA)

Continentseven: You mentioned you were at Lake Garda for the Young Guns camp. How did you like it working with young motivated kids?
Steven van Broeckhoven: It was super fun. The young guns where all super motivated. We had not so strong wind, but we spent as much time as possible on the water. And all of them have learned alot during that week.

Continentseven: What are your expectations for the World Cup final on Sylt this year?
Steven van Broeckhoven: Don’t want to expect anything. I go there and we will see

Continentseven: Who will win the Freestyle World title?
Steven van Broeckhoven: No idea.