Stephane Etienne is a real waterman with a lot of experience in huge swells. He lives with Nicole Boronat in the north of Fuerteventura and they both keep an eye on the big winter swells. If the swell gets big and the wind blows from the right direction, it’s time for a big wave session at one of the spots of Fuerteventura’s North Shore.

On February 20th a big swell hit Fuerteventura and Stephane was riding the waves at Puertito. It’s a spot without a beach, gnarly rocks and brutal cliffs all around paired with a lot of current and no wind at the inside.

“It was a big swell, I felt underpowered, but had at least a few good ones before the huge wipe out.. everything great ..I need some more days like this…I really hope to get even bigger an better waves in the near future” Stephane Etienne 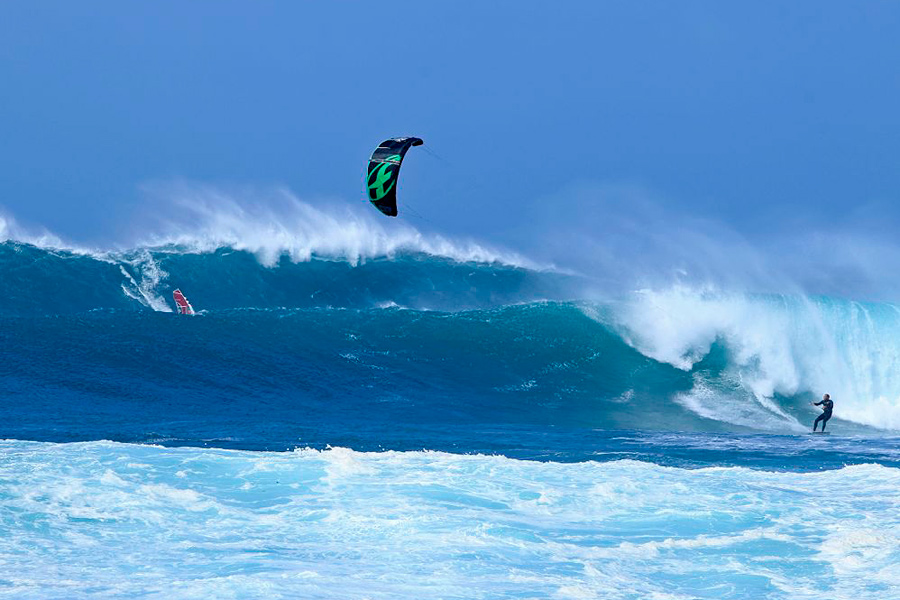 Stephane Etienne in between a huge set at Puertito (Pic: Laurent Didier) 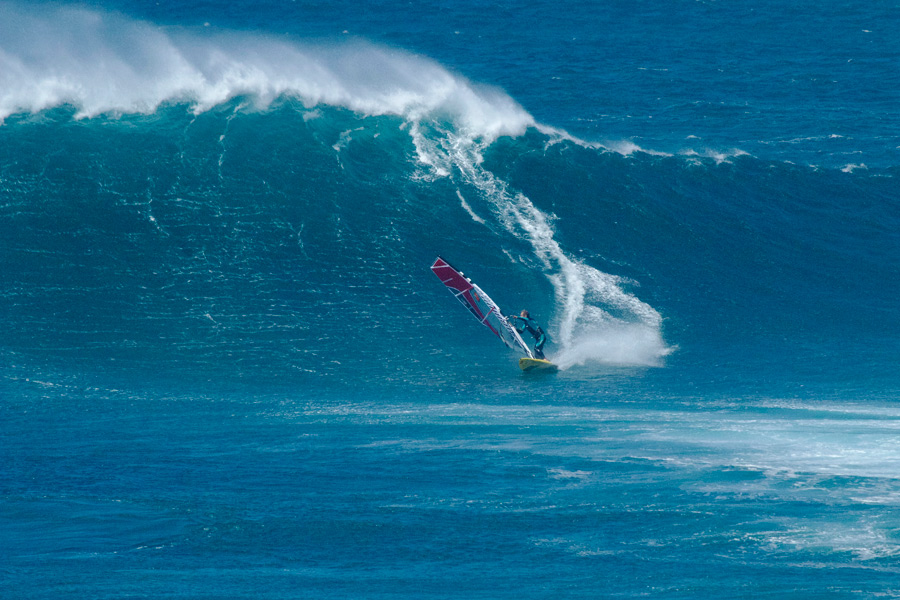 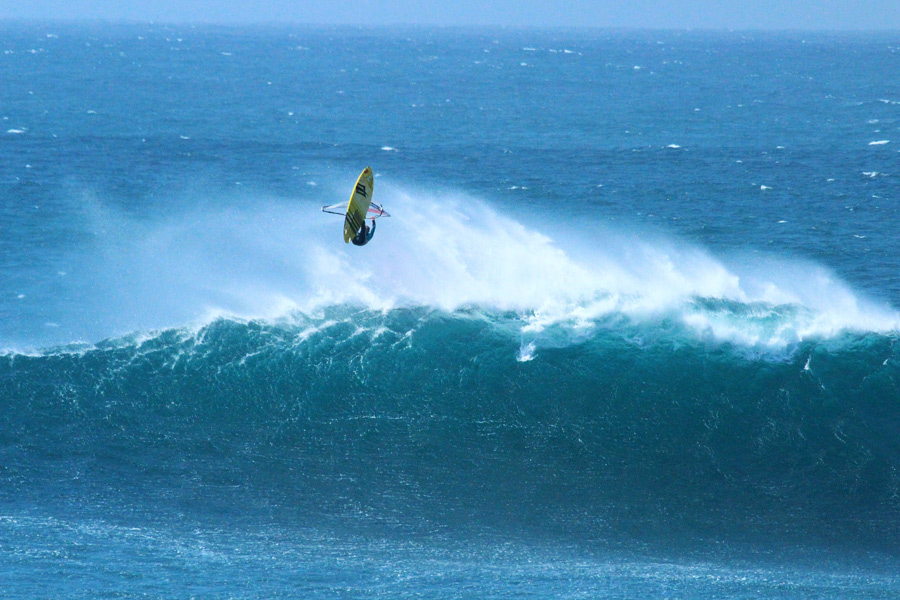 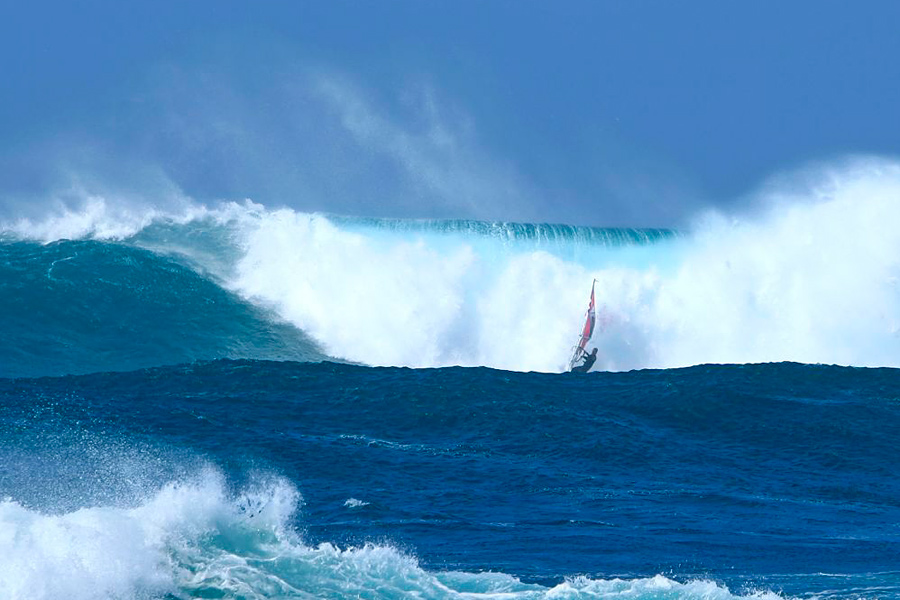 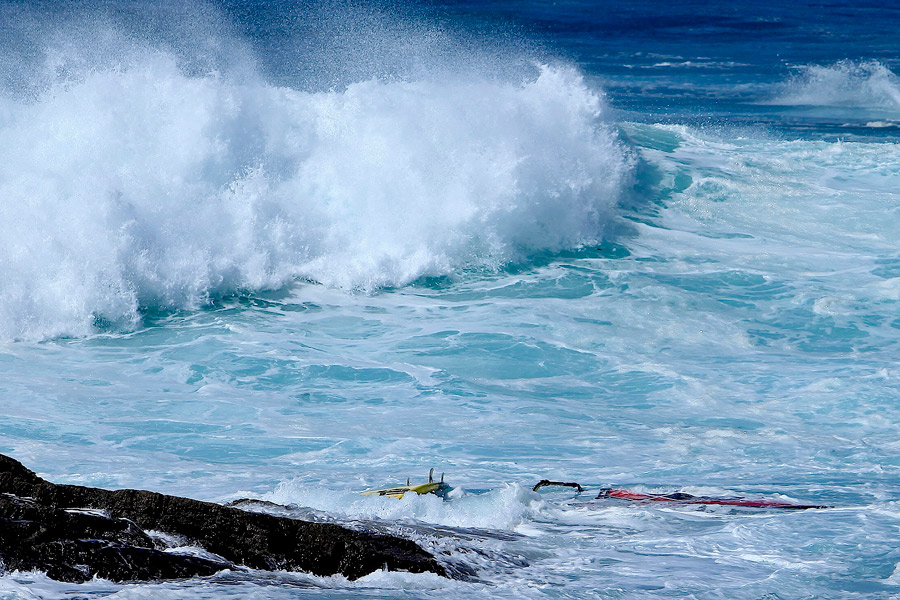 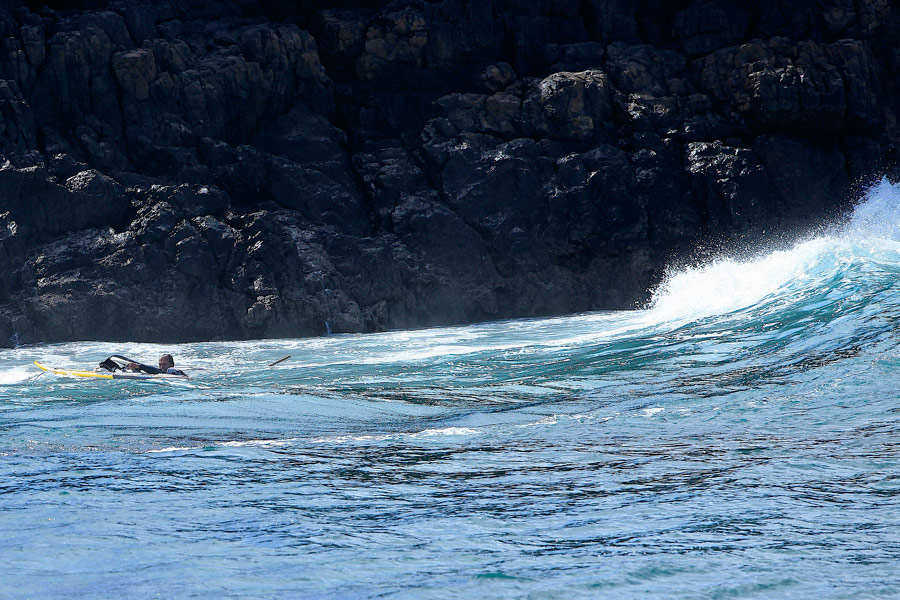 On a swim back in the bay of Puertito (Pic: Laurent Didier)

Great shots of Stephane who is a great sailor on Fuerte.