The Speed Classic event at Port Saint Louis du Rhone saw the start yesterday with apocalyptic conditions: gusts with more than 100 km/h, massive waves and Björn Dunkerbeck in the lead. 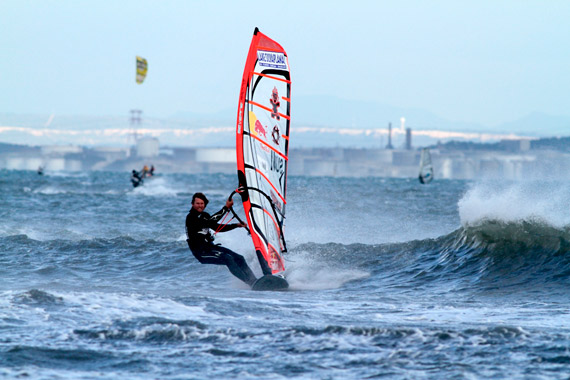 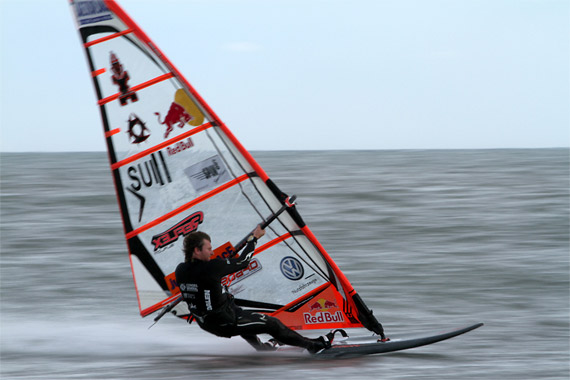 On the first day of competition the Mistral wind offered a magnificent show at Napoléon’s beach next to the town of Port Saint Louis du Rhone. The playground was really hard to deal with for competitors. The extremely strong wind blew in peaks with more than 110km/h and nasty waves hammered on the run making it even harder to find a good continuous speed. The 44 windsurfers and kitesurfers fought hard to achieve the best possible time on the 500m run. 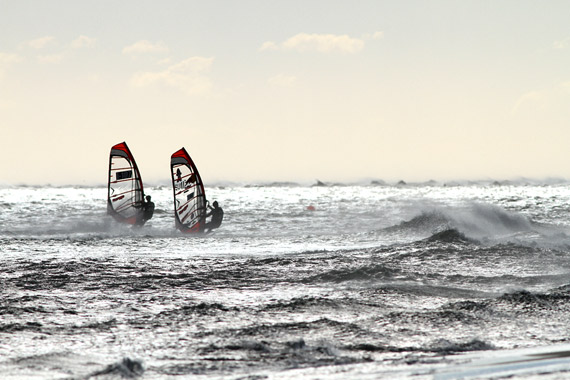 Several riders from outside France travelled to South of France to get some good speeds set during this event and give the event an international atmosphere.
The most known one is Björn Dunkerbeck (SUI-11), who started on his new developed speedboards and won the first round! “The participation of the  multiple world champion has transformed this French Cup into an international competition with high standards,” the organisation stated.
41 year old Björn, who just arrived from the International Sportnight in Davos could win the first round with the best average speed recorded at almost 70km/h (35.76 knots). The 26 year old local rider Cedric Bordes (F-91) has almost created a sensation by making the best topsped of the day at 35.96 knots, but missed some knots in the average 500 m speed. In third position followed Benoît Moussilmani (F-1) from Marseille. 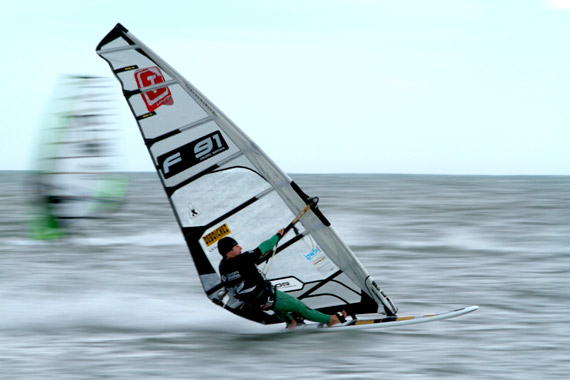 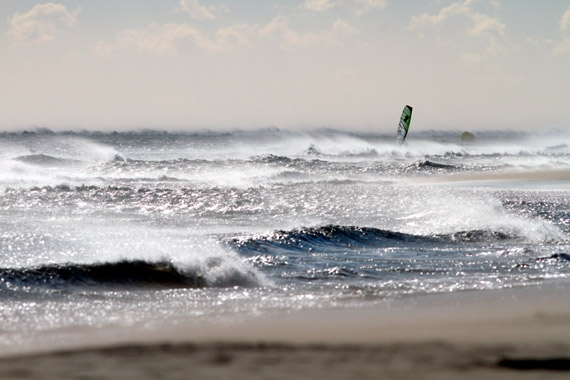 Benoit Moussilmani made it in the top 3. (Pic: Jean Souville/Speed Classic 2010).

Kitesurfer Alex Caizergues, absolute speed sailing vice record holder and first man, who has reached 100km/h on the water and female kitesurfer Charlotte Consorti, who is holding the absolute world record for female sailing and first woman, who has exceeded 50 knots on the water and some other specialists went for top times. Unfortunately for them the course was not really suitable this time.  Alex fixed a nice time at 33.71 knots and won the first round of the kitesurfers. But this time the windsurfers were dominating in the men´s class. Alex finished in 12th overall.
In the women fleet, Charlotte Consorti imposes herself over the windsurfer Fanny Aubet, Melanie Augé and Zara Davis with a 27.60 knots average run on the 500 m.
Today it is a quiet day at Port St Louis du Rhone and the Mistral wind does not seem to rise in the early afternoon. The forecast seems optimistic for tomorrow and could allow the Speed Classic organization to launch a second round. Yesterday’s races can be watched on the GPS replay thanks to the geo-localization partner MyGeolive.