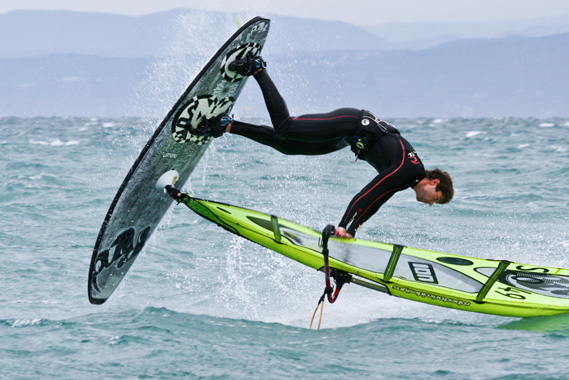 Andraz Zan says: “Luckily north wind- Bora kicked in and green light for competition was switched on. The conditions in Izola are always very hard. This time the wind brought some fresh air from the snowy mountains and made everything even more difficult. Freestyle is freestyle, nobody was complaining too much and we had a perfect event. There was a double elimination with super session at the end and everything was going without problems. Some new faces came to compete and some known faces impressed. I was sailing better than ever this year in my heats there for I won every heat. My goal was to defend the title from last year so I am happy to win again. I have to say also respect to all the ladies, they were sailing very very nice. I hope next year we will see more competitors especially young guns and girls.”