The Adria Sport Club and the Shimuni Camping & Village organize the Shimuni Extreme Speed One Hour Slalom III, which will be held from the 17.09. till the 19.09.2010 at the Kamp Šimuni on the Croatian island of Pag. It´s a one heat one hour race, which will be held onec in conditions of 14 knots or mor ewind. If the wind should be less strong than 14 knots only a fun race will be held. And the first 40 registered competitors get a free accomodation in the luxury mobile home in the camp. 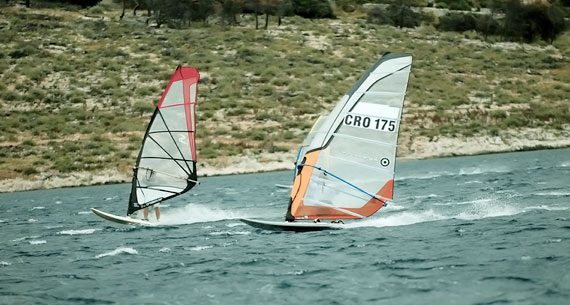 “The this years competition is the third one on Pags in a row. We started back in 2008 to run racing events. The goal is to make this competition bigger and to represent windsurfing as a sport and new segment of touristic offer in Pag, Croatia,” the event organzer Lana Bozovic stated. 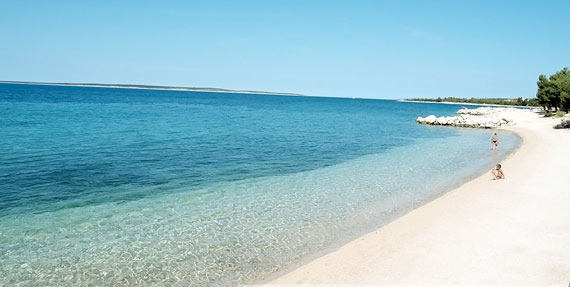 Racing at the Shimuni competition on the Croatian island of Pag (Pic: www.camping-simuni.hr).

Extra infos by the organisation:

+ The race will NOT be held in accordance to ISAF Racing Rules of Sailing 2005 – 2008 (RRS), IFCA,Class rules; Croatia Cup rules, but with Notice of Race and Sailing instructions.
+ The event is NOT part of the Croatian cup, Adria cup and Super cup.
+ The race is NOT classified as “C” category in accordance to ISAF Advertising code. All competitors may not display stickers according to Organiser requirement. When registrating, all competitors are not required to show their National Association’s advertising Licence.
+ All competitors don’t have to comply to ISAF participation Codex and the evidence of such compliance will not be requested when registrating.
+ Entries must be sent to Organisers by e-mail, not later than 15.09.2010. Entries must be sent on the Entry form Shimuni Extreme 2010 and must be personally confirmed in Race Office according to time specified in race programm.
+ Sailing instructions will be available in Race Office during competitors registration. The Race Office will be situated in front of the Old Ship in front of the Windsurfing Base Shimuni.
+ Entry fee is 150 – kn (20 EUR).
+ Start of the first race is scheduled for 17.09.2010. at 6.00 PM. Initial briefing is scheduled for 17.09.2010. at 5.00 PM, what means we are expecting you around noon.
+ Racing field will be located in front of the Diamond Bay in front of the Mali Raj restaurant, Pearl