Robby Swift about his injury – Interview

Robby Swift recently broke several ligaments in his leg while he stayed in Chile, Matanzas. Now he can´t compete in the upcoming PWA events in Klitmöller and Sylt. We hooked up with the top wavesailor from UK, who lives on Maui to get the latest news on his current situation. Robby looks positive in the future and has some secrets to disclose. Read the interview to be updated! 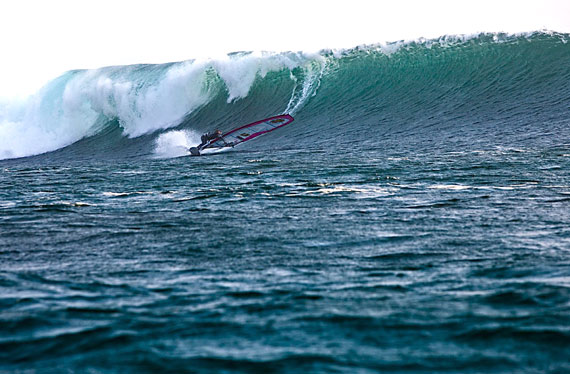 C7: You broke your foot while training in Chile recently? How did it happen and what bones or ligaments did you break exactly?

Robby Swift: I broke it doing a 360 on a pretty big, hollow wave at Roca Cuadrada, right in front of my house. The ligaments I broke are called the lisfranc ligaments. It is a very common windsurfing injury, the same one i did to my right foot before. It’s a painful break and a hard recovery but at least I know that it will get back to 100% before too long as I have already been through the same thing on my other foot.

C7: Was it bad luck or did you take too much risk this time?

Robby Swift: I think it was just bad luck. The waves were pretty huge that day, it was 4.7m and 18 seconds on wind guru, but by the time the southerly swell had wrapped around to the wave in front of my house, it was only about mast and a half high, but extremely powerful. I did the 360 in the right place there, but the wave was really hollow and it kind of ate me when I landed. I had both feet in the straps and landed flat on my board so it was really just a compression injury. I didn’t think it was that bad at the time as the water was very cold, but when I got back to the beach I could tell something was wrong. I had been surfing all morning and had had some much worse wipeouts than that, so I was feeling pretty confident when I started sailing. In the end of the day it was just bad luck. You can’t hold back from doing radical things because then it would be no fun! 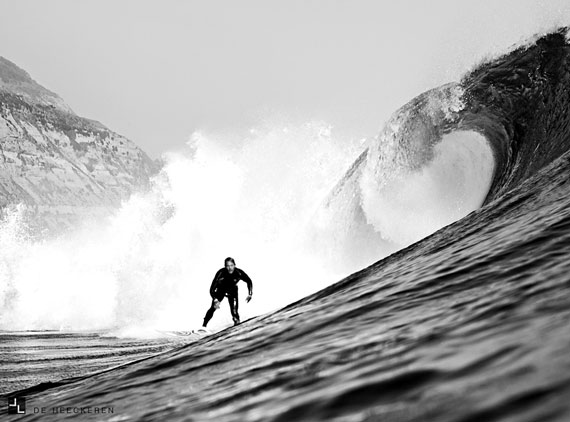 C7: Did you have an operation?

Robby Swift: Yes, I had the operation a couple of weeks ago and the surgeon says that everything went well. I will get my cast off in 6 weeks and then get onto the rehab program with Team MPG.

C7: How many times did you have a break in your career due to injuries so far?

Robby Swift: This is the third time, I broke the other foot twice, but only because I didn’t have the operation the first time so the injury never healed properly. After the operation, the right foot felt much better than before the second break and I haven’t had any problems with it since. Hopefully bad things come in threes, so I am keeping my fingers crossed that this will be the last time. 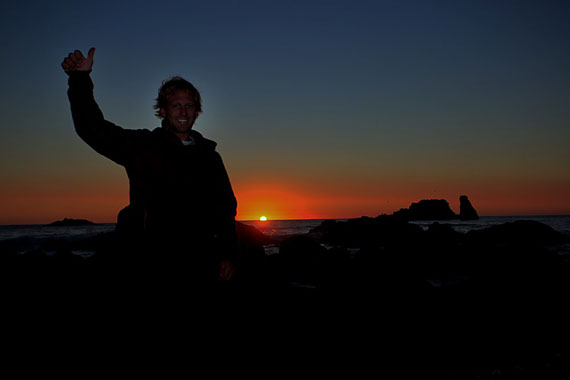 Robby at the sunset at one of his favourite spots (Pic: Heidy Clawson).

C7: How do you feel now? There would have been two more events on tour for the 2011 ranking and you were placed in 9th position after two competitions?

Robby Swift: I am pretty gutted. I was in a good position on the PWA worldtour. I like Denmark and Sylt and have done well there before. I have been training a lot of port tack in Chile. So I was feeling confident. I feel like I had bad luck this year with the draws, coming up against Philip Köster in the quarter finals in both Gran Canaria and Tenerife so I was hoping to have better luck in Denmark. It’s over now though so I just have to look ahead to next year and make sure I do everything possible to recover 100% as soon as possible. 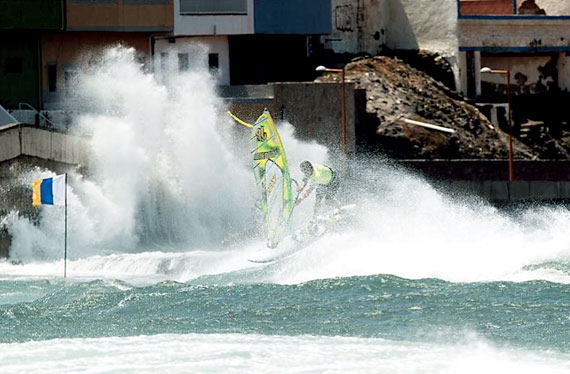 C7: Right now you have a cast!

C7: You are 26 years old now. So you work hard to be back on tour as soon as possible, right?

Robby Swift: Yes, I am hoping that we will have Cabo Verde in February/March next year and I want to be fully recovered and have had a good few months training in Maui before that. Heidy and I are getting married in February too, so I have to be able to dance at the wedding! 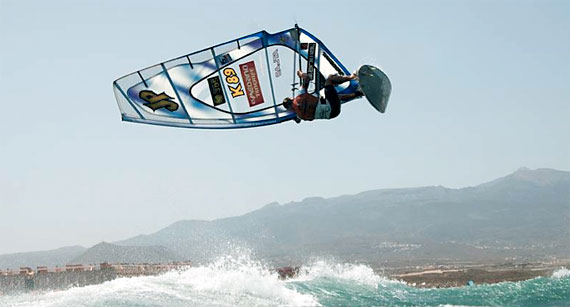 Robby at the PWA event on Tenerife, El Cabezo, when his leg was fine (Pic: PWA/Carter).

C7: Will you visit the waveevents in Denmark and Germany?

Robby Swift: Yes, I will be coming along. Heidy has to film and I will be helping with the editing, I will also be commentating for the live streaming in Klitmöller and will probably help out with that in Sylt too, I would imagine.

Have to say it looks like Philip Köster all the way at the moment. He has had two amazing events in GC and Tenerife. Klitmöller should have similar conditions to that and  Sylt could be similar too so my money is on him!

Thanks a lot for the interview and we wish you a quick recovery!!!

That’s a nasty injury Robby. I hope everything goes well and you’ll get back on your usual top form! Stay strong!