The Reunion Wavecalssic is now on for 7 days already. We try to summarize what happened in the last three days:

On day 5 the organization and the riders decided to go for a teambattle, which has been held at the dangerous spot of Ravine Blanche. This spot was the only one working. The wind and the swell had a suitable direction. This competition got seen as a demo event.

3 heat in a raw got sailed in 1 – 3 m high waves and 35 + knots of wind. The team of Thomas Traversa andSteven  Pichot dominated this competition till the end and could defeat Julien Taboulet and Pierre Godet  in the final!

“Pichot and Traversa scored with incredible jumps, double forwards of both , stalled backloops and forwards, big surf for Traversa, while Pichot nailed clean forward loops. It was a close battle, but ultimately they prevail against Taboulet and Godet. They both lost despite enormous dry backloops, tabletop forwards and aerials.” 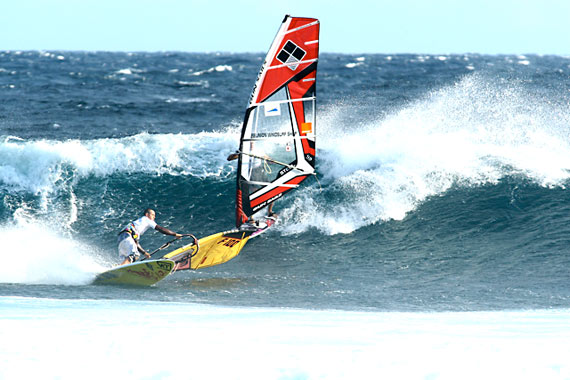 On day 6 the show went on. A best trick session at Ravine Blanche got announced. In less hardcore conditions with 1 to 2 m high waves and 25 to 30 knots of wind – still enough to break a lot of gear -Thomas Traversa was on fire again.

The frenchman scored with unreal manoeuvers like a forward off the lip, clean air takas and a sort of “air cheeseroll” into the wave! No comment. The judges scored Thomas with the maximum points, allowing his team to win this winners final ! The result was an unofficial one and did not count for the overall ranking like the result of the day before. So overall 3 full rounds are counting still.

Day 7 saw a kids teaching clinic in the morning hours at St.Pierre at a sheltered bay. Local kids were tought by the pros for 1,5 hours. It was a big success. The TV crew was there and the kids received little presents after their lesson on the water! 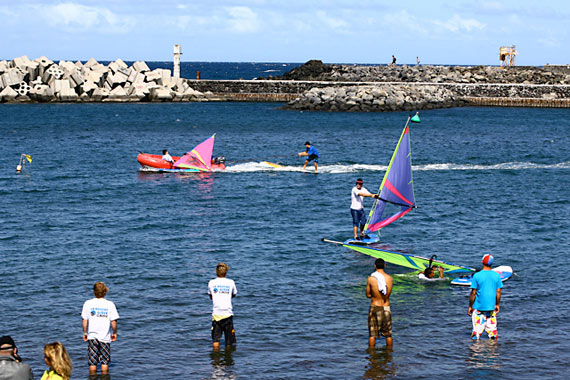 In the afternoon a supersession was held at Ravine Blanche. The conditions were tricky: 1-2 m high waves and 25 to 30 knots. But it was hard to get the right timing. The proof for this fact were 4 broken masts plus two ripped sails. Thomas Traversa, last years number 5 on the PWA wave tour, dominatd again and could win this supersession. 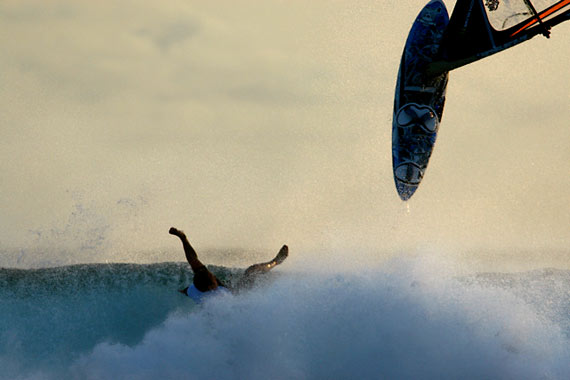 Still in the clear lead is team 2. The forecast for the upcoming days is not so promising, but the island can surprise with better conditions than predicted!

chris2010-09-03T12:54:49+02:00September 1st, 2010|
Subscribe
0 Comments
Inline Feedbacks
View all comments
This website is using Google Analytics. Please click here if you want to opt-out. Click here to opt-out.
0
0
Would love your thoughts, please comment.x
()
x
| Reply
We use cookies to ensure that we give you the best experience on our website. If you continue to use this site we will assume that you are happy with it.OkNoRead more