Ravine Blanche proofed its qualities again on day 8. Despite miserable forecasts the wind and waves were up and after many days of unofficial battles the 4th official round could be sailed. The wind was in between 15 and 20 knots and the waves from 1 to 2 m high. All 12 sailors were fit and could take place in the battle. 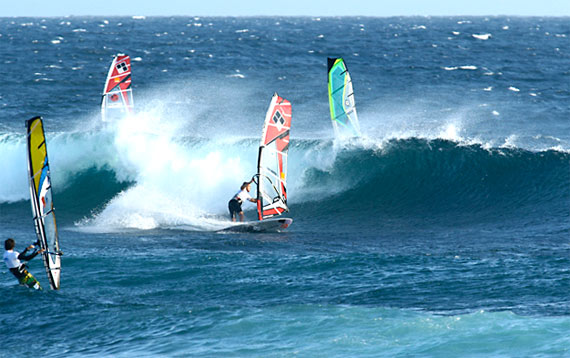 The conditions on day 8 at Ravine Blanche (Pic: Gilles Calvet).

In heat one local Zabala was winning, followed by Beaux in second position and the locals pichot and Frappat in 3rd and 4th position. Zabala, who recovered from the hard crash against his boom, had awesome onehanded aerials in the 20 minutes long heat.

Heat 2 got dominated by Thomas Traversa, in 2nd Juban, in 3rd Godet and last Caste. Traversa made most out of the waves, but Juban came really close with tweaked aerials and perfect waveriding. 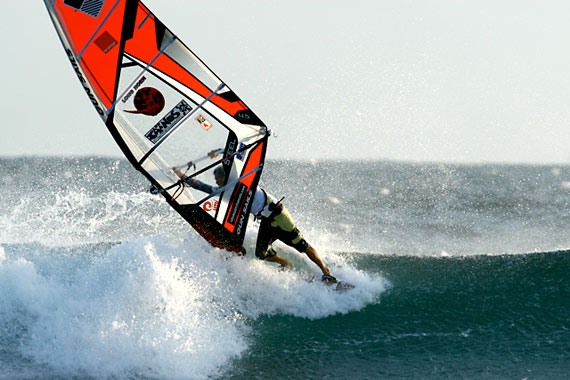 In the third heat Jamie Hancock surprised with a big show and the highest aerial of the day. On his heels followed Julien Taboulet, who sailed great as well, but lost much time on the inside, where the wind was down. Zane Schweitzer made it in 3rd position and everybody was really surprised that he could sail that crazy despite his painful leg. He nailed a big aerial.

After day 8 team 2 still keeps the lead, but it got quite close. Team 4 is just 3,5 points behind and could take the lead after the next elimination. 3 more days are to go. The next run could be started tomorrow! 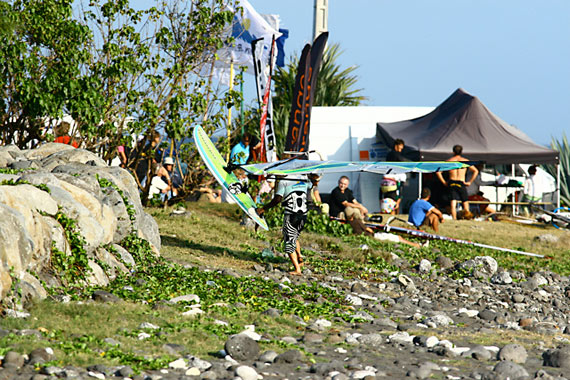 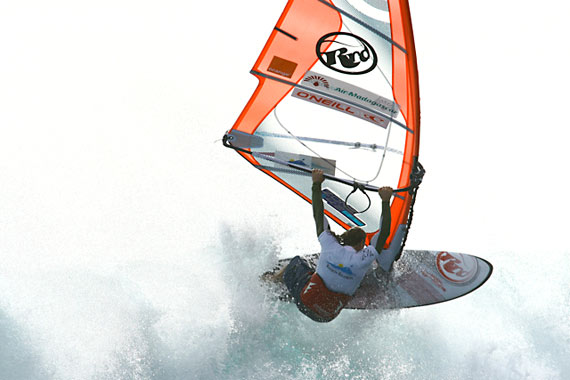 Fabrice Beaux is still leading with his team after round 4 (Pic: Gilles Calvet).

And looks like there are not too many chances to run further rounds, perhaps one more on Saturday:
http://www.windguru.cz/de/index.php?sc=98320

fabrice on top… great (no)-news…he is super stilysh…
in the water and outside as well!